We are used to thinking of many of the psychological problems of adulthood as stemming from a lack of adequate love in our early years. We grow mentally unwell – prey to underconfidence, anxiety, paranoia and shame – because, somewhere in the past, we were denied the necessary warmth, care and sympathy.

But there is another, more curious, and more subtle problem that may arise from childhood years: what we can term the Golden Child syndrome.

We may wind up mentally unwell not so much because we were ignored or maltreated but because we were loved with a distinctive and troubling over-intensity, because we were praised for capacities that we did not possess and could not identify with and because we were asked – with apparent kindness but underlying unwitting manipulation – to shoulder the hopes and longings of our carers rather than our own deep selves.

There are childhoods where, upon arrival, the infant is quickly described by one or more of its parents as profoundly exceptional. It is grandly declared uncommonly beautiful, intelligent, talented and resolutely set for a special destiny. Not for this child the ordinary sorrows and stumblings of an average life. While perhaps still no taller than a chair, the offspring is firmly described as a figure whose name will reverberate down the centuries.

On the surface, this could seem to offer a route to enormous self-confidence and security. But to place such expectations on someone who still struggles with their coat buttons can, paradoxically, leave a child feeling hollow and particularly incapable. Unable to sense any resources within itself to honour the hopes of those it loves and depends on, the child grows up with a latent sense of fraudulence – and a consistent fear that it will be unmasked. It winds up at once grandly expecting that others will recognise its sensational destiny – and entirely unsure as to why or how they might in fact do so.

The Golden Child cannot shake off a sense that it is very special – and yet can’t identify within itself any real grounds why it should be so. Its underlying longing is not to revolutionise nations and be honoured across the ages; it is to be accepted and loved for who it is, in all its often unimpressive and faltering realities. 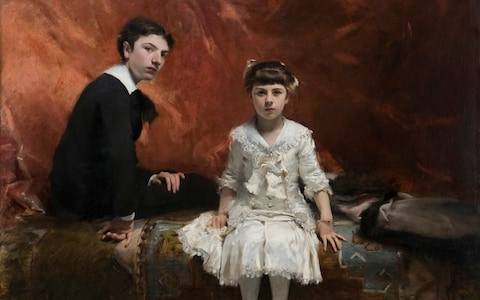 It wishes, as we all do, to be seen and accepted for itself; to have its faults and frailties forgiven and acknowledged, rather than denied or glossed over. It is in the end as much of an insult to one’s authentic reality – and as psychologically painful – to be praised for great things one hasn’t done and could never do, as to be attacked and blamed for sins one is innocent of.

The phenomenon suggests that true love should involve an agnosticism around a child’s eventual level of worldly success. It should ideally not matter to the parent where a child ends up – or rather, it should matter only in so far as, and no further than, it matters to the child.

Parents who see their child in golden terms are not – of course – consciously cruel. They are merely, with tragic fervour, misdirecting energies that have failed to find a better destination, the child covertly being asked to redeem a career that did not go as expected, a depressed mood that did not lift or a marriage that proved unusually intolerable.

The Golden Child is, over time, destined for a moment of breakdown when the hopes invested in it fail to be realised. The Golden Future will, it starts to be clear, never materialise, but a bigger prize awaits: a feeling of liberation from expectations that were always disconnected from reality. The Golden Child is freed to enjoy a momentous truth: that a life does not need to be golden in order to be valuable; that we can live in baser metal forms, in pewter or iron, and still be worthy of love and adequate self-esteem. And, even though this has nothing to do with the original expectations one was asked to shoulder, that realisation will be the truly exceptional achievement.

Given how important it is to be properly loved by one’s parents in order to have an emotionally sane grown-up life, one may wonder with some urgency why – in cases…

Part One: What Happened? Necessarily, there were things that went wrong in childhood: our parents were imperfect; there were difficult situations we were exposed to; there were problems we had to…