On Philanthropy - The School Of Life

Our society really admires it when rich people give away huge piles of surplus money towards the end of their lives, particularly when they donate large sums of it to the arts. It seems so noble and so good. What nice capitalists they are. How grateful we should be to have them in our midsts!

In recognition, sometimes these rich donors have a gallery named after them where their masterpieces hang, dinners are given in their honour and the odd title may be thrown their way. They really seem wonderful. 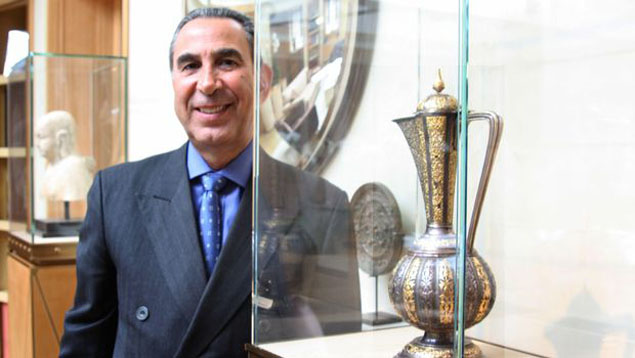 This big capitalist made lots of money in shopping malls; now he has given lots of it to preserve beautiful jugs in elegant glass cases

Take for instance Nasser David Khalili, one of the world’s richest men. Iranian born, resident in London, he amassed a fortune – in the many billions – building and selling shopping malls in far flung and rather challenging locations. His money safely accumulated, he has now begun to give away large chunks of it to philanthropic causes. As with many rich people, his dominant interest is art: the greatest share of his surplus wealth has been directed towards the acquisition and display of masterpieces in a variety of genres. He has sponsored exhibitions at the Hermitage in St Petersburg and the Institut du Monde Arabe in Paris: he has given large sums to Oxford University and lent his art collection, revolving around Islamic masterpieces, to the Victoria and Albert Museum in London and the Metropolitan Museum of Art in New York.

In its combination of money-making and art, Khalili’s trajectory follows in the footsteps of great plutocrats like Andrew Carnegie, Henry Clay Frick or Andrew Mellon. They made money in so-called ‘low’ areas of the economy; like coal mining, railways, abattoirs, and packing factories – areas where you squeeze costs as tightly as you can and are always looking to reduce benefits as much as possible. However, once the money is in the bank, these rich people wholeheartedly turn their attention to ‘higher’ causes – among which art (and all that it celebrates, like kindness, beauty and tenderness) looms especially large. 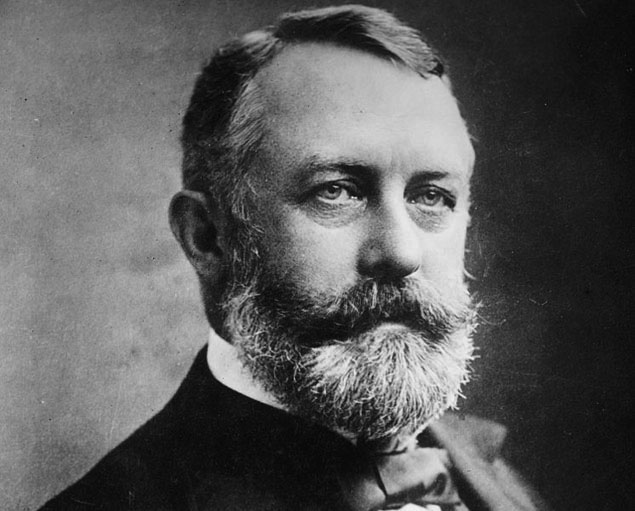 Henry Clay Frick: made a fortune from abusing the efforts of thousands of steel workers, then built an art gallery full of fine and tender things: 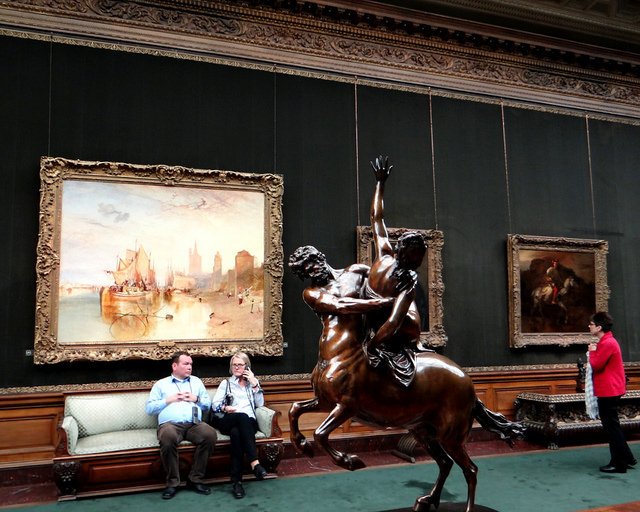 Blackened faces and bent backs helped to bring about this moment

We suggest a different path. It’s not ideal to ignore the higher needs of mankind for many decades while pulling together an astonishing fortune and then, later in life, suddenly to rediscover these higher needs via an act of immense generosity towards some localised little shrine of art (an opera house or a museum). Would it not be better and truer to the values underlying many works of art, to strive throughout the course of one’s life, especially within the money-generating day-job, to make kindness, tenderness, sympathy and beauty more alive and real in the world?

Tantalisingly and tragically, the difference between beauty and ugliness, goodness and cruelty is in most enterprises a few percentage points of profit. Therefore, for the sake of just a tiny bit of surplus wealth, wealth that isn’t strictly even needed, human life is daily being degraded and sacrificed.

Would it not be more humane if rich business people agreed to sacrifice a little of their surplus wealth in their main area of activity and in the most vigorous period of their lives, in order to render the workplace more noble and humane – and then bothered less with dazzling displays of artistic philanthropy in their later decades? Would it not have been better for all of us if rather than making money through selling Scotland’s hideous Cameron Toll shopping centre only then to give a portion of the cash away to the Hermitage Museum, Mr Khalili had made slightly less money, but done so through building beautiful shops and houses that could have enhanced the tenor of everyday life across the modern world?

What we’re asking for is enlightened investment where a lower return is sought on capital in the name of Kindness and Goodness. There would be less fancy art at the end of it, but the values within works of art would be far more widely spread across the earth. 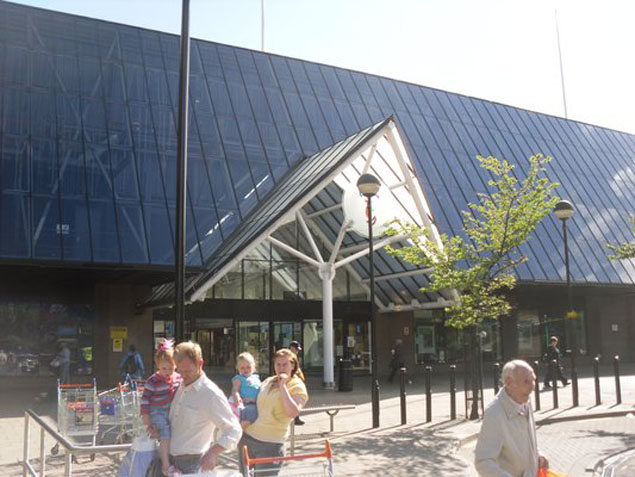 Ugliness sponsors beauty: The profits from here ended up helping the Hermitage museum

Part of the reason why the present system survives has to do with the way status is offered. This is a key part of the jigsaw and we ignore it at our peril. The rich currently get a huge amount of status from making big philanthropic donations to the arts. However, they would get no respect – indeed only pity and disbelief – if they claimed to be limiting their wealth-making potential by running their businesses in ways that made daily life slightly nicer for employees and society. There is more status to be found in exploiting mines, rainforests and call centres with ruthless abandon for three decades then, your animal energies having run dry, putting on a black tie jacket and funding an opera house or museum of 17th century still-life from the proceeds. This strategy has to it a glamour far greater than the infinitely more humane and therefore in the deep sense ‘artistic’ task of steadily building a more agreeable world for people at a modest 3% annual rate of return, which at the end of life, leaves you little except for the inherent satisfaction of having done something worthwhile with your years.

Enlightened Capitalism requires new kinds of patrons interested in making money, but willing to sacrifice returns for the sake of higher goals. Take London’s Regent’s Park and Regent’s Street. They are both beautifully elegant and brilliantly commercial developments. People like to visit them even now. 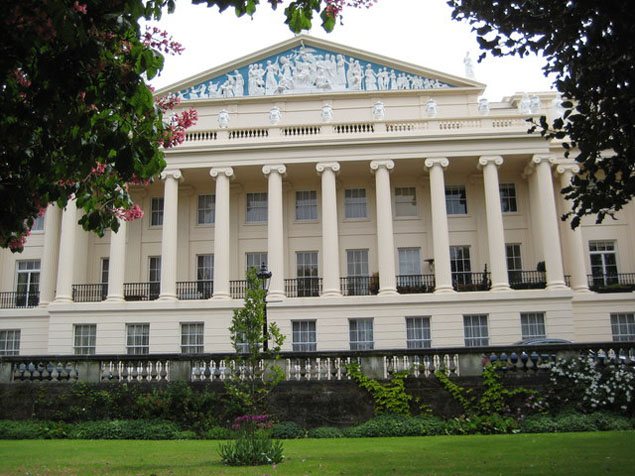 We might learn from the attitude of the guy who built them, the Prince Regent, later George IV. The Prince had more than one motive for the huge scheme. Certainly he wanted and needed some money from leasing the new buildings. So there was a Capitalist base to the project. But he also wanted to make a fine and permanent contribution to the beauty and grandeur of his capital city – and was prepared to take a huge hit on his profit levels to guarantee this. He succeeded in both aims.

The rich are a product of capitalism, but they are ideally suited to correct some of the problems: They can afford to take some of the risks to get capitalism to address our higher needs – which means bearing risk (rather than simply writing off the money (which is the idea of philanthropy). Profitability should be the eventual goal and is important because it is a signal that enough people value something that they have become ready to pay for it: it is a sign that one has worked out how to get the value of the product authentically into people’s lives.

Rather than idolise or excoriate the rich, we should work out what private wealth is good for. If there are going to be rich people, what role should they ideally be playing? And what would potentially be missing in a society where no one was rich? At the moment the rich tend to be seen as having to two duties to society: poverty alleviation and art philanthropy. These ways of giving back to society can seem, at first, rather nice. But they run up against serious problems. Even though a rich individual has – of course – a huge amount of money in comparison with most people, they are still puny in comparison with the scale of the issue. Their resources won’t go far. Someone with a billion pounds could give GBP 15 to each person in the UK – or 13p to everyone on the planet. It would be an astonishing gesture, but would produce no lasting benefit. Poverty alleviation is really important but an individual giving away their money can’t solve it. It requires the actions of the state.

As for artistic patronage: Art is surely a lovely thing. But even more valuable are the sort of things that the works of art we love celebrate: kindness, empathy, goodness, beauty. At the end of the day, it is far better that these qualities have more of a place in our offices and factories than that we add yet another museum or ‘masterpiece’ to the nation’s collection. It’s far closer to the real spirit of art to run a factory that’s attractive, to be kind to workers, and to treat colleagues well than to bully, fight and exploit for a lifetime, then give a Renoir to the National Gallery in one’s last years. 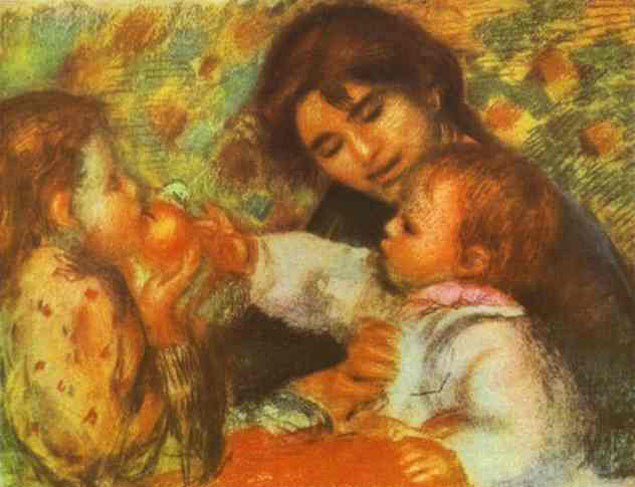 Don’t buy the picture and give it to the nation; try to make the sweetness and kindness in the picture more possible in day to day life (for example, by giving workers more time off to be with their families)