How to Approach Strangers at A Party - The School Of Life

How to Approach Strangers at A Party

A party at the house of a friend, eleven o’clock, on a still-warm evening. A metre away from you, a group of people are chatting animatedly. Someone is telling an anecdote, it might be something about a train ride they took or the mishaps on someone’s bicycle, and their companions break in occasionally with rich laughter and stories of their own. The group as a whole seem confident and attractive and the main narrator especially so. But there may as well be a high solid brick wall or a lamprey-filled moat between you and they. There is resolutely no way you could ever move in to say hello. You smile your characteristic weak, loser’s smile, pretend to study the bookshelf – and leave the gathering ten minutes later.

Much of the advice is about what one might say in the circumstances. It could be better to start somewhere else: with what one should think. Chronic shyness is a guess about what other people are like. Though it doesn’t feel like it when it has flooded us, it reflects a rationally-founded assessment as to the nature and intentions of other members of our species. It is not a chemical imbalance or an impulse: it’s a philosophy – albeit a deeply unhelpful one.

Its essential assumption is that other people are self-sufficient, that they do not lack for company, that they are not alone with anything, that they understand all they need to know – and that they do not share in any of our frailties, hesitations, secret longings or confusions. This echoes, in an adult form, the assumptions a child might make of their teacher, a competent stern grown-up who appears never to have been young, silly, tender or interested in a pillow fight.

This lack of faith in the humanity of others is a natural tendency of our minds. We go by the external cues – and few people feel safe enough to display their vulnerabilities. We therefore come to assume that we are living among superior, metal-plated cyborgs rather than fragile, water-filled uncertain entities. We cannot believe that most of what we know of our own minds, especially the self-doubt, the anxiety and the sadness, must exist in those of strangers too. 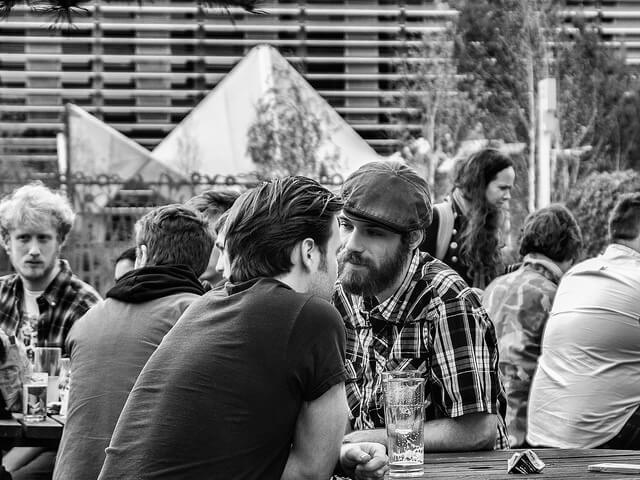 We forget that we also give off few signals as to what we’re really like. We too are filled with emotions and interests that we inadvertently end up hiding, that others might not normally expect of us – and that could easily lead a stranger to misjudge us and feel intimidated.

But we’re slow to convert this crucial insight into a social strategy, into a confidence-inducing knowledge that others must also, as we do, harbour requisite doses of warmth, longing, curiosity and sorrow – the ingredients from which new friendships are built. A seemingly happily-married person might have a lot of agony around the course of their relationship; a pugnacious sportsman might suffer from chronic anxiety and shame; a CEO might have vivid memories of their struggles and a lot of space in their imagination for people whose careers have yet to take off. A very intellectual person might – internally – be longing for a new friend who could patiently encourage them to dance (or forgive their inept girations). Our error is to suppose that the way a person seems is the whole of who they are: our anxiety closes off the core fact that we are all much more approachable than we seem.

The key to self-belief – and to the mindset of being able to talk to strangers successfully – doesn’t lie in strenuously insisting on our own merits; its source is a more accurate and less forbidding mode of imagining the inner lives, and especially the inner troubles, of others.