On Envy - The School Of Life

Despite good intentions, modern societies are profoundly unequal. Yet contemporary culture encourages the feeling that in crucial ways, everyone is, in fact, on the same footing. Not in terms of current possessions and status, but in terms of potential. Today, you may be short of cash, low on prestige and bruised by rejection. But these are – so it’s insinuated – transient troubles. Hard work, a positive attitude and a couple of bright ideas can fix the issue in due course. There are always some encouraging stories circulating: for example, of the guy who trailed around South America for five years not doing very much of anything, then came back home and started a business making sportswear that got sold for just short of a billion. Or the woman who made a fortune with a retail recommendation app created in her kitchen. 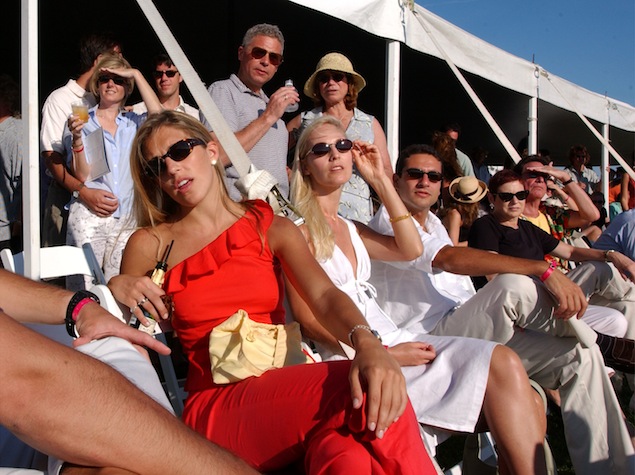 Traditionally, the thought that someone somewhere had some great asset you lacked (a business, a prestigious job etc.) would have felt like an impersonal fact, with no bearing on your inner life, because there was no possible route from where most people were to the possession of such a thing – anymore than a peasant could hope to become a knight. 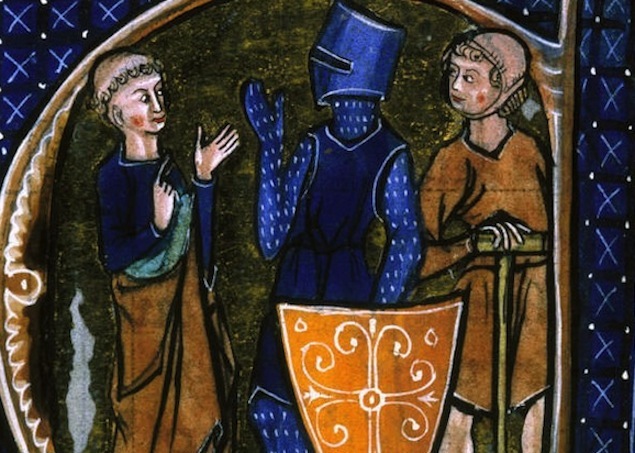 Where it doesn’t feel like there’s a possibility, there is no envy

But the spirit of modern society is one of intense equality, which is a torture in terms of envy, for when egalitarian ambitions circulate in societies that tell themselves that anyone can do anything, the experience of envy goes into over-drive. We don’t envy everyone, we do so only when we think their advantages are within our reach. So when almost everything feels like it could be ours (but a lot never can be), the opportunities for envy grow dangerously large.

Unfortunately, our society both generates untold quantities of envy and also (in a strange hang-over from the Judeo-Christian past) seems to condemn anyone who might admit to experiencing the emotion too intensely. 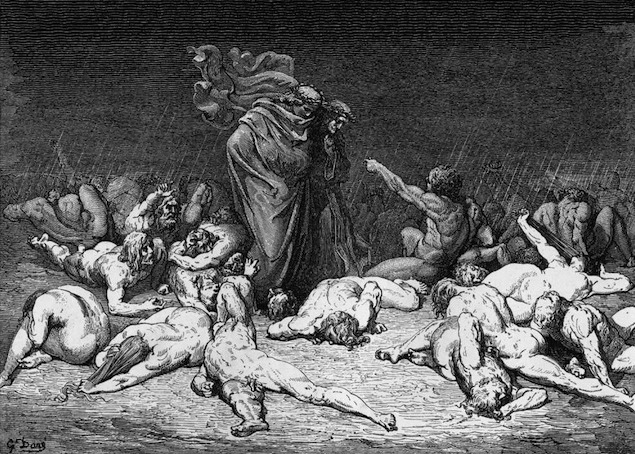 Sufferers of envy suffering eternal torments in hell, according to Dante in the Divine Comedy

However, to feel embarrassed by our envious feelings risks encouraging us to repress them – and therefore, to lose out on deriving some hugely important lessons from them. While envy is deeply uncomfortable, squaring up to the emotion is an indispensable requirement of a decent life. It is a call to action that should be heeded, for it contains garbled messages sent by confused but important parts of our personalities about what we should be doing with the rest of our lives. Without regular envious attacks, we couldn’t possibly know what we wanted to be. Instead of trying to repress our envy, we should hence make every effort to study it. Each person we envy possesses a piece of the jigsaw puzzle depicting our possible future. There is a portrait of a ‘true self’ waiting to be assembled out of the envious hints we receive when we flick through a magazine, turn the pages of a newspaper or hear updates on the radio about the career moves of old schoolmates. We should calmly ask one essential and redemptive question of all those we envy: ‘What could I learn about here?’ 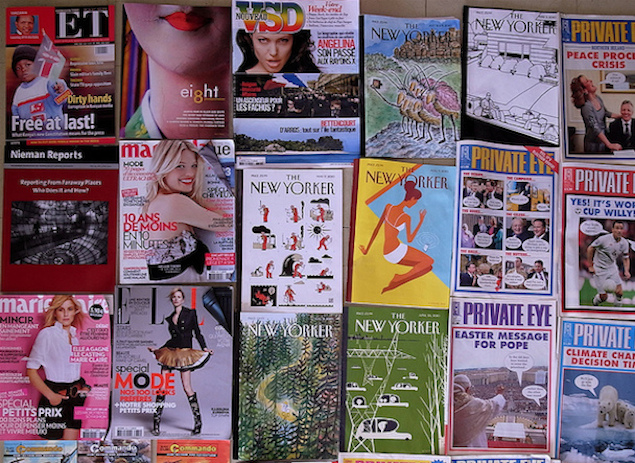 Full of clues as to our future selves

Unfortunately, we are extremely bad students of envy. We start to envy certain individuals in their entirety, when in fact, if we took a moment to analyse their lives calmly, we would realise that it was only a small part of what they had done that really resonates with, and should guide, our own next steps.

It might not be the whole of the restaurant entrepreneur’s life we want, but really just their skill at building up institutions. Or we might not truly want to be a potter (when we think more closely about it), and yet we might need a little more of the playfulness on display in the work of one example we read about in a Sunday supplement. What we’re in danger of forgetting is that the qualities we admire don’t just belong to one specific, very attractive life. They can be pursued in lesser, weaker (but still real) doses in countless other places, opening up the possibility of creating many smaller, more manageable and more realistic versions of the lives we desire.

When we have sucked all the goodness from envy, we also have to acknowledge that there will be limits to its benefits. We need to know both how to use it and at other points, how to quieten its pangs. Too many random reminders of other people’s success too soon may simply terrify us into inactivity and unwittingly prevent us from putting any single plan into practice. We leap from target to target without knowing how to focus. In order to achieve anything on our own, we need to be free for extended stretches from the psychological pressures exerted by news of others’ feats. We require periods of inner seclusion and calm if we are ever going to finish off something worthwhile, that is, something that we may ourselves one day be envied for.

We need to be able to postpone competition, to the moment when it can properly challenge us, rather than simply crush us. The student at a creative writing class who envies Hemingway or Nabokov is not going to be helped by the full intensity of the comparison between their writings and those of these masters. We need stretches of constructive inferiority – time to assess the scale of the mountain and to begin climbing with steady concentration. Envious rivalry, if it breaks in too soon, produces only despair and distraction. 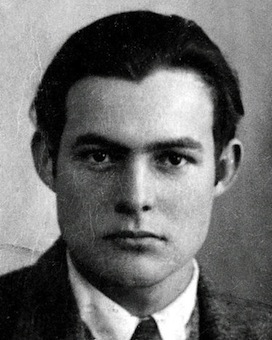 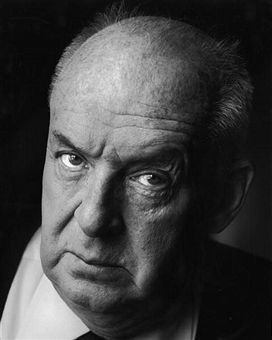 We also need to remind ourselves of statistical realities, because exposure to the media encourages us to forget them constantly. While the supplements are continuously filled with success stories, success itself will always remain highly anomalous, achieved by no more than a few thousand out of many millions – a detail that the media carefully (and sadistically) keeps carefully out of our imaginations. In contrast to what it suggests, most businesses in fact fail, most films don’t get made, most careers are not stellar, most people’s faces and bodies are less than perfectly beautiful and almost everyone is sad and worried a lot of the time. Mediocrity is the human norm. We shouldn’t lament our own condition just because it doesn’t measure up against deeply unrealistic benchmarks, or hate ourselves solely for our inability to defy some breathtaking odds.

About as likely as being struck by lightning

Another crucial strategy – to lessen the grip in which envy holds us – is to understand more accurately and fully what the success of others depends upon. Perhaps these envied figures are not as much like you as they seem to be. Your sense of equality – responsible for much of your agony – may be misplaced. When you meet the target of your envy at a party or see them in jeans in a glossy magazine, they do of course seem very ‘normal’ and dangerously like you. But, in fact, they may have a highly unusual brain adept at synthesising vast amounts of financial data in ingenious ways. They might have a PhD in mechanical engineering. Or they are driven to work eighteen hours a day. Or they have a ruthless streak, which you are fundamentally not capable of or interested in. An anti-equality argument stresses that success often comes down to a raft of qualities which one has forgotten one doesn’t possess. The haunting thought – why them, why not me? – should therefore no longer invite simply self-torture and panic. It should instead edge us towards admiration. There are in truth real differences between oneself and the envied person. One isn’t really their equal. It isn’t just laziness, bad luck or some kind of persecutory force that explains our situation. We may arrive at the sane realisation that, when viewed dispassionately, certain accomplishments are truly beyond us. We can become appreciative spectators, rather than disappointed rivals, of those who have accomplished great things. 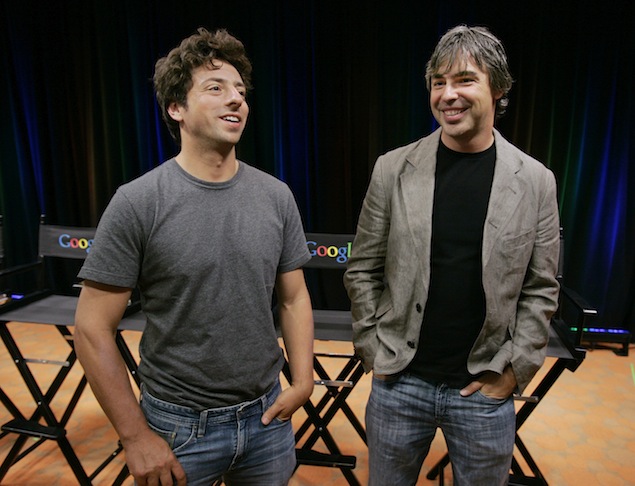 Sergey Brin and Larry Page of Google: perhaps they really aren’t your equals, despite the jeans