On Children and Power - The School Of Life

On Children and Power 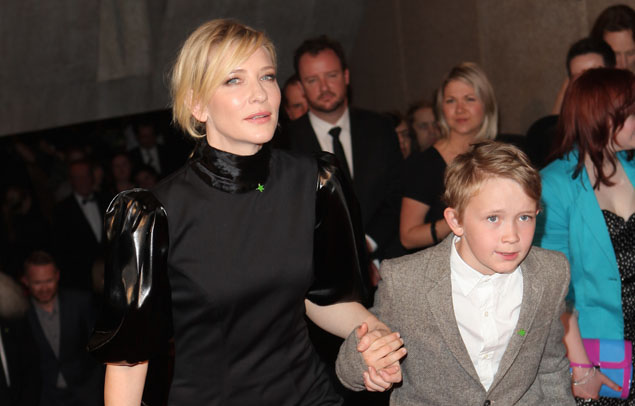 Cate Blanchett is on a roll, winning multiple prizes of late, and she’s been nominated for an Oscar too. But she’s been doing something even more impressive than looking stylish and getting tearful on the winner’s podium.

She’s been taking her son Roman, 9, along to the ceremonies. At the recent Golden Globes, the boy looked endearing, impish, well-behaved and curious, and she seemed to be paying him lots of attention (at one point tenderly ordering him an orange juice when a waiter had set down some sparkling water next to him), even though there were plenty of other demands on her time. 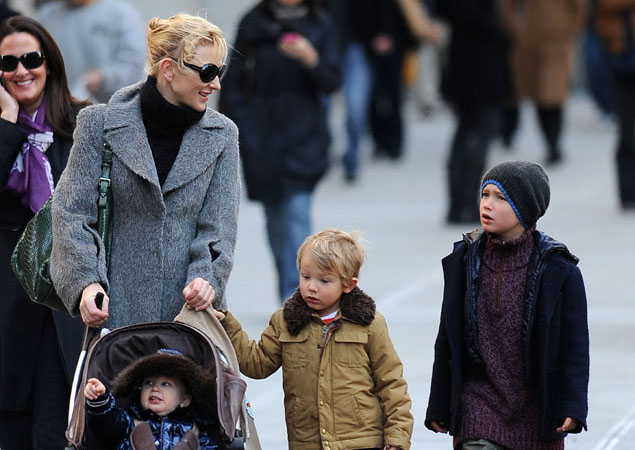 Why do we respond so positively?

It’s tempting to get cynical about this. Isn’t she only doing this to make us like her? But there’s another prior and more interesting question hovering in the wings: why would we like her more simply because she was nice to her kids? Why is it so heartwarming to see a celebrity or a politician being kind to a small person?

It has to do with some of our deepest anxieties around inequality. Cate Blanchett is a hugely powerful actress. She has earnt $45million. She commands $5 million a film and a few years back, won a contract to promote Giorgio Armani’s new fragrance, ‘Si’, for $10million. At an award ceremony, Cate’s entrance turns heads. Everyone wants to talk to her. She could humiliate you with a dismissive look. But by bringing along her son to an event (she could very easily have found a babysitter), she’s sending out a signal: she’s reminding herself and, importantly, us of her humanity. Blanchett’s sons certainly won’t care much for their mother’s worldly self. They judge her by a different register. They care whether she helps them with the Lego City firestation, or plays the game with the pillows and the duvet. They tell her frankly that her films are so boring (they didn’t last ten minutes through ‘Blue Jasmine’). And when she patiently explains it’s bed-time or that they can’t have any more ice-cream, they complain that she’s a stupid poo-face. A bit like a court-jester in the Middle-Ages, children play a vital role in the lives of the powerful: they keep them sane by refusing to take them seriously.

Cate wouldn’t turn dismissively on her heels because one of her sons wasn’t impressed by her taste in fashion. And she’d be understanding, and more than ready to make a joke, if Roman burped during her speech. Powerful parents love their children even though they have no power, status or money – which is extremely cheering news for most of us, who are in rather short supply in these areas as well.

Children hence function as a bridge between power and humanity in societies that are oppressively, scarily hierarchical. They provide an opportunity – in our age, the single greatest opportunity – for the powerful to rehearse their capacities for kindness, without looking weak, half-witted or slightly unhinged. 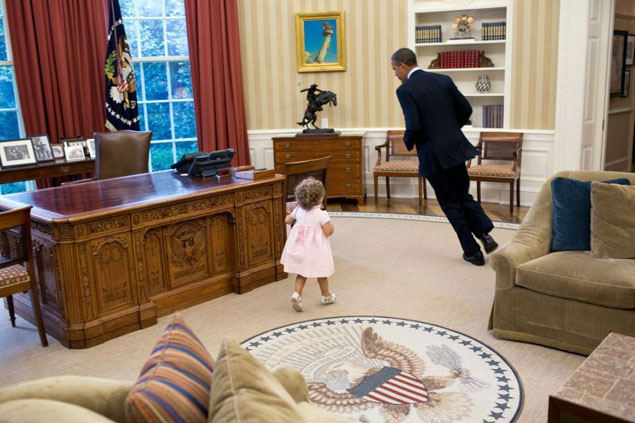 When powerful people are gentle with children (usually their own), they reassure us that they understand vulnerability and know how to be sweet towards weakness. Their ease meets our fears. After seeing him on an impromptu play-date, we can take comfort in the idea that President Obama won’t ever curtly say to a restless child keen for a run-around: ‘Shape up or ship out’. And that signals that he probably wouldn’t do the same to us either, even if we’re not three feet high or eager to chase him round the Resolute desk.

In the Renaissance, when the Catholic church went on a drive to boost the profile of Mary, it cottoned on to a crucial move. The best way to suggest that Mary was a nice person was to demonstrate that she knew how to be kind to her child, because this would also imply that she could be kind to everyone who needed her, young and old. 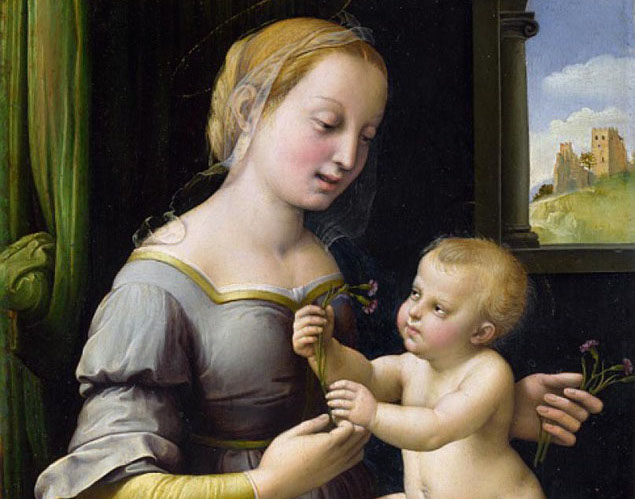 Mother to the child-like parts of all of us

The shameful secret of adult life is that it’s not just children who are child-like. We are all intermittently hysterical, terrified, pitiful and in dire need of consolation and forgiveness. Without bearing grudges, adults tend to be nice to children even when they’re not at their best. Around children, we know how to offer a generosity of interpretation, and a sensitive recalibration of our expectations. No one thinks a six year old is an idiot because she can’t do long-division; we just accept that it will take a bit of time for her to learn. When children get ill-tempered in the car, we don’t think they have it in for us; we recognise boredom makes people slightly desperate. We’re that bit slower to anger; that bit more alive to potential.

We all deserve more of this kind of attention – but we don’t generally get it. We readily offer children the sort of kindness that we are woefully reluctant to offer one another. We want a world where people are nice to their own children. But even more than that, what we want is a world where people are nice to the childlike parts of other people, including people who aren’t their children, and most of all, nice to those slightly shameful, deeply human and childlike parts of us.