The Task of Turning Vague Thoughts into More Precise Ones

One central problem of our minds is that they tend to throw out thoughts that are, above anything else, vague. They aren’t wrong, so much as extremely imprecise – which counts because it means that we don’t have a secure handle on what we truly feel or want and so are unable to steer our lives to accurate and satisfying destinations. The mind seems to suffer from a fateful laziness: it likes to point in very general terms to sensations and wishes without delving into their specific characters; it spontaneously gives us the overall headline rather than the telling and operative detail, which means that we are hampered in our ability to formulate exact plans and to diagnose our real problems.

For example, when we think about what sort job we’d like to do in the future, what may first and foremost come to mind is that it should be ‘creative’ or involve ‘working with people’. When we reflect on what’s missing from our lives, we might point at the problem by speaking of a lack of ‘fun.’ Someone might ask us how we found a recent restaurant meal and we might capture our impressions with the term ‘brilliant’. Such accounts are not false, but they are sorely lacking in the specificity that we require in order to understand ourselves and our situation properly. To find the right sort of job, we need a more accurate grip on our talents and sources of satisfaction than is provided by the word ‘creative’. Re-engineering our love lives will be an extremely indistinct affair if the missing ingredient cannot be rendered any more precise than an absence of ‘fun’. Finding a meal ‘brilliant’ doesn’t get us far in unlocking the secrets of successful restauration.

To work against the inertia of the mind, we need to ask ourselves further questions, we need to break down our vague first feelings into their constituent parts: what is it about ‘creativity’ that we really enjoy? During what moments of our current working lives do we feel dissatisfied? When we say ‘fun’, what is it we really mean? What are five experiences of fun we might recently have had? And what are their opposites? We start with generalities and we end up, if things go well with the questioning, with finely-grained truths.

This is hard work. The first person to spot the arduousness, and to pioneer focused thinking, was the ancient Greek philosopher Socrates. He became famous in Athens for standing around the marketplace asking what seemed like very simple questions about what his fellow citizens were trying to achieve with their lives. They would tell him at once, and with great confidence, that they cared about ‘justice’ or that they admired ‘courage’ or that they were keen on ‘beauty’ or ‘art’. And Socrates would respond not by agreeing or disagreeing but by asking them what they meant by ‘justice’ or ‘courage’ or ‘art’ or ‘beauty’. These weren’t unfair questions: his friends were relying heavily on these words. But after a few minutes of more searching discussion, it would always turn out that these people couldn’t say at all clearly what they meant. Socrates was getting at something fundamental: we go around feeling that our thoughts are clear, but if we deliberately submit them to further questioning, we realise that they suffer from a grave vagueness. However, there’s no inner warning system to alert us to this, no intellectual alarm in our brains to shout ‘watch out, you’re being vague! You’re formulating plans with woolly ideas!’ And so we don’t easily realise how out of focus our minds are and how at risk we will hence be of hitting reefs and shallows.

Vagueness is a problem because it means failing to pick out what it is that really matters to us in any given situation: we’re circling the right territory but we’re not closing in on the core issue – so our thoughts are ineffective guides to action. Suppose we like a film, but we can’t really say why; when someone asks us, we can’t define what’s fascinating or impressive about it. Often this wouldn’t matter. But if we’re trying to become a cinematographer or script writer, we won’t know how to reproduce what has impressed us until we start to isolate what we really experienced.

In our thinking work, we are often like miners in search of a precious metal who initially always hit a compound ore – and need (but don’t realise we need) to sift out the valuable essence. Lack of a definition can sometimes seem like a purely academic worry but it is at the root of a great many failed efforts and doomed goals.

Big words and phrases we rely on – like courage, love, justice, fun, art, family – are the deceptive public outer casing in which our own experiences, loves and fears are approximately contained. However, our own meaning is likely to be much more specific, more detailed, more intimate and perhaps more quirky – and to understand ourselves, we will need to discover, individually, the words that lie behind these words. 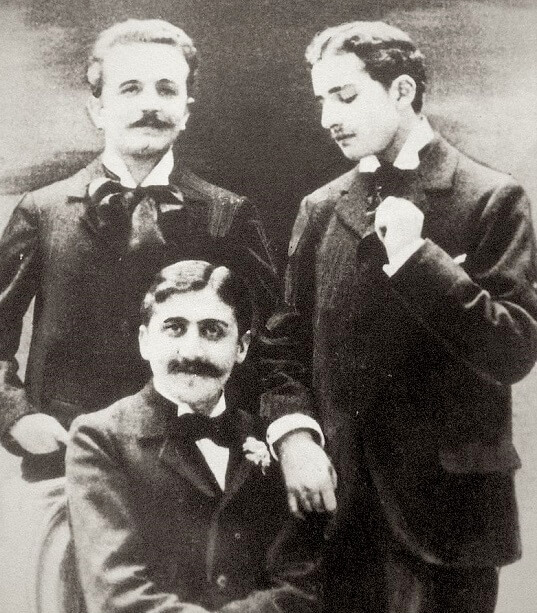 The difference between vagueness and focus is what separates great from mediocre art. Marcel Proust had a friend called Gabriel de la Rochefoucauld, who once wrote a novel called The Lover and the Doctor, which he sent to Proust in manuscript form with a request for comments and advice. “Bear in mind that you have written a fine and powerful novel, a superb, tragic work of complex and consummate craftsmanship,” Proust reported back to his friend in his characteristically polite way. But it seems that the superb and tragic work had a few problems, not least because it was filled with clichés: “There are some fine big landscapes in your novel,” explained Proust, treading delicately, “but at times one would like them to be painted with more originality. It’s quite true that the sky is on fire at sunset, but it’s been said too often, and the moon that shines discreetly is a trifle dull.”

Why did Proust object? After all, doesn’t the moon shine discreetly? Don’t sunsets look as if they were on fire? Aren’t clichés just good ideas that have proved rightly popular?

The problem with clichés is not that they contain false ideas, but rather that they are superficial articulations of very good ones. They are, to return to the crux of the issue, vague. The sun is often on fire at sunset and the moon discreet, but if we keep saying this every time we encounter a sun or a moon, we won’t be getting at our actual sensations. When the first volume of Proust’s novel was published eight years after The Lover and the Doctor, he also included a moon, but skirted ready-made moon talk in favour of an unusual and authentic metaphor that better captured the reality of the stellar experience:

“Sometimes in the afternoon sky, a white moon would creep up like a little cloud, furtive, without display, suggesting an actress who does not have to ‘come on’ for a while, and so goes ‘in front’ in her ordinary clothes to watch the rest of the company for a moment, but keeps in the background, not wishing to attract attention to herself.”

A talented artist is, first and foremost, someone who takes us into the specifics of valuable experiences. They don’t merely tell us that spring is ‘nice’, they zero in on the particular contributing factors to this niceness: leaves that have the softness of a newborn’s hands, the contrast between a warm sun and a sharp breeze, the plaintive cry of baby blackbirds. The more the artist moves from generalities to specifics, the more the scene comes alive in our minds. The same holds true in painting. A great painter goes beneath a general impression of pleasure in order to select and emphasise the truly attractive features of the landscape: they show the sunlight filtering through the leaves of the trees and reflecting off of a pool of water in the road; they draw attention to the craggy upper slopes of a mountain or the way a sequence of ridges and valleys open up in the distance. They’ve asked themselves with unusual rigour what is it that they particularly appreciated about a scene and faithfully transcribed their salient impressions.

The goal isn’t to become artists or philosophers, but to do something that naturally accompanies these tasks: to turn generalities into specifics, to move from woolly first impressions to authentic details, to go from vagueness to focus – and therefore to give ourselves the best chance of reaching what we actually seek. 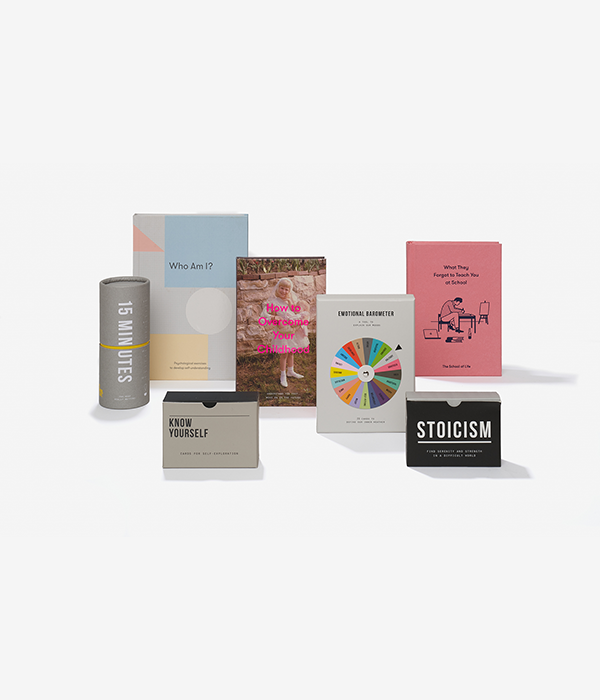