On Good Demand - The School Of Life

In the economy, consumer demand is hugely important. The term ‘consumer’ capitalism acknowledges that economies are largely defined by what people want; by how they use their money.

Governments carefully track how much demand there is – and panic when there isn’t enough. They sometimes move directly to stimulate consumption. For example, in December 2008, the Australian government gave a ‘present’ of $1000 or more to almost every family in the country, encouraging them to go out and spend so as to avoid recession. Fluctuations in the the total amount that people are spending each month have direct consequences for employment, consumption tax revenue and investment confidence. 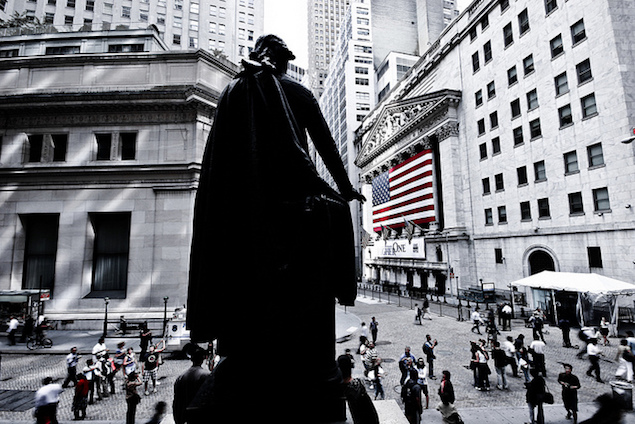 Currently, the focus is very much on the quantity of demand: how much money is being spent. Very little attention is devoted to its quality. It’s considered less relevant what people are spending on. They might be buying doughnuts or taking French conversation classes; seeing a psychotherapist or purchasing sports cars. In terms of GDP, unemployment and the stock market, it doesn’t matter in the least what they are buying, so long as the total spend is high enough (the only caveat is that it is a headache for the state if too much expenditure goes to overseas businesses.)

Yet, clearly in other ways it does matter what we spend our money on. Because the combined purchasing choices of millions of people shapes the kind of society we live in and the kinds of lives most of us end up leading. 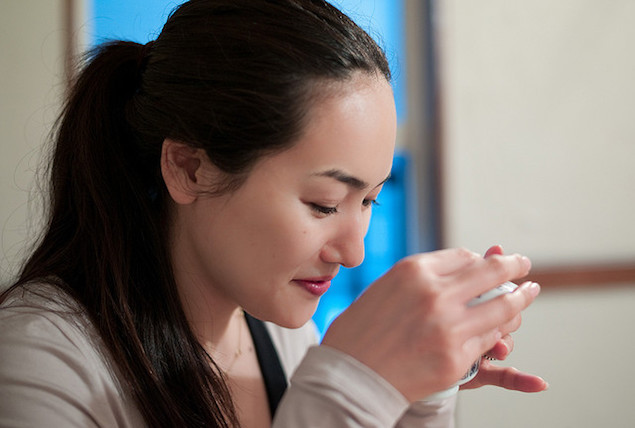 If everyone wants gameshows on TV and fast food pizza for supper, a lot of us will end up working in those industries. Because there’s such a wide demand for watching football, the star players become wealthy public personalities and their values and attitudes get a great deal of attention. If, on the other hand, there is little demand for poetry or couples therapy or ritualised tea drinking by moonlight in straw and wood huts (it was big in 16th-century Japan), few people can end up working in these areas – and if they do, they won’t earn much.

What is Good Demand?

This is where a major statement of value judgement comes in: there is better and worse demand. Demand for guns is – we can say with assurance – less ‘good’ than demand for education. Demand for healthy food is better than demand for junk food. We should feel less nervous about treading into the area of values. After all, in our own lives, we know there are better and worse things to spend money on. It’s not different at a macro scale. 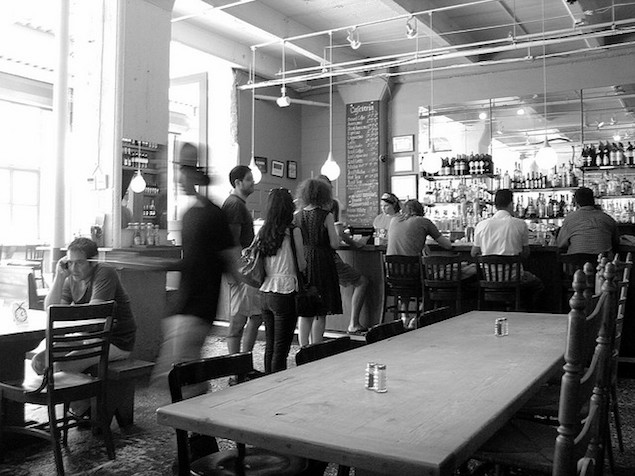 Take an expensive meal you had. The  vodka martinis, the broccoli and cheddar quiche with quinoa crust and the fashionable dessert were very good indeed. But the conversation was lacklustre, you had a row with your partner on the way, you stayed up too late and felt exhausted the next day. You spent quite a lot of money but didn’t manage to target your real needs very well. Or – more positively – maybe last year you bought a very nice bedside lamp. It felt a bit expensive at the time (though not in fact very much more than the restaurant meal). But you have found you’ve been reading more in bed, rather than watching television. You’ve been waking more refreshed. It was a great investment and has genuinely contributed to improving your life.

So Good demand is defined as: a consumer choice that is in line with an accurate, fruitful understanding of one’s highest needs. It properly pays off. It contributes to a better life, in the long term.

There won’t be a single set of purchases right for everyone, but that’s not the point. The issue is merely to get the debate started and to draw attention to the fact there are better and worse purchasing decisions – and that a society needs to discuss what these might be.

At the moment, the quality of demand is very hit and miss. There are some major reasons why we, as individuals, easily end up demanding the wrong things.

For a start, it’s hard for us to define our needs. We know we want to be happy. But our understanding of what would work best for us is terribly vague. So we are prone to grasping at whatever is blinking at us most intensely and attractively. 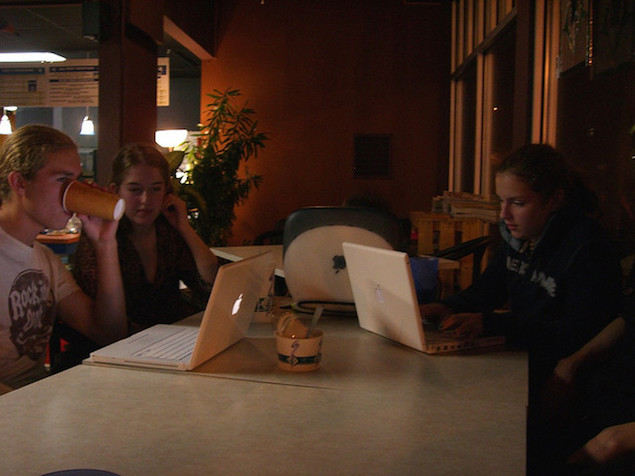 What’s more, we’re creatures of the herd: everyone else is doing something, so we naturally assume it must be working for them – even if privately it isn’t. We like to fit in. It must be time to upgrade the TV…

Moreover, there is a hugely active industry encouraging us to want things, not so much because it is in our own true interests to consume, just because it serves the profit motive of certain businesses. Advertising is founded on our inability to hold on to an accurate picture of our true needs – and to be swayed by random desires instead. 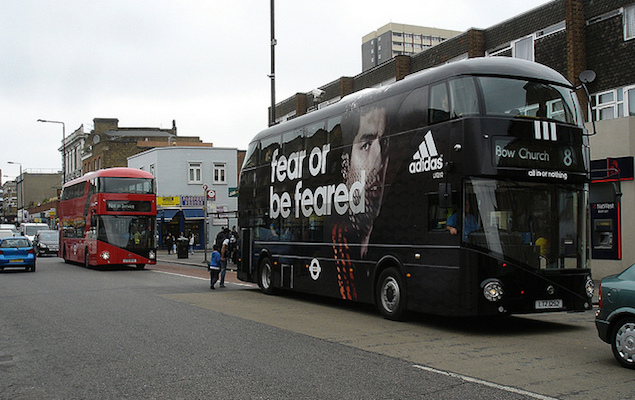 This means that, individually, we don’t get the happiness we seek. And collectively we end up with a profoundly dysfunctional economy. The forces of production – and therefore jobs, investment and profit – are often at odds with our best interests.

Tools for raising the quality of demand

Raising the quality of demand doesn’t imply a draconian government imposing some supposedly high-minded agenda on a reluctant public. Demand, in a market oriented democratic society, is and can only ever be voluntary. Raising it can’t be a matter of forcing anyone to do anything. What we need is the more important, more humane, task of encouraging ourselves to be wiser in our purchasing choices.

There are a couple of major ways this can be done:

Between roughly 1950 and 1980, the English cookery writer, Elizabeth David, undertook a heroic campaign to improve national taste. In endless books, articles and television appearances she suggested things people might like, she wittily mocked low-quality goods, she taught people to have higher expectations, and how to enjoy and feel confident around things that might at first have seemed alien or forbidding. (She had a major impact on the growth of the olive oil industry, which when she started was regarded as an irrelevant oddity.) She is an inspiring example of a phenomenon we don’t pay enough attention to: the education of the consumer. She was securely convinced that poor choices – like buying margarine or refusing to buy spinach – were not innate unmovable characteristics. In her mind they were simply what happens when you don’t get the chance to learn. 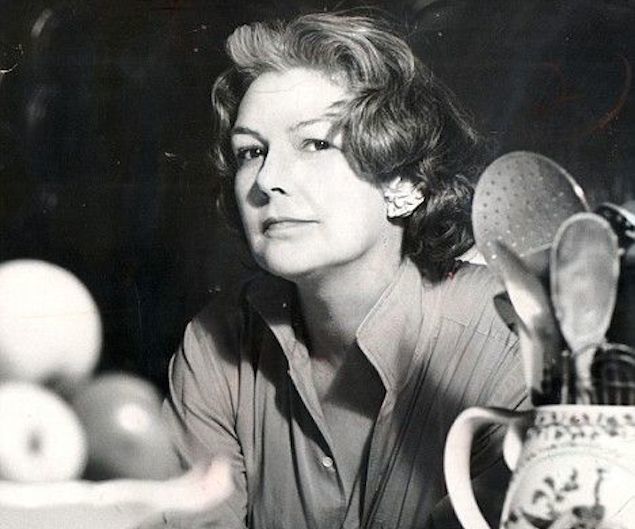 It’s an approach with very wide application. With the right, engaging, guides we can overhaul our ideas of what we want in areas far beyond cooking. We’ve done it to some extent around food. But travel, furniture, housing design, education, psychotherapy and relationships all stand in need of their own Elizabeth Davids.

Advertising is a major way of changing demand. At the moment, too often, it seems to be an attempt to seduce people into making poor choices by overselling products that cannot in reality deliver on the implied promise.

But this is rarely the fault of the agencies who make the ads. They can only work with what their clients have to offer. But there’s clearly a better option. Genuinely beneficial products, that do promote our better selves, could more vigorously be brought to our attention and their merits rigorously explained. Advertising has a key role to play in helping us to want better things.

The Consequences of Good Demand

If Good Demand were more normal, it would transform society.

There’d be fewer jobs that felt demeaning or degrading because more demand would be directed towards our true needs. Profit wouldn’t look sinister or suspect. It would be a sign that a company was doing the right thing and doing it rather brilliantly.

We’ve been too ready to accept that ‘what people want’ is some kind of immovable force. In fact, it’s entirely subject to change. It’s simply a pity that the only people who actively seek to change what people want are corporations with large advertising budgets and often rather doubtful things to sell us. It’s time for philosophers and others to engage in the complex, ethical task of influencing public wants: the task of creating better demand.

It’s not a law of nature that we have the preferences we do. We are open to influence. It can be bad influence, but we are also open to being pushed in better directions.