On the Things that Make Adults Cry - The School Of Life

On the Things that Make Adults Cry

It’s normal to think that what makes people cry are sad things; that’s certainly the way it works when you’re a child. But the older one gets, the more one starts to notice a strange phenomenon: one starts crying not when things are horrible (one toughens up a little), but when they are suddenly and unexpectedly precisely the opposite, when they are unusually sweet, tender, joyful, innocent or kind. This, far more than grimness, is what may increasingly prompt tears.

You notice this particularly with films. The scenes that make us weep are not necessarily the harrowing or terrifying ones, but the ones when we encounter a particular grace and loveliness which can, for a moment, feel heartbreaking. Take Richard Linklater’s recent film, Before Midnight. Most of the film is about bitter arguments between a 40-something couple, played by Julie Delpy and Ethan Hawke. They have been together for years, they are on holiday in Greece, and the film homes in on one day when the pair go and spend some supposed ‘quality time’ alone in a smart hotel. They arrive in their room with the possibility of sex somewhere in both of their minds but instead, find themselves having a blazing argument. They rake up all the hurt from past years; they blame each other for every disappointment and swear at, and insult, one other with abandon. 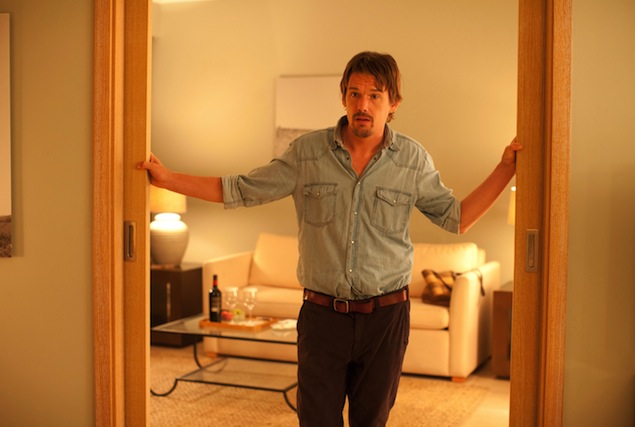 “Find someone else to put up with your shit. You’re fucking awful to be with, you know” 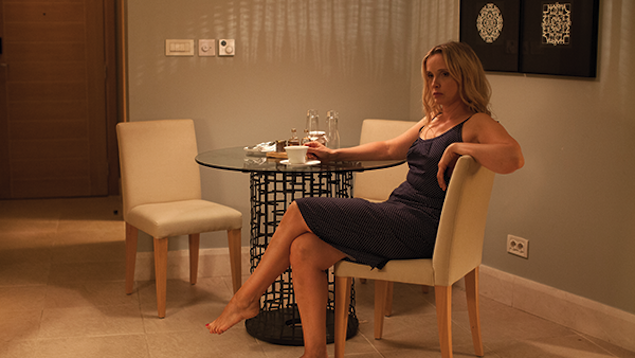 “I don’t love you anymore. I hate you, you’ve ruined my whole fucking life”

Eventually, the wife storms out, leaving her room key and her husband behind. It is agonisingly real (how does the film maker know this about our lives?). But, after a few hours of sulking, Hawke goes out in search of Delpy and finds her alone in a nearby restaurant terrace. They are both a little sheepish around each other, as one often is after a row, and he sits down opposite her with poignant formality.

In a beautiful closing sequence, they start to talk with unusual honesty. It’s difficult, but we can see that, despite everything (kids, too many sacrifices, exhaustion, not enough sex, perhaps a one-night stand or two) they do still love and desire each other very much. Their rage is an explosion of the frustration inherent within all long-term relationships. They get so deeply upset because they know that, day to day, they need so much from one another and they don’t always get it. They’re not magically going to stop bickering in the future. But this moment of kindness and sympathy, playfulness and gentleness, after such a bruising confrontation, comes as a huge relief and is deeply tender to behold. Their admission of shared love is moving because it reminds us at once of the struggles in our own lives and of what at heart we really want: reconciliation, forgiveness, tenderness, an end to the fighting, a chance to say sorry… We start to cry at a brief vision of a state of grace from which we’re exiled most of the time. 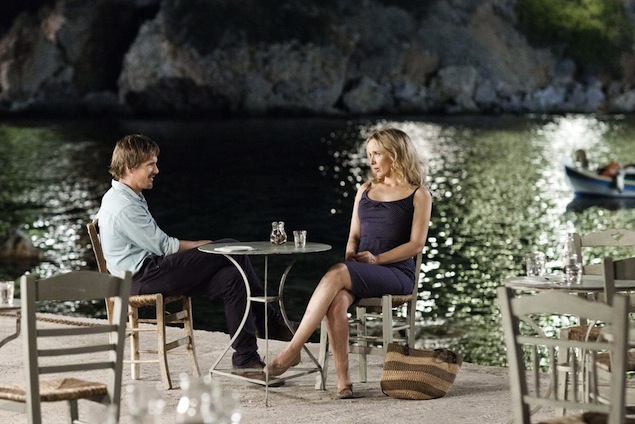 “I’m sorry. We both are. You drive me crazy, but I love you like I always did”

Take another example from another medium and from further back in history: a small ivory statuette of the Virgin and Child – it is just 41 cm high – in the Louvre in Paris, dating from about 1250. 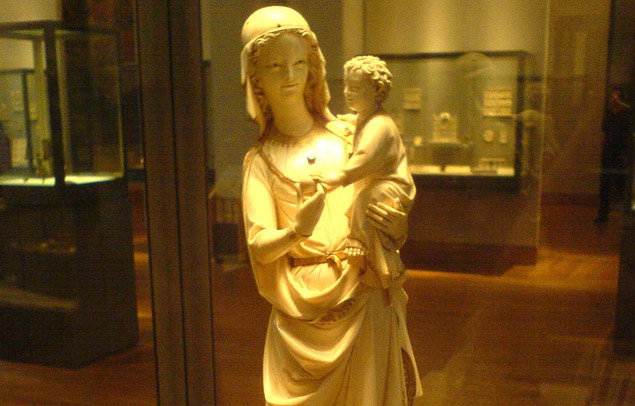 The most striking feature is the mother’s face: one of welcome and joy; the kind of look we hope to receive when someone is unreservedly glad to see us. Mary’s charm and kindness may give rise to poignant emotions. We feel this is how life should be, this is what love looks like and what we should be giving to one another. But at the same time, we know it’s not easy; we’re pained by an acute sense that our lives are not usually like this. We may ache for all the lost innocence of the world (and of our own lives). Loveliness and goodness in art (at the Louvre, or in a children’s book, or on a screen) can make the actual ugliness of existence all the more vivid. And that’s precisely why we cry at this poignant reminder of an elusive paradise.

That’s also why, if we were to consider the unusual project of creating a robot that could cry in films, with books or at the museum, we should have to do something apparently rather cruel: we would have to ensure that this robot knew about suffering, that it was able to hate itself, to feel confused and frustrated, to ache and hope that it didn’t have to ache; for it is against this kind of background of pain and sober maturity that beautiful scenes in films or works of art become deeply important, rather than merely nice. Our tears are telling us something key: that our lives are tougher than they used to be when we were little, and that our longing for uncomplicated niceness and goodness is correspondingly all the more intense.