What to Do on Your Wedding Night - The School Of Life

Unfortunately, tradition has encouraged the idea that the night of the wedding should be filled with heroic sex. This might happen but there are plenty of good reasons why it probably won’t after the drama of the wedding and a long party and partly, as well, because stringent expectations are alien to sexual intensity. 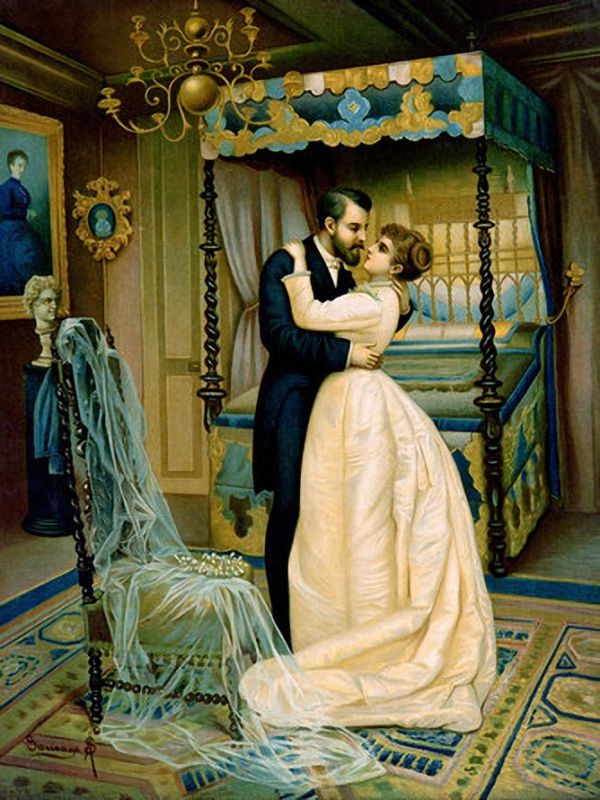 But the idea that sex is crucial is obviously not wrong – and the basic motive is right: the first night should be devoted to helping the couple with their sex-life.

The question is how to do this. The assumption has been that great sex is the goal. But realistically what the married couple is preparing for is a life together in which sex will often be less than great and in which – increasingly over the years – sex will fade from view almost entirely. Instead of being spontaneous, inventive, impassioned and constant, sex will almost inevitably end up being intermittent, guarded and fraught.

This isn’t a lovely prospect; it’s just what’s very likely to happen. And the couple will have to cope with it, if their marriage is to be bearable. At this great symbolic moment – in the special night after the wedding – a couple should ideally make together a series of vows around the attitudes they will try to adopt towards sex.

Vow one: I understand  that sometimes, perhaps tonight, sex will be disappointing; that there will be times when I am really longing for sex and you will be busy, probably with a book or a phone. I promise to try not to see this as your fault.

Vow Two: I admit that it’s deeply unlikely that two people will be perfectly in harmony around what kind of sex they want. I promise to try not to see this a special curse on us.

Vow Three: I admit that if there are children they will often claim our attention at the least convenient moments. Our love for them will quite possibly inhibit us sexually; we’ll feel strange unleashing our stranger, more exciting desires – knowing how sweet and innocent they are. I promise to try to accept that if we have a child it will change our sex life probably for the worse and I won’t blame you.

Vow Four: I want to you to know that that I’ve been seriously turned on by you: I’ve found you at points monstrously and incredibly sexy. Probably sex will eventually become rare; but I promise I’ll try to remember how much I’ve lusted after you.

Vow Five: I understand that sex will only be as good as it can be: it won’t be everything I might fantasise it could be; I acknowledge that there will be areas of my sexuality that don’t make a great deal of sense to you; I promise I will try not to make you feel bad about this.

The point of these mutual vows isn’t to diminish sexuality. By keeping the realistically bad prospects in view and anticipating them, they give a couple a better chance to find the best sex they can together. The danger isn’t that there are going to be challenges – that’s inevitable. It’s that the challenges will be seen as unfair and unreasonable and that resentment will build up to disastrous levels. The wedding night and its vows are aimed at reducing rancour.