Our Families and Our Careers - The School Of Life

Our Families and Our Careers

One of the most daunting obstacles to choosing a fulfilling career for ourselves can be traced back to our families. For most of human history, the working destiny of every new generation was automatically determined by the preceding generation. One would become a farmer or soldier like one’s father or a seamstress or teacher like one’s mother. Choices were cruelly restricted and penalties for deviating from the intended trajectory could be severe. In 18th-century Prussia, the sons of nobles were barred by law from starting businesses or becoming merchants. In 19th-century England, a respectable father could have his daughter locked up in an asylum if she persisted in a wish to become a singer or actress. It was conceptually impossible for the child of a lawyer to find employment as a potter or a carpenter. 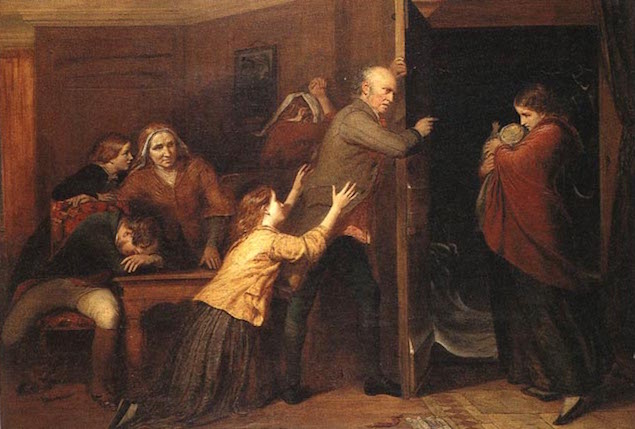 Then, in the early 20th century, under the sway of a Romantic ideology, societies gradually freed themselves from parental strictures. In two central areas – love and work – parents ceded their power to their children, leaving choices in the hands of every son and daughter. We were liberated to marry whomever we liked and do – professionally – whatever we pleased.

Yet these theoretical freedoms have had the curious effect of hiding from us just how much familial expectations continue to matter and to restrict the course of our careers. Our parents may no longer have a legal power to block our bank accounts or physically restrain us – but they retain command over that central tool of psychological manipulation: the threat to withdraw affection in the event that we frustrate their aspirations for us. Love can control us as much as force or the law ever did. 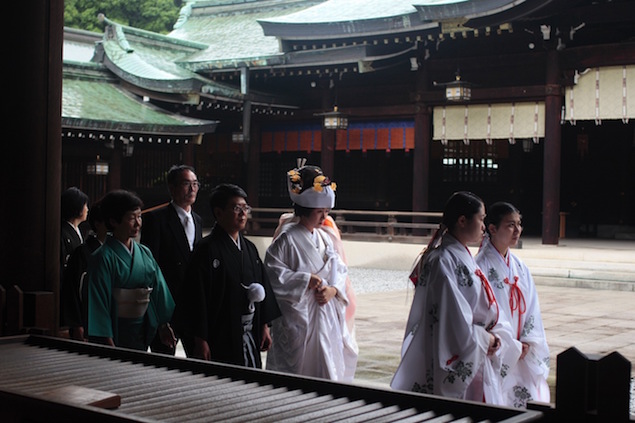 In the background of our minds, there are always what we can term ‘family work templates’ in operation – restricting what sort of jobs we feel able to devote ourselves to and encouraging us towards a set of favoured options. Our backgrounds makes certain forms of work more or less available.

At the most benign level, our family work templates are the result of what our families understand of the working world. Every family has a range of occupations that it grasps – because someone has practiced them and, in the process, humanised them and brought them within the imaginative range of other family members. There are families where, as long as anyone can remember, there have been doctors around. From a young age, one has heard about the often comedic habits of patients, the rivalries on the ward, the eccentricities of senior doctors and the fun and agony of medical school. It hence comes to feel normal and possible that one might, when the time comes, decide to join the ranks of the medical establishment. 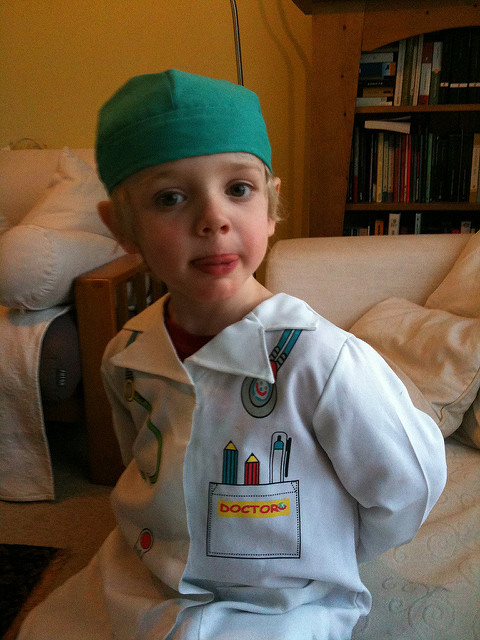 Other families have generations of lawyers or accountants in them, sailors or hoteliers, blacksmiths or butchers. A child might hear constant anecdotes that stress the fascinations of the courtroom or the impressive character of saving lives, the benefits of education or the vigorous dignity of running a kitchen, the excitement of making a successful deal or the honour of policing the city streets. Exposed to family members in the relaxed settings of home (where the gap between the professional and the personal is at its narrowest and where impressive destinies therefore come to seem less distant), certain jobs naturally end up feeling more plausible than others. Our uncle’s career as an air traffic controller won’t appear unapproachable when it is practised by someone we remember mowing the lawn and enjoying jokes with.

Seldom is stepping outside of familial experience presented as plain wrong, wicked or stupid. But it may just not be something that seems imaginatively available to us. We wouldn’t know where to start when no one in the family has ever gone into, say, sport, electronics or the theatre. The people on whose affections we depend can’t help us to become confident in such areas. They restrict us not because they are mean, nor because they have carefully studied all the facets of our characters and are refusing to accept our true inclinations, but because their own experiences are simply rather narrow. 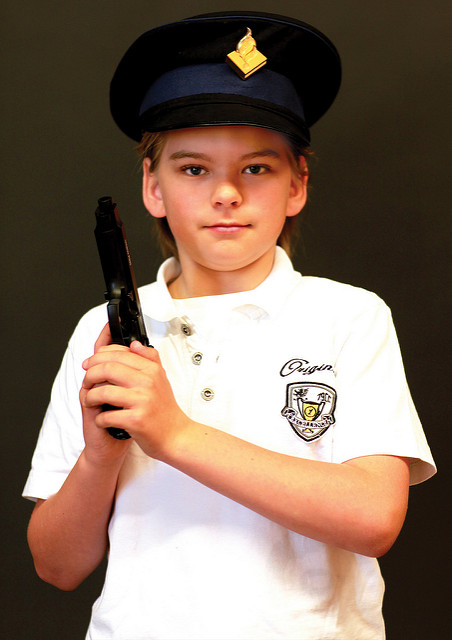 This said, at times, more value-laden dynamics are in operation. The family work template emerges as the result of what parents esteem and aspire to; and conversely, what they are afraid of and in flight from. In many families, there will be certain career options which the parents speak about with particular reverence: perhaps being a great writer or a senior judge, a headmaster or a civil servant. These frequently aren’t the things that the parents are themselves engaged in; they are what they once wanted to do (but never did). Many parents quietly hand their dreams on to their children to fulfil – without usually telling them that they have placed these burdens on their shoulders. Yet a message is conveyed that following a given route will be the chief way to secure love and admiration; the son or daughter will be the architect that the parents were too timid to be, or the entrepreneur they were barred from becoming. Nothing like this is ever stated, but the ambitions hover in the psychological ether nevertheless. It doesn’t seem like anyone is being strong-armed, but it’s remarkable how much we can be influenced by fifteen years of admiring glances cast in particular professional directions.

We’re equally liable to receive a few messages that certain careers are beneath us and not quite right for our sort of station in life. Modern parents don’t put up absolute barriers. It’s not that they’ll never speak to us again if we go into asset management or become a sound engineer. But they can create a forceful mental atmosphere in which the negatives of particular kinds of work come across especially clearly. Parents can subtly convey a low regard for jobs that are otherwise perfectly acceptable to society at large; they may quietly give out a sense that no reasonable person could ever wish to work as a dentist or that accountancy is a profession for the timid; they might imply that being a teacher is a waste of a life or that only unscrupulous individuals could even consider a career in advertising; they may intimate a view that architects are all slightly deranged or that anything touching on psychology is the realm of charlatans and cranks. 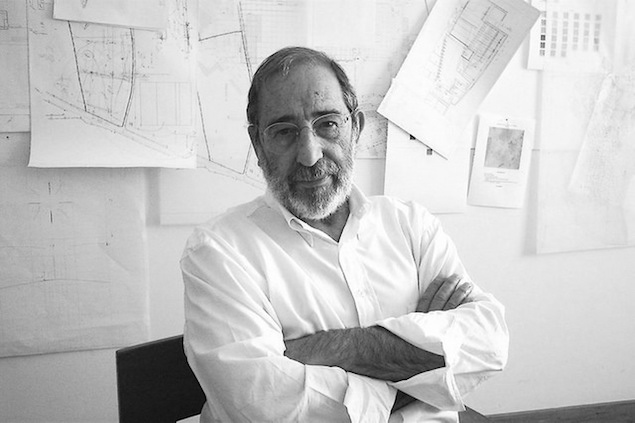 We sense our parents wishes and excitements and are impressed by them and, because we love them, try to align themselves with them. It’s very natural. But it may be tragically at odds with doing the kind of work that could actually bring us fulfilment.

In Middlemarch (first published in 1871), George Eliot tells the story of Fred Vincey, the son of a successful local manufacturer. His parents, whom he loves, strongly believe that he should be a clergyman – not because he is in any way suited to work for the church but because his father thinks highly of the idea, and would himself have loved to do so. In the end, Fred becomes a surveyor and is very happy, but George Eliot shows over many pages just what an enormous mental struggle this move has been for Fred. She reveals how painfully conscious he is of letting down his parents, how it creates a rift with his sister who is embarrassed by his work and how he senses that his friends from college deem him a failure. Eliot tells us a story of someone who almost doesn’t manage to liberate himself from a parental template, because she is well aware that many of us never manage to make the break that Fred achieves. This shouldn’t surprise us: in a choice between love and our own satisfaction, it is understandable if we often close down our horizons so as to preserve our relationship with those who brought us into the world. 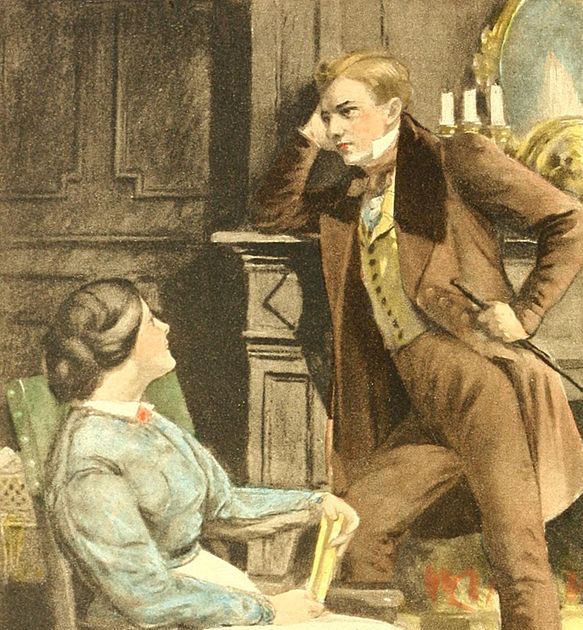 What distinguishes modern societies from their predecessors is how quietly the messages about what it is wise to do are emitted. For their part, Fred Vincey’s parents may talk to him directly about his career choices and bully him in concrete terms. But few parents now operate in this way. Yet this is not the same as giving a child true freedom to do whatever he or she thinks is right. Because the family work template is only ever implicit, we don’t necessarily see what a powerful effect it may be having on us. In order to free ourselves, we have to actively make ourselves consider the net of family expectations we are likely to be enmeshed in.

We should ask ourselves what lies within the circle of familial work experience and what outside of it – and consider whether certain legitimate options have been discounted for arbitrary or snobbish reasons. We should ask ourselves what unfulfilled dreams our parents had for themselves and whether these may be resting on our shoulders in ways that don’t align with our deeper selves. We should wonder how our parents privately ranked careers. Even if they overtly said – of course – that all jobs can be good (‘we just want you to be happy’), we need to grasp the particular way in which they nevertheless did really imply that some jobs were very much more worthy than others.

Then, through such patient explorations, we will start to see what influences might still be lingering, foreclosing certain important options and perhaps holding us back from wholeheartedly embracing a career which we suspect in our heart of hearts, really is right for us.