Loyalty and Adultery - The School Of Life

Long-term relationships almost inevitably confront us with one highly uncomfortable dilemma around sex. On the one hand, monogamy feels like a profoundly desirable and often default state, approved of by the community, religions, the media, one’s children and the ethos of Romanticism. It is a route to emotional closeness, a spur to cosiness and a defence against jealousy and chaos. Yet, at the same time, sexual exploration refuses not to seem in some way, on occasion, enormously compelling, obeying to certain deep-seated physical drives, and accompanied by the intense joys of breaking routines, kissing a stranger for the first time and being for a while unencumbered by any practicalities or troubling emotional connections.

The dilemma has inspired an understandable search for what is discretely termed an ‘answer’, some way to reconcile two fundamentally opposed, yet highly necessary aspects of our personalities. For long stretches of history, the philosophy of monogamy had the prestige and appeared to have solved the matter. It was sanctioned by God and reinforced by society: good people did not ‘stray’. Then, more recently, accompanied by beguiling pop lyrics, festivals, night-clubs and more revealing clothes, free love and polyamory entered the field and were presented as cost-free options that might allow one simultaneously to sample the pleasures of exploration and security. 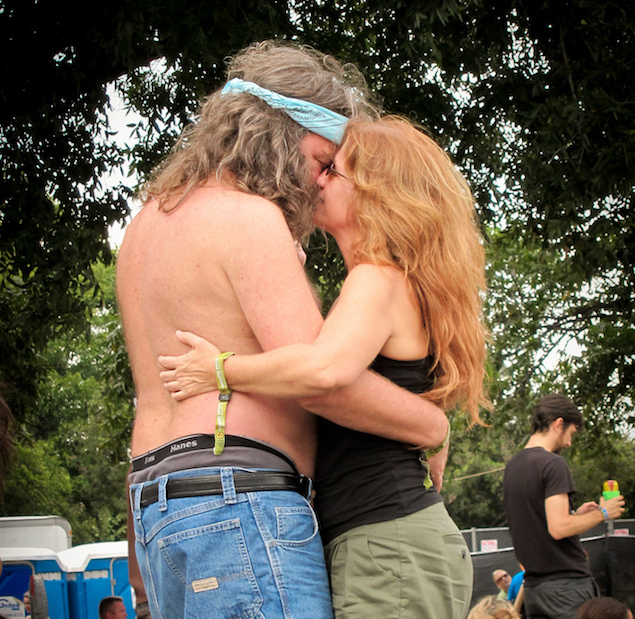 We might in the abstract identify two clear-cut types of people – let’s call them the Loyalist and Libertine – who represent extreme views on what monogamy or exploration might mean in a relationship. To the Loyalist, love is intimately tied to sex; so any adventures with another person (whether by them or their partner) must signal the death of love. It is simply impossible at once to declare love and a wish to have sex with a third party. To the Libertine, on the other hand, sex and love are radically distinct entities with an almost accidental, and partial connection. A fling (or a series of them) can’t say very much at all about whether one loves a partner – or indeed doesn’t.

Both the Libertine and the Loyalist have taken hold of some important ideas. The Libertine understands that it is impossible to remain utterly faithful in a marriage and yet not miss out on some of life’s greatest and most significant pleasures that lie outside the couple. The Libertine is deeply alive to the seductive powers of a sensory moment: another person’s laugh or well-timed irony, a first kiss, a new nakedness – each of these high points, the libertine recognises as, in its own way, as worthy of reverence as more socially prestigious attractions, like the tiles of the Alhambra or Bach’s Mass in B Minor. 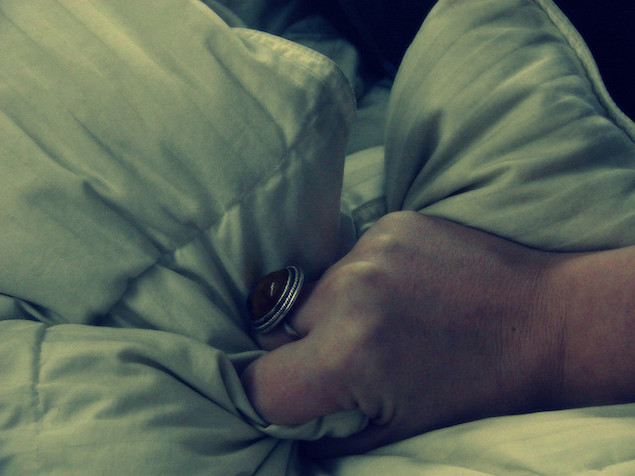 The Libertine feels that that it would be deeply unusual to expect people to grow up in our hedonistic liberated times, experience the sweat and excitement of nightclubs and summer parks, be bathed in images of desire and songs of longing and ecstasy, and then one day, at the command of a certificate, renounce all further sexual discoveries in the name of no particular god and no higher commandment, just an unexplored supposition that it must all be very wrong.

And the Libertine puts their finger on deep unreasonableness that seems to be built into our collective scheme of values. Typically adultery is a lightning conductor of indignation – the one who strays is always to blame. But are there not – the Libertine asks – other, subtler ways of betraying a person than by sleeping with someone outside the couple? By omitting to listen, by forgetting to evolve and enchant, or more generally and blamelessly, by simply being one’s own limited self? Rather than forcing their Libertine ‘betrayers’ to say they were so sorry, the ‘betrayed’ might begin by being asked to apologise themselves, apologise for forcing their partners to lie by setting the bar of truthfulness so forbiddingly high – out of no higher creed than a jealous insecurity masquerading as a moral standard. The Libertine is rightly indignant that Romanticism has deluded us into thinking that it should ever have been possible for our needs for sex, love and family to be yoked together in a convenient (but impossible) contract. 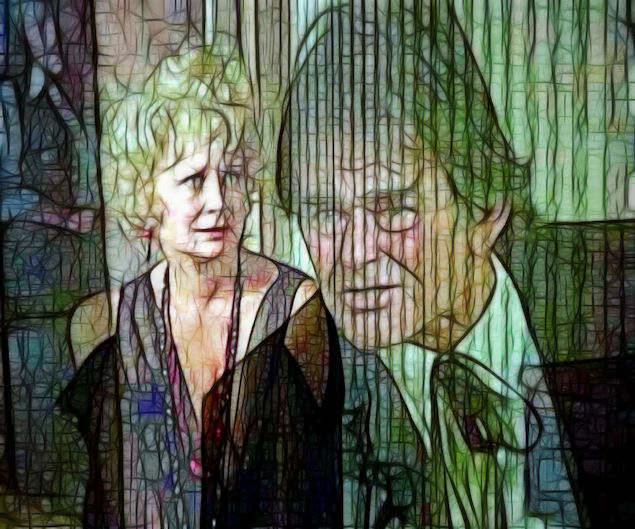 For their part, the Loyalist gives proper weight to the fragility of the human psyche. They recognise that a relationship requires a huge quantity of collaboration and an accompanying feeling of safety – and that sexual adventure strikes a blow against it all. It is very difficult to imagine one’s partner entranced by another person’s eyes, fascinated by the sensation of stroking their hair, and cuddling them in bed without feeling deeply rejected, bereft and abandoned. Strictly rational arguments that compare sex to innocuous shared activities like playing tennis or being taught to play hockey fail to understand the special place of sex in one’s inner life. And they ignore the fact that logical analogies with sport have little power in comparison to the oceanic currents of emotion unleashed by betrayal. Loyalists wisely know the corrosive effect of major concealments. They recognise, too, that for children, the idea of their parent’s togetherness can play a profoundly reassuring role, which can be tampered with only at great risk.

At the heart of both the Libertine and Loyalist position lies a shared error. It is the belief that one or other of them is right and that if only the relationship could be built around their particular vision of life, mutual happiness would follow. The painful fact, however, is that both avenues are somewhat catastrophic. The demands of fidelity really do involve the loss of energising, life-enhancing encounters with a range of sincerely wonderful people. Monogamy really is at times maddening and suffocating. Yet the option of infidelity, for all its charms, really does undermine trust and security, which are crucial to the functioning of a relationship and the mental health of the next generation. 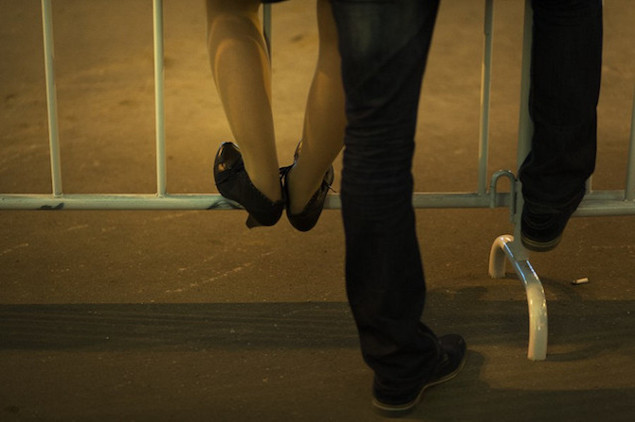 The painful fact is there is no answer to the Libertine-Loyalist dilemma, if what one means by an ‘answer’ is a cost-free settlement in which no party suffers a loss, and in which every positive element can coexist with every other, without either causing or sustaining grievous damage. There is wisdom on both sides; and therefore each side involves a loss.

There is in a sense only one answer of sorts, and it can be called the Melancholy Position because it confronts the sad truth that in certain key areas of human existence, there simply are no good solutions. If we embraced the Melancholy Position from the start, we would need new, sadder, vows to exchange with our partners in order to stand a sincere chance of mutual fidelity over a lifetime. Certainly something far more cautionary and downbeat than the usual platitudes would be in order – for example:  ‘I promise to be disappointed by you and you alone. I promise to make you the sole repository of my regrets, rather than to distribute them widely through multiple affairs and a life of sexual Don Juanism. I have surveyed the different options for unhappiness, and it is you I have chosen to commit myself to.’ These are the sorts of generously pessimistic and kindly unromantic promises that couples should make to each other at the altar. 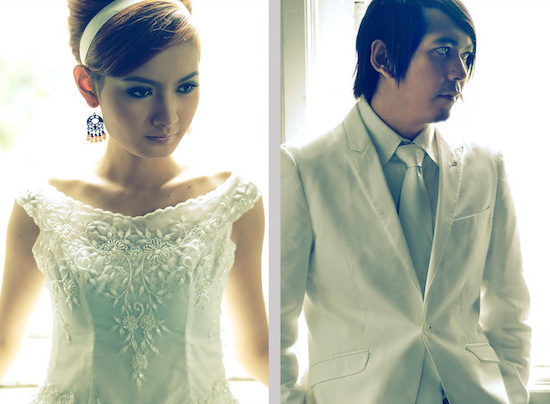 We can remind ourselves that Melancholy in relation to choice is not an aberration that visits us in this part of our lives alone: it is a fundamental requirement that keeps cropping up across the human condition. It was most clearly identified by the 19th-century Danish philosopher Soren Kierkegaard in a famous intemperate comedic outburst in his book Either Or: 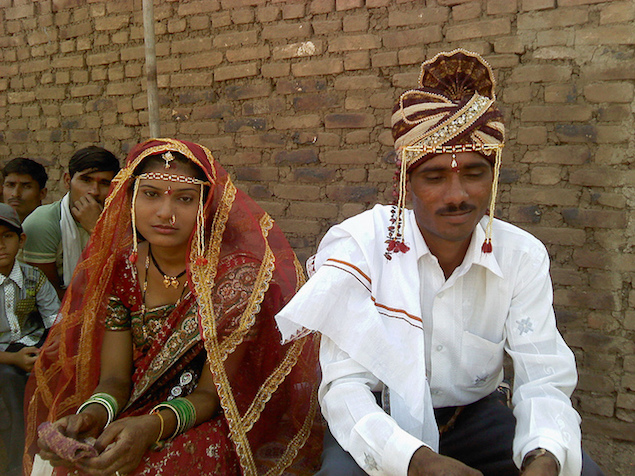 The point being that around many of life’s deepest themes, we just have no ideal option that represents a path to happiness. The only cure is a gently-worn pessimism. Spouses who remain faithful to each other should recognise the scale of the sacrifice they are making. There is nothing biologically ‘normal’ or cost-free about sexual renunciation. Fidelity deserves to be celebrated as a high point of the ethical imagination – ideally with some medals and the sounding of a public gong – rather than discounted as an unremarkable default stance whose undermining by an affair should quickly provoke utter rage. The restrained Libertine deserves particular honour for their ability to both know the deep, genuine attraction of other people – and the immense excitement of adventure – and yet with great inner sacrifice to hold back. Their full generosity may perhaps never be known by their partner, and yet it is an immense sacrifice for the shared good.

A loyal marriage ought at all times to retain within it an awareness of the immense forbearance and pessimistic, stoic generosity which the two parties are showing one another in managing not to sleep around (or, for that matter, in refraining from killing each other). That is something to feel truly hopeful about.