How Romanticism Ruined Love - The School Of Life

To fall in love with someone feels like such a personal and spontaneous process, it can sound strange — and even rather insulting — to suggest that something else (we might call it society or culture) may be playing a covert, critical role in governing our relationships in their most intimate moments.

Yet the history of humanity shows us so many varied approaches to love, so many different assumptions about how couples are supposed to get together and so many distinctive ways of interpreting feelings, we should perhaps accept with a degree of grace that the way we go about our relationships must in practice owe rather a lot to the prevailing environment beyond our bedrooms. Our loves unfold against a cultural backdrop that creates a powerful sense of what is ‘normal’ in love; it subtly guides us as to where we should place our emotional emphases, it teaches us what to value, how to approach conflicts, what to get excited about, when to tolerate, and what we can be legitimately incensed by. Love has a history and we ride – sometimes rather helplessly – on its currents.

Since around 1750, we have been living in a highly distinctive era in the history of love that we can call Romanticism. Romanticism emerged as an ideology in Europe in the mid-eighteenth century in the minds of poets, artists and philosophers, and it has now conquered the world, powerfully (yet always quietly) determining how a shopkeeper’s son in Yokohama will approach a first date, how a scriptwriter in Hollywood will shape the ending of a film, or when a middle-aged woman in Buenos Aires might decide to call it a day with her civil servant husband of twenty years.

No single relationship ever follows the Romantic template exactly, but its broad outlines are frequently present nevertheless – and might be summed up as follows:

– Romanticism is deeply hopeful about marriage. It tells us that a long-term marriage can have all the excitement of a love affair. The feelings of love that we are familiar with at the start of a relationship are expected to prevail over a life-time. Romanticism took marriage (hitherto seen as a practical and emotionally temperate union) and fused it together with the passionate love story to create a unique proposition: the life-long passionate love marriage.

– Along the way, Romanticism united love and sex. Previously, people had imagined that they could have sex with characters they didn’t love, and that they could love someone without having extraordinary sex with them. Romanticism elevated sex to the supreme expression of love. Frequent, mutually satisfying sex became the bellwether of the health of any relationship. Without necessarily meaning to, Romanticism made infrequent sex and adultery into catastrophes.

– Romanticism proposed that true love must mean an end to all loneliness. The right partner would, it promised, understand us entirely, possibly without needing to speak to us. They would intuit our souls. (Romantics put a special premium on the idea that our partner might understand us without us needing to say anything…).

– Romanticism believed that choosing a partner should be about letting oneself be guided by feelings, rather than practical considerations. For most of recorded history hitherto, people had fallen into relationships and married for logical pragmatic sorts of reasons: because her parcel of land adjoined yours, his family had a flourishing grain business, her father was the magistrate in town, there was a castle to keep up, or both sets of parents subscribed to the same interpretation of a holy text. And from such ‘reasonable’ marriages, there flowed loneliness, rape, infidelity, beating, hardness of heart and screams heard through the nursery doors.

For Romanticism, the marriage of reason was not reasonable at all, which is why what it replaced it with – the marriage of feeling – has largely been spared the need to account for itself. What matters is that two people wish desperately that it happen, are drawn to one another by an overwhelming instinct and know in their hearts that it is right. The modern age has had enough of ‘reasons’, those catalysts of misery, those accountants’ demands. Indeed the more imprudent a marriage appears (perhaps it’s been only six weeks since they met; one of them has no job or both are barely out of their teens), the safer it may actually be deemed to be, for apparent ‘recklessness’ is taken as a counter-weight to all the errors and tragedies vouchsafed by the so-called sensible unions of old. The prestige of instinct is the legacy of a collective traumatised reaction against too many centuries of unreasonable ‘reason’. 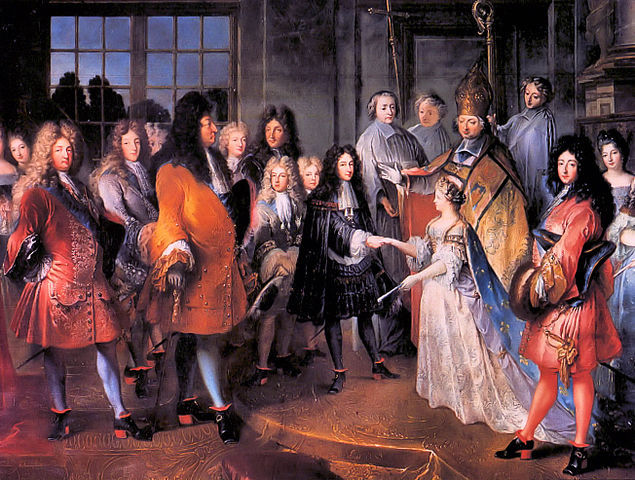 – Romanticism has manifested a powerful disdain for practicalities and money. Nowadays, under the influence of Romanticism, we don’t like these elements to be at the forefront of our minds around relationships, especially in the early days. It feels cold – or just un-Romantic – to say you’ll know you’re with the right person because the two of you make an excellent financial fit or because you gel over things like bathroom etiquette and attitudes to punctuality. People, we feel, only turn to practical considerations when all else has failed (‘I couldn’t find love, I had to settle for convenience’) or because they are sinister (the gold-digger, the social climber).

– Romanticism believes that true love should involve delighting in a lover in their every aspect. True love is synonymous with accepting everything about someone. The idea that one’s partner (or oneself) may need to change is taken to be a sign that the relationship is on the rocks; ‘you’re going to have to change’ is a last ditch threat.

This template of love is a historical creation. It’s a hugely beautiful and often enjoyable one. The Romantics were brilliantly perceptive about some facets of emotional life and were extremely talented about expressing their hopes and longings. Many of the feelings had existed before, but what the Romantics did was elevate them, turning them from passing fancies into serious concepts which determine how to manage a relationship over a lifetime.

We can at this point state boldly: Romanticism has been a disaster for our relationships. It is an intellectual and spiritual movement which has had a devastating impact on the ability of ordinary people to lead successful emotional lives. The salvation of love lies in overcoming a succession of errors within Romanticism. Our strongest cultural voices have – to our huge cost – set us up with the wrong expectations. They’ve highlighted emotions that don’t tell us very much that’s useful about how to make relationships work while drawing attention away from others that offer more constructive guidance. We deserve sympathy. We’re surrounded by a culture that offers a well-meaning but fatally skewed ideal of how relationships might function. We’re trying to apply a very unhelpful script to a hugely tricky task.

This Romantic script is both normative and at points delusional. In order to be thought normal in the age of Romanticism, many of the following are meant to happen:

– we should meet a person of extraordinary inner and outer beauty and immediately feel a special attraction to them, and they to us.

– we should have highly satisfying sex, not only at the start, but forever.

– we should never be attracted to anyone else.

– we should understand one another intuitively.

– we don’t need an education in love. We may need to train to become a pilot or brain surgeon, but not a lover. We will pick that up along the way, by following our feelings.

– we should have no secrets and spend constant time together (work shouldn’t get in the way).

– we should raise a family without any loss of sexual or emotional intensity.

– our lover must be our soulmate, best friend, co-parent, co-chauffeur, accountant, household manager and spiritual guide. 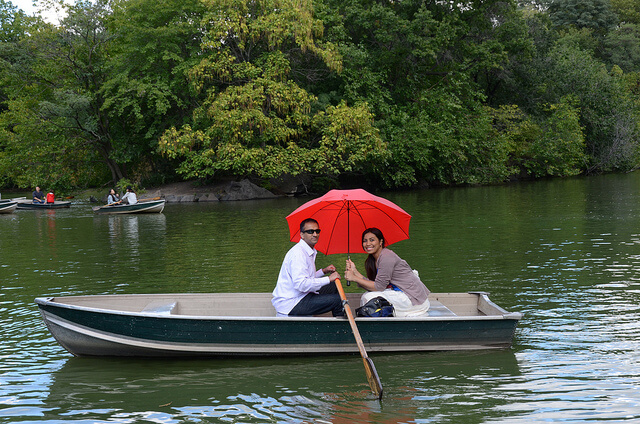 A culture is a set of widely circulating ideas that suggests how we should see ourselves and our lives. We don’t notice it much of the time but it’s there in the background, leading us to judge whether we may be on track or have gone badly awry.

Knowing the history of Romanticism should be consoling – because it suggests that quite a lot of the troubles we have with relationships don’t stem (as we normally, guiltily end up thinking) from our  ineptitude, our own messed up inadequacy or our own regrettable (one now thinks) choices of partners. Knowing the history invites another, more useful idea: we alone are not to blame, we were set an incredibly hard task by our culture, which then had the temerity to present it as easy.

It seems crucial systematically to question the assumptions of the Romantic view of love – not in order to destroy love, but to save it. We need to piece together a post-Romantic theory of couples, because in order to make a relationship last we almost have to be disloyal to the Romantic emotions that get us into it in the first place. The idea of being ‘post-Romantic’ shouldn’t imply cynicism; that one has abandoned the hope of relationships ever working out well. The post-Romantic attitude is just as ambitious about good relationships, but it has a very different sense of how to honour the hopes.

We need to replace the Romantic template with a psychologically-mature vision of love we might call Classical, which encourages in us a range of unfamiliar but hopefully effective attitudes:

– that it is normal that love and sex may not always belong together.

– that discussing money early on, up-front, in a serious way is not a betrayal of love.

– that realising that we are rather flawed, and our partner is too, is of huge benefit to a couple increasing the amount of tolerance and generosity in circulation.

– that we will never find everything in another person, nor they in us, not because of some unique flaw, but because of the way human nature works.

– that we need to make immense and often rather artificial-sounding efforts to understand one another; that intuition can’t get us where we need to go.

– that spending two hours discussing whether bathroom towels should be hung up or can be left on the floor is neither trivial nor unserious; that there is special dignity around laundry and timekeeping.

All these attitudes and more belong to a new, more hopeful future for love.