Our Secret Fantasies - The School Of Life

Every day, each one of us entertains, in the caverns of our minds, a host of secretly very enjoyable but deeply taboo ideas and scenarios.

We fantasise about the downfall of rivals, sudden wealth and fame, reversing and accelerating time, eliminating colleagues, anticipating the stock market, the death of various people (even a few we’re meant to love) – and of course, of having sex with a huge variety of entirely inappropriate people in a plethora of highly forbidden or just pretty non-standard ways. 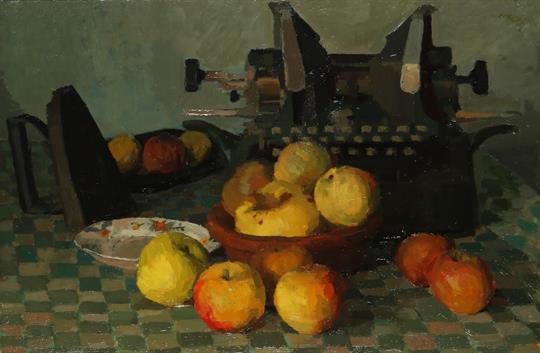 The presence of these fantasies can be hugely dismaying and shame-inducing. If they were ever to become reality, we would be ostracised, fired, divorced, disowned, arrested or even put to death. We contain in our minds enough explosive material to set our world aflame many times over.

But in truth, having fantasies that are sharply at odds with reality is a fundamental feature of good human lives. It started when we were very young. As a child, we might have enjoyed imagining going to the South pole, wrestling and then making friends with a polar bear, adopting a pet penguin with a broken wing and then spending the night in an igloo before getting rescued by pirates cruising past in a four masted, nuclear powered ship. In the real world, this would be by turns horrific, impossible, dangerous and in breach of maritime law. But in our heads, it is lovely. Make-believe is so enjoyable because it takes a scalpel to experience and cuts away everything that would be genuinely awful in reality.

We don’t worry about children fantasising. We are confident about the many secure and obvious barriers between having a thought and doing something about it in the world. We should extend the same understanding to ourselves as adults. A fantasy isn’t a plan, it’s a disguised – but very precise – acknowledgement of what would never work but needs to be aired. In its form, it is a testament to our acceptance of the way things actually are. We fantasise instead of preparing. This is what distinguishes us from genuinely terrifying people: those who, rather than fantasise, put things into action. The origin of fantasy is not a failure to understand reality; it is, rather, a deep appreciation of reality which, for the sake of inner relief, has been briefly suspended.

The legal system, which makes such a strong distinction between a thought and an action, a fantasy and an enactment, is the guardian of a very important truth and basic liberty, which it has taken many hundreds of years for humanity to secure – and must never again be blurred. Civilised societies don’t have thought crimes.

Yet should it still worry us that fantasies occur to us at all? Isn’t it terrible that pretty shocking thoughts pop into our minds, even if we know they are just thoughts? A fantasy is always trying to tell us something important about ourselves – even though the message usually arrives in garbled forms. A fantasy about wealth isn’t really a political thesis about the allure of drastic inequality; it’s a way we talk to ourselves about stress and anxiety; we’re imagining a life in which we didn’t have to worry. Our complex sexual fantasies are ways of acknowledging certain needs we know we’ve had to sacrifice in the name of loyalty to people we love – but which we need to hang on to nevertheless.

At the root of our guilt around our fantasies is that we don’t know anything like enough about the inner lives of other people. We don’t realise how deeply normal our so-called oddest thoughts are. You can be certain that the most apparently private thoughts you’re harbouring in utter shame are active fantasies in the minds of millions of others right now.

Our fantasies aren’t signs of evil, they are natural products of the brain, the result of the powerful fact that our minds need to imagine the impossible to come to terms with the forbidding, sober nature of reality.