Why None of Us are Really 'Sinners' - The School Of Life

Why None of Us are Really ‘Sinners’

Christianity has, traditionally, spoken a lot about sinners. In the fourth century, the Church identified ‘seven deadly sins’: failings of character that were to be particularly condemned and avoided by all righteous people. They were

1. Pride (being snobbish and boastful)

4. Gluttony (eating too much)

5. Lust (wanting to sleep around)

Christianity took these to be severe faults of the soul that marked out a person as a fitting target for scolding and punishment. God himself would, on the Day of Judgement, be remorseless with sinners and send them to spend millennia in the darker, more tortured bits of Purgatory. 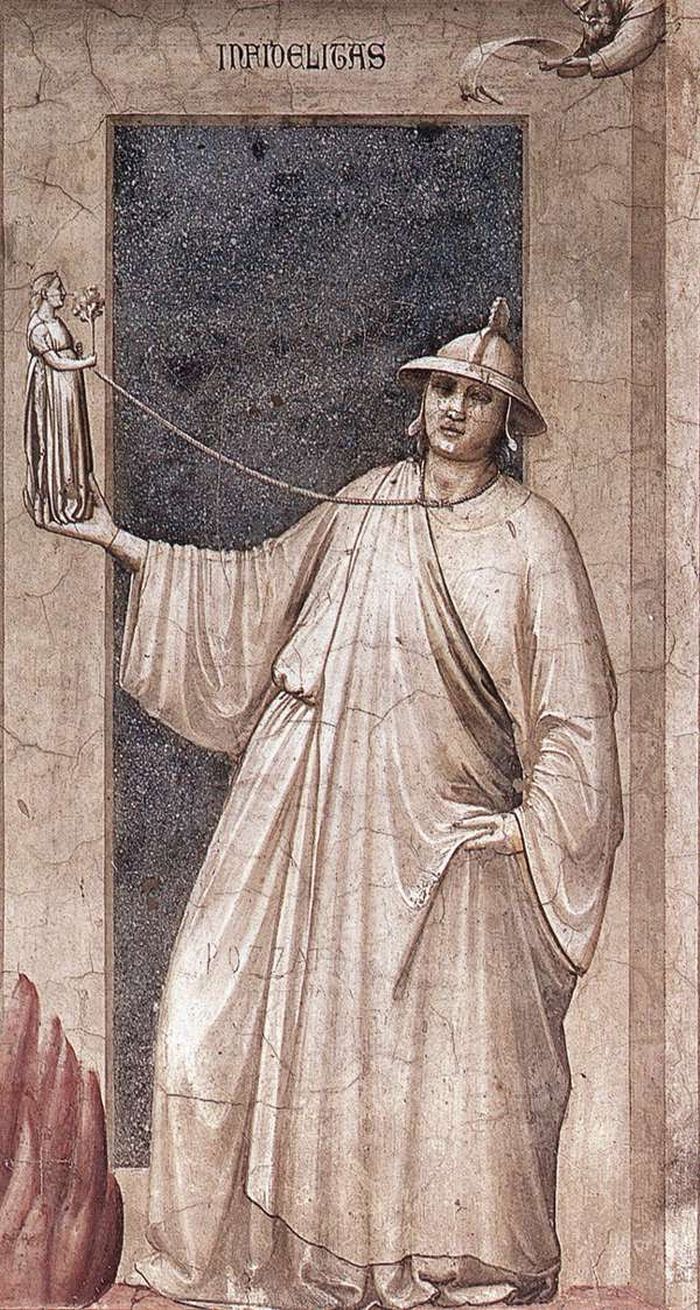 We may not use precisely such traditional, theological words today, and we may not imagine the Creator of the Universe as someone who organises chastisement for people beyond the grave. But, in the spirit in which we interpret failings of character and respond to people’s less fortunate sides in the online and real worlds, we tend to retain a similarly damning and ungenerous set of attitudes.

We may feel that, through our harshness, we are helping humanity to improve, but if this is really our goal, then it pays to move beyond mere condemnation in an attempt to understand what truly drives people in their more regrettable moments.

We stand to stumble on a surprising truth: behaviour we call sinful is never simply that. It represents an unfortunate first response to difficulty and distress that could, if it were properly understood, guided and forgiven, be redirected towards nobler ends. We aren’t evil, so much as in a lot of pain in a series of areas. 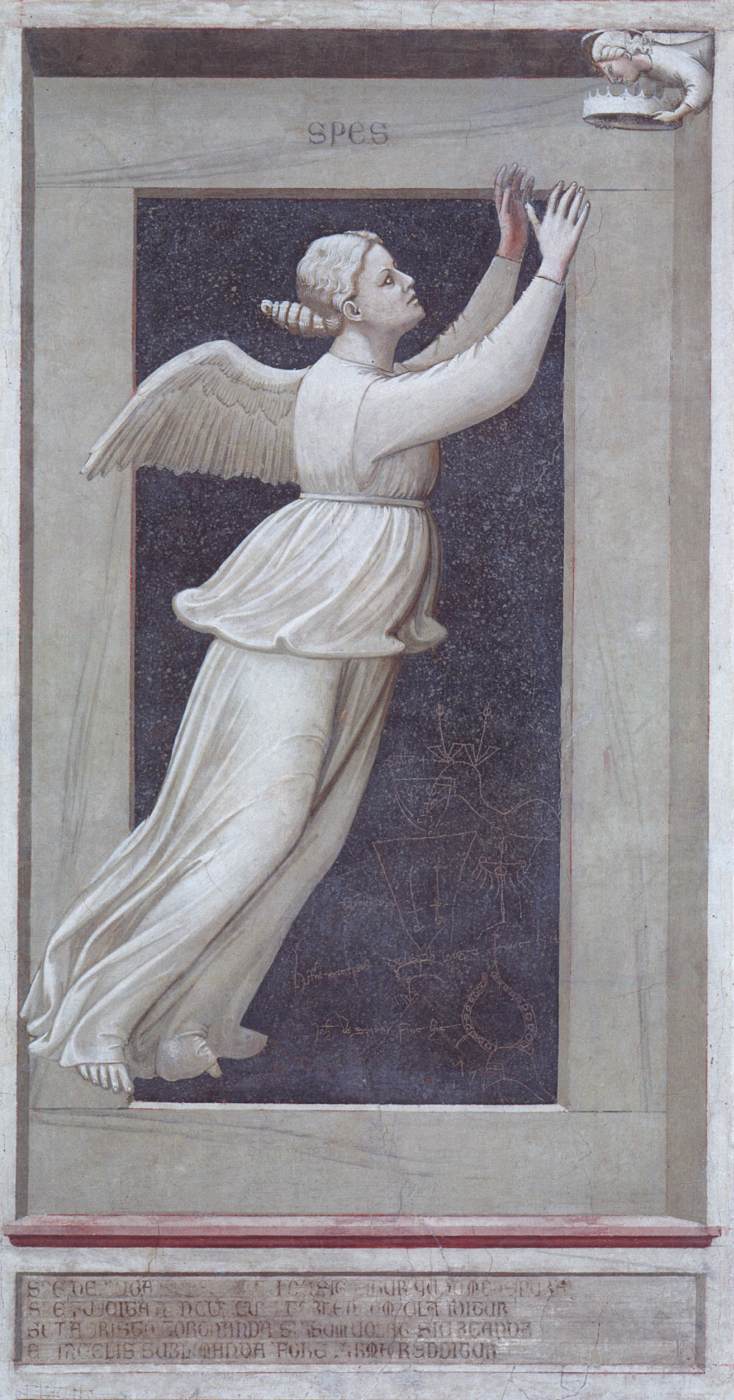 Let’s consider each of the seven sins in turn:

Pride – It can appear as if we end up boasting and grandstanding because we’re so pleased with ourselves. Far from it. Boasting is only ever a response to a feeling of invisibility. We badly need to thrust forward an idea of our own importance because (behind the scenes) our very right to exist seems so much in question. We see it as almost inevitable that others will think ill of us – unless we urgently and dramatically assert our greatness. That is why, of all people, the proud don’t need to be told they are terrible; this is precisely what they secretly think they are already. They need encouragement to feel a more genuine pride in their own merits – so as to be spared the manic impulse constantly to call them to the attention of others.

Envy – Envy is a graceless way of confronting an idea that is, in other contexts, fundamental to decent ambition as well as modesty of character: the notion that we are incomplete, imperfect and in need of improvement. Envy grows from the legitimate insight that others have something to teach us – mixed together with a degree of inaccuracy and panic about what this might actually be. Envy should, ideally, be our teacher. We should note when it strikes us, sift through its confused signals and use them to work out our direction and purpose. The solution isn’t to be made to feel guilty for our envious attacks. It is to be helped to understand what is truly missing from our lives.

Wrath – The mean angry things we say when we’re upset are almost never truly meant. They are the result of panic and anxiety. We call someone a stupid fool because we are, that moment, terrified. We shout because we feel we’re fighting for our lives. Therefore, instead of being repeatedly told how appalling it is to be angry (we of course know this quite well already), what we need is someone to demonstrate a proper understanding of our underlying fears. ‘You must be scared’ is the kindest but also the most effective response to any angry outburst; it puts its finger on what is really going on. We need others to appreciate our fragility, not berate us for our roars.

Gluttony – We eat too many chicken wings and toasted sandwiches not because we’re greedy, but because we are emotionally starving. We want love far more than we want calories; we’re just at a loss as to how to find it. So the solution isn’t to be told to eat less (as diet gurus and Christian theologians suggest); it is to be helped to discover new sources of kindness, security and emotional connection. Our appetite isn’t essentially bad – it simply hasn’t found its ideal target. Our excess weight is a symbol of our background emotional undernourishment.

Sloth – Laziness is really fear. We can’t bear to get down to our work, because if we were to apply ourselves, we risk terrifying humiliation. We might not succeed as well as we’d like, we might find a task too hard, we may realise we’re not yet equipped to undertake it or be mocked by the world. These aren’t failings so much as hugely understandable anxieties. Behind our inaction is anticipated disaster; a catastrophizing mind. We will begin at last when the fear of doing nothing at all trumps the crippling fear of doing something badly.

Greed – The powerful urge to take more than our fair share is really a reaction to a feeling of deprivation; we’ve felt so neglected and vulnerable, we require ever more. Our fear is so entrenched, we’re trying to keep it at bay by grabbing as much as we can, as quickly as possible. To others, we may make look already advantaged and privileged; inside we just feel desperate. 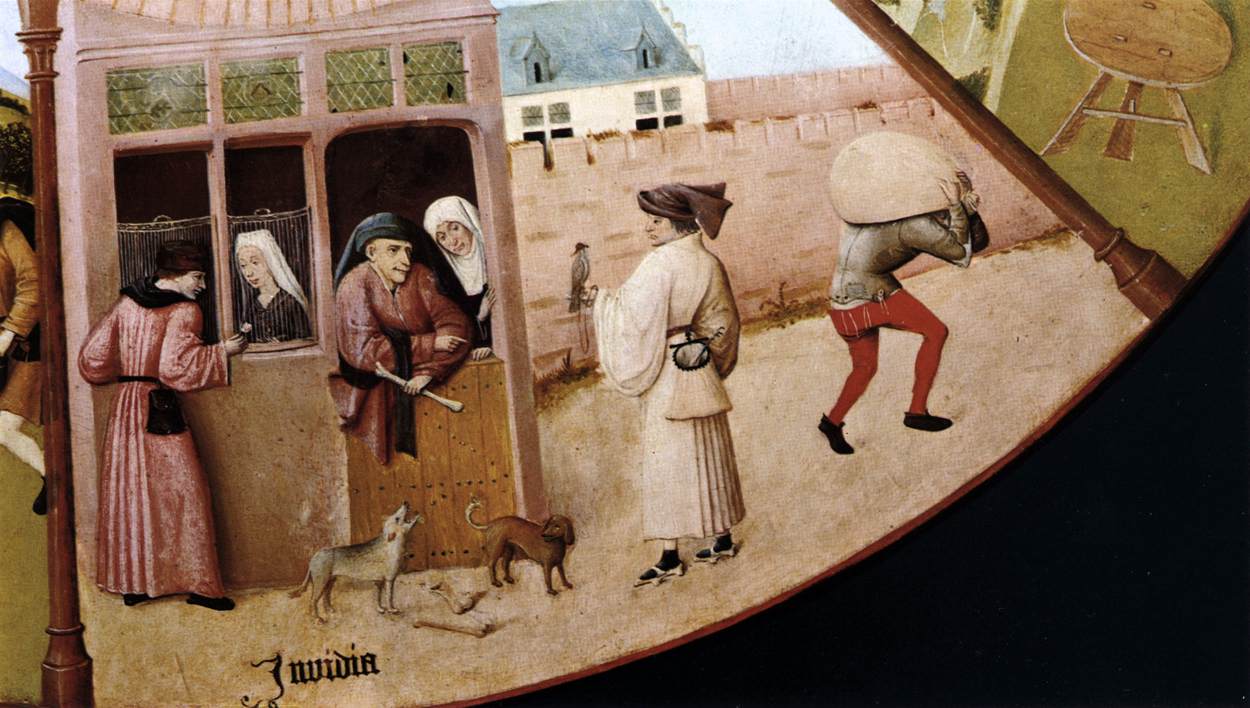 In short, our ‘sins’ are not signs of being bad people. They are the shape our unmet needs take when we haven’t found any better way of addressing them. We don’t have to be berated or threatened with hell. We need an open affection that welcomes us as we are, a forgiveness that doesn’t involve criticism and a tenderness that delicately, without humiliation, locates our true vulnerabilities and encourages our own native appetite for reform.