Why We Go Off Sex - The School Of Life

Why We Go Off Sex

Everyone knows that at the beginning it happens all the time…and then, as relationships get longer, it doesn’t really any more.

We say it’s because we’re too busy, or tired, or just not in the mood. But why does this important ‘mood’ disappear? 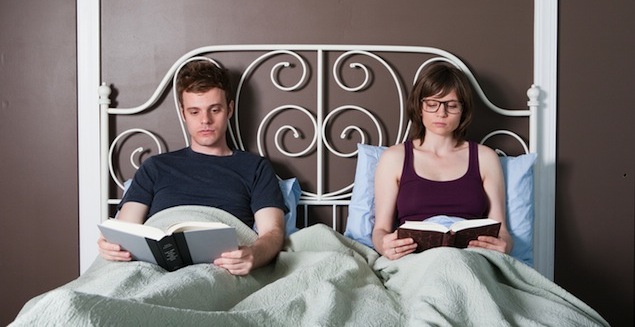 To understand excitement, we have to go back to the early days, when we were deeply in the mood pretty much every hour. What was exciting was our ability to touch, hold, stroke – in short, possess someone who wasn’t entirely within our reach: someone who was independent and free to walk away from us – and yet miraculously was choosing not to do so. 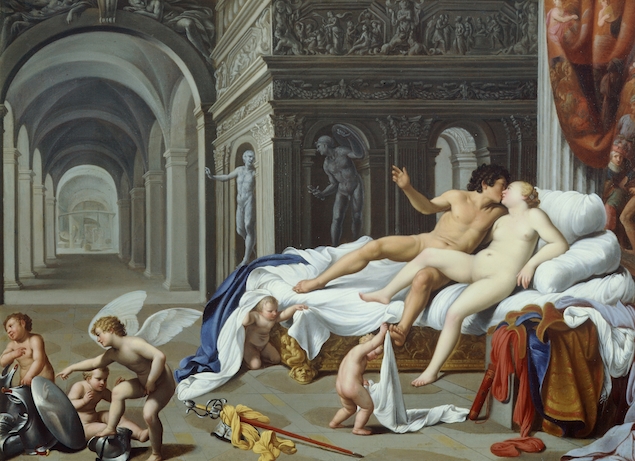 The thrilling desire to be within and inside the body of another person stems from an active, mesmerised wonder that they’ve allowed us to come so close and, somewhere in the semi-conscious mind, a fruitfully worried sense they might not do so forever.

Unfortunately, liking someone means we almost always want to reduce their ability to survive without us: in the nicest way, we relentlessly try to erode the freedom of the person we love. And so gradually, we kill the very spirit of independence that had underpinned our desire at the outset.

There’s something else that wears away at the sex drive: fear. Odd though it might sound, asking someone to have sex with us generally has an element of risk attached to it. The other person might say ‘no’ or even, at the limit, ‘I’d never want to do that.’ Sex is a request.

And in order to make a request, we have to feel reasonably safe about rejection. At the start, we do feel that safety because – even though we don’t know our lovers so well – we’re independent: we have our own routines, options and autonomy… If it didn’t work out, we could walk away – so we can take the risk of asking them to act stuff out, the intense compelling stuff, perhaps that one about the sailor or the other about the riding instructor.

In time though, the stakes rise. Our self-sufficiency weakens. We give up our own ‘castle’ for the joint home and the ability to run away when things get bad. Out of love, we break down the pillars of our independent selves. We knit ourselves together. We no longer have very much we can squarely call our own any more. We have to make requests of the other person all the time: we want them to buy the sofa we like, we want very badly not to go and see their parents at Christmas, we rely on their income while we go back and study for a new qualification… 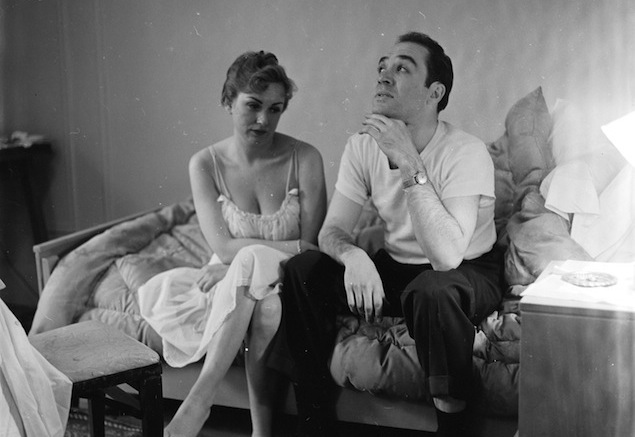 In the circumstances, yet another request seems like it may really be one too many. So we don’t bring up that thing we want to do with the mask or with the long boots. We no longer have the will to lose credit or face in front of our daily negotiating partner.

It might just be easier to leave things alone altogether and then later to fantasise with the help of that less stressful, fraught partner: the computer. 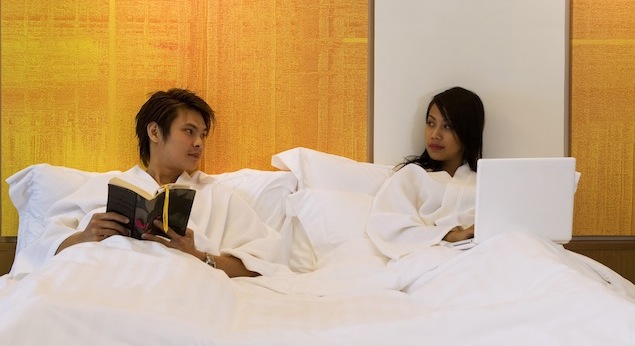 Strangely, there is one thing that’s almost guaranteed to revive sex: a huge argument with a genuine possibility of separation. Major bust-ups have a curious habit of ending up in the bedroom because they bring back to light two things whose apparent absence had gravely undermined sex. Firstly: the sense that you could both theoretically walk away. And secondly, the sense that you could, though it wouldn’t necessarily be easy, survive independently.

Good sex needs this, for it relies on a feeling of freedom and a buoyant self-confidence – the very things that can become oddly so scarce as the union becomes ever more co-dependent.

To get back to the thrill of the early days, we need to learn the deepest and best lessons of breaking up, ideally without having to go through the very sad and painful process of actually doing so.