How We Need to Keep Growing Up

The business of growing up is something we normally think comes to a close when we get to 16 or so – and finally turn into those fully finished products: adults.

Up until then, our growth is the subject of quite a lot of collective fascination. Twentieth-century psychology, beginning with the work of the Swiss clinician Jean Piaget, pioneered an approach to child development that meticulously identified and labelled every principal stage an average infant might go through on the developmental journey of its earliest years. Thanks to this work, we now know that at six months, a child will be able to sit up on its own, pick up a small object (such as a raisin) using a thumb and forefinger and recognise its own image in a mirror, though it will most likely take another three months before it can drink from a cup on its own and understand simple requests. By two, it will start to say ‘I’ and ‘you’ and it will probably be able to put on a hat by itself. Around four, one can expect it to use sentences several words long and quite possibly invent an imaginary friend (an achievement that belongs to what Piaget called the Symbolic Function Substage). Between the ages of four and seven, children begin to grasp abstract concepts like ‘time’ and ‘a country’ but typically make mistakes around the use of ‘less than’ and ‘more than’. 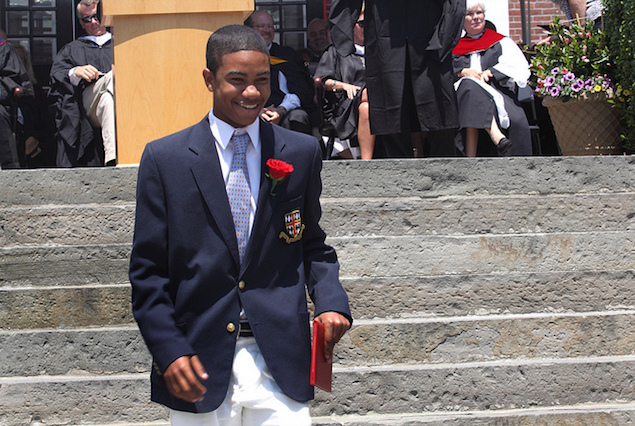 Parents, uncles, aunts and grand-parents tend to be deeply interested in these developmental milestones – which become the stuff of family legend. However, after about 16, the attention society pays to the maturation of an individual becomes ever more coarsely grained. The focus shifts to external, material matters: we track what someone gets in their university degree, what job they secure and how they progress up the corporate hierarchy. Growing up becomes synonymous with getting ahead.

Yet, in truth, we never stop having opportunities to grow in an emotional – rather than material or physical way. Perhaps between the ages of 19 and 21, without anyone really focusing on this happening, we may radically rethink our view of how to handle our parents’ shortcomings. Or our view of envy takes a leap forward in the middle of our 23rd year. Or, as we approach 33, lying in bed early one morning in a hotel, we amend our sense of who is to blame in certain relationship conflicts. We may look more or less the same, but inside, slow, unheralded moments of emotional growth may be gestating. 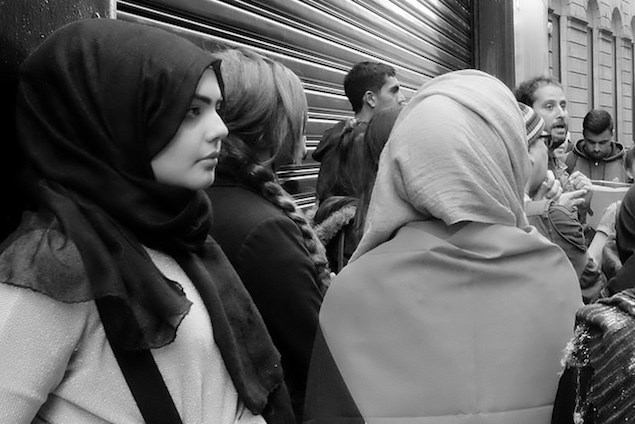 Unfortunately, we have nothing like the clear, detailed stages to measure ourselves against that babies and young children enjoy – and that might give us the encouragement we would need to note and foster stages of growth. Yet, every adult life contains the potential for new emotional skills, each in its own way as significant as a child mastering a quirk of language (in English, for instance, saying ‘I thought rather than I thinked’) or learning to ride a bicycle.

To develop emotionally involves a range of steps: learning to understand and sympathise with oneself; to take proper stock of one’s childhood influences; to communicate flaws and eccentricities to others in good time, to interpret others beyond what they have directly said to us, to recognise the hard edges of reality without being destroyed by them, to accept one’s needs for consolation and assistance, to achieve a necessary degree of confidence, to know how to despair without wholly giving up on existence…

We can imagine plotting the inner journey like islands, each one of them marked by settlements, which we should take the trouble systematically to work our way around, as we might the cities of Renaissance Italy, or the beauty spots on the Pacific Highway. 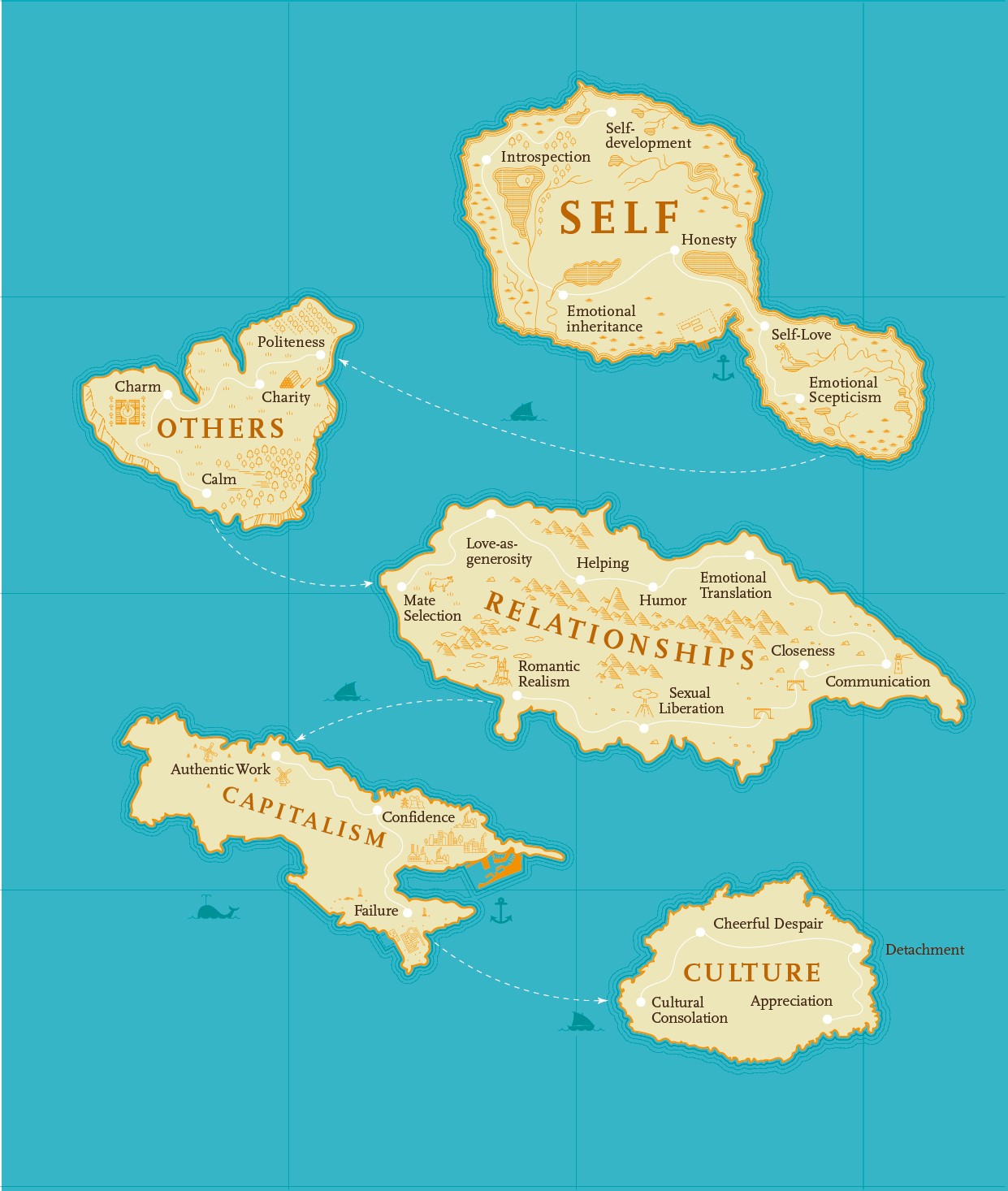 We’d tell our friends excitedly that we’d learnt about Emotional Translation or had achieved excellent grades in Communication. We might throw a party when we’d learnt how to do Cheerful Despair.

Despite misleading external signs, we aren’t, in fact, ever done with the tricky business of becoming that hugely important thing: an emotionally mature person or, to put it another way, a real grown-up.