The Benefit of Analogies - The School Of Life

One of the most striking capacities of the human mind is our ability to get clearer about ideas that might otherwise have been vague or hard to grasp via the process of drawing analogies.

Analogy works by picking out a feature that is clear and obvious in one area and importing it into another field that happens to be more confusing and intangible. Take the analogical phrase ‘papering over the cracks’ – commonly used to suggest a shoddy, incomplete, lazy or dishonest manoeuvre. It is easy to develop a vivid image in our minds of how putting up wallpaper can hide multiple defects in plasterwork. But it might be much harder to see that, in a relationship, going on an expensive holiday won’t do anything to address the daily conflicts of life together or that, at work, moving to fancy offices won’t alter the deep problems with the quality of the management team.

In the early part of the twentieth century, while he was starting to write In Search of Lost Time, Marcel Proust was continually daunted by the task of trying to find words to capture his confused sense of how multiple each of us is. So varied are we, he thought, it’s almost as though every one of us contains multitudes, hiding under the cover of a single name. One evening, Proust was sitting in a garden in Paris looking at a fountain: from a distance, it looked like a single column of water. But as he approached it, he saw that it was actually made up of lots of individual jets arranged very closely together. It struck him then that a good analogy for a bit of human psychology he had been struggling to define would come from the Jardin du Luxembourg: we are each of us like a fountain, he thought, configured out of diverse, separate impulses, desires, attitudes and concerns that then from a distance (seen by another person) give off an impression of being unified and coherent.

Analogies shed light not only on visual or psychological phenomena; they illuminate whole areas of intellectual concern. For example, in order better to understand what art is for, we might drawn an analogy between art and advertising. We might say that a painting by Botticelli is a kind of ‘advert for tenderness.’ 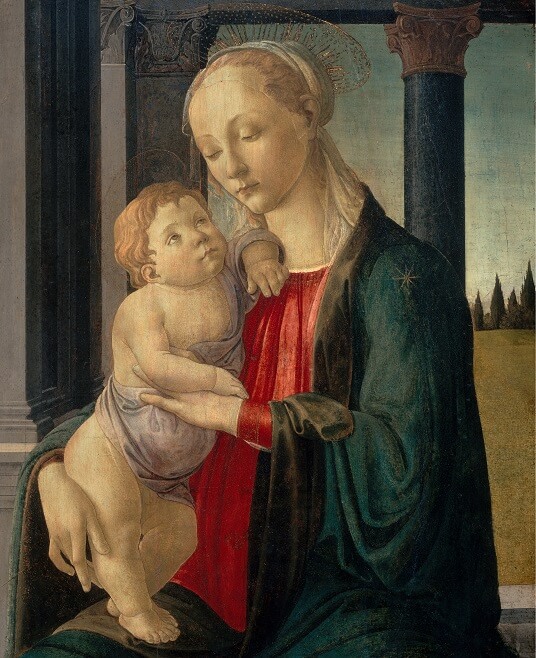 An advert for tenderness

Thinking about art in terms of advertising helps us to see something that we might have missed if we had stuck to more narrowly to an aesthetic lexicon: that many works of art are trying to persuade us of something rather than just pleasing us, they are trying to seduce us to appreciate a particular point of view and take their implicit philosophy deep into our souls. By drawing an analogy with adverts, which we know are obviously in the selling game, we can become newly conscious of the more didactic sides of certain paintings. We’re not being sold products as such, but we are being induced to ‘buy into’ attitudes and frames of mind.

Some of the best analogies function by illuminating an elusive area in one field with reference to a very tangible and every day one in another. When it comes to cooking, we know well that a certain ingredient can be very important in a dish even though it would be pretty useless on its own: for example, egg yolks play a crucial role in spaghetti carbonara – but a pure dish of yolks would be highly unappealing. This concept of one thing needing to combine with others in order to fulfil its potential value and of being unappetising without them is immediately simple to understand in the kitchen, but can be rather harder to grasp in other areas. For example, we often struggle to define what the role of money should be within a good relationship. Should it matter at all? Is it key? Should we even think of it? The best way to put it might be with recourse to a cooking analogy: money is one ingredient in the dish of conjugal happiness, but a pure pile of cash on its own, without other ingredients (such as tenderness and generosity, self-knowledge and attraction) is not going to be of any more use than egg yolks without Parmesan cheese, garlic, pancetta, olive oil and spaghetti. An analogy is a deft mechanism for importing understanding from one region of our minds where it is in good supply to another where there is currently a shortfall.

It can seem like it might take a special type of imagination to come up with helpful analogies – and that it took a rarefied degree of poetic genius to dream up the great literary comparisons, like when Wordsworth compared human loneliness to a solitary cloud drifting in the sky, in the title line of what was once one of the most famous poems in English: I wandered lonely as a cloud. 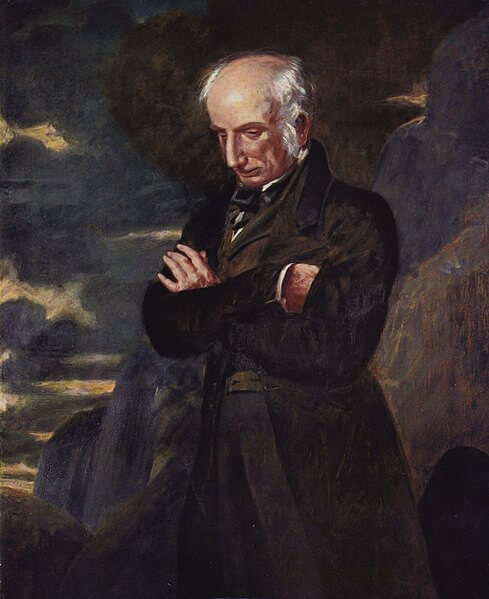 But helpful analogies are, in fact, everywhere because it seems as if the universe is inherently structured as a set of motifs that repeat themselves across fields: that the rain drops on a window will imitate the patterns of a dried out river bed and the fissures on the surface of Mars will follow some of the same logic as the lines on our palm.

This pattern repetition means that if we properly understand one aspect of one area, we already possess important clues for making sense of aspects of other areas. What goes on in national politics will have close analogies with what typically happens in a relationship. To understand a power struggle at the top of a large corporation, we might make a comparison with the machinations in a medieval royal court. The development of an adolescent can be illuminatingly compared to that of a frog from a tadpole. The behaviour of hormones in our bodies will follow some of the same patterns as air currents in the sky.

We are often more confused than we might be because we are brought up to think in silos. We should, when things get unclear, always reach around for analogies from apparently alien but secretly sympathetic domains: biology should be invited to illuminate art, art politics, politics relationships, relationships nature, nature our moods, our moods cookery and so on and so forth. The benefits of analogy forms an argument for keeping our minds well-stocked with knowledge from other disciplines, whatever domain we happen to be in. Engineers should – on this score – spend a good amount of time reading poetry, poets cookery books, cookery writers economics manuals and so on. And when we are at moments of particular confusion, we should try to break the stalemate in our thinking by looking out for patterns, processes or phenomenon in another subject that might bring a little clarity to our own. We stand to find a lot of lids that fit our respective jars.

Try to describe a dilemma you are facing with different analogies from foreign disciplines.

– If my relationship were a car, it would be a…

– If key people in my office were animals, they would be…

– If my career were a kind of weather, it would be…

– If the problem in my life was a moment in history, it would be…

– If my body was a sort of material, it would be…