How to Spend a Few Days in Paris

Paris is one of the world’s most famous and visited cities. How should one spend a couple of days there? By answering this, we’ll be examining a host of questions about travel more generally.

Often a trip to Paris is organised around a homage to culture. We want to get in touch with great cultural figures: we go to see their works and and the places they lived and worked. We’re trying to get close to them. But there’s a strange irony: one of the things these people would never have done is visit museums. We would be better off focusing on what they loved, not what they made.

For instance, we might want to honour the 18th-century painter Chardin by going to the Louvre and looking at some of his paintings.

But Chardin didn’t spend his time doing that: he had little interest in exhibitions. What he liked doing was going to the market and buying apples and looking at them carefully. 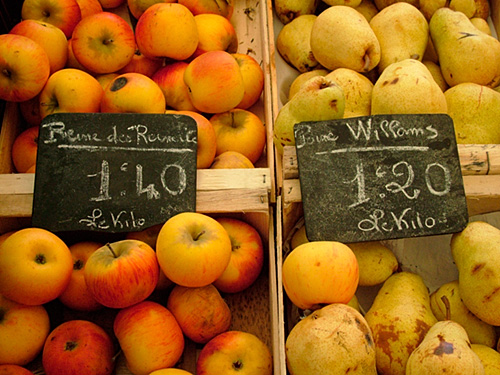 We might be inclined to make a trip to the Café de Flore at the intersection of Boulevard Saint-Germain and Rue Saint-Benoît in order to see the place where Jean-Paul Sartre did a lot of his philosophical writing. 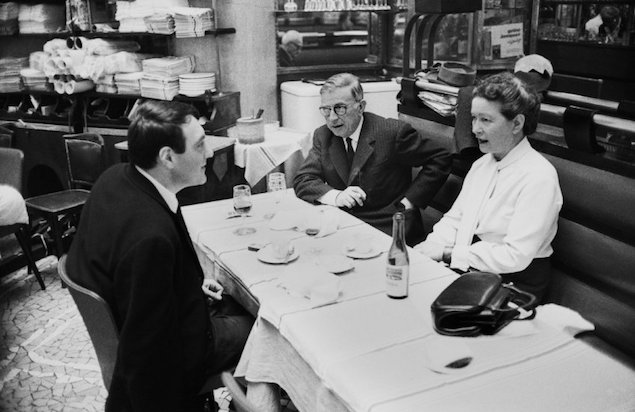 At the back of our minds, perhaps, we hope that by seeing the place we’ll boost our own creative and intellectual life. That’s a very nice and important goal. But there’s something curious about the way we’re pursuing it. Sartre went to that cafe because it happened to be a pleasant stroll from where he lived and (at the time) it was cheap and convenient. He didn’t himself visit cafes to see where other writers had had lunch. To be closer to him in spirit we should do what he did: go to any modestly priced cafe we quite like that’s near where we’re staying and work on our own ideas. 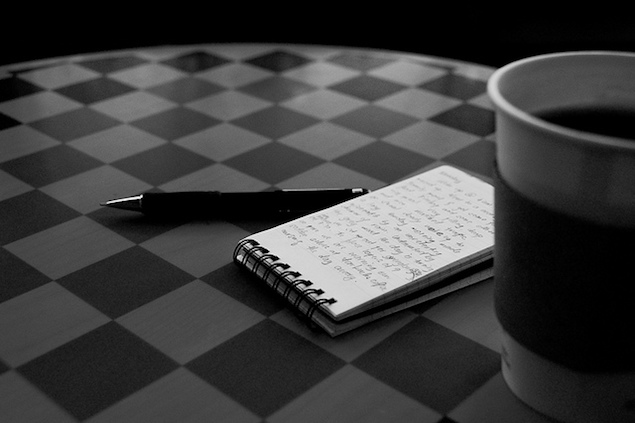 It could seem rather interesting – if one is literary-minded – to pay a visit to a recreation at the Musée Carnavalet of Marcel Proust’s bedroom: the cork-walled room where he wrote much of his great novel, In Search of Lost Time. 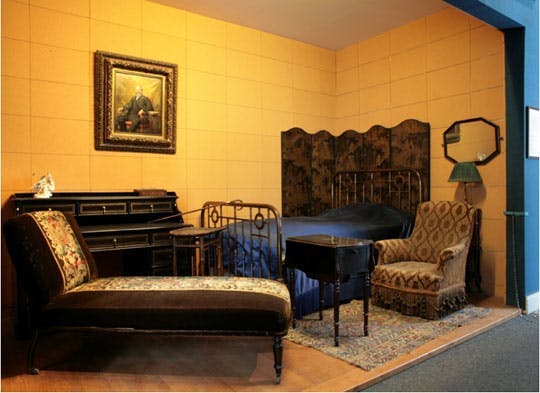 However, this isn’t something that would particularly ever have appealed to Proust himself. What he wanted to do – and would have encouraged us to do also – is to stay in one’s own bedroom and think in great detail about one’s childhood. The true place to commune with Proust is probably in one’s little rented apartment. 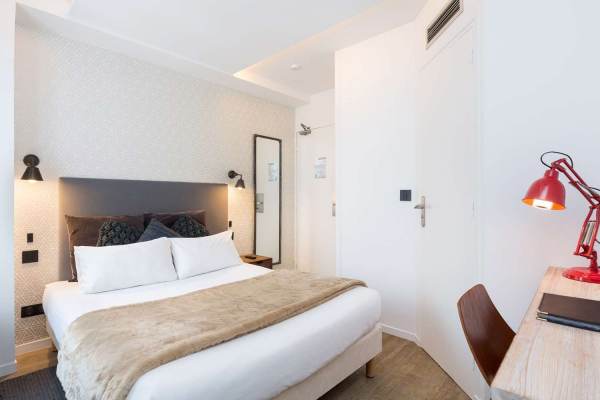 Most visitors to Paris drop in to Notre Dame. 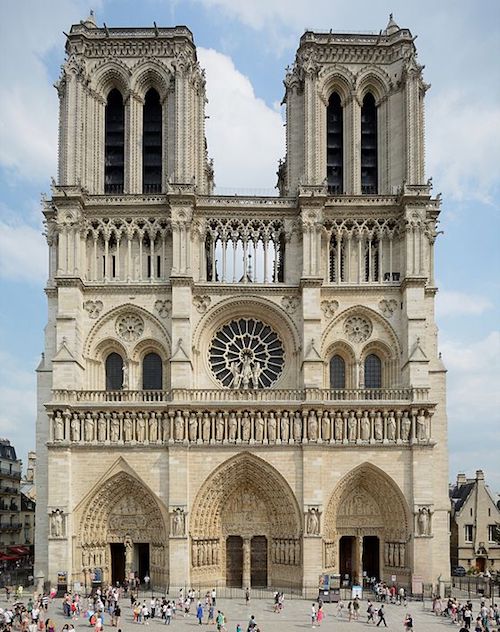 The people who built it wanted us to come. But they weren’t hoping that we’d be impressed by its pioneering use of flying buttresses or by the gargoyle water spouts high up on the roof. They primarily wanted us to examine our consciences and feel sorry for the wrong we have done to others, they wanted us to be generous to the needy and to wonder about the point of human existence.

And these are experiences we can come by – perhaps more readily – in other places, perhaps by visiting one of the less famous graveyards, such as the Passy Cemetery, where the brevity of life is grimly apparent and where the hurts and preoccupations of our lives are put in true perspective. 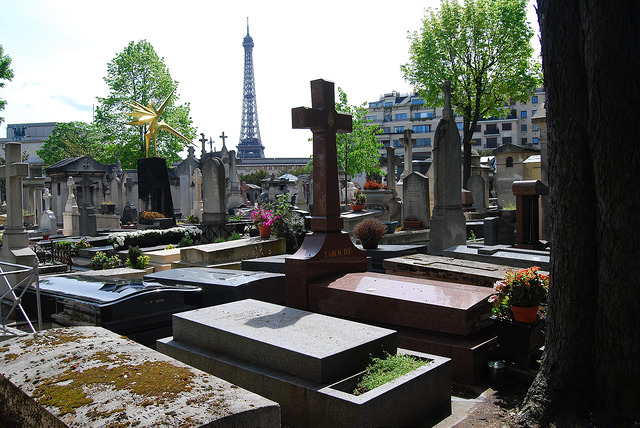 Maybe we’d go to the Musée d’Orsay to see Claude Monet’s painting La Gare Saint-Lazare which he painted in 1877. 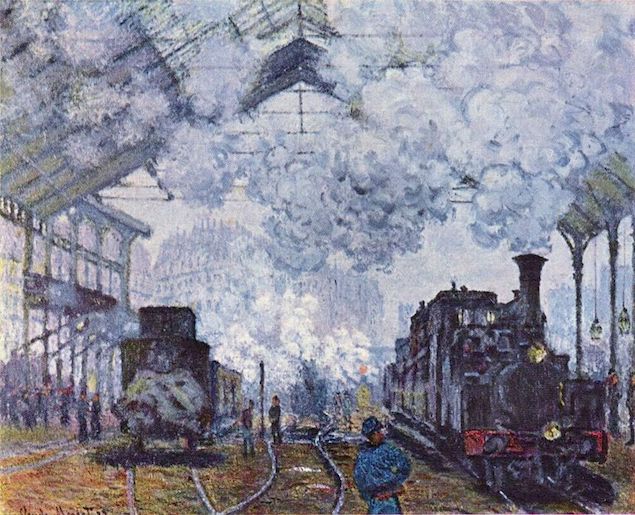 The irony is that Monet himself didn’t go to the Musee d’Orsay to paint this work. He spent many hours at the most sophisticated transport hub he could find contemplating the technical grandeur of modern life. If we want to love what Monet loved we might make space in our visit to spend more time at Charles de Gaulle airport. 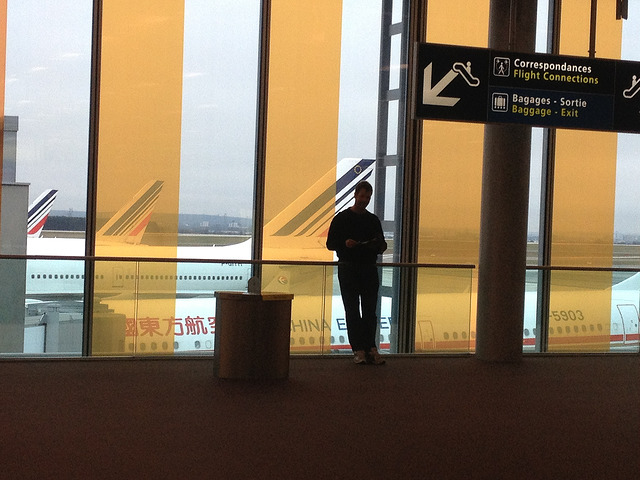 None of the great Parisian cultural figures – around many trips to Paris revolve – went there on holiday. They were writing, thinking and painting in the place they happened to live. They were interested in things – the beauty of ordinary objects, the meaning of life, memories – that don’t belong to any one particular place. Perhaps the ideal outcome of two days in Paris is the realisation that we may not need to visit Paris at all.