Why – When It Comes to Children – Love May Not Be Enough

Anyone of childbearing age will be surrounded by examples of catastrophic parenting in their own and previous generations. We hear no end of gruesome stories about breakdowns and resentments, shame and addiction, chronic failures of self-confidence and inabilities to form satisfying relationships. And at the root of all these varieties of suffering, one central cause sticks out: a lack of love. It was because the parents were remote and domineering, unreliable and frightening that life has never been quite complete.

From such failures, a major assumption has come to dominate modern ideals of parenting: that one must, above all else, love one’s child thoroughly, with immense sympathy, gentleness and kindness and that if one does so, the child will develop into a happy, loving and fulfilled human being.

This is the Romantic view of parenting and it is at its most vivid and self-assured in the early years, especially at moments when the child (finally) lies asleep in its cot, defenceless before the world. 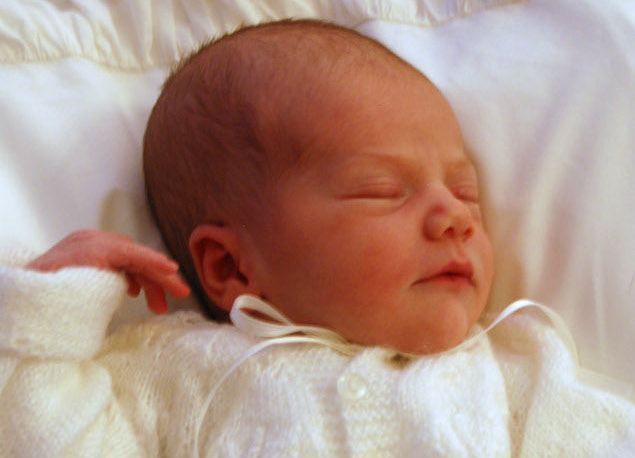 Yet, despite immense investments and profound devotion, one is – gradually – liable to be inducted into a far more complex and challenging set of truths: that love is not a universal panacea and that giving unconditional affection is no guarantee of all the results one had hoped for.

The terrifying 3am truths about parenting run a little like this:

You are a punchbag

The blades of your child’s remote-controlled helicopter snapped after five minutes, just as you were starting to get the hang of flying it. The fault lies squarely with the manufacturers. But, sadly, they were not present in the kitchen – so, at once and not for the first time, you became the target for the raging disappointment of your child. 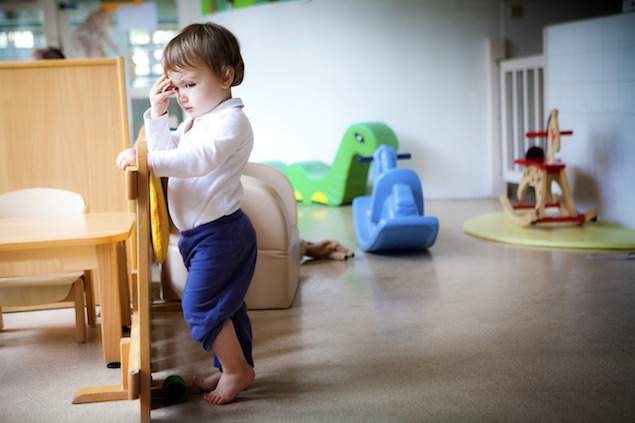 The repeated bad behaviour is surprising of course (it wasn’t meant to be that way), but it is a perverse sort of tribute to you nevertheless. One has to feel rather safe around someone in order to be this difficult. You certainly weren’t so tricky with your parents when you were young, but then again, you never felt so loved. All those assurances – ‘I will always be on your side’ – have paid off perfectly: they have encouraged your child to direct their every frustration and disappointment onto the loving adult who has signalled that they can, and will, take it.

You have to be the spoil sport

Human nature has a strong – and exceedingly inconvenient – bias towards indulging in whatever is most immediately pleasant and fun. And yet the central, unavoidable task of being a loving parent is to encourage the child to delay gratification in the interests of longer-term fulfilment. That’s why there will be fights. Constantly.

After all, it is so much nicer to play Minecraft than to learn how to spell ‘scythe’ or ‘embarrassment’; so much more amusing to see what happens if you put a hosepipe in the car’s exhaust than to do maths homework; so much better to read a magazine than brush one’s teeth, so much more gratifying to stay in bed than have a shower. 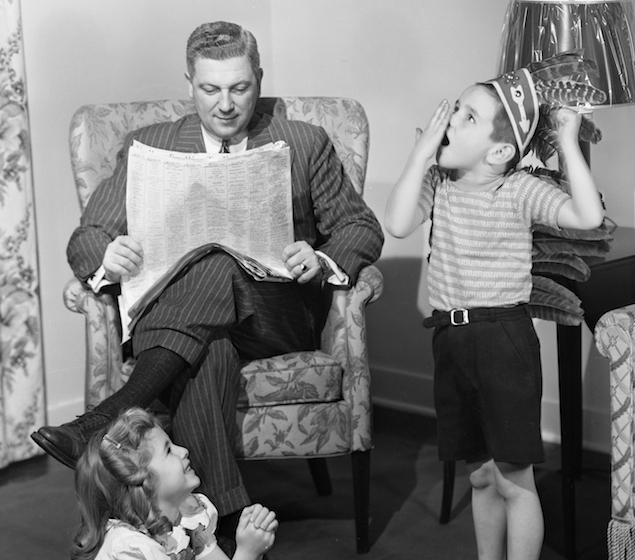 Out of love, a parent must – all the time, in small ways and large – say no. And for this, they will be severely punished. They will be treated as if they had arbitrarily made up the mechanics of tooth decay or had designed an economic system where the playing of computer games was disconnected from a capacity to pay bills. They will be punished for always bringing up unwelcome facts. And they will be very unfavourably compared with people who give the child whatever they want – because they just don’t care about them. It’s the thoughtless hedonistic characters, the ones who suggest all-night cartoon sessions and come around with iPads, who will be viewed as the heroes while the caring, denying parent has to contend with being called a ‘meanie’ and, later perhaps, a fascist.

You have to exert authority rather than teach

The dream is to coax the child into doing certain difficult things without ever having to demand they do so by force. The dream is not to have to ‘exert authority’, by which one means, bypass reason in order to impose a conclusion. The dream is to teach, and never to rely on the more basic weapons, like the assertion that one is the older, richer, bigger party.

One thinks with distaste of the Victorian parent demanding obedience simply by saying ‘I am your mother, I am your father’. To the child, the meaning of these words, mother and father, have changed entirely; they now mean merely ‘someone who will make it nice for me’ and ‘someone I will agree with if I see the point of what they’re saying.’

But attempts to teach and appeal to a child’s reason can only go so far. Whatever one says in a gentle voice, the children won’t eat vegetables; they won’t want to get out of bed in the morning; they will want to mock their younger brother or sister; they won’t stop playing the computer game.

When the child is very small, it is easy enough to deal with these protests: one can just lift them up or distract them in some kindly way for a moment. But later, by six, one has to use authority: one must simply assert that one knows best without explaining one’s reasons.

The child wouldn’t have the relevant bits of experience that would render one’s lessons comprehensible. A nine-year-old girl cannot understand how humiliating her six-year-old brother physically is a bad idea because this might make it hard for him to relate easily to women when he is older. It isn’t her fault she can’t understand. It would indeed be wholly unreasonable to expect a nine-year-old to be reasonable – and correctly comprehend the force and direction of adult concern.

The dream is that one will be able to pass on insights to the child that were painfully accumulated through experience, and thereby save them time. But in the absence of experience, insight doesn’t work. One cannot rush children to conclusions; one cannot spare them time. They will need, with difficulty, to make many of the same mistakes (and a few new ones too) and waste a good part of their lives finding out what you already know full well.

You can’t make things too nice for them

Modern culture is deeply vexed – and appalled – by the thought that development might require suffering. We have been traumatised by the barbaric old-fashioned enthusiasm for punishment, the view – expressed by generations of sadistic Victorian school masters – that success demands pain, that there is a necessary relationship between early discomfort and humiliation and later strength and ‘character’. 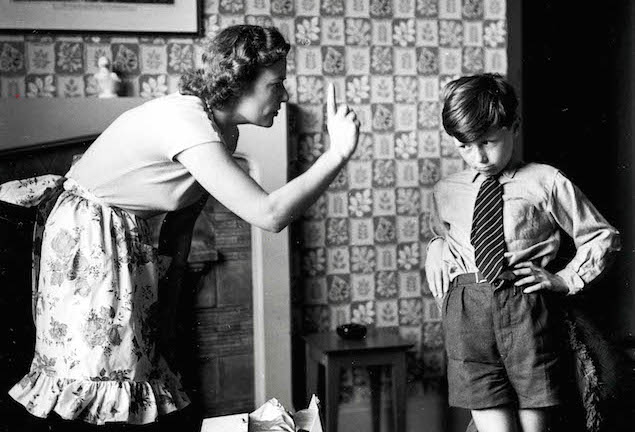 But we have not merely rejected the Victorian mechanisms for inflicting suffering (the cold showers, the beatings), we have for the most part sought to abolish suffering altogether. Kindness has been triumphant.

And yet this attempt to abolish suffering involves waging a counter-productive and ultimately cruel war with the facts of human nature. We know from our own experience that we have at key moments grown through things that had a painful side to them: that there were terrors, rejections and disappointments that – in the end – made us more mature and better able to pursue our goals. We know that the drive to accomplish certain things, to master some difficult material, to win out over others, gained some of its power from fear and desperate insecurity. Because someone (perhaps a parent) didn’t believe in us, we redoubled one’s efforts. Because we were afraid of the consequences of failure, because succeeding was the only way to impress someone we loved but who wasn’t easily impressed, we put on an extra spurt.

We desperately want our child to grow mature but without going through awful things. We hate being an agent of fear. We want always to cheer and to hug. We want everything to be nice. Yet we also know, in our hearts, that this can only be a path to ruin.

You can’t guarantee their goodness

The Romantic view of existence sees all humans as fundamentally good from birth: it is only upbringing and a lack of love that corrupts and damages us and in the process, makes us cruel. Romanticism states that if only a child can grow up anxiety free, secure and encased in love, it will never break another child’s toy, rip up their paintings or try to scare them. The child will be reliably kind if she or he has reliably been shown kindness.

But experience suggests the existence of some ineluctably dark sides hard-wired in us and beyond the reach of the gentlest behaviour: certain kinds of aggression, cruelty and violence appear to be a given. A child may just want to hit its sibling out of excess vitality, boredom or native sadism. It might just be fun to smack someone in the face to see what happens.

That’s why there used to be such an emphasis on manners. Those who upheld them didn’t believe that a child ever could be spontaneously good simply because they’d been shown love. Indeed, a firm denial of love was what was necessary to help the child to create a wall between what they might feel inside and what they knew they could express with others. Being strict wasn’t a route to making anyone evil, it was a way to teach a person to keep their evil firmly locked up inside themselves.

You can’t guarantee their success

The modern parent believes that it might be possible to mould a happy, fulfilled, successful human. From this flows the minute attention to detail, from the purchase of the cot to the time-tabling of after-school activities. It is this that explains the Mandarin lessons, the French horn, the educational trips to the countryside and the ruinous tutor fees – because with all this in place, fate and failure can surely be kept at bay. 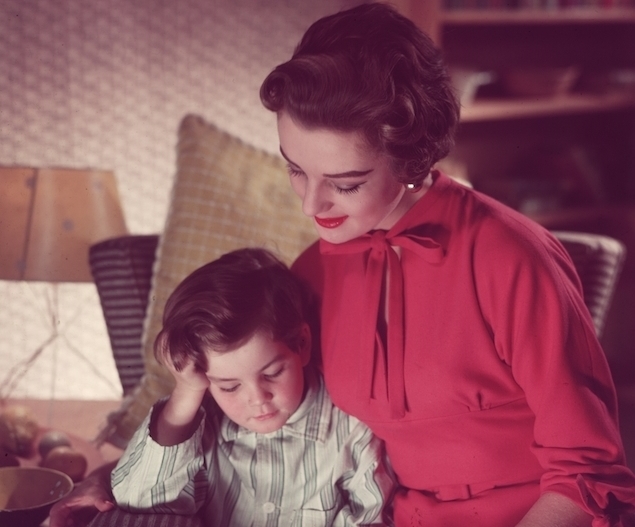 Yet the relationship between effort and return is more bizarre and more random. We cannot spare those we love the cup of human sorrow – whatever the intensity of our after-school programmes. We are always statistically most likely to give birth to mediocrities.

You will be forgotten

You take great care not to be frightening. You make silly jokes, put on funny voices, pretend to be a bear or a camel – all so as not to intimidate, so as to be approachable, the way one’s own parents were not. It should be a recipe for reciprocated love.

But weirdly, we rather like difficult people in a way, people we can’t quite read, who aren’t around so often, who are a bit scary. They hook us in – in a way the kind, stable ones never quite do. One loses authority by being natural, approachable, friendly, a bit daft, the clown who doesn’t want to scare.

An even more dispiriting thought comes to mind. Love them reliably and without fear and you will be forgotten. Be distant, intermittent, often absent and deeply volatile, and they will be obsessed with you for life.

And with these thoughts fully aired, it will be time for the kindly parent to attempt to return to sleep. It will be a long day – with the kids – tomorrow.