Oscar Niemeyer - The School Of Life

One of the most depressing aspects of travel is finding that the world often looks the same in many different places. The towers of downtown Tokyo are indistinguishable from those of Frankfurt or Seattle. That’s no coincidence. Modern architecture was founded on the idea that buildings should logically look the same everywhere. The early figures of Modernism were united in their bitter opposition to any kind of ‘regionalism’, which they saw as reactionary, folkloric and plain mediocre. If bicycles, telephones and planes (all harbingers of the new age) weren’t going to be done up in a local style, why should buildings? Down with chalets, wigwams and gargoyles.

The Brazilian architect Oscar Niemeyer began his career as an orthodox modern architect, subscribing thoroughly to this universalist credo. He was born in Rio de Janeiro in 1907 – and developed a passion for architecture in his early teens. When he went to study at the National School of Fine Arts, he fell in with a group that venerated the great European Modernist architects, especially Le Corbusier – who had insisted with particular vehemence on making sure buildings made no concession whatever to the culture in which they were located.

Niemeyer’s professional ambitions were realised when, in 1936, Le Corbusier was commissioned to come to Rio to design the new Ministry of Education and Health. Niemeyer was invited to join the team of Brazilian architects charged with helping the European to realise his scheme on this large and prestigious building. 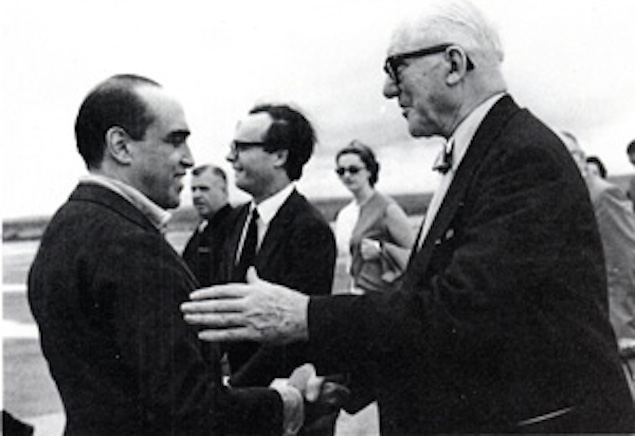 While working with him, Niemeyer retained the utmost respect for Le Corbusier, but at the same time, he couldn’t help but observe how blind his guest was to the particularities of Brazilian culture and climate. With what would become his legendary charm, Niemeyer managed to persuade Le Corbusier to abandon some of his more hard-edged ‘universalist’ intentions for the building and to make some concessions to local conditions. Under his influence, the building’s windows acquired ‘louvres’ against the sun and, most spectacularly of all, Niemeyer persuaded Le Corbusier to commission an enormous traditional Portuguese piece of tile work, done up with abstract motifs, for the public areas on the ground floor. 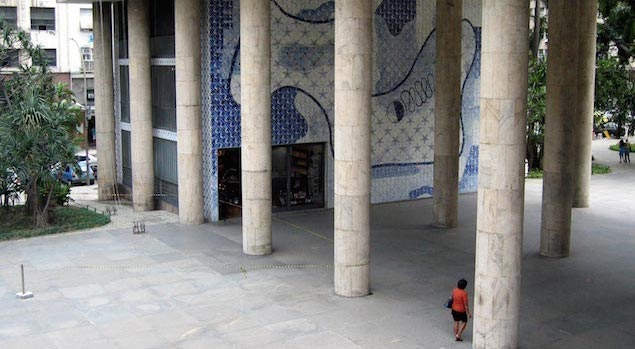 Emboldened by his success with the building, Niemeyer felt ready to break free from European Modernism. He is to be celebrated for being perhaps the first architect anywhere in the world to practice a regional kind of Modernism: in his case, a Brazilian-infused modernism.

His first wholly original work was completed in 1943 (when he was 36), and was commissioned by the local mayor of Belo Horizonte, the future president of Brazil, Juscelino Kubitschek. It was a building complex that included a casino, a restaurant, a dance hall, a yacht club and most famously, a place of worship, now known as the Church of Saint Francis of Assisi, in Belo Horizonte.

Though the local clergy hated it (Archbishop Antonio dos Santos Cabral called it a “devil’s bomb shelter unfit for religious purposes”), it was quickly recognised as a masterpiece. 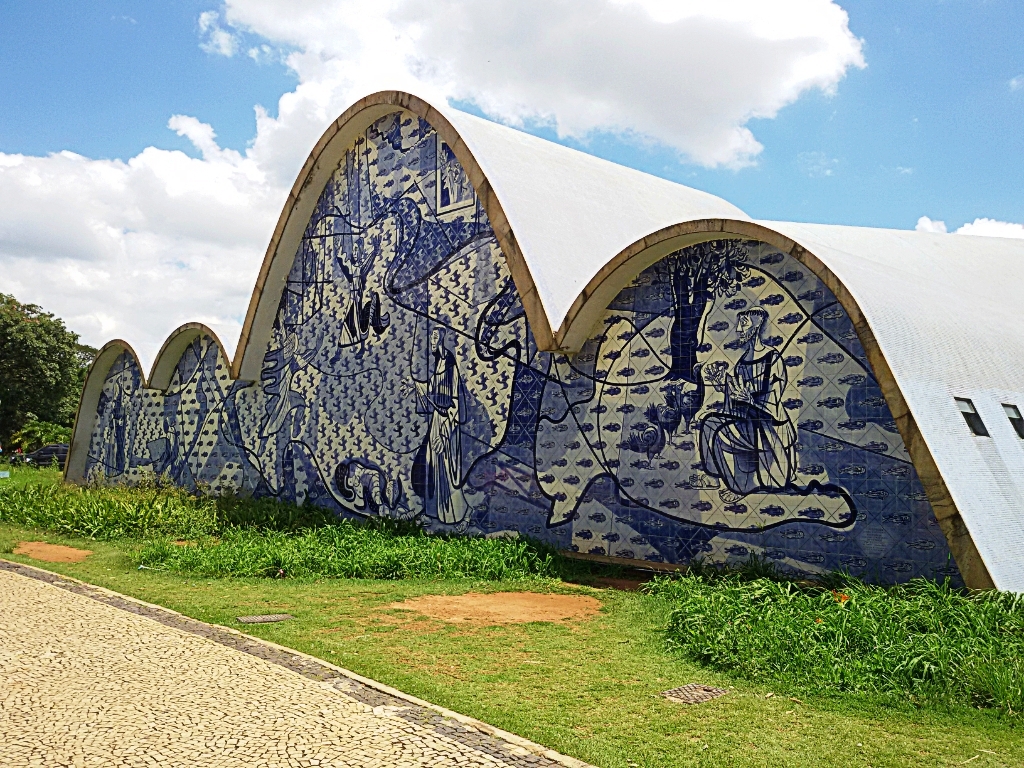 The complex had no straight lines on any plane, for Niemeyer now judged these to be European and (it was the heyday of Fascism) appallingly authoritarian. Architecture had in theory been liberated from oppressive structural conventions by the invention of reinforced concrete – and Niemeyer proposed that one should use the new freedom in more creative ways.

Niemeyer was henceforth to include curves in all his buildings, and saw them in a nationalistic light as being particularly Brazilian in nature. “It is not the right angle that attracts me, nor the straight line, hard and inflexible, created by man,” he said. “What attracts me is the free and sensual curve—the curve that I find in the mountains of my country, in the sinuous course of its rivers and in the bodies of its beautiful women.” The latter point is telling. Niemeyer was deeply responsive to female beauty throughout his life. He was famous around Rio for his affairs, many with people dramatically younger than he was. At 92, he acquired a girlfriend who had just turned 25.

As in the Ministry of Health, the Pampulha Church had tiles across it. They reminded viewers that Brazil could be both modern and recall its heritage – that a church might nod towards the forms of a futuristic airplane hanger, and yet could at the same time accommodate a depiction of Saint Francis and some (distinctly charming) chickens. 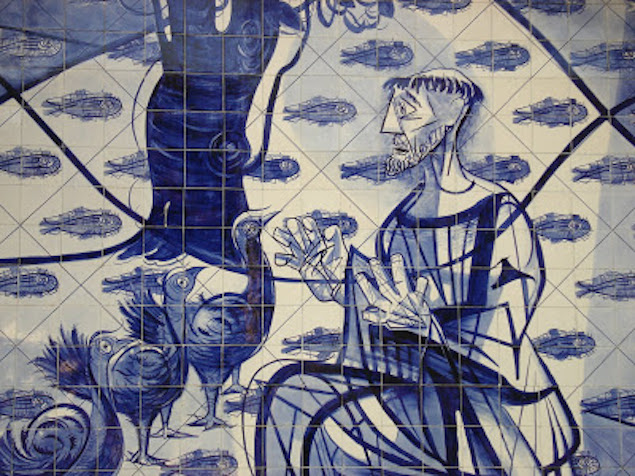 The sensuality that Niemeyer enjoyed in his life also came to infuse many of his buildings. His Casa das Canoas (1951) repositions sensuality as part of a sophisticated, mature life. Instead of suggesting that it might be the special province of the young, the carefree, the louche or the pretty, he creates a home where one imagines you can be an accountant or work in the Ministry of Infrastructure (be a responsible, hard working person much concerned with technical and administrative problems) and relish your body. You can have a conversation that stretches your mind and also be gently exploring the back of your lover’s knee; or you might kiss in the warm shadows before taking a conference call about worrying regional sales projections.

The house is a bit like a confident and encouraging friend who makes reassuring murmurs at the right time. One could imagine a couple feeling safe enough in this house to be sexually adventurous in a way that felt impossible for years in their normal home. 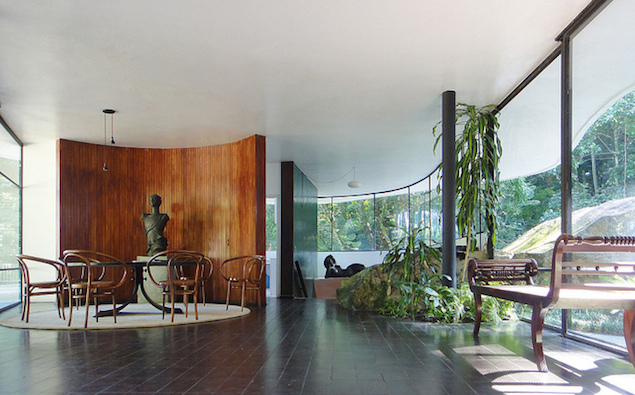 Niemeyer’s most audacious attempt to use architecture to define Brazilian identity came with his designs for the new capital, Brasília. In 1956, Kubitschek asked Niemeyer to help create a wholly planned city in the centre of the country, free from the corruption of the old capital in Rio. Niemeyer drew up the National Congress, a cathedral, a cultural complex, many ministries and commercial and residential buildings. The atmosphere was dignified, hopeful, and in touch with the native environment. Apartment buildings were lifted on stilts to allow vegetation to grow beneath them, maintaining a connection with the local ecology and tropical climate. 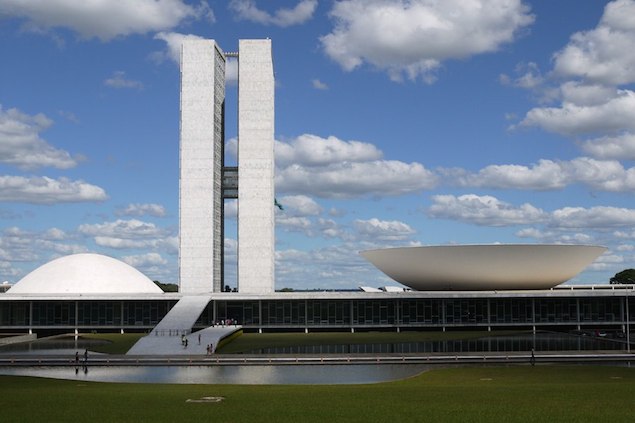 Of course, Niemeyer’s works depicted Brazil not as it was, but as he believed and hoped it might one day be. He knew that architecture can point hopefully and encouragingly in a good direction. Brazil is a country of frenetic economic activity, of rainforest and Amazonian villages, favelas, soccer, beaches and intense disagreement about political priorities … none of which is apparent from contemplation of the National Congress in Brasilia. Instead the building imagines the Brazil of the future; it is a glass and reinforced concrete ideal for the country to develop towards. In the future, so the building argues, Brazil will be a place where rationality is powerful; where order and harmony reign; where elegance and serenity are normal. Calm, thoughtful people will labour carefully and think accurately about legislation; in offices in the towers, efficient secretaries will type up judicious briefing notes; the filing systems will be perfect – nothing will get lost, overlooked, neglected or mislaid; negotiations will take place in an atmosphere of impersonal wisdom. The country will be perfectly managed. The building, therefore, could be seen as an essay in flattery. It hints that these desirable qualities are already to some extent possessed by the country and by its governing class. Ideals flatter us – because we experience them not merely as intimations of a far distant future but also as descriptions of what we are like. We are used to thinking of flattery as bad – but in fact it is rather helpful, for flattery encourages us to live up to the appealing image it presents. The child who is praised for his or her first modest attempts at humour, and called witty as a result, is being guided and helped to develop beyond what he or she actually happens to be right now. They grow into the person they have flatteringly been described as already being. This is important because the obstacle to our good development is not usually arrogance, but a lack of confidence. 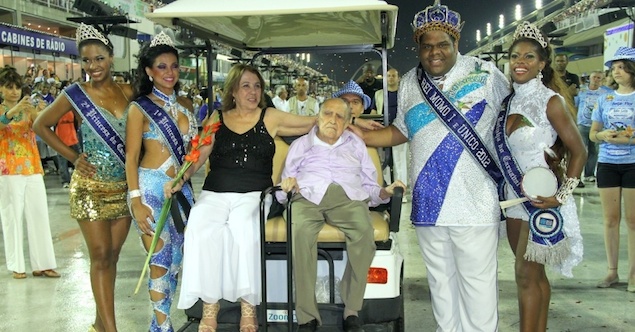 Niemeyer enjoys the beautiful dream of a Brazilian carnival in 2012, the year of his death. His then girlfriend was 42.

Niemeyer was prolific until his very last years, teaching around the world, writing and designing sculptures and furniture. He died in 2012, when he was 104 years old. He was given a hero’s funeral and thousands joined the cortege. What his nation was honouring was an architect who had given it a workable yet ideal portrait of itself. He had enabled Brazil to break free from a sterile European modernism – and to create buildings that better reflected the nation’s uniqueness. Niemeyer remains an example to all architects who aspire to put up buildings that remember the distinctiveness of their locales – architects who may like their phones to be universal in design, but are as keen for their buildings to be culturally specific.