The common-sense explanation for long-term singlehood directs the blame firmly outwards, it isolates the problem to one of mechanics: one is still single because one hasn’t, perhaps on account of having moved to a vast and anonymous new city, been invited to enough parties, or because the constant requirement to fly to the Singapore office leaves no time for the right sort of socializing, or because one is holed up in a remote village high in the mountains connected to the more densely populated lowlands only by an irregular bus service.

These may be solid enough reasons, but when the problems persist over an extended period, their power to explain our situation weakens. Without anything remotely persecutory or unkind being intended by this, one is forced to cast around for psychological rather than procedural explanations. The problem must lie in our minds rather than in the world.

Self-hatred is the more poignant of the pair. On being approached by someone, however initially attractive and competent they might be, we begin to wonder why they should be so naive, so desperate, and so weak as to be drawn to someone like us. When we are inadequately convinced of our own likeability, the attentions of another person must forever seem illegitimate and peculiar, and reflect poorly on their donor. Love feels like a gift we haven’t earned, don’t deserve – and must therefore take care eventually to throw away.

We might, under the pressure of self-hatred, accuse our admirer of naivety. The only possible reason they can have to approve of us is that they are poor judges of character. That is why they have missed all the more disturbed and darker aspects of us. They like us only because they are blind – and therefore a little stupid. However, because they are bound to spot their error eventually, it is surely wiser to run away before we are exposed and abandoned. We end up alone because, despite our longing for affection, we don’t in essence feel there are any good and lasting reasons why anyone would properly see us and like us. 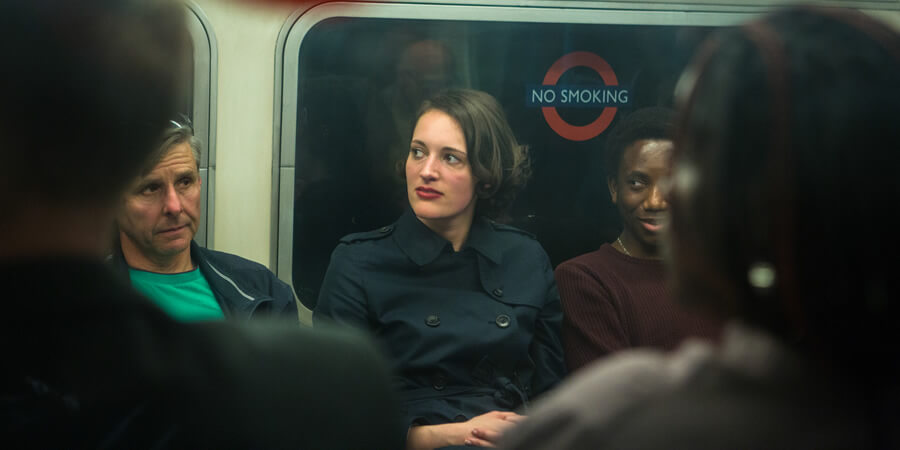 We may also, in the face of the gifts, text messages or hugs we receive, start to feel that our admirer is, to a sickening degree, needy. We feel repulsed by their need when we don’t see ourselves as appropriate targets of anyone’s need; we reject their nascent dependence because somewhere inside, we are sure that we are not people to depend upon.

And yet, of course, none of these spectres need to be real in the world outside our touchingly troubled minds. The person who is keen on us is almost certainly not naive. They can no doubt see us for what we are: they have noticed many of our less admirable sides. It is just that they don’t consider these fatal, because they know that being not quite right is what all of us are and is no barrier to a mature relationship. They know we’re not exactly who we think we should be, but they also grasp that this doesn’t place anyone in the category of the damned. We might be a bit perverted, a little silly and not as nice as we make out – but so is everyone else. It’s not that they are naive about us; we’re ultimately naive about them. They know that every human has shadow sides. They’ve made peace with theirs (probably as a result of a fortunate childhood); they would like us to make peace with ours. Ahead of us, they understand that a person can be ordinarily imperfect – and worthy of being cherished. 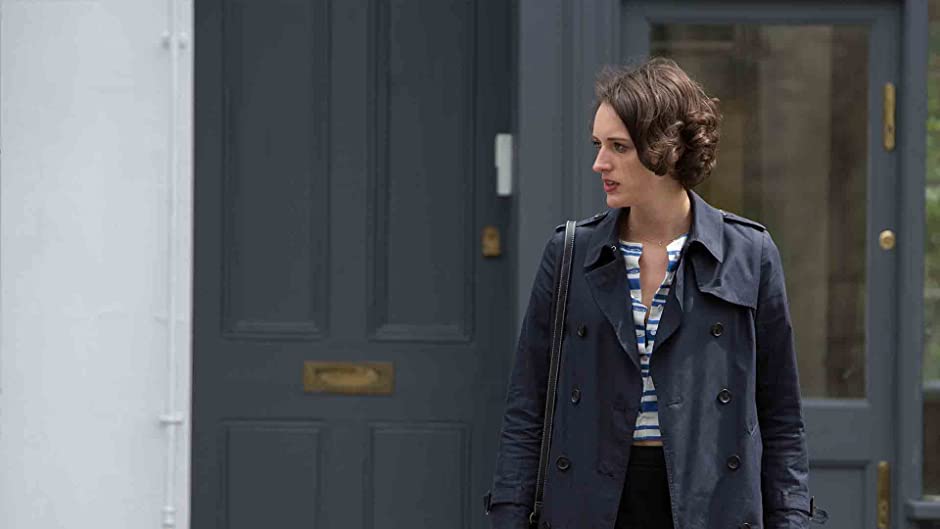 Then, at the other end of the spectrum, comes excessive self-love, which really means a hesitation around fully acknowledging what a challenging proposition one is – and therefore how much we should rightly be grateful for when someone, anyone with an ordinary share of strengths and weaknesses, looks our way. Perhaps because of the legacy of doting and forgivably biased parents, we are operating with an unhelpful sense of how lucky someone might be to end up in our arms.

After having been alone for a long time, we may also have lost the knack of spotting what peculiar, demanding and compulsive people we are. With no one to hold up a mirror, we have forgotten to give due weight to the rage, the anxiety and the moments of vindictiveness.

At the same time, we are travelling the world with our imaginations switched off, imagination defined here as the capacity to look with energy, compassion and curiosity into the face and character of another person in order to search out what might be desirable and good therein. 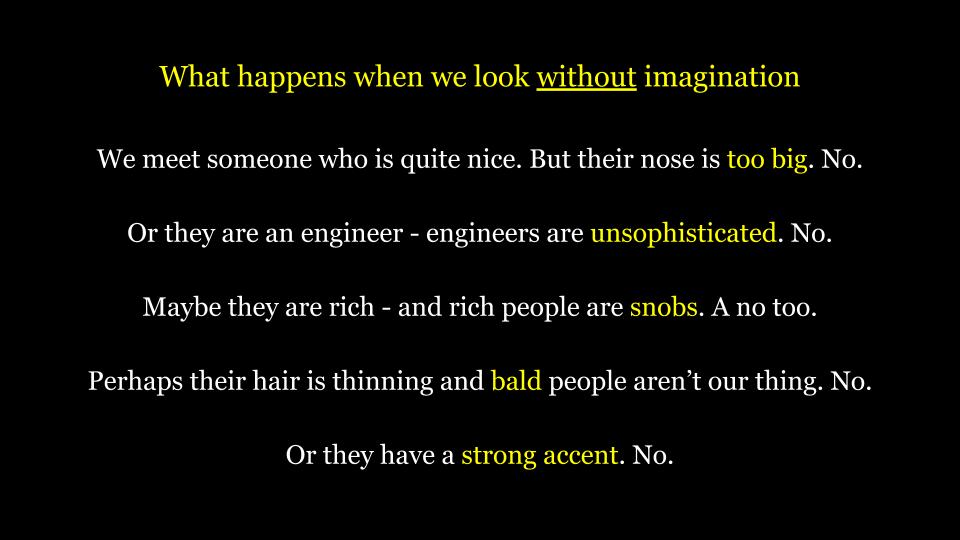 Imagination means sensitivity to the less obvious things; one scans past the surface and wonders about what might be worthy inside a fellow human, whom it would – of course – always be so easy (yet ultimately so unrewarding) to criticise. 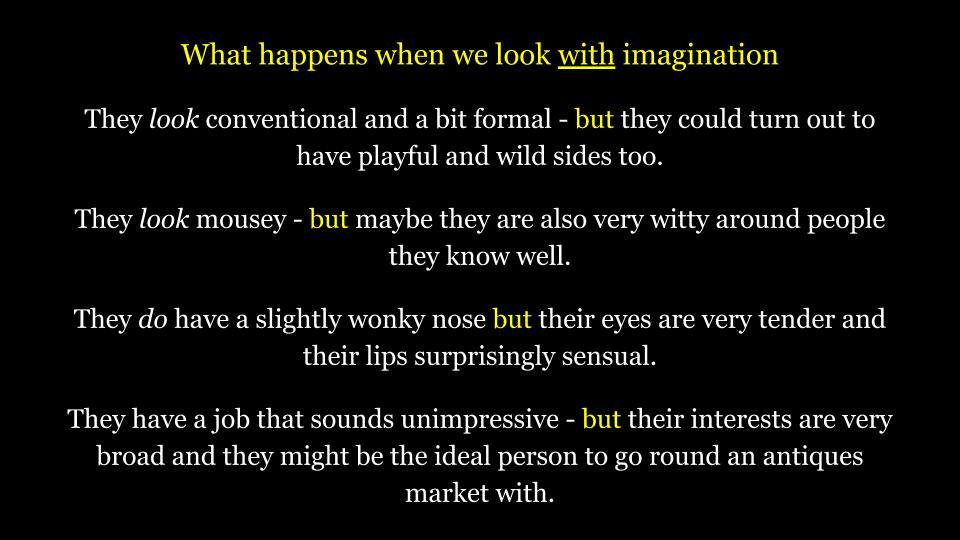 To awaken the dormant faculty of the imagination, we might more regularly – perhaps in the street or on the train to work – look at the faces around us, especially the less distinguished or obviously sculpted ones, and ask ourselves what there could be to delight in. There is always going to be something, for we were all once love-worthy children and remain as much in our depths.

Practising imagination is not a compromise, it is the key to love, for we all have to be considered imaginatively in order to be tolerated and forgiven over the long term by anyone. By thinking imaginatively, we’re not being disloyal to the true ambition of love; we’re stumbling on the essence of what love rightly has to involve.

There will always be practical reasons why it proves hard to find a partner. But if we have worked on our levels of self-love and attenuated the ravages of self-hatred, an absence of parties or a difficult bus ride to the next town need never condemn us long-term to a life devoid of tenderness and connection.