The Secret Problems of Other Couples - The School Of Life

The Secret Problems of Other Couples

Generally, we see other people’s relationships from the outside. We see couples walking comfortably around the market buying apples or bantering at a drinks party. We hardly ever get to see what they are like together in their trickier moments, what goes on when they get very upset.

By total contrast, we know our own relationships from the inside. We’re acutely aware of our own times of rage, bitterness or sullen silence. We know so well the intense frustration that builds around tiny things; the ways we hurt one another – not always entirely unintentionally.

The difference between these perspectives makes for a damaging distortion. Our sense of what a ‘good enough’ relationship looks like is unfairly biased. We need to help ourselves by having a more accurate, informed picture of normal relationships. In an abstract, light way we know that all couples have their troubles, but we need to see them for ourselves.

A pretty high level of conflict, meanness, folly and disappointment are standard. They are part and parcel of good enough relationships. A good relationship isn’t one in which the couple get along well most of the time. It’s one in which they’ve learned to accept that appalling difficulties and frustrations are normal.

That this piece of knowledge is not yet very widespread explains the ongoing high incidence of divorce. We are not only unhappy; fatefully, we believe that our unhappiness is anomalous and a sign of error. We therefore escape our perceived ‘unnecessary’ troubles by leaving one relationship and starting another and consequently end up with a different but equally intense set of sorrows (and plenty of casualties along the way).

This opens up a vital function for art: to correct the optimistic talk that we sentimentally hear all the time in order to show us that what we had thought of as a private agony, in fact, belongs to the realm of the normal – and is part of a sane person’s duty to endure.

Art should function as a private repository for truths that are too peculiar and too unacceptable to be shared with people we know.

This explains the value and importance of the work of the Canadian photographer Chloë Ellingson. She has travelled around Toronto interviewing a succession of couples about the challenges that they face in their relationships. We don’t necessarily have their problems, but we have comparable ones and more. It’s not ‘schadenfreude’ to want to listen in; it’s something far more humane and vulnerable: a desire to know we are not alone.

Ellingson taps into one of art’s central functions: to hold up a mirror to our darker, more private and trickier sides, in order to heal and reassure us. 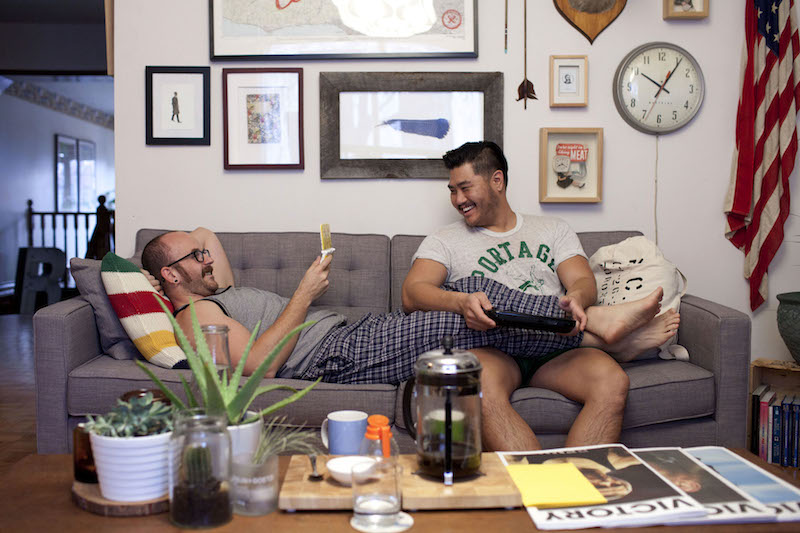 Zack finds John’s communication style abrasive at times. “John can be very mean sometimes, and I’m a delicate petal in my own mind,” he says. If something is bothering Zack, John’s reaction is to look for a solution, regardless of whether or not that is what John actually wants at the time. “My mantra in life has always been ‘If it feels good, do it, if it feels bad then fix it’,” says John.

John and Zack also experience tension in regards to physical affection. “Right now Zack and I are in different places as far as intimacy,” John says. “We want intimacy at different times, different intensities, everything from cuddling to sex, we want at different times, and so the result is that we’ve fallen out of sync.” 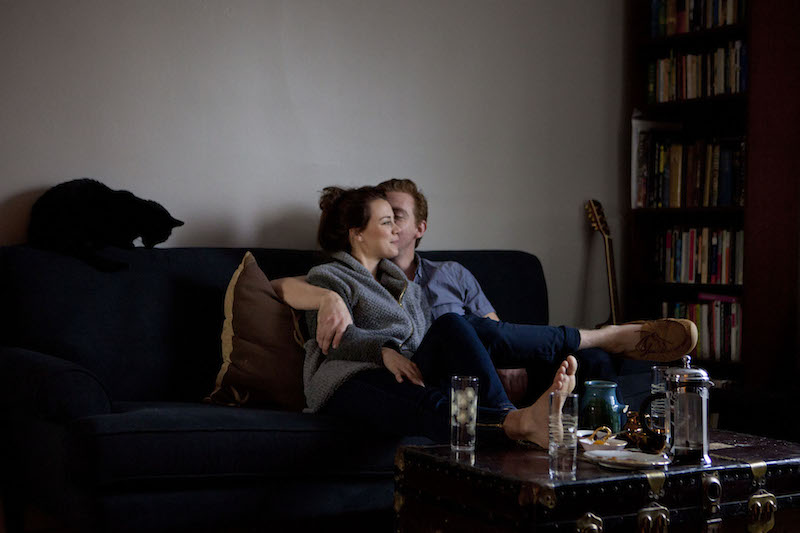 Katie and Adam differ in how they value productivity. “I am go go go, and Adam is laissez-faire,” says Katie, “and that drives me bonkers sometimes.” Adam says he looks at Katie as a “beacon of productivity,” but worries about how this difference will play out in the future. “What sits in the background that worries me is that this will become a larger issue at some point in our relationship and it will grind at her. There’s a fear in me that my shortcomings will eventually drive Kate either away from me or just to the point of absolute frustration.” 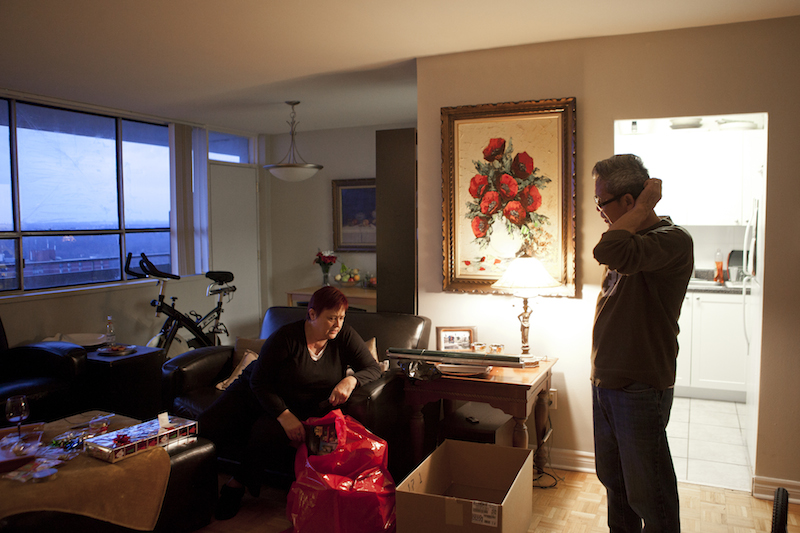 Gabby and Tim differ in how they address conflict. Tim says an openness to conflict was not part of his upbringing, and arguing is not something he enjoys. Gabby takes the opposite view. “I’m like a volcano. I erupt,” she says. “And when I erupt I want to immediately deal with the situation, and Tim is the ostrich with his head in the sand and just decides that it’s not worth it, so he will not respond to my outbursts. It’s like adding gasoline to a fire. I just want to fight so badly, and it always happens before we go to bed, and so I’m nattering at him and he’s literally not at all responding to the point where he rolls over and he starts to fall asleep.” 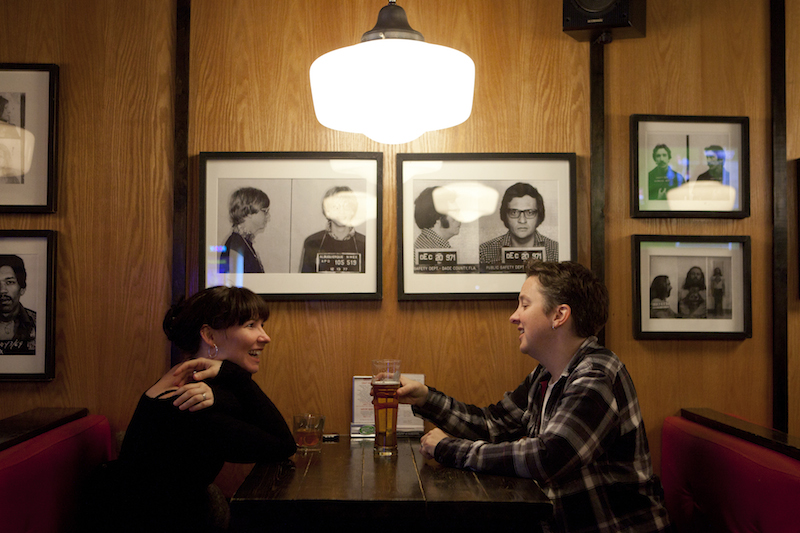 Kerry feels that Brandy projects vulnerabilities from other areas of life onto their relationship. “The fault line extends into our relationship in ways it doesn’t have to,” says Kerry, who says that after the couple has a conversation about the relationship, Brandy will realise the anxiety might actually come from work, or her relationship with her mother. “One of our newest points of tension is me feeling I have to be the superego all the time,” Brandy says. Kerry will propose fun, romantic and impulsive ideas of things to do instead of following through with responsibilities the couple has, and this puts Brandy in the position of disciplinarian. “I’m the one who always has to say “no,” she says. 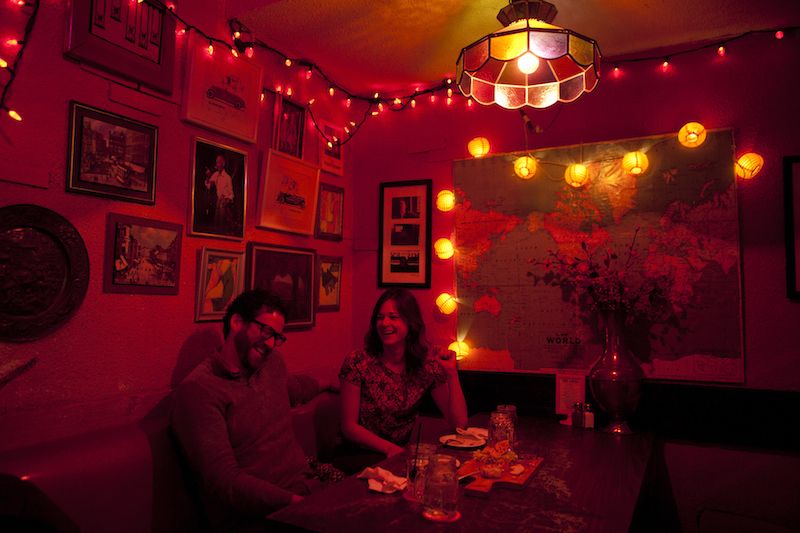 Chris says he finds Leah’s aversion to conflict problematic. When Leah avoids confrontation, Chris doesn’t know what she wants. “How I react to that is normally I’ll get more insular and I’ll spend as little as five minutes and as much as half a day in a zone coming up with my own narrative, or focusing on why this is becoming a bigger deal than it’s supposed to be,” says Chris. Leah’s discomfort with confrontation is problematic because it fuels Chris’s own insecurities and difficulties with trust. “Chris has been with someone who was unfaithful to him, and that’s a difficult way to end a relationship” Leah says. “Obviously it leads to some residual feelings of mistrust.” 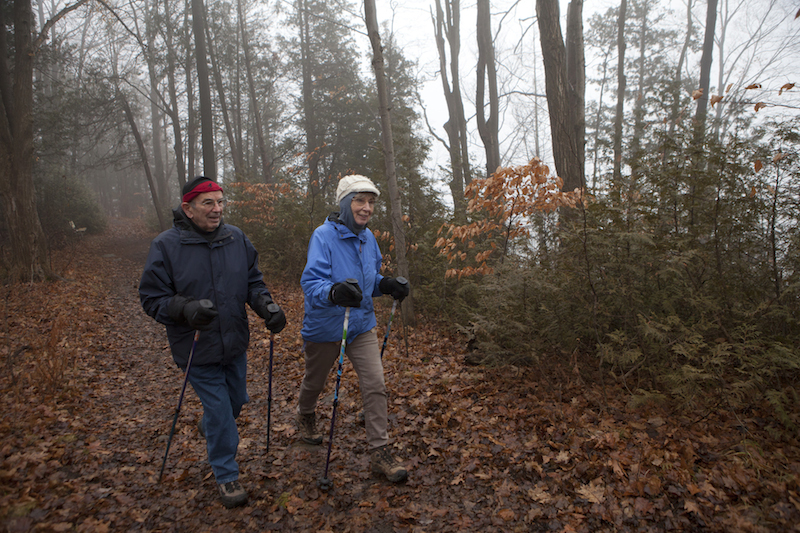 Ross says Leda is a “free spirit,” while he likes to follow a schedule and plan ahead. Leda says Ross’s approach to life is much more “straight-lined” than hers. “It permeates everything,” she says, especially regarding work on shared projects. “When we’re working together we’re not thinking in the same language,” says Leda.