On the True Desires of the Rich - The School Of Life

On the True Desires of the Rich

It’s late and, across the nation, people are sinking back into the soft corners of sofas, clutching glasses of wine and TV remote controls and numbing their minds with soothing images and sounds. The working day is done. Everyone has earned a break. 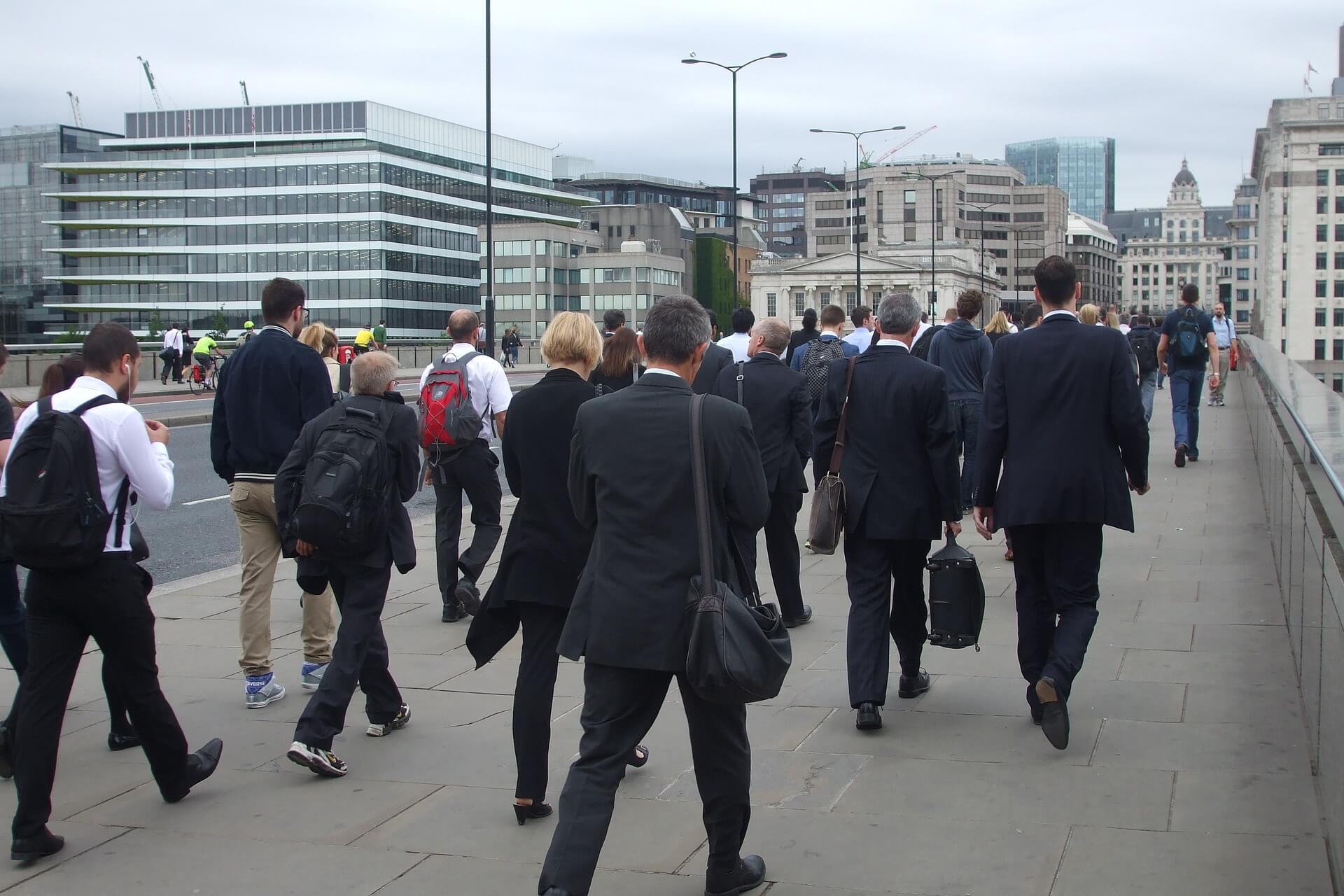 But a few people are still hard at work. They are at their desks making their way through labyrinths of documents, sifting columns of figures, hammering out emails, taking calls and struggling to master waves of exhaustion and anxiety.

They are the rich. Rupert Murdoch labours night and day. Gina Rinehart (the wealthiest woman in the world) is fanatically industrious. Warren Buffett is still hard at it. Lloyd Blankfein, CEO of Goldman Sachs, puts in massive hours. So does Jamie Dimon at the helm of JP Morgan Chase. Their frenzied labours are one of the strangest – but most significant – sights of modern Capitalism. Those who are already wealthy keep their noses firmly to the grindstone. And not just these few titans, but the hundreds and thousands of less well known but also highly successful entrepreneurs, the guiding spirits and great beneficiaries of the modern economy.

Why do the rich of today keep on working? Why do they enter stressful negotiations, constantly take on large risks, battle ambitious, hard-hearted rivals, and scheme and plot until the day they collapse? What are they doing it for? Why aren’t they satisfied with the extensive assets and large piles of money they already have?

Ironically, the one thing the hard-working rich don’t actually want and are not in any way motivated by is money itself. They have far more than enough of that already and they know it. Their every material need is catered for (one can nowadays buy a comfortable life for a year using what they earn in a day). Nor – at this point in the history of civilisation – are the rich likely to be working for the sake of their children. There are too many examples of large fortunes that have driven kids insane with guilt for any modern plutocrat to be able to tell themselves that they are doing it for the next generation.

It wasn’t the money

The rich are not, therefore, working to make more money with an eye to spending it. They are making money in order to be liked. They are doing so for the sake of status, as a way of keeping score and letting the world know of their value as human beings. The rich work for love and for honour. They stay up late at the office out of vanity – because they want to be able to walk into rooms full of strangers and be swiftly recognised by those that matter and deemed miraculous and clever for having made fortunes, whose size is carefully recorded by the media the world over.

In many cases, this works out well for everyone. There is often no conflict between the insatiable vanity of corporate chiefs and the requirements of society. That is one of the miracles of Capitalism, first observed by Adam Smith: the system can put personal selfishness to work for the public good. Capitalism doesn’t have to rely on kindness or virtue, which makes it infinitely more robust than rival economic arrangements, the kind that explicitly demand that those in charge have pure hearts (Communism). Under certain circumstances, corporations driven only by the profit motive can pass two key tests: they can treat their employees extremely well and they can produce excellent goods and services. Private vice can give rise to public virtue: companies can pay thousands of workers handsome salaries and fill shops across nations with wholesome necessary goods – and at the same time, the CEO’s at the helm may be deeply unpleasant, asocial and narcissistic types who pay not even one passing thought to the genuine needs of the societies they in fact serve so well.

That’s how it should work. But sadly, too often, it no longer does. Under the pressure of the raw profit motive, two things are happening: workers are increasingly abused (their salaries and conditions are reduced to an inhumane minimum) and the quality of products is grievously undermined (corners are cut, false claims are made, the best promises of the company are sacrificed). And paradoxically, all this unhappiness flows from one cause only: the need to continue filling the bank accounts of people who don’t – as we’ve learnt – truly even want money for its own sake, people who only want money to be loved.

Surveying the problems of Capitalism, the standard response of the left has been to suggest that one simply tax the rich more. But this fails to grasp, and therefore properly to exploit, the real psychological motives of the rich. The rich only pursue money fanatically (to our great collective cost) because wealth appears to be the primary, most objective source of honour in the modern world. If only we can fix how honour is obtained, we will be able to redirect their mania to more socially beneficial ends in ways that don’t demand that the rich become ‘nice’.

At present, a natural inclination is to force the rich to give up their wealth using the instrument of new taxes, but this strategy simply won’t work. The chances of people running away and taking their assets with them is too great. We know that entrepreneurial energy and competitive drive can too easily be depleted; the economic balloon can deflate and all will suffer. We need to go down a different route. We need to harness the talents and drives that the rich are currently using to squeeze the earth and its people too hard – and ensure that these energies are made to address  the collective needs of society.

The aim should be to seduce the rich – to make them want to benefit their societies in return for giving them what (we know) they deep down really want but haven’t until now reliably been able to get except through money: namely, honour. 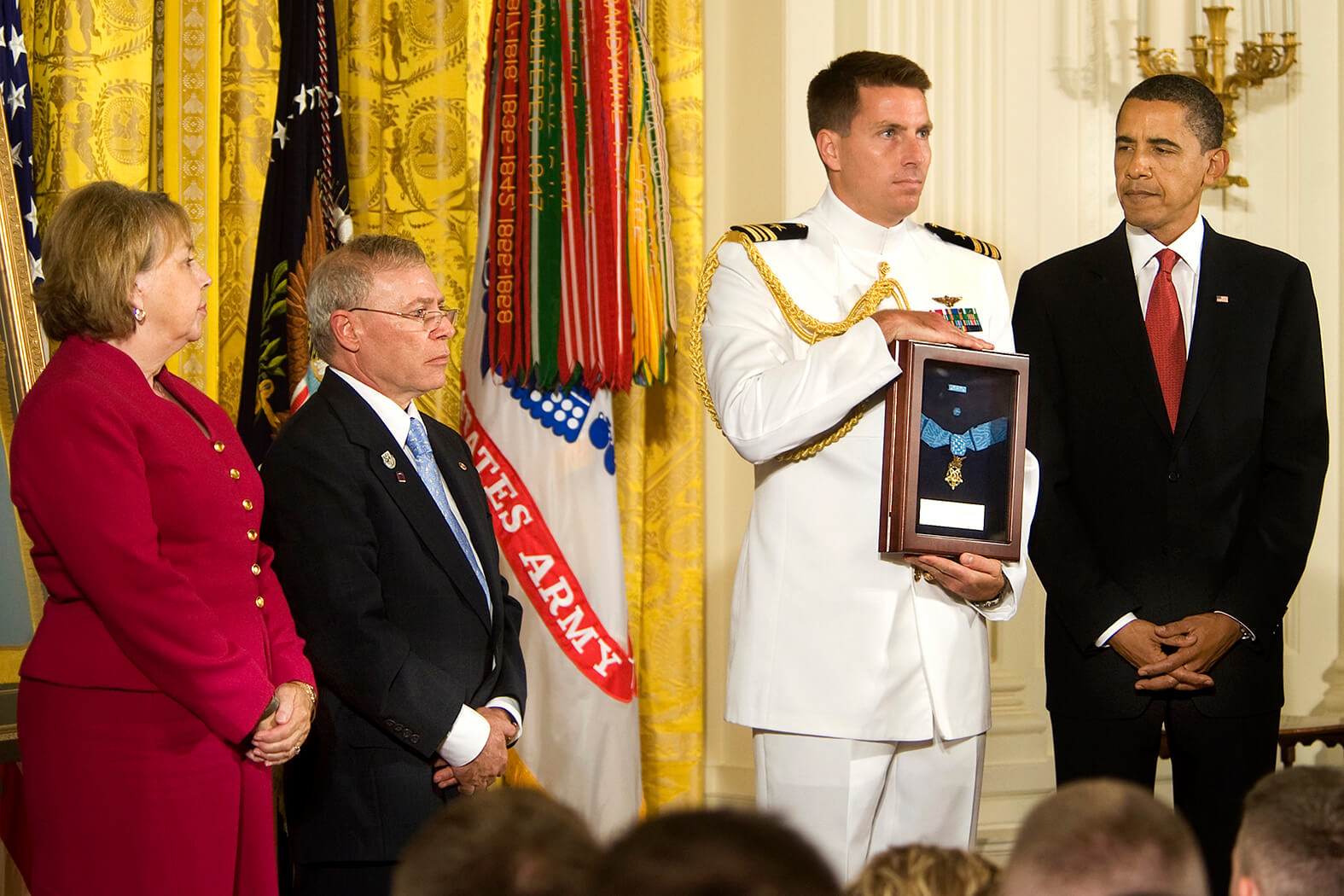 There are few motives as powerful as the desire for honour

We know well enough that societies can motivate people very powerfully through honour: soldiers will perform extraordinary feats on the battlefield in return for the highest gratitude from their countries (they don’t even ask to be paid very much – paid to die…). Scientists will labour in poverty for decades in the hope of winning a Nobel Prize. Yet as societies, we are only just beginning to explore what good can come out of vanity in the realm of business. In the commercial world, there are at present no systematic, fail-safe methods for gaining status in return for doing what society desperately needs capitalists to do: treat their workers well and produce useful, safe, environmentally-sound goods and services. In some countries, there may be the odd hope of a medal from the president or the queen if one behaves well, but the chances of securing one are simply too remote and unpredictable to motivate hard-headed capitalists in their actions from day to day: it remains far more rational to peg one’s hopes for status on the verifiable criterion of money than on the vague chance of an invitation from the palace.

This is precisely what needs to be changed – and urgently. Society should do a systematic deal with capitalists: it should give them the honour and love they so badly crave in exchange for treating their workers as human beings, not abusing customers and properly looking after the planet. A standard test should be drawn up to measure the societal good generated by companies (many such schemes already exist in nascent form), on the basis of which capitalists should then be given extraordinarily prestigious titles by their nations in ceremonies with the grandeur and thrill of film premieres or sporting finales. It might be something to go after their names (for example, RC: Responsible Capitalist), a title that would have some of the same associations as the Nobel Prize, the Victoria Cross and the Pulitzer prize – in other words, a fitting target for the most ambitious and narcissistically craven and damaged people in society to strive for. 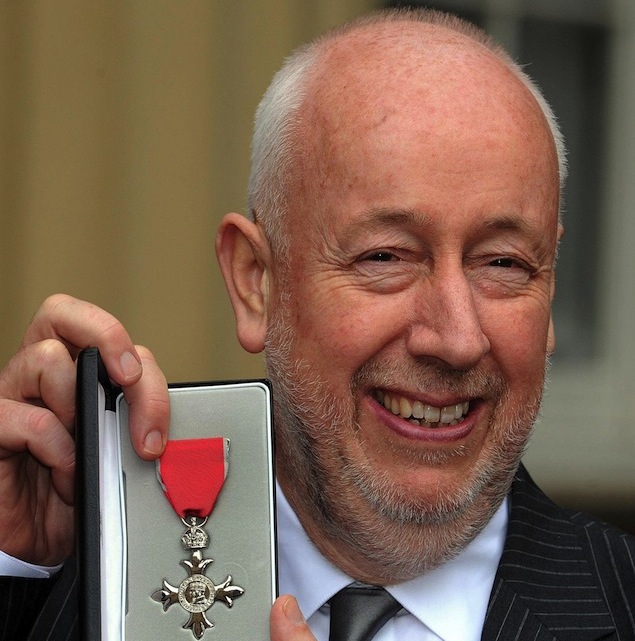 Martin Mills, chairman of music company Beggars Group, being given an OBE. This should happen a lot more often, and far more systematically

The founding figure of modern economics, Adam Smith, adroitly recognised the two chief motivating factors in human life: the love of riches and the love of glory. He knew that these two things are what people ultimately want and what they work hardest for.  A wise society must therefore learn how to harness the love of glory at times, like now, when the public good comes into conflict with the love of riches.

We need the energy of the entrepreneurs, we need their drive and their determination. But if these business people continue to be motivated by unchecked profit alone, we will all go to ruin. Matters have become unsustainable, the disparities and absurdities too great. To solve the problem, we don’t have to wait until the rich miraculously grow magnanimous or kind. And we’ll be sure to have no luck trying to impose new taxes. 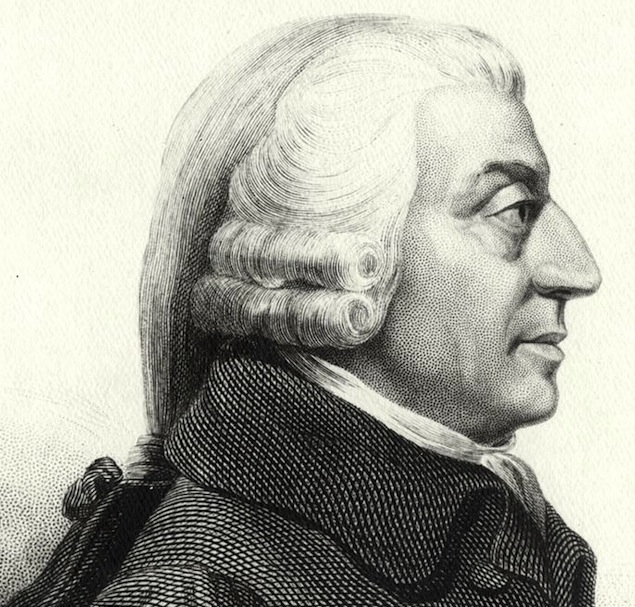 He knew, you have to give them gongs and ribbons

Instead, wise societies that have properly understood the psychology of the rich now have a trump card to play. As Adam Smith put it, “The great secret of education is to direct vanity to proper objects.” That is, we should target the vanity of the rich and encourage them to act well from that most powerful of desires: the desire to be loved. Our side of the deal will be to applaud very heartily when they behave well and to ensure we lavish upon them all the respect they so deeply crave. It will be a very small price to pay in return for the contentment of the planet.