Old Photos of One’s Parents - The School Of Life

She is on a beach in a one piece bathing suit, grinning wildly, looking deeply proud of something, standing next to a boy you don’t recognise – her cousin Kenneth? It’s your mother aged maybe seven or eight (and a half – it must be because her birthday is in December and she never went to the other side of the world until she was 23 to spend a year teaching at a school in Brisbane). You try to work out the year the photo would have been taken. While she was making sandcastles – which she still likes to do with your little niece – and splashing her friends, were students throwing rocks at the police in the side streets of Paris? At that exact time were NASA scientists racing to sort out a problem with the booster rockets for the first moon landing which would occur that Autumn? (It’s a family story that she was allowed to stay up late to watch it live on TV.) What was it like to be alive then and to feel these events not as history but simply as the vague current background to a summer holiday by the sea? 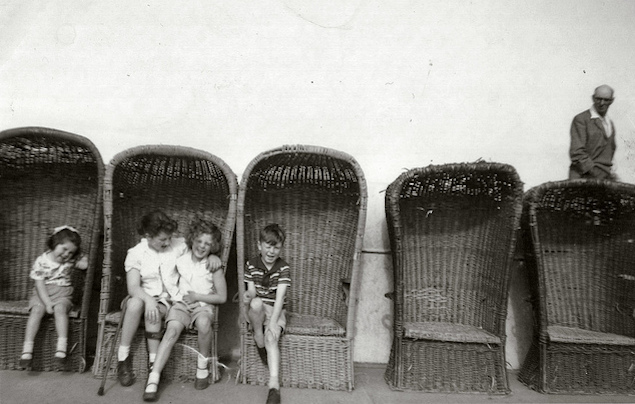 In another picture, your father looks unfeasibly slender but his shoulders, typically, are slightly hunched. He’s sitting outside a bar – it looks like somewhere in Venice – with strange masses of chestnut hair. Even when he had it he couldn’t control it. Who could have taken this picture? You should ask him sometime, though conversations with him aren’t necessarily your favourite thing right now. It must have been years before he met your mother because in their wedding photos he’s already put on weight and his hairline has started to move. Was he still studying? Was he going out with someone? You remember your mother asking about someone called Sandra and your father saying ‘I really can’t bear to find out how she’s getting on’ – and then being a bit silent. But he often lapses into silence so it’s hard to know if it’s significant. Yet in the photo he looks eager and engaged, as if there’s something witty he’s about to say.

Our parents are – in a certain sense – amongst the people we know best in the world. We passed so long in their company. We’ve had far more meals with them than their best friends have. We know them, as we know few others: we’ve seen them in their seven o’clock in the morning guise, we’ve seen them anxious and occasionally furious, we’ve been cradled in their arms, we’ve seen their underwear drawer and their toenails, and we are expert judges of their ability to erect a tent or make a dish of macaroni cheese. 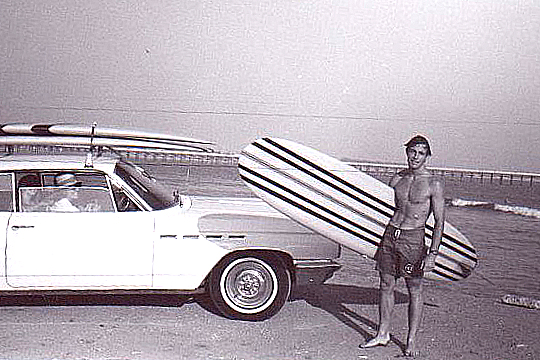 But looking at the photos we realise that in other ways we hardly know them at all. What was it actually like to be them? If you could know them at the same age would you like them? Would you feel a strange kinship? And, today, what are they like along with their friends? What parts of their character have you maybe not seen properly yet?

The pleasure, below the surface, is of an increase in love. Inevitably there has to be plenty about a parent that is irksome – it’s scarcely possible to grow up without feeling in some ways let down by one’s parents. It’s not exclusively their fault – especially if they have tried quite hard to be good parents to us. It’s rather that as we grow they can’t live up to the admiring, passionate love we once had for them. The person who – when we were six – appeared majestic, wise, endlessly funny and bountiful will in time be revealed as fussy, intermittently slothful and hyperactive, they will be seen to harbour eccentric preoccupations, they will embarrass us, they will get baffled by trivial problems, at crucial moments they will fail us in profound ways – entirely without meaning to.

The photos make us realise something we find almost impossible to grasp when we are children: our parents’s lives weren’t mainly about us. They didn’t spend their entire existence gearing up for us. In these pictures they had no idea whatever of what would happen in the future. You were raised by a girl with a naughty smirk and a shy young man – not by perfectly mature adults who unaccountably got some key things wrong. Guided by these images we become – if only for a little while – more forgiving and more accommodating towards these nice, strange people who happen to have given us our lives.

One day, perhaps, another person will look at a photo of you – a photo whose meaning to you is transparent, every detail of the experience is vivid and evocative – and feel the same kind of tender, puzzled curiosity. And perhaps they will wonder, in their turn, what their mother or father was like when they were young and who they really are in the full, complex expanse of their being?