Escaping the Shadow of a Parent - The School Of Life

Escaping the Shadow of a Parent

When we think about children living under the shadow of a parent, we tend to imagine the offspring of especially distinguished, notorious or wealthy people, children who – whatever they might go on to do by their own initiative – will always interest the world first and foremost as the ‘son and daughter of x or y’. Far into their lives, their own personalities and aspirations will be as nothing next to the one primordial fact about them: that they are the child of John Lennon or Charles Darwin, that mum was Marie Curie or dad the inventor of the telephone. 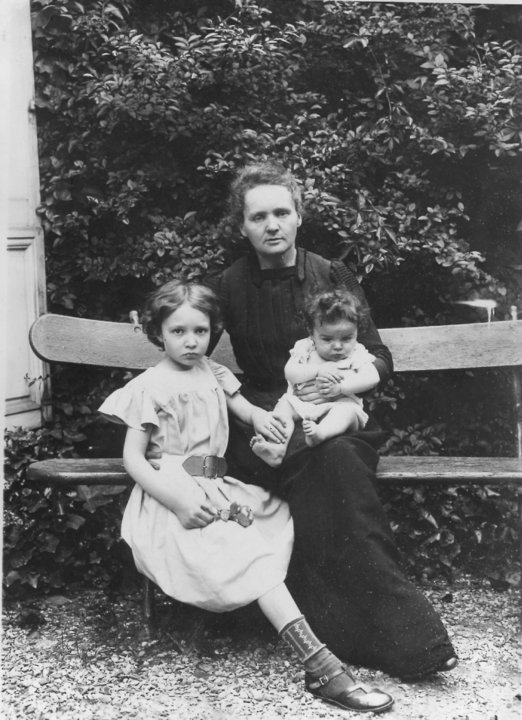 But such rare high profile cases shouldn’t distract us from the universality of the theme in question: our parents need not have written Imagine or discovered the theory of evolution in order to be capable of casting some very large shadows across our lives, shadows generated not by money or fame, but by the strength and complexity of their personalities – which threaten to derail the sane and autonomous emergence of our own. It isn’t only being the child of Elvis Presley or the Duke of Wellington that is problematic, it could be being the son or daughter of anyone with an impregnable story in their head about who we need to be in order to deserve their love; any parent who leaves us longing for their approval through their inconsistent and unreliable affection, any parent who gives us a legacy of guilt around sex or a worry that we have abandoned them by getting on with our lives, any parent who subtly sends out signals that it would be better if we didn’t succeed in love or could accept that our sibling is truly the worthwhile and good one.

An emotional shadow comprises a panoply of (normally very secret) commands about what will be required of a child to warrant affection and, metaphysically speaking, a place on the earth. Rather than a kingdom or a fortune, the parent hands down a set of invisible rules: you should never rival your father’s achievements; you must never be happier than I was; you must love people who will deny you security; you should not think of yourself as a man or woman in the true sense; you must worry perpetually about money; you must forever feel that what you’ve done isn’t enough… Such are the hidden commandments that one generation slips unnoticed into the psyche of the next.

As a result, without quite seeing the contours of the shadow we operate under, in one relationship after another, we may be taken advantage of or wind up unable to feel comfortable receiving affection. At work, we may take early retirement from our real ambitions, telling ourselves – despite objective evidence to the contrary – that we haven’t got the talent required. Getting angry is impossible. We don’t allow ourselves to be too amusing or too excited. We feel guilty every time we spend money on ourselves. We’re living half the life that would be our due.

At the same time, typically, we think a lot more about our parents than we should. We’re still scared of their anger (even though they might have been dead for twenty years). We fret about their well-being, as if they were in effect the child; we worry constantly that they might be sad or feeling rejected without us. We long for their approval – and have them as our implicit audience for all our efforts. Our memory of their value system hampers us whenever we try to enjoy ourselves. Being mildly depressed feels safer and more respectful.

An emotional shadow is always, ultimately, created by blackmail. The deal is as follows: do as we want, or we will quietly choke off a supply of love; follow our way, or you must suffer and fail. There may be a lot of love from the shadow-throwing parent, but not of the sort that has the recipient’s authentic autonomy at heart. It shouldn’t of course ever matter in the least who the child chooses to marry, what job they go for or how they bring up their own child in turn. To be a good parent is willingly to cede control, to let oneself be forgotten, never to loom too large in the child’s imagination; not to present a massive obstacle to growth or achievement; not to become an object of worry or pity; not to be a source of fear or alarm; not to be the patron of self-esteem; to realise that offering someone protection cannot ever mean having the right to control their identity and psychic functioning. The greatest gift of a parent is that they should be kind enough to give us the right to forget them.

To liberate ourselves at last, we need an adolescence. The full grandeur and seriousness of the concept of adolescence is too often obscured by its association with grumpiness and acne. But something very serious is at stake in this phase: permission to define oneself afresh and get far out of the shadow. Many of us, unknown to ourselves, managed not to have an adolescence at fifteen. There wasn’t enough love to dare to. Not every parent is mature enough to allow themselves to be hated and belittled. We may be close to menopause or past retirement before we have the courage finally to dip a toe into adolescence.

It helps in this process to talk to someone else about our family. The one thing about shadows is that they don’t like attention. They’d prefer if no one got to hear the story and the secret rules; these start to seem ridiculous and wholly questionable once one puts them into words with an unbiased kindly observer (it can help if he or she is about the same age as one’s parents).

Tricky parents function as ghosts who can only be laid to rest by illumination. Our growth requires that we confront something abysmally sad: that we weren’t exactly loved as we might have been and that we are, as a result, far from properly free. We might have wasted a big part of our lives in a straightjacket not of our own making. Parents can expect a lot from us; they don’t have a right to our identities. At the same time, more clearly than ever, we can see that the point of true parental love isn’t to produce a clone but to give encouragement to an autonomous new member of the human race; something we may now ever so slowly be on the way to becoming.