The Partner as Child Theory - The School Of Life

The Partner as Child Theory

Small children sometimes behave in stunningly unfair and shocking ways: they scream at the person who is looking after them, angrily push away a bowl of animal pasta, throw away something you have just fetched for them. But we rarely feel personally agitated or wounded by their behaviour. And the reason is that we don’t assign a negative motive or mean intention to a small person. We reach around for the most benevolent interpretations. We don’t think they are doing it in order to upset us. We probably think that they are getting a bit tired, or their gums are sore or they are upset by the arrival of a younger sibling. We’ve got a large repertoire of alternative explanations ready in our heads – and none of these lead us to panic or get terribly agitated. 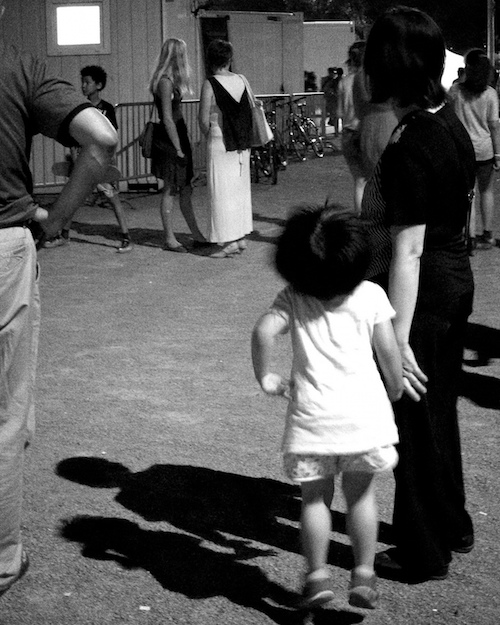 This is the reverse of what tends to happen around adults in general, and our lovers in particular. Here we imagine that others have deliberately got us in their sights. If the partner is late for our mother’s birthday because of ‘work’, we may assume it’s an excuse. If they promised to buy us some extra toothpaste but then ‘forgot’, we’ll imagine a deliberate slight. They probably relish the thought of causing us a little distress.

But if we employed the infant model of interpretation, our first assumption would be quite different: maybe they didn’t sleep well last night and are too exhausted to think straight; maybe they’ve got a sore knee; maybe they are doing the equivalent of testing the boundaries of parental tolerance. Seen from such a point of view, the lover’s adult behaviour doesn’t magically become nice or acceptable. But the level of agitation is kept safely low. It’s very touching that we live in a world where we have learnt to be so kind to children: it would be even nicer if we learnt to be a little more generous towards the childlike parts of one another. 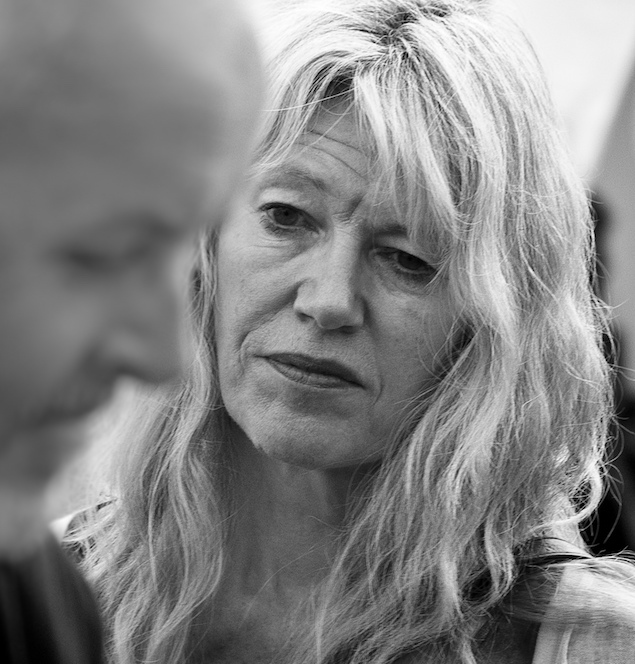 It sounds strange at first – and even condescending or despairing – to keep in mind that in crucial ways one’s partner always remains a child. On the outside they’re obviously a functioning adult. But the Partner-as-Child theory urges us to recognise that parts of the psyche always remain tethered to the way they were at the early stages of life. This way of seeing the person one is with may be a helpful strategy for managing times when they are very difficult to cope with: when there are outbursts of deeply unreasonable petulance, sulkiness or flashes of aggression. When they fall far short of what we ideally expect from grown up behaviour and we might dismissively label such attitudes as ‘childish’, without quite realising it, we are approaching a hugely constructive idea, but then (understandably though unfortunately) seeing it simply as an accusation – rather than what it truly is: a recognition of an ordinary feature of the human condition.

The therapeutic benefit is the observation that we are generally very good at loving children. Our ability to continue to be loving, and to keep calm, around children is founded on the fact that we take it for granted that they are not able to explain what is really bothering them. We deduce the real cause of their sorrow from amidst the external symptoms of rage – because we grasp that little children have very limited abilities to diagnose and communicate their own problems. 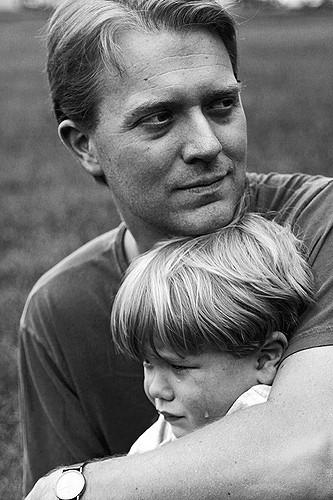 A central premise of the Partner-as-Child theory is that it is not an aberration or unique failing of one’s partner that they retain a childish dimension. It’s a normal, inevitable, feature of all adult existence. You are not desperately unlucky to have hitched yourself to someone who is still infantile in many ways. Adulthood simply isn’t a complete state; what we call childhood lasts (in a submerged but significant way) all our lives. Therefore, some of the moves we execute with relative ease around children must forever continue to be relevant when we’re dealing with another grown-up.

Being benevolent to one’s partner’s inner child doesn’t mean infantilising them. This is no call to draw up a chart detailing when they are allowed screen time or to award stars for getting dressed on their own. It means being charitable in translating things they say in terms of their deeper meaning: ‘you’re a bastard’ might actually mean ‘I feel under siege at work and I’m trying to tell myself I’m stronger and more independent than I really feel’; or ‘you just don’t get it do you’ might mean ‘I’m terrified and frustrated and I don’t really know why, please be strong.’ 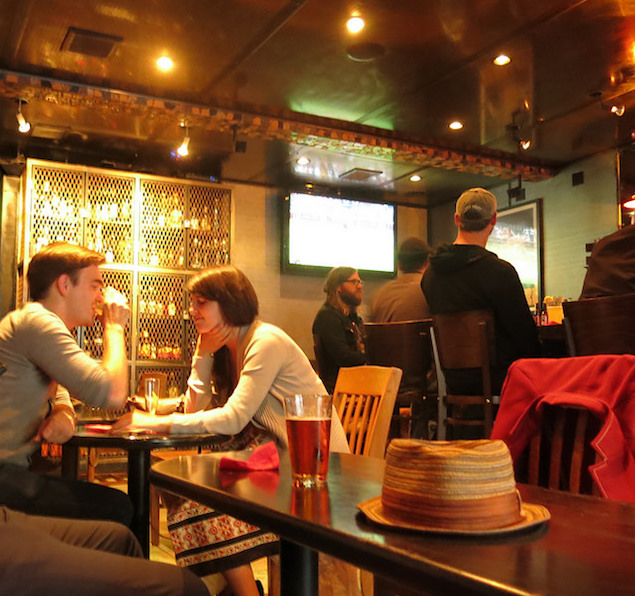 We’d ideally also give more space for soothing rather than arguing; instead of taking our partner up for something annoying they’ve said we’d see them like an agitated child who is lashing out at that the person they most love because they can’t think of what else to do. We’d seek to reassure and show them that they are still OK, rather than (as is so tempting) hit back with equal force.

Of course, it’s much much harder being grown-up around another adult whose inner child is on display than it is being with an actual child. That’s because you can see how little and undeveloped a toddler or a five year old is – so sympathy comes naturally. We know it would be a disaster to suddenly turn on the child and try to hold them fully responsible for every moment of their conduct. Psychology has been warning us for half a century or more that this isn’t the right route. 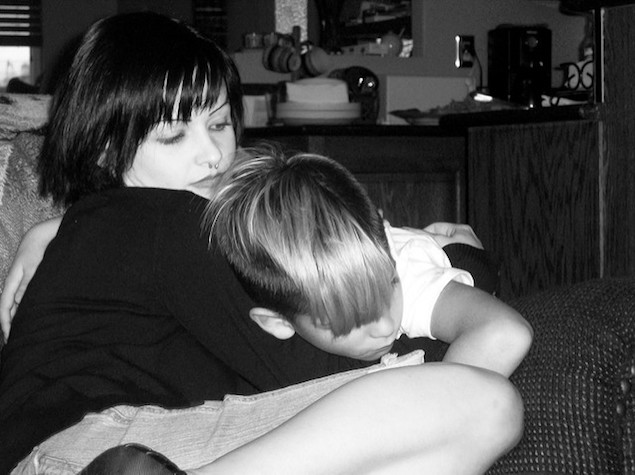 However, we don’t yet have this cultural back-up fully in force to assist us in coping with a partner’s childish sides. Naturally, the insight can’t all be one way. A capacity for benevolence to the inner child of a partner has to be linked to a recognition that we will have a similar need to be viewed in this benevolent way at other points. We can take it in turns. We can summon up the energy to be be charitable to the inner three year-old of the other – in part because we know that soon enough we are going to need them to do the same for us.

The accurate, corrective reimagining of the inner lives of others is a piece of empathetic reflection we constantly need to perform with ourselves and with others. We need to imagine the turmoil, disappointment, worry and sheer confusion in people who may outwardly appear merely aggressive. Our lover may be six foot one and holding down adult employment, but their behaviour may still sometimes be poignantly retrogressive. When they behave badly, what they don’t, but should perhaps say is: ‘Deep inside, I remain an infant, and right now I need you to be my parent. I need you correctly to guess what is truly ailing me, as people did when I was a baby, when my ideas of love were first formed’. 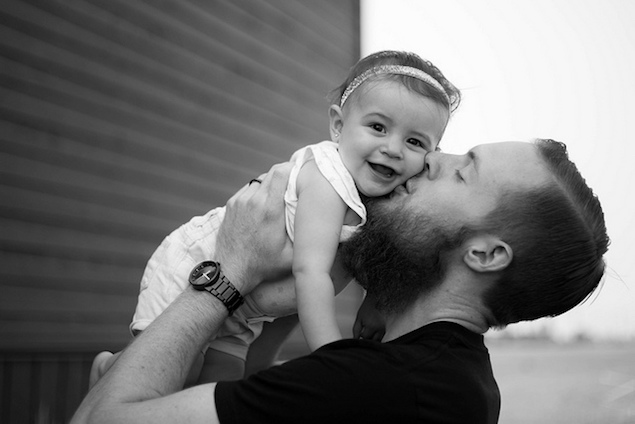 We do our lovers the greatest possible favour when we are able to regard at least some of their bad behaviour as we would those of an infant. We are so alive to the idea that it’s patronising to be thought of as younger than we are; we forget that it is also, at times, the greatest privilege for someone to look beyond our adult self in order to engage with – and forgive – the disappointed, furious, inarticulate or wounded child within.