On the Role of Censorship - The School Of Life

On the Role of Censorship

We believe in censorship. Sometimes. Of course, that’s a very unpopular view these days; censorship looks small-minded, defensive and the enemy of a hard-won freedom to express oneself without interference. People associate censorship with book burning, political repression and ignorant intolerance. The heroic events which ended censorship in Europe seem only to bear this out. For instance, the censorship of Diderot’s Encyclopedia in 1752 was a petty attack by the Church on a sophisticated and deeply useful intellectual project. The ban on D.H. Lawrence’s Lady Chatterley’s Lover was a comparably idiotic step. When the publishers, Penguin, were tried in 1960 under the Obscene Publications Act, the prosecution appeared dowdy and dim, while the defence was passionate and intelligent. In the history of censorship, it always seems as if it is something of real value – profound, earnest and true – that is condemned and someone vile, corrupt and absurd who is trying to do the censoring. 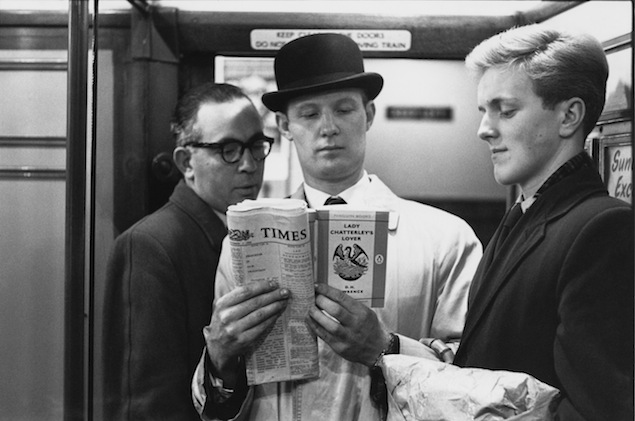 Censors as fools: the Chatterley ban

But maybe that’s no longer always true. Maybe, just maybe, that phase of history (in which the censored were always good and the censors always bad) has, in the developed countries at least, passed in many ways. The real threat nowadays is perhaps not that wonderful truths are in danger of being repressed by malign authorities but rather that we will drown in chaos produced by aggressive and uncontrolled commercial interests, that we will be overwhelmed by irrelevant, greedy, noxious and unhelpful trivia, and that we will be left unable to concentrate on what is genuinely important and good.

Freedom of expression or just a pain?

A key argument of those who attack ‘censorship’ today is to claim that we all need to hear all the messages all the time. But do we? Do we, for example, need to hear a message about what kind of scent it would be nice to buy when walking past the riverbank in central Paris? 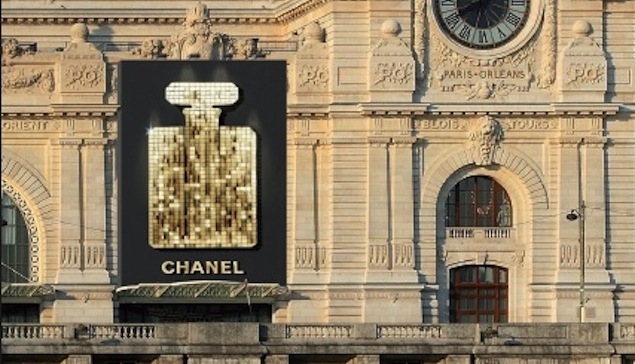 Perfume advertisement on the facade of the Musee D’Orsay, Paris, 2011

The Chanel advert is depressing to the human spirit because it enacts on a large scale, in a conspicuous and prestigious place, a weakness that we know we need to overcome in ourselves: our tendency to escape into distraction, narcissism and useless consumption. The advertisement unintentionally supports our worst sides.

The argument here is that things that draw us away from our true potential should not be paraded in front of us, asking for admiration, at every occasion (on the bus, on the back of the airplane seat, in the street…). In the case of the Musee d’Orsay, censorship would mean taking care that the public environment reflected, and thus comforted and supported, our better natures.

Censoring an incongruous billboard on the side of a much loved building may not be too controversial. But such an example reveals underlying principles which can be put to further use. Unhelpful messages can be targeted in a number of areas. 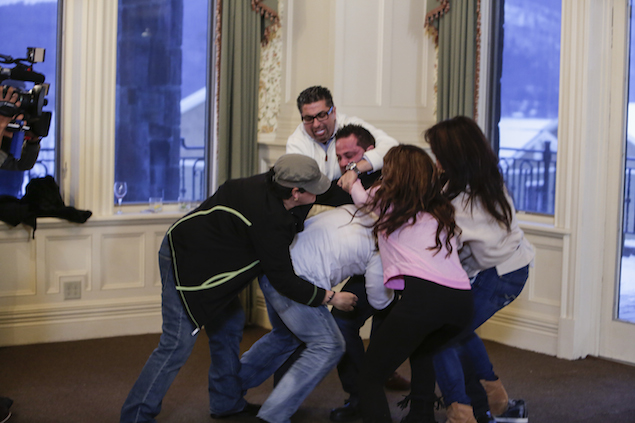 We know humans can get like this: but does it help us to see them too easily?

Take TV, for instance. Television broadcasts have long been censored on grounds of violence and sexuality – and there is widespread agreement that this is an acceptable, and even welcome, restriction on liberty. We know perfectly well that images of an extreme kind are readily available elsewhere if one really wants to go and hunt for them; but an important distinction exists between what people do completely in private and what is acceptable more or less ‘in public’ over the airwaves. But the insight which leads us to censor images because they are too graphic or gory actually applies more broadly than these two usual categories. For the problem is not primarily to do with sex or violence; the real concern is that some scenes that are paraded before us are humiliating to our collective dignity. They give us a shameful view of human nature.

Censorship is not necessarily about making it impossible to view such material. What it does insist on is the private and personal character of the interest: it refuses public endorsement. The most sinister programmes and adverts are those that are confident about their own merits, when they are in fact spectacularly unworthy of regard.

In a democratic, market-oriented society, public culture is hugely important. It guides our collective ideas about what is admirable or shocking, what counts as normal or weird. It generates a shared perception of status. All public things shape our individual lives, and they make their way into politics and the economy.

Censoring the odd message deserves to be considered not always as an unenlightened suppression of crucial ideas, but occasionally as a sincere attempt to organise the world for human flourishing.