There can be few websites more delightful than Airlinemeals.net. It’s a site sure to be of interest to future anthropologists and that should already now be of interest to poets – because it is entirely dedicated to photographs of airline meals, which have been uploaded by passengers for no particular reason besides the sheer enjoyment of showing off and looking at food on trays in planes around the world. 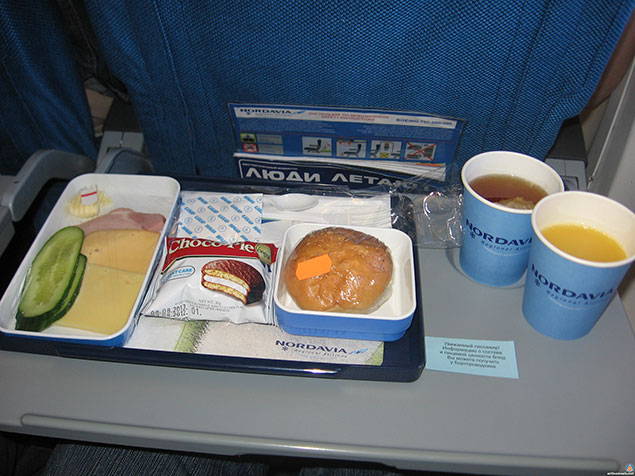 You can compare the cutlery on Swiss and Lufthansa, study what you’d get in ANA economy, admire the fluted glasses on TAP First Class and commiserate with anyone on Delta travelling across the Pacific between LAX and Sydney with only two pizzas and a roll for sustenance. 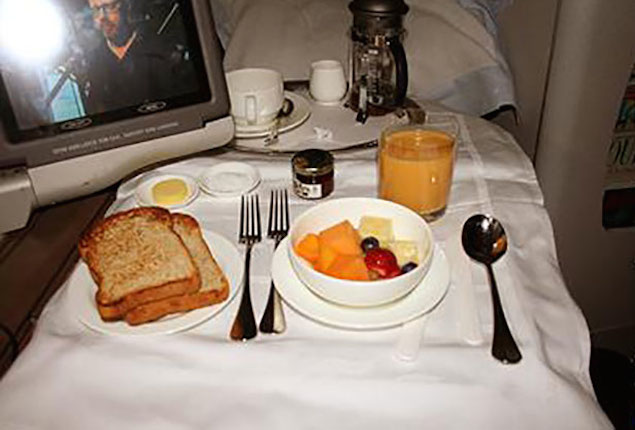 Naturally airline food is dismal when we compare it to what we’d get on the ground but this is to miss the point of its charm. The thrill lies in the interaction between the meal and the dramatic, inhospitable place in which one is eating it. Food that, if eaten in a kitchen, would have been banal or offensive, acquires a new taste and interest in the presence of the clouds – like a picnic of bread and cheese that delights us when eaten on a clifftop above a pounding sea. With the in-flight tray, we make ourselves at home in an unhomely place: we appropriate the extraterrestrial skyscape with the help of a chilled bread roll and a plastic tray of potato salad. 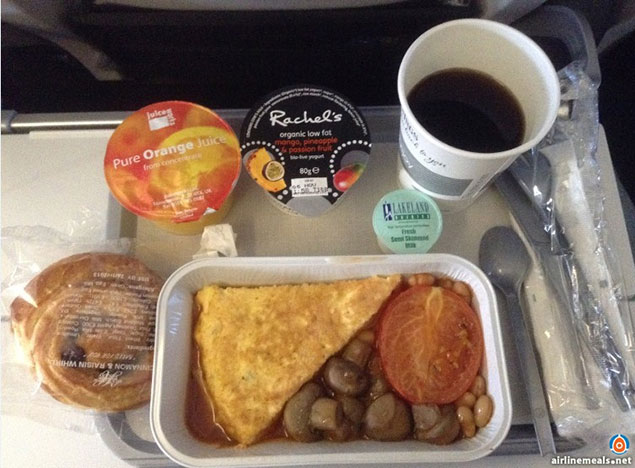 To eat in odd outdoor places is to express a rare security and confidence. No longer do we have to huddle in a kitchen defensively, away from predators; now the whole world can be one’s dining room and a surge of confidence accompanies this recognition. One is laying one’s metaphorical picnic blanket over a vast terrain; the mountains of Arizona will be the setting for the starter, one will pick through an endive salad over the Utah desert and might move on to a chocolate sauce over the foothills of the Rockies. Out of the window is a sight that would have seemed earth-shattering to Michelangelo or Turner, though few people will ever bother to notice. 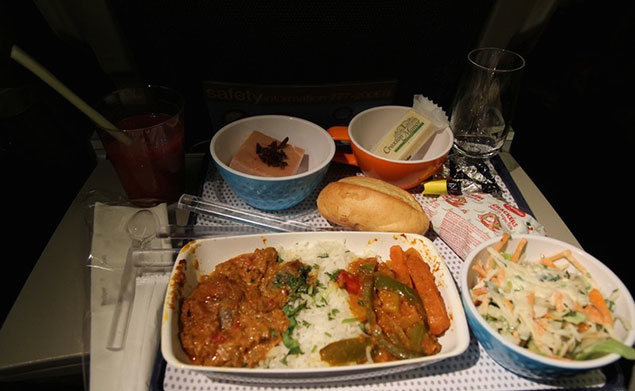 In the airline industry, there has long been a discrepancy between how seriously carriers try to distract their passengers and how uninterested they are in trying to help them marvel at the technological and aesthetic phenomena around them.

Things are no less interesting on the ground, in the places where the meals are assembled. While the terminals are filled with TV screens showing CNN (rarely does the world seem a more boring, homogenous place than when seen through the eyes of this dismal channel), only a few metres away, in anonymous chilled warehouses, beautiful frenzied logistical efforts will be unfolding. Thousands of breakfasts, lunches and dinners, all intended for ingestion within the following few hours somewhere in the troposphere, are being prepared: Korean Airlines is serving beef broth, JAL salmon teriyaki and Air France a chicken escalope on a bed of pureed carrots. Foods that will later be segregated by airline now mingle freely together, much like passengers in the terminal, so that a tray containing a thousand plates of Dubai-bound Emirates hummus may be lined up in the freezer room next to four trolleys full of SAS gravadlax, set to fly part way to Stockholm. 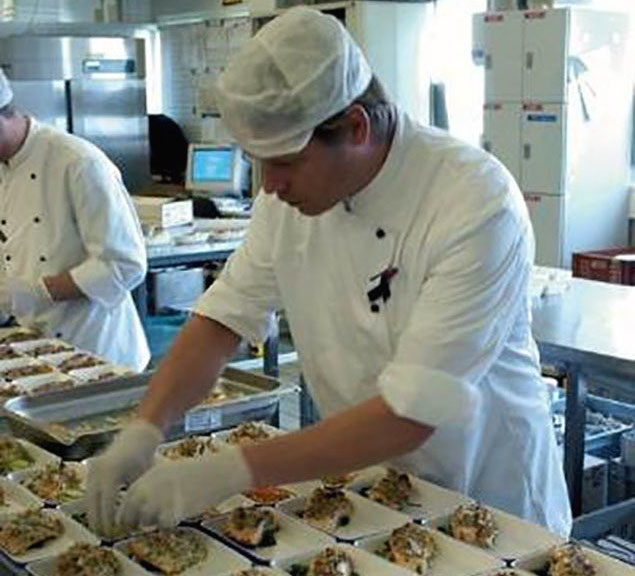 Airplane food fascinates because it stands at a point of maximum tension between the manmade and the natural, the technological and the organic. Even the most anaemic tomato (and so many on board are mesmerising in their fibrous pallor) remains a work of nature. How odd, then, that we should take our fruit, meat and vegetables up into the sky with us, when we used to sit more humbly at nature’s feet, hosting harvest festivals to honour the year’s wheat crop and sacrificing animals to ensure the continued fecundity of the earth.

The interest continues to the menus. There can be few literary works in any language as poetic as these documents:

Blows along the stones

Lines composed by Matsuo Basho, the Japanese poet who brought the haiku form to its mature perfection in the Edo era. But how unevocative this is next to the verse of the poet at work somewhere within Air Canada’s catering operation. 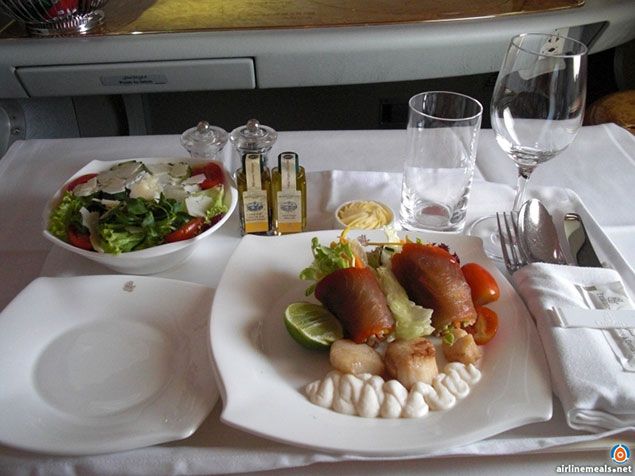 One of the eternal ambitions of art is to renew our love of things that get too easily taken for granted. Airlinemeals.net is a major home of art in our time.