Plato - The School Of Life

Athens, 2400 years ago. It’s a compact place: around 250,000 people live here. There are fine baths, theatres, temples, shopping arcades and gymnasiums. Art is flourishing, and science too. You can pick up excellent fish down at the harbour in Piraeus. It’s warm for more than half the year. 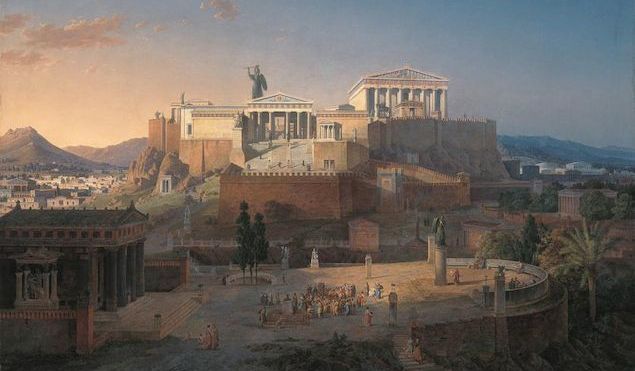 This is also home to the world’s first true – and probably greatest – philosopher: Plato.

Born into a prominent and wealthy family in the city, Plato devoted his life to one goal: helping people to reach a state of what he termed:

Eudaimonia: this peculiar but fascinating Greek word is a little hard to translate: it almost means ‘happiness’ but is really closer to ‘fulfilment’, because ‘happiness’ suggests continuous chirpiness – whereas ‘fulfilment’ is more compatible with periods of great pain and suffering – which seem to be an unavoidable part even of a good life.

How did Plato propose to make people more fulfilled? Four central ideas stand out in his work.

Plato proposed that our lives go wrong in large part because we almost never give ourselves time to think carefully and logically enough about our plans. And so we end up with the wrong values, careers and relationships. Plato wanted to bring order and clarity to our minds.

He observed how many of our ideas are derived from what the crowd thinks, from what the Greeks called ‘doxa’, and we’d call ‘common-sense’. And yet repeatedly, across the 36 books he wrote, Plato showed this common-sense to be riddled with errors, prejudice and superstition. Popular ideas about love, fame, money or goodness simply don’t stand up to reason.

Plato also noticed how proud people were about being led by their instincts or passions (jumping into decisions on the basis of nothing more than ‘how they felt’), and he compared this to being dragged dangerously along by a group of blindfolded wild horses.

As Freud was happy to acknowledge, Plato was the inventor of therapy, insisting that we learn to submit all our thoughts and feelings to reason. As Plato repeatedly wrote, the essence of philosophy came down to the command to:

Plato is one of the great theorists of relationships. His book, The Symposium, is an attempt to explain what love really is. It tells the story of a dinner party given by Agathon, a handsome poet, who invites a group of his friends around to eat, drink and talk about love.

The guests all have different views about what love is. Plato gives his old friend Socrates – one of the main characters in this and all his books – the most useful and interesting theory. It goes like this: when you fall in love, what’s really going on is that you have seen in another person some good quality which you haven’t got. Perhaps they are calm, when you get agitated; or they are self-disciplined, while you’re all over the place; or they are eloquent when you are tongue-tied.

The underlying fantasy of love is that by getting close to this person, you can become a little like they are. They can help you to grow to your full potential.

In Plato’s eyes, love is in essence a kind of education: you couldn’t really love someone if you didn’t want to be improved by them. Love should be two people trying to grow together – and helping each other to do so. Which means you need to get together with the person who contains a key missing bit of your evolution: the virtues you don’t have.

This sounds entirely odd nowadays when we tend to interpret love as finding someone perfect just as they are. In the heat of arguments, lovers sometimes say to one another: ‘If you loved me, you wouldn’t try to change me.’

Plato thinks the diametric opposite. He wants us to enter relationships in a far less combative and proud way. We should accept that we are not complete and allow our lovers to teach us things. A good relationship has to mean we won’t love the other person exactly as they are. It means committing to helping them become a better version of themselves – and to endure the stormy passages this inevitably involves – while also not resisting their attempts to improve us.

3. The Importance of beauty

Everyone – pretty much – likes beautiful things. But we tend to think of them as a bit mysterious in their power over us and, in the greater scheme, not terribly important.

But Plato proposed that it really matters what sorts of houses or temples, pots or sculptures you have around you.

No one before Plato had asked the key question: why do we like beautiful things? He found a fascinating reason: we recognise in them a part of ‘the good’.

There are lots of good things we aspire to be: kind, gentle, harmonious, balanced, peaceful, strong, dignified. These are qualities in people. But they are also qualities in objects. We get moved and excited when we find in objects the qualities we need but are missing in our lives.

Beautiful objects therefore have a really important function. They invite us to evolve in their direction, to become as they are. Beauty can educate our souls.

It follows that ugliness is a serious matter too, for it parades dangerous and damaged characteristics in front of us. It encourages us to be like it: harsh, chaotic, brash. It makes it that much harder to be wise, kind and calm.

Plato sees art as therapeutic: it is the duty of poets and painters (and nowadays, novelists, television producers and designers) to help us live good lives.

Plato believed in the censorship of the arts. It’s not the paradox it seems. If artists can help us live well, they can, unfortunately, equally give prestige and glamour to unhelpful attitudes and ideas. Just being an artist doesn’t guarantee the power of art will be wisely used.

That’s why Plato believed that artists should work under the command of philosophers, who would give them the right ideas and ask them to make these convincing and popular. Art was to be a sort of propaganda – or advertising – for the good.

Plato spent a lot of time thinking how the government and society should ideally be. He was the world’s first utopian thinker. 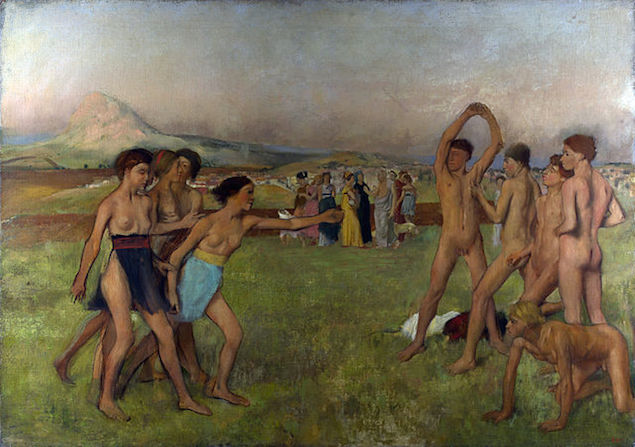 In this, he was inspired by Athens’s great rival: Sparta. This was a city-sized machine for turning out great soldiers. Everything the Spartans did – how they raised their children, how their economy was organised, whom they admired, how they had sex, what they ate – was tailored to that one goal. And Sparta was hugely successful, from a military point of view.

But that wasn’t Plato’s concern. He wanted to know: how could a society get better at producing not military power but eudaimonia? How could it reliably help people towards fulfilment?

In his book, The Republic, Plato identifies a number of changes that should be made:

a) We need new heroes

Athenian society was very focused on the rich, like the louche aristocrat Alcibiades, and sports celebrities, like the boxer Milo of Croton. Plato wasn’t impressed: it really matters who we admire, for celebrities influence our outlook, ideas and conduct. And bad heroes give glamour to flaws of character.

Plato therefore wanted to give Athens new celebrities, replacing the current crop with ideally wise and good people he called Guardians: models for everyone’s good development. These people would be distinguished by their record of public service, their modesty and simple habits, their dislike of the limelight and their wide and deep experience. They would be the most honoured and admired people in society.

b) We need censorship

Today censorship makes us anxious. But Plato was worried about the wrong sort of freedom: Athens was a free-for-all for the worst opinion-sellers. Crazy religious notions and sweet sounding, but dangerous, ideas sucked up mass enthusiasm and lead Athens to disastrous governments and misguided wars (like a fateful attack on Sparta). 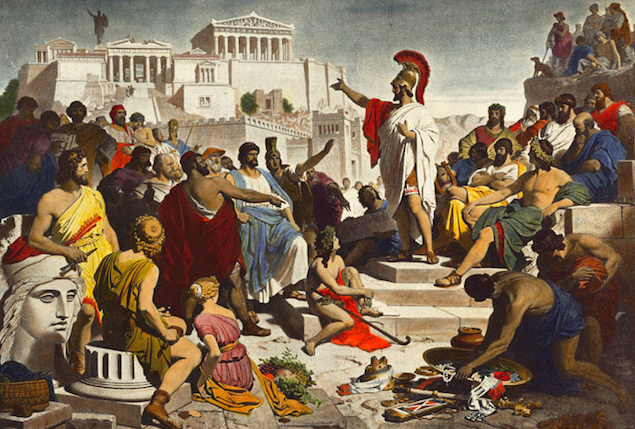 Continuous exposure to a storm of confused voices was – Plato thought – seriously bad for us, so he wanted to limit the activities of public orators and dangerous preachers. He would – nowadays – have been very sceptical about the power of mass media.

Plato believed passionately in education, but wanted to refocus the curriculum. The primary thing we need to learn is not just maths or spelling, but how to be good: we need to learn about courage, self-control, reasonableness, independence and calm. 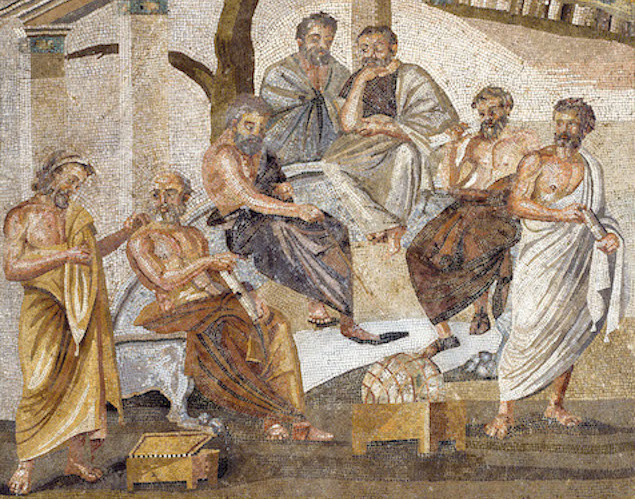 To put this into practice, Plato founded a school called The Academy in Athens, which flourished for over 400 years. You went there to learn nothing less than how to live and die well.

It’s fascinating and not a little sad how modern academic institutions have outlawed this ambition. If a student showed up at Oxford or Harvard universities today seeking to be taught how to live, the professors would call the police – or the insane asylum.

Families try their best. And sometimes children strike lucky. Their parents are well balanced, good teachers, reliably mature and wise. But pretty often parents transmit their confusions and failings to their children. 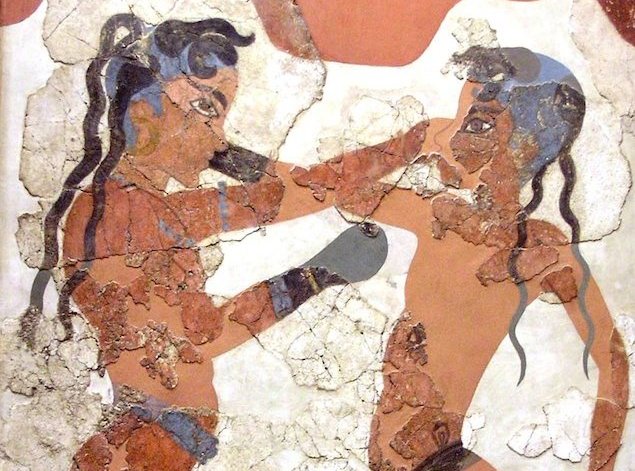 Plato thought that bringing up children well was one of the most difficult (and most needed) skills. He was acutely sympathetic to the child who is held back by the wrong home environment.

So he proposed that many children would in fact be better off if they could take their vision of life not from their parents but from wise guardians, paid for by the state. He proposed that a sizeable share of the next generation would be brought up by people more qualified than their own parents.

Plato’s ideas remain deeply provocative and fascinating. What unites them is their ambition and their idealism. He wanted philosophy to be a tool to help us change the world. We should continue to be inspired by his example.