How to Be a Good Listener - The School Of Life

How to Be a Good Listener

Being a good listener is one of the most important and enchanting life-skills anyone can have. Yet, few of us know how to do it, not because we are evil, but because no one has taught us how and – a related point – few have listened sufficiently well to us. So we come to social life greedy to speak rather than listen, hungry to meet others, but reluctant to hear them. Friendship degenerates into a socialised egoism.

Like most things, the answer lies in education. Our civilisation is full of great books on how to speak – Cicero’s Orator and Aristotle’s Rhetoric were two of the greatest in the ancient world – but sadly no one has ever written a book called ‘The Listener’. There are a range of things that the good listener is doing that makes it so nice to spend time in their company. 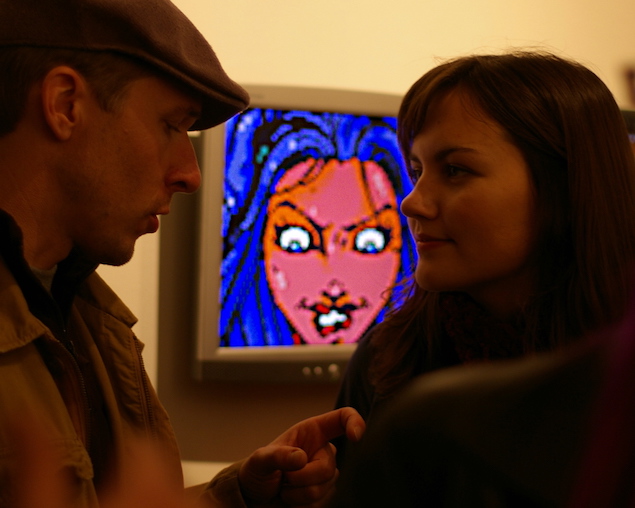 Without necessarily quite realising it, we’re often propelled into conversation by something that feels both urgent and somehow undefined. We’re bothered at work, we’re toying with more ambitious career moves, we’re not sure if so and so is right for us; a relationship is in difficulties; we’re fretting about something or feeling a bit low about life in general (without being able to put a finger on exactly what’s wrong); or perhaps we’re very excited and enthusiastic about something – though the reasons for our passion are tricky to pin down.

At heart, all these are issues in search of elucidation. The good listener knows that we’d ideally move – via conversation with another person – from a confused agitated state of mind to one that was more focused and (hopefully) more serene. Together with them we’d work out what us really at stake. But, in reality, this tends not to happen because there isn’t enough of an awareness of the desire and need for clarification within conversation. There aren’t enough good listeners. So people tend to assert rather than analyse. They restate in many different ways the fact that they are worried, excited, sad or hopeful, and their interlocutor listens but doesn’t assist them to discover more. 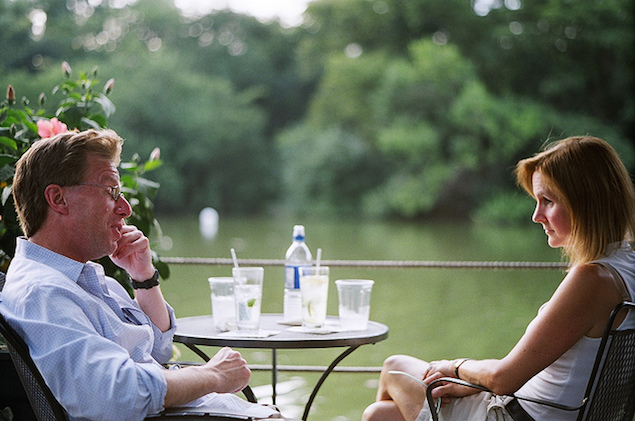 Good listeners fight against this with a range of conversational gambits. They hover as the other speaks: they offer encouraging little remarks of support, they make gentle positive gestures: a sigh of sympathy, a nod of encouragement, a strategic ‘hmm’ of interest. All the time they are egging the other to go deeper into issues. They love saying: ‘tell me more about …’; ‘I was fascinated when you said ..’; ‘why did that happen, do you think?’ or ‘how did you feel about that?’

The good listener takes it for granted that they will encounter vagueness in the conversation of others. But they don’t condemn, rush or get impatient, because they see vagueness as a universal and highly significant trouble of the mind that it is the task of a true friend to help with. The good listener never forgets how hard – and how important – it is to know our own minds. Often, we’re in the vicinity of something, but we can’t quite close in on what’s really bothering or exciting us. The good listener knows we hugely benefit from encouragement to elaborate, to go into greater detail, to push a little further. We need someone who, rather than launch forth, will simply say two magic rare words: Go on… 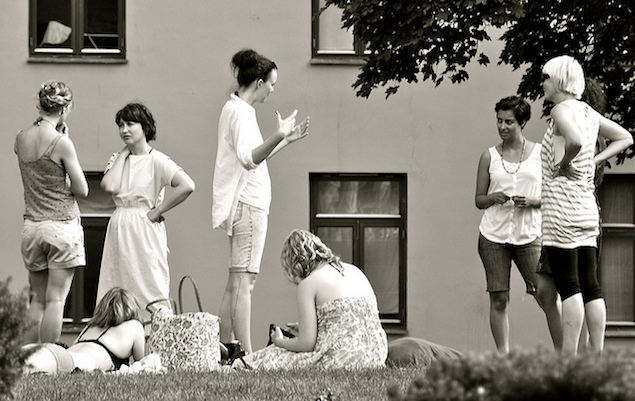 You mention a sibling and they want to know a bit more. What was the relationship like in childhood, how has it changed over time. They’re curious where our concerns and excitements come from. They ask thing like: why did that particularly bother you? Why was that such a big thing for you? They keep our histories in mind, they might refer back to something we said before and we feel they’re building up a deeper base of engagement.

It’s fatally easy to say vague things: we simply mention that something is lovely or terrible, nice or annoying. But we don’t really explore why we feel this way. The good listener has a productive, friendly suspicion of some of our own first statements and is after the deeper attitudes that are lurking in the background. They take things we say like ‘I’m fed up with my job’ or ‘My partner and I are having a lot of rows…’ and help us to concentrate on what it really is about the job we don’t like or what the rows might deep down be about. 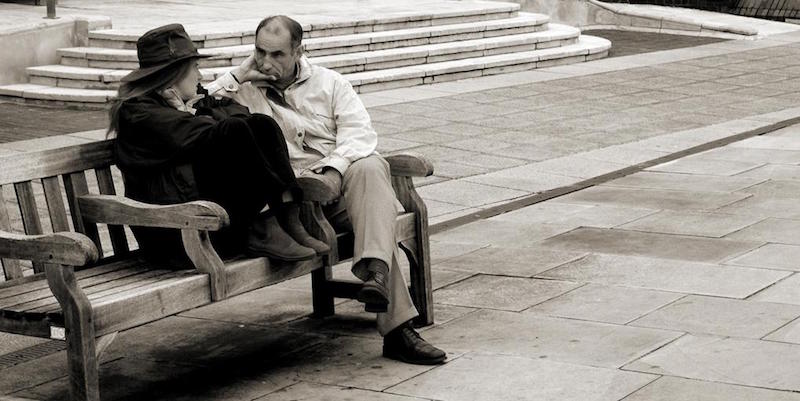 They’re bringing to listening an ambition to clear up underlying issues. They don’t just see conversation as the swapping of anecdotes. They are reconnecting the chat you’re having over pizza with the philosophical ambitions of Socrates, whose dialogues are records of his attempts to help his fellow Athenians understand and examine their own underlying ideas and values.

A key move of the good listener is not always to follow every byway or sub-plot that the speaker introduces, for they may be getting lost and further from their own point than they would themselves wish. The good listener is helpfully suspicious, knowing that their purpose is to focus the fundamental themes of the speaker, rather than veering off with them into every side road. They are always looking to take the speaker back to their last reasonable point – saying, ‘Yes, yes, but you were saying just a moment ago..’. Or, ‘So ultimately, what do you think it was about…’ The good listener (paradoxically) is a skilled interrupter. But they don’t (as most people do) interrupt to intrude their own ideas; they interrupt to help the other get back to their original more sincere, yet elusive concerns. 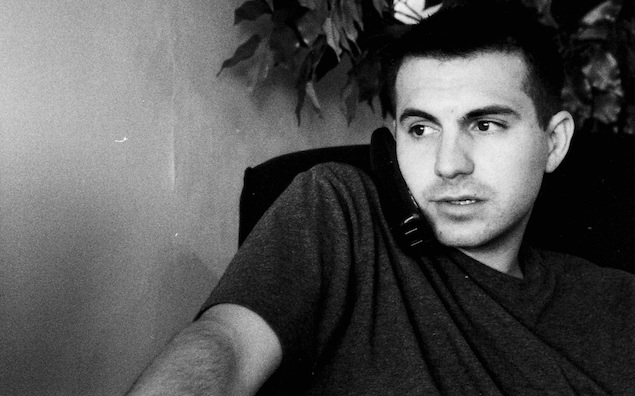 The good listener doesn’t moralise. They know their own minds well enough not to be surprised or frightened by strangeness. They know how insane we all are. That’s why others can feel comfortable being heard by them. They give the impression they recognise and accept our follies; they don’t flinch when we mention a particular desire. They reassure us they’re not going to shred our dignity. A big worry in a competitive world is that we feel we can’t afford to be honest about how distressed or obsessed we are. Saying one feels like a failure or a pervert could mean being dropped. The good listener signals early and clearly that they don’t see us in these terms. Our vulnerability is something they warm to rather than are appalled by. It is only too easy to end up experiencing ourselves as strangely cursed and exceptionally deviant or uniquely incapable. But the good listener makes their own strategic confessions, so as to set the record straight about the meaning of being a normal (that is very muddled and radically imperfect) human being. They confess not so much to unburden themselves as to help others accept their own nature and see that being a bad parent, a poor lover, a confused worker are not malignant acts of wickedness, but ordinary features of being alive that others have unfairly edited out of their public profiles.

When we’re in the company of people who listen well, we experience a very powerful pleasure, but too often, we don’t really realise what it is about what this person is doing that is so nice. By paying strategic attention to our feelings of satisfaction, we can learn to magnify them and offer them to others, who will notice, heal – and repay the favour in turn. Listening deserves discovery as one of the keys to a good society.