A Brief History of Affairs - The School Of Life

A Brief History of Affairs

An affair is a love – or sexual – story between two people, one of whom (at least) is ostensibly committed to someone else. Most importantly, in our times, an affair is a catastrophe, pretty much the greatest betrayal that can befall us, a harbinger of untrammelled suffering, frequently the end of the marriage it has violated and almost always an occasion for fierce moralising and the division of participants into goodies (who have been betrayed) and monsters (who have betrayed). 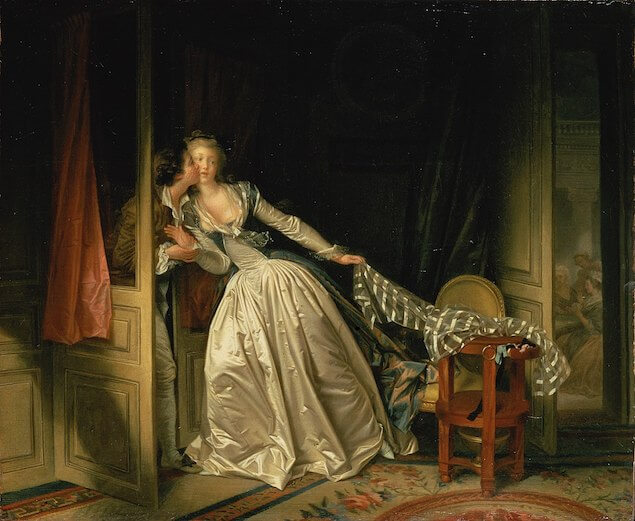 However, in trying to understand affairs and make sense of their pains as well as their less frequently confessed attractions, we should grasp that the way we interpret affairs today is very particular to our own times: we are remarkably contorted about the whole business, as judged against the long span of human experience. People have always had affairs but what an affair means has been subject to huge changes across societies and eras. We need, in order to gain a deeper picture of what we are doing when we look beyond our primary relationships, glance backwards into the history – as well as briefly forwards in to the future – of affairs:

The Inca sun-king, Atahualpa, owns private harems scattered across his empire: he is said to have had affairs with three thousand women. Few subjects appear to think any of the less of him for this. All nobles have hundreds of concubines. There are official regulations concerning the number of mistresses that anyone in government is allowed: a provincial governor can have up to twenty, the administrator of a small village, eight. Having affairs is no sinful slip; it is a central indicator of dignity and status.

The thirty-five-year-old French King Louis XV has been married for twenty years, since the age of fifteen, to Marie Leszczyńska, daughter of Stanisław I, the deposed king of Poland, a woman whom no one expected him to love – and whom he duly didn’t. Now, Louis has developed a passion for the twenty-five-year-old beautiful and gracious Madame de Pompadour, who is herself married. She quickly becomes the most prominent in a long list of Louis’s lovers. The court is delighted for Louis and no one feels especially sorry for the queen, who devotes herself to music and reading and in time takes a few lovers of her own. A royal marriage is understood in terms of political and dynastic considerations – just as at other levels of society, it is seen in terms of property or business interests: a way of uniting two pieces of land or of bringing a useful son-in-law into the family workshop. To marry for love is judged an entirely irresponsible eccentricity as well as a wasted strategic opportunity. The idea that a person should spontaneously want to have sex with their spouse once children have been conceived is deemed bizarre and – in essence – perverted. 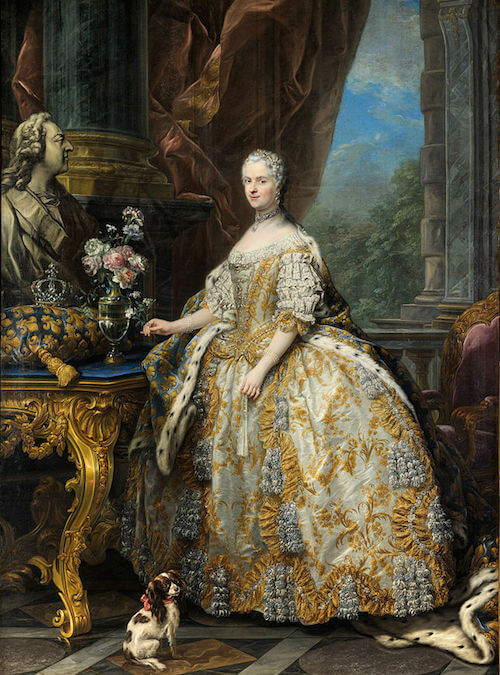 Johann Wolfgang von Goethe publishes The Sorrows of Young Werther, which becomes the most popular novel in Europe for the next thirty years. It is the pre-eminent expression of certain new Romantic ideas around marriage: that one should only marry for love and that to sleep with someone outside of marriage is a grave offence, emotionally rather than religiously or socially. Nevertheless, the novel acknowledges that it can be deeply tempting to have an affair and that desire doesn’t neatly follow legal rules. The hero of the novel has a flirtation with a married woman but, because he cannot go further with her and yet is overwhelmed by his longings, ends up seeing no other option but to kill himself. The novel emphasises that an affair or even the prospect of one can be both a source of extraordinary delight and the harbinger of calamity: the stakes feel a lot higher, now that marriage is meant to be so much more than a practical alliance.

The French writer Gustave Flaubert is narrowly acquitted on obscenity charges brought against his novel, Madame Bovary, the first detailed fictional description of sexual infidelity. The heroine of the novel, Emma Bovary, is driven to have an affair for a reason which her society now thoroughly condemns (though it would have been wholly unsurprising to Louis XV): she no longer sexually desires her husband Charles. We are firmly in the era of Romantic marriage and affairs have become appalling phenomena because of the expectation that marriages should be lifetime unions based on enduring love and continuous sexual enthusiasm. By insisting that a marriage partner should be everything to their spouse (co-parent, domestic manager, erotic companion and soulmate), Romanticism turns an affair from a problem into a tragedy. Infidelity becomes the core theme of all the great novels of the second half of the 19th century: from Anna Karenina to Middlemarch, heroes and heroines have to die or grievously compromise their social positions following any forays outside of their vows. 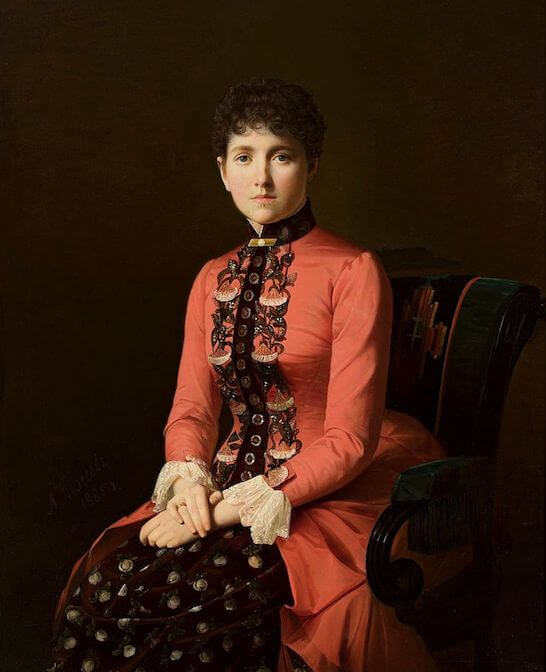 The Miami Herald runs a story revealing that the married Democratic presidential candidate Gary Hart has been having an affair with Donna Rice, a sales representative for a pharmaceuticals company. Up to this point, Hart has been the front-runner in the presidential race but his campaign is upended by the revelation of his affair and after a week of meek protestations and contrite apologies, he withdraws. The leadership of the world’s most powerful country has largely been decided on the issue of infidelity. An affair is not simply a private matter – it has become one of the sternest tests of a person’s moral worth.

The Usenet newsgroup alt.polyamory is created – and polyamory formally defined for the first time as ‘the practice, state or ability of having more than one sexual loving relationship at the same time, with the full knowledge and consent of all partners involved.’ Polyamory suggests a remarkable break with the uncomfortable tensions of the Romantic theory of marriage. Rather than have to love only one person and then lie about any subsequent desires, one can – as a polyamorist – be transparent and enjoy multiple sources of affection. The whole idea of ‘an affair’ promises to disappear in a new wave of psychological openness. However, a central objection to polyamory is soon raised: that it has, with naive utopianism, entirely forgotten about the primordial power of jealousy.

The world’s largest extramarital affair dating site, Ashley Madison, is hacked and 25 gigabytes of customer data is stolen. The hack provides the media with an occasion to consider the prevalence of affairs – and the response is one of predictable outrage. Analysis of users of the site reveals three central reasons why affairs appeal: firstly, people love their spouses and are properly committed to their relationships. Secondly, they cannot help but be drawn to other people out of a mixture of boredom, passion and desire (the slogan of Ashley Madison is ‘life is short; have an affair’). Thirdly, they know well enough that their partners could not take this on board without fury and immense hurt and therefore have to be deceived (unlike what polyamorists would hope). For millions around the world, the dilemma is clear: one both desperately wants to be married and equally badly needs to experience sexual intensity with new people; neither complete fidelity nor singlehood quite work. In the wake of the data hack, the consequences of this secret tension become especially acute: on 24 August 2015, a pastor and professor at the New Orleans Baptist Theological Seminary commits suicide after being exposed as a user of the site.

It becomes evident that under the aegis of Romanticism, humans have, collectively, evolved a very lovely, but also very demanding set of thoughts: the view that a relationship should be founded on love but also that having an affair must be a direct denial of this love – and therefore one of the worst and most hurtful things a person can do. At the same time quite a lot of otherwise admirable people keep having affairs, or at least very much wanting to. Humankind is at an extremely difficult impasse. 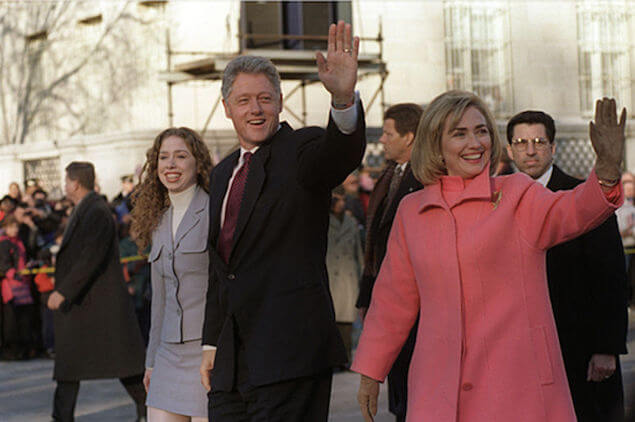 What, then, of the future of affairs?

Humanity, which has now colonised other planets, has moved to a new stance on affairs. An implant into the left temporal lobe of the brain has removed any tendencies towards feelings of sexual exclusiveness and jealousy: it is now, thanks to neurosurgery, possible to contemplate one’s partner having a little sex and some cuddles with another person without being totally destroyed by the notion. It has finally become possible actually to believe the phrase: ‘It didn’t mean much….’ Like Romantics, people still get married for love, enjoying the continuity and deep intimacy the tradition allows; and, at the same time, like Louis XV of France or the Inca king Atahualpa, they can enjoy affairs without ushering in tragedy. From their condominiums on the red planet, humans look back with pity at the risks that used to accompany straying lovers in the Romantic age as well as shuddering at the mercenary coldness of marriages in the era before people got betrothed because they genuinely cared for one another. They feel, quite rightly, that they have evolved something far more complex and far more humane.

We remain, in our earth-bound state, a long way off from such frictionless utopia – and with plenty still to be tortured by.