A Brief Theory of Sexual Excitement - The School Of Life 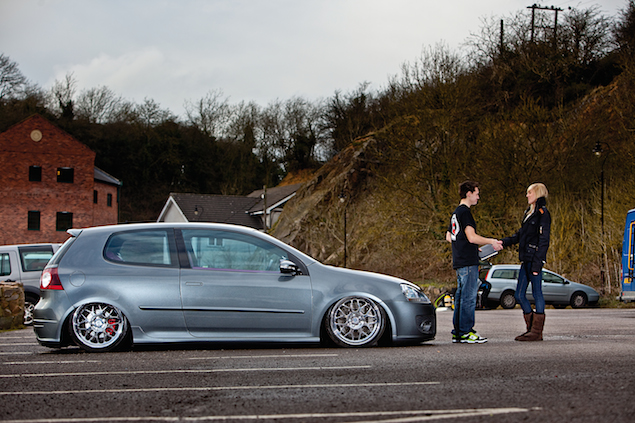 The surface improbability of the elements that incite lust is not merely a fascinating feature of the human condition. It is a cause of intimate trouble. How can we possibly explain to those we love the many odd-sounding things we want? Why do we even want them? We can be intensely disturbed by the direction of our own thrills. In normal life, we may be deeply opposed to cruelty and violence, and then in fantasy, we find (to our horror) that we are powerfully excited by the idea of being set upon by a rough, gun-toting intruder.

Sigmund Freud was one of the first people to take seriously our confusion and worries around sex. It’s good that he wanted to help us take sex seriously and was so honest about its stranger sides. But he did this at very high cost. His analyses of why we get excited were deeply contrary to any conscious reasons we might arrive at, often involving explanations pulled from deepest childhood, and made us sound so odd to ourselves that he unwittingly created incentives for further repression. Sex ended up, in Freud’s hands, seeming even more dangerous and strange than before, and hence even harder to talk about in a sane-sounding way to a lover across a bistro table.

There is no need for further mystery or shame. The suggestion here is that sexual excitement is in fact fairly easy to understand and not at all contrary to reason. It is continuous with many of the things we want in other areas. Though our erotic enthusiasms might sometimes sound odd (or even off-putting), they are in fact motivated by a search for the good, a search for a life marked by understanding, sympathy, trust, unity, generosity and kindness. The things that turn us on are, at heart, almost always solutions to things we fear and symbols of how we’d like things to be.

Let’s analyse a few common turn-ons in this light:

The Anxiety: Glasses are symbols of thoughtfulness and seriousness. They’re worn by people who seem to have a lot on their plate and perhaps a lot of significant thoughts in their minds. The worry is whether these sort of people have any time for us. They may be too important to pay us and our desires much attention. 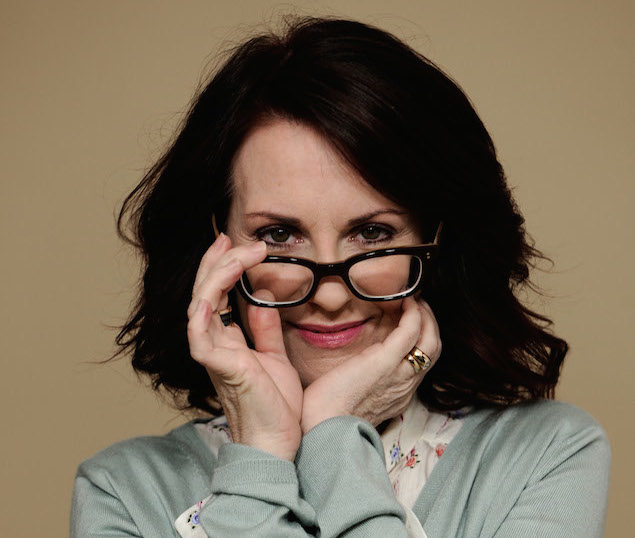 The Anxiety: We often fear that authority will be hostile to us, that it will not understand or sympathise with our needs. It will simply make our lives irksome and dull. All the things we want to do will be forbidden and we will be required to be tame, uninteresting versions of ourselves. 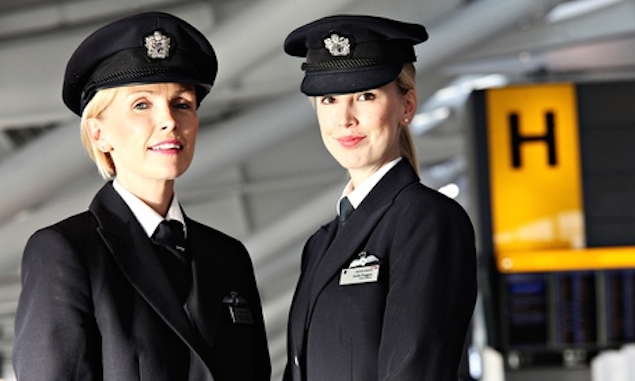 The Erotic: A sexual fantasy involving people in uniforms is an imagined solution to fears around authority. All kinds of uniform are capable of sparking excitement: most often business suits but also the outfits of doctors, nurses and pilots… These are the professions that scare and intimidate us, but in our sexual games, we invite the uniform in to reduce their power over us. The uniform still stands for authority but now authority has moved to our side, paying us exactly the right kind of attention. The pilot, far from being impassively at the controls, is thrilled to be here with us, she is no longer our enemy but our collaborator.

The Anxiety: We are taught from a young age that we must become independent. We live in an individualistic culture that constantly vilifies dependence and pushes us towards an ideal of solitary maturity. 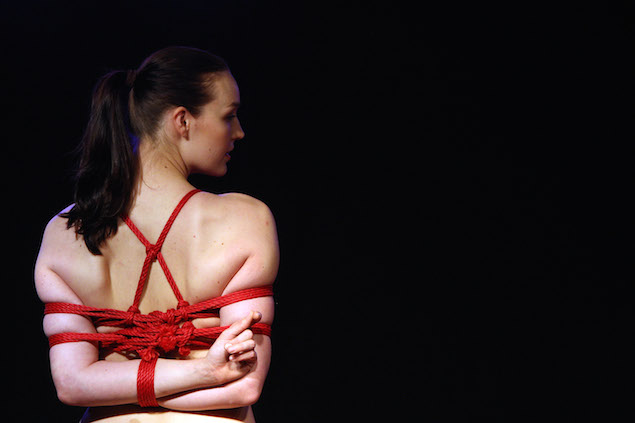 The Erotic: And yet it seems, in our sexual selves, many of us are deeply turned on by the idea of thorough passivity and submission, as a form of escape from the over-strenuous demands of grown-up life. Being a ‘slave’ means that someone else will know exactly what you should do, will take full responsibility, will take choice away from you. This can sound appalling because most slave owners we can imagine (or even just most bosses) are awful. They won’t have our best interests at heart. They won’t be kind. So we want to be independent in part because there doesn’t seem to be anyone around nice enough to deserve our submission.

It’s a common feature of all sexual fantasies that they do not – of course – genuinely solve the problems from which they draw their excitement. But we shouldn’t worry if the fantasy fails to solve the problem in reality. What we’re looking for here is simply a way of explaining and sympathising with the desire.

The Anxiety: Modern life demands extreme politeness and restraint. We have to keep our bossiness in check. Of course, in private, we go through life often thinking that we know what’s good for another person or feeling that someone deserves some rather harsh treatment.  In our hearts, we might like to be very bossy, very demanding and insistent. We would like to enforce absolute obedience on all those who defy us. But of course, in the real world, this is made difficult by the  fact that very few people trust us to exercise such power; we simply are not able to rise to the status which would allow us to exercise power as we would want. 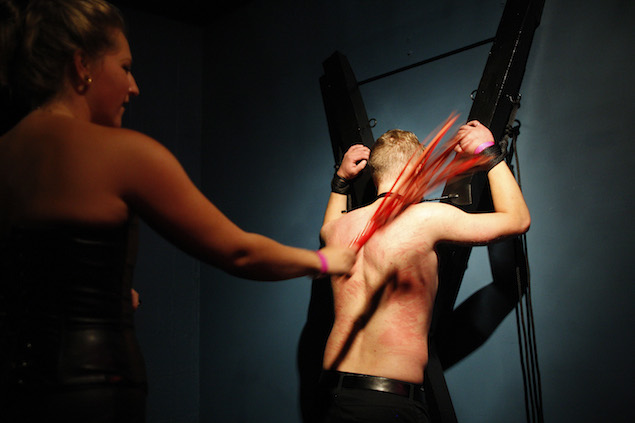 The Erotic: The fantasy is that someone else will acknowledge our strength and wisdom, will recognise our talents and will put us wholly in charge of them. No more need for restraint, no more need to hold our tongue. In the sexual fantasy, someone puts themselves in our hands, as we always hoped might happen. This is an attempt to address the very delicate, and very real problem, of when one is right to exercise decisive power over another person. And now in the sexual game, instead of this being a situation fraught with anxiety – because one might be mistaken about another’s wishes, because there might be resentment, because one might hurt someone – the commands are met only with delight by the person on whom they are exercised.

The Anxiety: In childhood, we were able to jump around and hit one another a bit and that was fine, even great fun. But now in adulthood, we are infinitely more circumspect. All violence is prohibited. We are terrified of force, against us or by us. 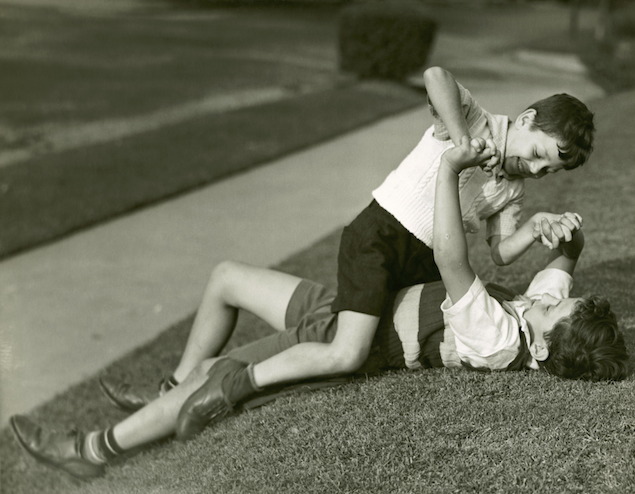 It is the fantasy that violence is no longer bad for us and others; that our anger and aggression can be expended safely, will not make others unhappy, but in fact will be welcomed by them – and that the fury of another will not wreck our lives but, in fact, bring us a kindly thrill.

The Anxiety: We easily become shy about the public realm; we sense that we have to be guarded, on our best behaviour: out there in the elevators, public plazas, shopping centres, garage forecourts of the world. Even nature is seen as quite hostile – a cold, dangerous place where enemies may set upon us. 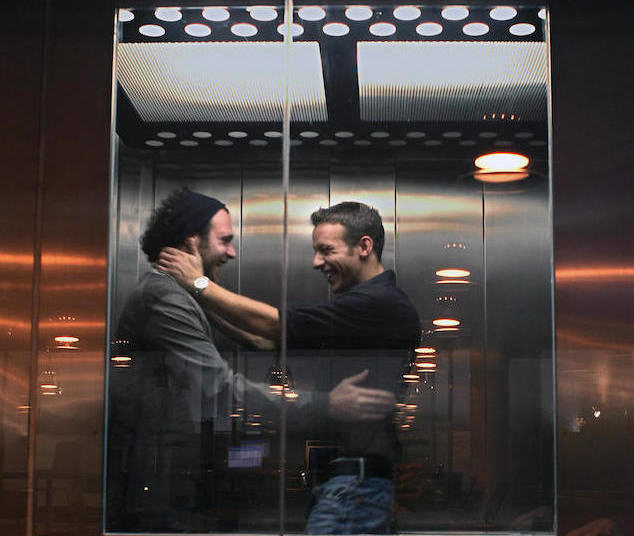 The Erotic: So the longing arises that we could be as much at ease in the outdoors, in public and in nature, as we can be at home. It would be a solution to a kind of oppression to have sex in the elevator, in the library stacks, out behind the petrol station, in the park… Sex outdoors is pleasurable for the same reasons as picnics are: they are ways of taming the world by taking the domestic out into it. Any activity which has become linked to indoors can be blissful when done outside because it symbolises a conquest of our anxieties – it is a way of imagining being more at home in the world than we normally can be.

Looked at like this, sexual scenarios can be explained to ourselves – and, crucially to other people in our lives – in fairly rational, sensible terms. We can take people into our history: we can explain how our fear that sensitivity and seriousness had to be disdainful of the body was formed. We can tell them how, when we were adolescents, there were some instances that really seemed to make this idea problematic, how we got searching for a solution to it, and how glasses got involved.