How to Become a Better Person - The School Of Life

Why does being ‘a good person’ have such a bad name? In the modern world, the idea of trying to be good or kind conjures up all sorts of negative associations: of piety, solemnity, bloodlessness and sexual renunciation. It’s telling that ‘wicked’ has even become a term of praise.

And yet the project of being good is as vital, or even more important, for the individual and society as is the project of being healthy. Yet while we have no problem with going to the gym to get fitter, it sounds deeply weird, even creepy, to suggest that one might ‘work’ at being better or nicer. 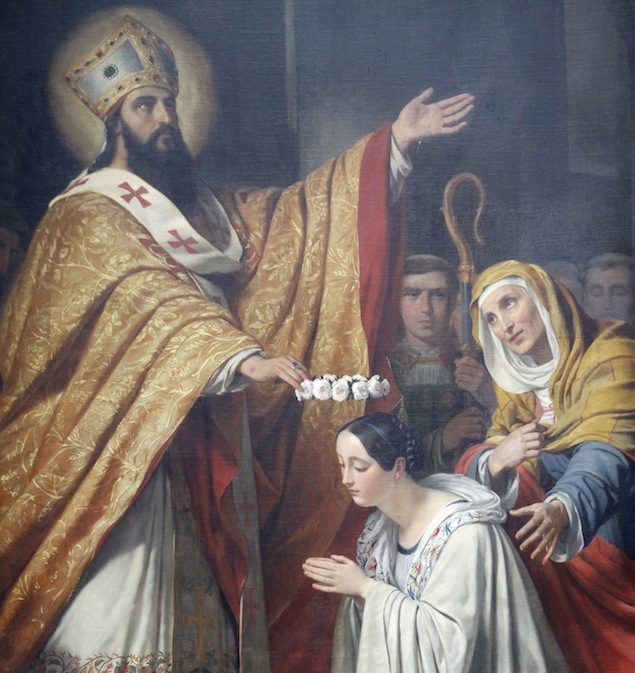 That’s because we imagine that practice has nothing to do with being good – and if it is involved, then it’s merely a route to being fake. We assume you just are good (or are not) but exercise is not involved. This seems profoundly mistaken. Just as we have physical muscles, so we have ethical ones, and they too must be put through their paces. Goodness has to be worked at.

In the ethical gym of the future, we might regularly be put through our paces. We would have to imagine life through another’s eyes, practice giving way in arguments, emulate the diplomacy and tact of paragons of patience and learn to deflect despair through calculated doses of hope.

There’s no scientific answer, but the key seems to be to have some kind of list with which to guide our efforts at being good. We all want better lives, until now, too few of us have shown much interest in being better people. 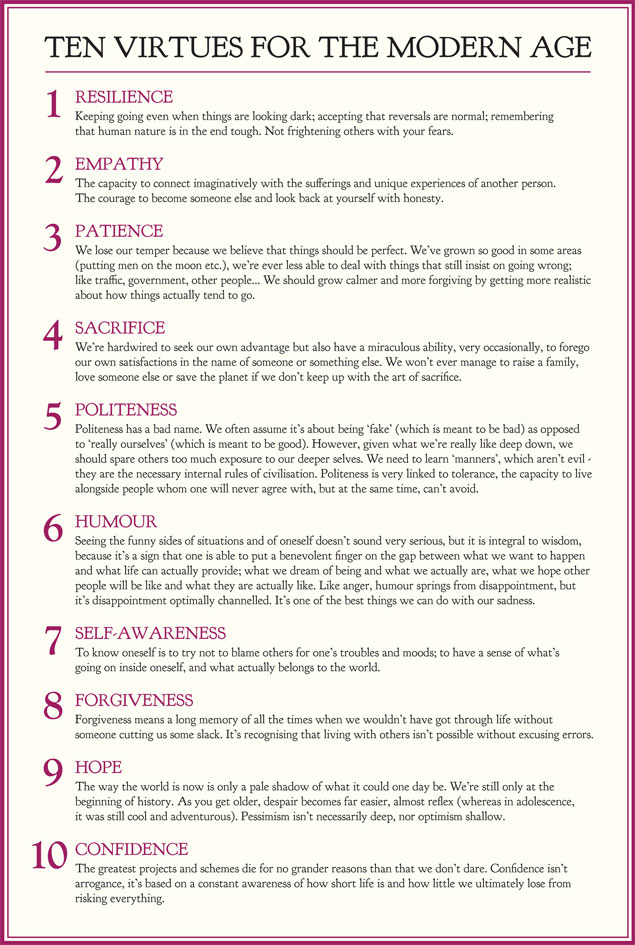