Augustine - The School Of Life

Augustine was a Christian philosopher who lived in the early 5th century AD on the fringes of the rapidly declining Roman Empire, in the North African town of Hippo (present day Annaba, in Algeria). He served as Bishop for over thirty years, proving popular and inspirational guidance to his largely uneducated and poor congregation. In his last days, a Germanic tribe known as the Vandals burnt Hippo to the ground, destroyed the legions, made off with the town’s young women but left Augustine’s cathedral and library entirely untouched out of respect for the elderly philosopher’s achievements. 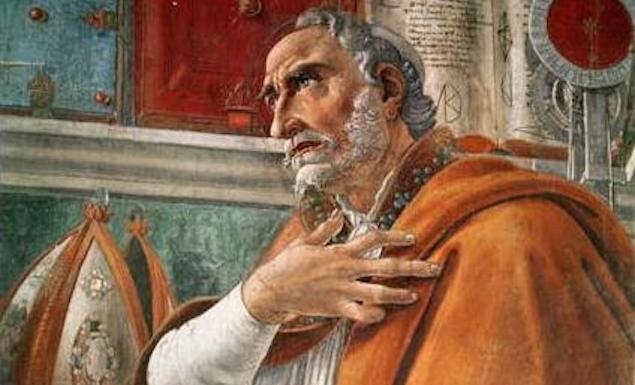 He matters to us non-Christians today because of what he criticised about Rome, its values and its outlook – and because Rome has so many things in common with the modern West, especially the United States, which so revered the Empire that it wanted its capital city on the Potomac to look as if it might have been magically transported from the banks of the Tiber. 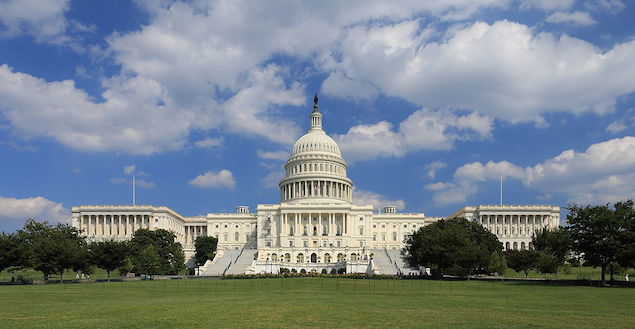 The Romans believed in two things in particular:

They were, on the whole, an optimistic lot. The builders of the Pont du Gard and the Coliseum had faith in technology, in the power of humans to master themselves, and in their ability to control nature and plot for their own happiness and satisfaction. In writers like Cicero and Plutarch, one finds a degree of pride, ambition and confidence in the future which, with some revisions, would not be out of place in Palo Alto or the pages of Wired. The Romans were keen practitioners of what we would nowadays call self-help, training their audiences to greater success and effectiveness. In their eyes, the human animal was something eminently open to being perfected. 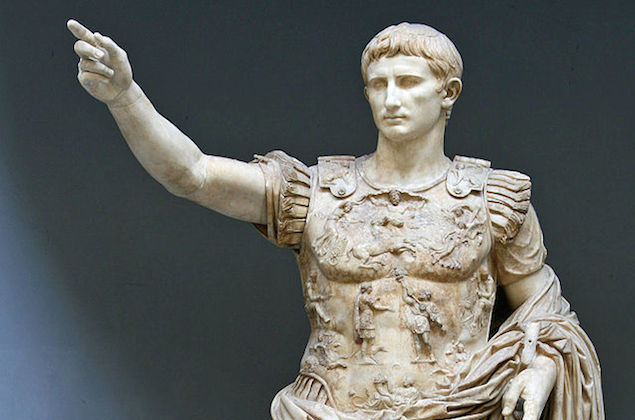 For long periods, the Romans trusted that their society was marked by justice: ‘justitia.’ Although inheritance was a major factor, they also believed that people of ambition and intelligence could succeed. The army was trusted to be meritocratic. The capacity to make money was held to reflect both practical ability and also a degree of inner virtue. Therefore, showing off one’s wealth was deemed honourable and a point of pride. Consumption was conspicuous; and fame a wholly respectable ideal. 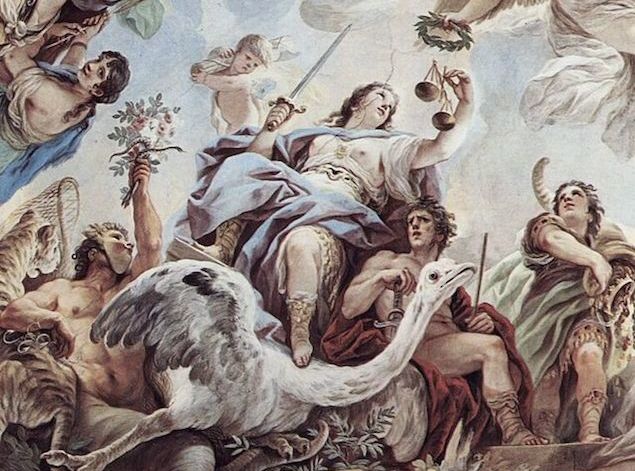 With these two attitudes in particular, Augustine disagreed furiously. In his masterpiece, The City of God, he dissected each one in turn in ways that continue to prove relevant to anyone who might harbour doubts of their own about them – even if his proposed solutions, drawn from Christian theology, will only ever appeal to believers. Augustine’s rebuttals ran like this:

i: We’re all lustful, mad, erratic, deluded deviants with no earthly chance of happiness

It was Augustine who came up with the idea of ‘Original Sin’. He proposed that all humans, not merely this or that unfortunate example, were crooked, because all of us are unwitting heirs to the sins of Adam. Our sinful nature gives rise to what Augustine called a ‘libido dominandi’, a desire to dominate, which is evident in the brutal, blinkered, merciless way we treat others and the world around us. We cannot properly love, for we are constantly undermined by our egoism and our pride. Our powers of reasoning and understanding are fragile in the extreme. Lust – a particular concern of Augustine’s, who had spent much of his youth fantasising about women in church – haunts our days and nights. We fail to understand ourselves, we chase fantoms, we are beset by anxieties… Augustine concluded his assault by chiding all those philosophers who ‘have wished, with amazing folly, to be happy here on earth and to achieve bliss by their own efforts.’ 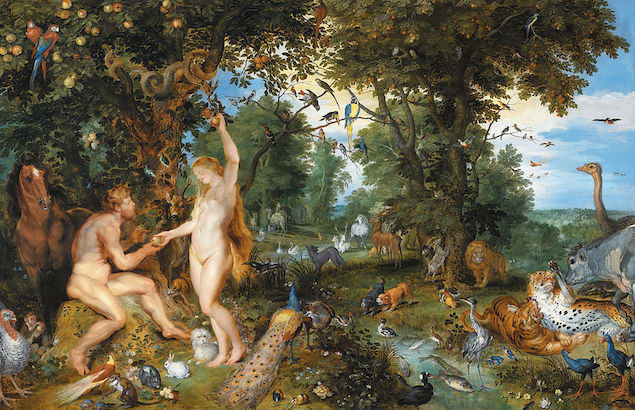 It might sound depressing, but it may turn out to be a curious relief to be told that our lives are awry not by coincidence but by definition, because we are human, and because nothing human can ever be made entirely straight (perfection being an exclusively prerogative of the divine). We are creatures fated to intuit virtue and love, while never quite being able to secure them for ourselves. Our relationships, careers, countries are necessarily not as we’d want them to be. It isn’t anything we have done – the odds have been stacked against us from the start.

Augustinian pessimism takes off some of the pressure we might feel (especially late at night, on Sunday evenings and at any time after forty) when we slowly come to terms with the imperfect nature of pretty much everything we do and are. We should not rage or feel that we have been persecuted or singled out for undue punishment. It is simply the human condition, the legacy of what we might as well, even if we don’t believe in Augustine’s theology, call ‘Original Sin’.

ii. All hierarchies are unfair; there is no social justice; those at the top naturally won’t all be good or those at the bottom bad – and vice versa

Romans had – in their most ambitious moments – thought themselves to be running a society with some strongly meritocratic features.. Family tended to influence opportunity but you couldn’t get near the top just on that, you had to rely on the genuine virtues and abilities of your own. Above all they saw the grandeur of the Roman State as a sign of the collective merits of the Roman population. They ruled large parts of the earth because they deserved to. Their Empire was the reward for their virtue. It’s a hugely tempting view today for those on the inside of successful corporations or states –  to see their great prosperity and power as the just reward for collective merit. 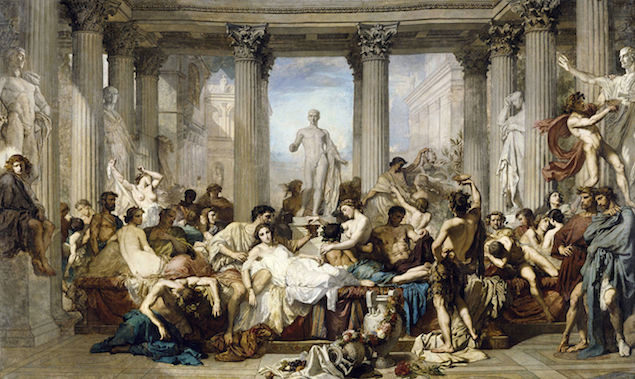 Thomas Couture, Romans during the Decadence, 1847

What arrogant, boastful and cruel claims, responded Augustine. There never was nor could ever be ‘justitia’ in Rome or anywhere else on earth. God didn’t give good people wealth and power – nor did he necessarily condemn those who lacked them to poverty. The social order was a complete muddle of the deserving and the undeserving – and moreover, any attempt by human beings to judge who was a good person and who a bad one, was a gross sin, an attempt to appropriate a task that only God could carry out, and would do so only at the end of time, on the day of Judgement, to the sound of trumpets and phalanxes of angels.

Augustine distinguished between what he called two cities, the City of Men and the City of God. The latter was an ideal, a heavenly paradise, where the good would finally dominate, where power would be properly allied to justice and where virtue would reign. But men could never build such a city, and should never believe themselves capable of doing so. They were condemned to dwell only in the City of Men, which was a pervasively flawed society, where money could never accurately track virtue. In Augustine’s formulation: ‘True justice has no existence save in that republic whose founder and ruler is Christ.’ That is, the fully fair distribution of reward is not something we can or should expect on earth. 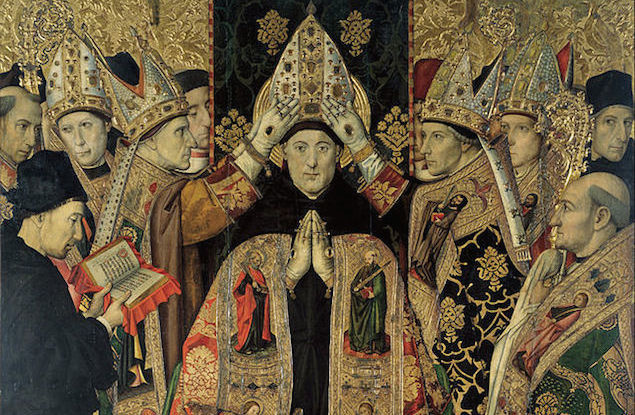 Again, it may sound bleak, but it makes Augustine’s philosophy extremely generous towards failure, poverty and defeat – our own and that of others. Unlike what the Romans might claim, earthly failure is no indication of being an inherently bad person – just as success can’t mean anything too profound either. It is not for humans to judge each other by outward markers of success. From this analysis flows a lack of moralism and snobbery. It is our duty to be sceptical about power and generous towards failure.

We don’t need to be Christians to be comforted by both these points. They are the religion’s universal gifts to political philosophy and human psychology. They stand as permanent reminders of some of the dangers and cruelties of believing that life can be made perfect or that poverty and obscurity are reliable indicators of vice.