Auguste Comte - The School Of Life

Though we tend to think of atheists as not only unbelieving but also hostile to religion, we should remember a tradition of atheistic thinkers who have tried to reconcile a suspicion of the supra-natural side of religion with a deep sympathy for its ritualistic aspects. The most important and inspirational of these was the visionary, eccentric French nineteenth-century sociologist Auguste Comte. 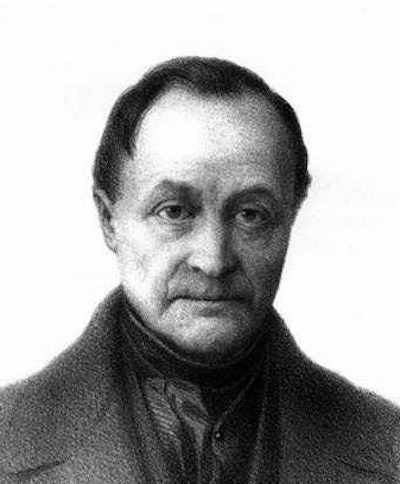 Comte was born into a strict Catholic family in Montpellier in Southern France in 1798. As a young man, he received a highly progressive education, and became obsessed with the idea of building a new kind of France based around science and republicanism. His family violently disagreed and broke off relations with him – so he went to live in Paris where he became a student of and later secretary to the utopian thinker Henri de Saint-Simon. But Comte had a quarrelsome nature and fell out with Saint-Simon, failed to get a university post and for the rest of his life maintained a precarious existence writing dense, often unreadable works about the reform of humanity. He was only intermittently sane, spending long periods in asylums and in 1827, attempted suicide by jumping off the Pont des Arts. In 1844, he fell deeply in love with a married woman called Clotilde de Vaux, though the relationship was never consummated. After her premature death, Comte made his love for Clotilde into one of the centrepieces of his thinking on religion. Though a deeply eccentric man, he did manage to gain the trust and interest of the British philosopher John Stuart Mill, who admired his efforts around religion – and helped Comte to be better known in Britain. 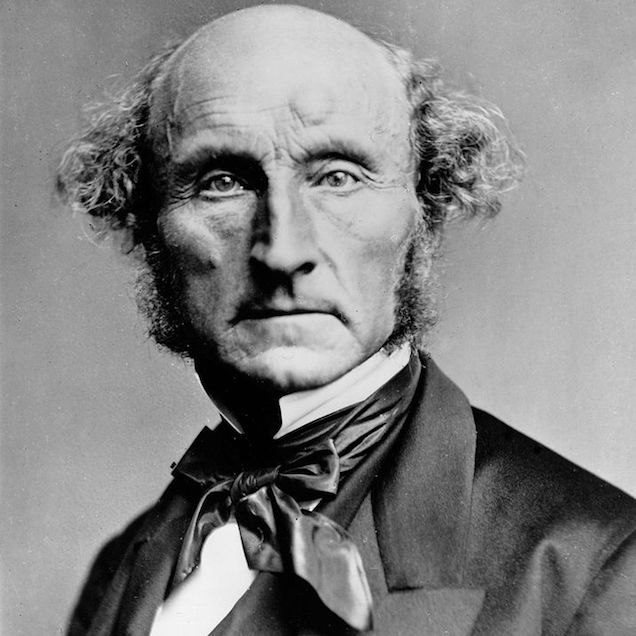 Comte’s thinking on religion had, as its starting point, a characteristically blunt observation that in the modern world, thanks to the discoveries of science, it would no longer be possible for anyone intelligent to believe in God. Faith would henceforth be limited to the uneducated, the fanatical, women, children and those in the final months of incurable diseases. At the same time, Comte recognised, as many of his more rational contemporaries did not, that a secular society devoted solely to financial accumulation and romantic love and devoid of any sources of consolation, transcendent awe or solidarity would be prey to untenable social and emotional ills.

Comte’s solution was neither to cling blindly to sacred traditions nor to cast them collectively and belligerently aside, but rather to pick out their more relevant and secular aspects and fuse them together with certain insights drawn from philosophy, art and science. The result, the outcome of decades of thought and the summit of Comte’s intellectual achievement, was a new religion, a religion for atheists or, as Comte termed it, a religion of humanity, an original creed expressly tailored to the emotional and intellectual demands of modern man, rather than the inhabitants of Judea or northern India in 400 B.C. 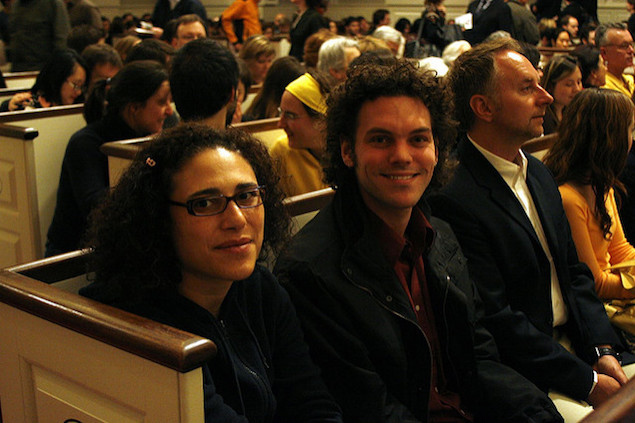 Comte presented his new religion in two volumes, the Summary Exposition of the Universal Religion and the Theory of the Future of Man. He observed that traditional faiths tended to cement their authority by providing people with daily, and even hourly schedules of who or what to think about, rotas typically pegged to the commemoration of a holy individual or supernatural incident. So he announced a calendar of his own, animated by a pantheon of secular heroes and ideas. In the religion of humanity, every month would be devoted to the honouring of an important field of endeavour – for example, marriage, parenthood, art, science, agriculture – and every day to an individual who had made a valuable contribution within these categories.

Comte was impressed by the way that traditional religions had disseminated moral guidance, for example, dictating principles for how to conduct oneself in a marriage or fulfill one’s duties to the community – and he lamented that modern liberal governments, in their desire to prove inoffensive to all constituencies, had settled on merely offering factual instruction before letting people out into the world to destroy themselves and others through their egoism and self-ignorance. Therefore, in Comte’s religion of humanity, there would be classes and sermons to help inspire one to be kind to spouses, patient with one’s colleagues and compassionate towards the unfortunate. 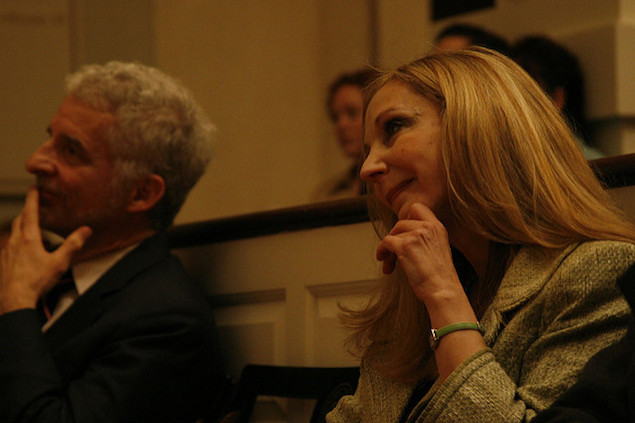 He also recognised how badly we all need consolation and proposed that his girlfriend, Clotidle, take the function previously accorded to the Virgin Mary in Catholicism. Portraits of Clotidle were to be placed everywhere in the new religion, and – when one was down – one was invited to share one’s sorrows and weep in front of this vision of kindness and sympathy.

Because Comte appreciated the role that architecture had once played in bolstering the claims of traditional religion, he proposed the construction of a network of secular churches or as he called them, temples for humanity. He suggested that each one be paid for by a banker, whose bust would appear above the door in recognition of his generosity (rather than resenting bankers, Comte thought it wiser to coax them into supporting good causes, as medieval merchants had successfully been inveighed upon to help fund cathedrals). Inside the temples of humanity, there would be lectures, singing, celebrations and public discussions while around the walls, sumptuous works of art would commemorate the greatest moments and finest men and women of history. Finally, above the west-facing stage, there would be a large aphorism, written in golden letters, invoking the congregation to adopt the essence of Comte’s philosophico-religious world-view: ‘Connais toi pour t’améliorer,’ ‘Know yourself to improve yourself’.

Regrettably, Comte’s complex, thought-provoking and often deranged project was felled by a host of practical obstacles. Ridiculed by both atheists and believers, ignored by public opinion, devoid of funds, Comte fell into despair and self-pity. He took to writing long and frightening letters in defence of his scheme to monarchs and industrialists across Europe, including Louis Napoleon, Queen Victoria, the Crown Prince of Denmark, the Emperor of Austria, three hundred bankers and the head of the Paris sewage system – but few offered money, let alone replies. Without seeing any of his proposals take hold, Comte died at the age of fifty-nine in 1857.

Nevertheless, like Jesus, Comte was well served by his followers and in the decades after his death, his religion made some notable advances. La Chapelle de l’Humanité was opened at 5 rue de Payenne in Paris where it still stands today and became a well-known venue for secular baptisms, funeral services, weddings and sermons. The religion crossed the Channel, where it acquired five thousand adherents, led with rare energy by a former Oxford don, Richard Congreve. In 1878, with the help of a legacy from an aunt, Congreve opened the Church of Humanity in Lamb’s Conduit’s Street in London, where secular services were held every Sunday morning. ‘We gratefully commemorate the beauty of mother earth,’ began one example, which Congreve delivered in a white tunic with a chain around his neck bearing Comte’s image on one side, Plato’s on the other, ‘We meet as believers in Humanity. We use all that the past can offer us by way of wise utterances – poems or music, the religious writings of the east or west – but we admit of no revelation and no being outside of man. We consider all to have been written or spoken to men like ourselves by men like ourselves’. Services ended with a prayer to Comte: ‘Great teacher and Master, revealer of Humanity, prophet of the future, founder of the one universal religion’. 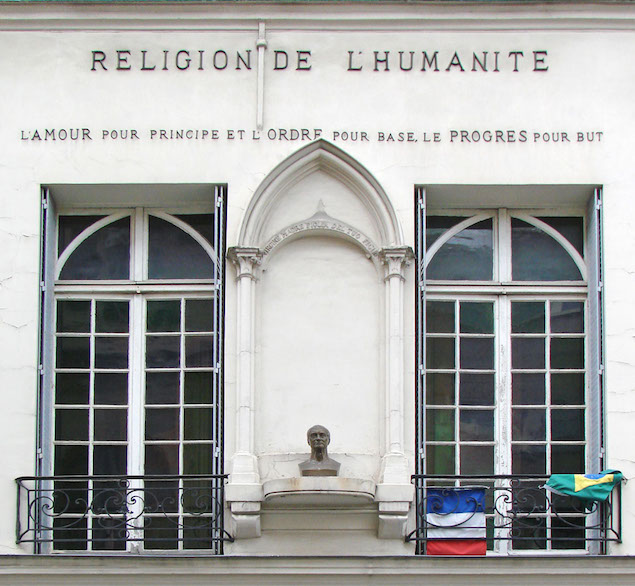 Comte’s religion had even greater success in Brazil, where it was put into practice by some students that Comte had taught in Paris in the 1840s. A Templo da Humanidade opened in Rio in 1890 and others followed in Sao Paulo and Curitiba. Unfortunately, infighting among the leadership (connected to doctrinal squabbles about the place of Western authors in their liturgy) meant that the movement failed to grow into a truly popular religion and yet it acquired a small and permanent place in Brazil’s spiritual life. To this day, every Sunday morning in Rio de Janeiro, at 74 Rua Benjamin Constant, audiences – who make up in intensity what they lack for in numbers – arrive at the Templo da Humanidade to draw sustenance from the teachings of a Parisian sociologist’s unusual secular religion.

Whatever its shortcomings, Comte’s religion is hard to dismiss entirely, for it identified a psychic space in atheistic society which continues to lie fallow and to invite resolution. Comte’s work was an attempt to rescue some of what is beautiful, touching, reasonable and wise from what no longer seems true. For these reasons and more, it is extremely timely.