On the Madness and Charm of Crushes - The School Of Life

On the Madness and Charm of Crushes

You are introduced to someone at a conference. They look nice and you have a brief chat about the theme of the keynote speaker. But already, partly because of the slope of their neck and a lilt in their accent, you have reached an overwhelming conclusion. Or, you sit down in the carriage – and there, diagonally opposite you – is someone you cannot stop looking at for the rest of a journey across miles of darkening countryside. You know nothing concrete about them. You are going only by what their appearance suggests. You note that they have slipped a finger into a book (The Food of the Middle East), that their nails are bitten raw, that they have a thin leather strap around their left wrist and that they are squinting a touch short-sightedly at the map above the door. And that is enough to convince you. Another day, coming out of the supermarket, amidst a throng of people, you catch sight of a face for no longer than eight seconds and yet here too, you feel the same overwhelming certainty – and, subsequently, a bittersweet sadness at their disappearance in the anonymous crowd.

Crushes: they happen to some people often and to almost everyone sometimes. Airports, trains, streets, conferences – the dynamics of modern life are forever throwing us into fleeting contact with strangers, from amongst whom we pick out a few examples who seem to us not merely interesting, but more powerfully, the solution to our lives. This phenomenon – the crush – goes to the heart of the modern understanding of love. It could seem like a small incident, essentially comic and occasionally farcical. It may look like a minor planet in the constellation of love, but it is in fact the underlying secret central sun around which our notions of the romantic revolve.

A crush represents in pure and perfect form the dynamics of romantic philosophy: the explosive interaction of limited knowledge, outward obstacles to further discovery – and boundless hope.

The crush reveals how willing we are to allow details to suggest a whole. We allow the arch of someone’s eyebrow to suggest a personality. We take the way a person puts more weight on their right leg as they stand listening to a colleague as an indication of a witty independence of mind. Or their way of lowering their head seems proof of a complex shyness and sensitivity. From a few cues only, you anticipate years of happiness, buoyed by profound mutual sympathy. They will fully grasp that you love your mother even though you don’t get on well with her; that you are hard-working, even though you appear to be distracted; that you are hurt rather than angry. The parts of your character that confuse and puzzle others will at last find a soothing, wise, complex soulmate.

The answer to life

In elaborating a whole personality from a few small – but hugely evocative – details, we are doing for the inner character of a person what our eyes naturally do with the sketch of a face. 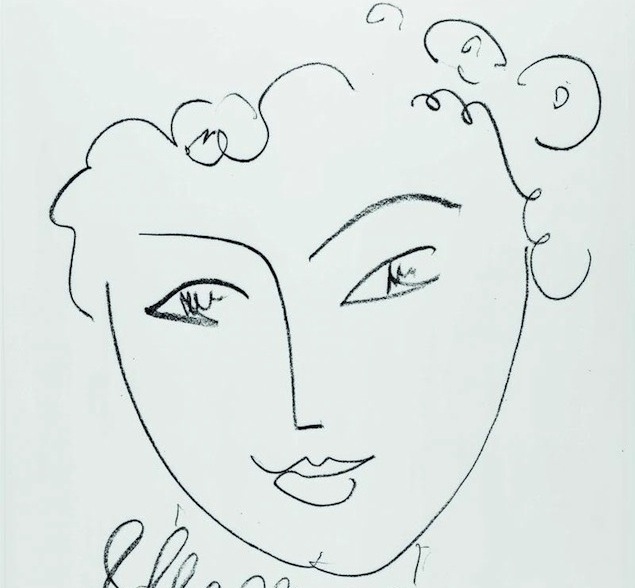 We don’t see this as a picture of someone who has no nostrils, eight strands of hair and no eyelashes. Without even noticing that we are doing it, we fill in the missing parts. Our brains are primed to take tiny visual hints and construct entire figures from them – and we do the same when it comes to character. We are – much more than we give ourselves credit for – inveterate artists of elaboration. We have evolved to be ready to make quick decisions about people (to trust or withhold, to fight or embrace, to share or deny) on the basis of very limited evidence – the way someone looks at us, how they stand, a twitch of the lips, a slight movement of the shoulder – and we bring this ingenious but fateful talent to situations of love as much to those of danger.

The cynical voice wants to declare that these enthusiastic imaginings at the conference or on the train, in the street or in the supermarket, are just delusional; that we simply project a false, completely imaginary idea of identity onto an innocent stranger. But this is too sweeping. We may be right. The wry posture may really belong to someone with a great line in scepticism; the head tilter may be unusually generous to the foibles of others. The error of the crush is more subtle, it lies in how easily we move from spotting a range of genuinely fine traits of character to settling on a recklessly naive romantic conclusion: that the other across the train aisle or pavement constitutes a complete answer to our inner needs.

The primary error of the crush lies in overlooking a central fact about people in general, not merely this or that example, but the species as a whole: that everyone has something very substantially wrong with them once their characters are fully known, something so wrong as to make an eventual mockery of the unlimited rapture unleashed by the crush. We can’t yet know what the problems will be, but we can and should be certain that they are there, lurking somewhere behind the facade, waiting for time to unfurl them.

How can one be so sure? Because the facts of life have deformed all of our natures. No one among us has come through unscathed. There is too much to fear: mortality, loss, dependency, abandonment, ruin, humiliation, subjection. We are, all of us, desperately fragile, ill-equipped to meet with the challenges to our mental integrity: we lack courage, preparation, confidence, intelligence. We don’t have the right role models, we were (necessarily) imperfectly parented, we fight rather than explain, we nag rather than teach, we fret instead of analysing our worries, we have a precarious sense of security, we can’t understand either ourselves or others well enough, we don’t have an appetite for the truth and suffer a fatal weakness for flattering denials. The chances of a perfectly good human emerging from the perilous facts of life are non-existent. Our fears and our frailties play themselves out in a thousand ways, they can make us defensive or aggressive, grandiose or hesitant, clingy or avoidant – but we can be sure that they will make everyone much less than perfect and at moments, extremely hard to live with.

We don’t have to know someone in any way before knowing this about them. Naturally, their particular way of being flawed (very annoying) will not be visually apparent and may be concealed for quite long periods. If we only encounter another person in a fairly limited range of situations (a train journey, rather than when they are trying to get a toddler into a car seat; a conference, rather than 87 minutes into a shopping trip with their elderly father) we may, for a very long time indeed (especially if we are left alone to convert our enthusiasm into an obsession because they don’t call us back or are playing it cool), have the pleasure of believing we have landed upon an angel.

A mature person thinks, not, ‘There’s nothing good here’, but rather ‘The genuinely good things will – inevitably – come mixed up with really terrible things’

Maturity doesn’t suggest we give up on crushes. Merely that we definitively give up on the founding romantic idea upon which the Western understanding of relationships and marriage has been based for the past 250 years: that a perfect being exists who can solve all our needs and satisfy our yearnings. We need to swap the Romantic view for the Tragic Awareness of Love, which states that every human can be guaranteed to frustrate, anger, annoy, madden and disappoint us – and we will (without any malice) do the same to them. There can be no end to our sense of emptiness and incompleteness. This is a truth chiselled indelibly into the script of life. Choosing who to marry or commit ourselves to is therefore merely a case of identifying which particular variety of suffering we would most like to sacrifice ourselves for, rather than an occasion miraculously to escape from grief.

We should enjoy our crushes. A crush teaches us about qualities we admire and need to have more of in our lives. The person on the train really does have an extremely beguiling air of self-deprecation in their eyes. The person glimpsed by the fresh fruit counter really does promise to be a gentle and excellent parent. But these characters will, just as importantly, also be sure to ruin our lives in key ways, as all those we love will.

A caustic view of crushes shouldn’t depress us, merely relieve the excessive imaginative pressure that our romantic culture places upon long-term relationships. The failure of one particular partner to be the ideal Other is not – we should always understand – an argument against them; it is by no means a sign that the relationship deserves to fail or be upgraded. We have all necessarily, without being damned, ended up with that figure of our nightmares, ‘the wrong person.’

Romantic pessimism simply takes it for granted that one person should not be asked to be everything to another. With this truth accepted, we can look for ways to accommodate ourselves as gently and as kindly as we can to the awkward realities of life beside another fallen creature, for example, never feeling that we have to spend all of our time with them, being prepared for the disappointments of erotic life, not insisting on complete transparency, being ready to be maddened and to madden, making sure we are allowed to keep a vibrant independent social life and maintaining a clear-eyed refusal to act on sudden desires to run off with strangers on trains… A mature understanding of the madness of crushes turns out to be the best and perhaps the only solution to the tensions of long-term love.

If we tried to put a crush into practice and settled down with this individual (as our fantasy prompts) we’d find all this out soon enough. In order to enjoy a crush we have to understand that that is what it is. If we think that we are in fact encountering a person who will make us happy, who will actually be the ideal person to live and grow old with we are – inadvertently – destroying the specific satisfaction the crush brings. The pleasure depends on our recognising that we are imagining an ideal person, not really finding one.

To crush well is to realise that the lovely person we sketch in our heads is our creation: a creation that says more about us, than about them. But what it says about us is important. The crush gives us access to our own ideals. We may not really be getting to know another person properly, but we are growing our insight into who we really are.