On Fakes and Originals - The School Of Life

On Fakes and Originals

Fake, copy, pastiche, forgery, reproduction. Many of the most bitter insults of the art world are designed to denigrate anything which is not the actual product of the master’s hand.

People will make a special trip to Milan and stand in long queues to see the original Last Supper painted by Leonardo da Vinci himself. If that work was ever to come up for sale – which in itself would be considered an outrage – the sums involved would be utterly gigantic. 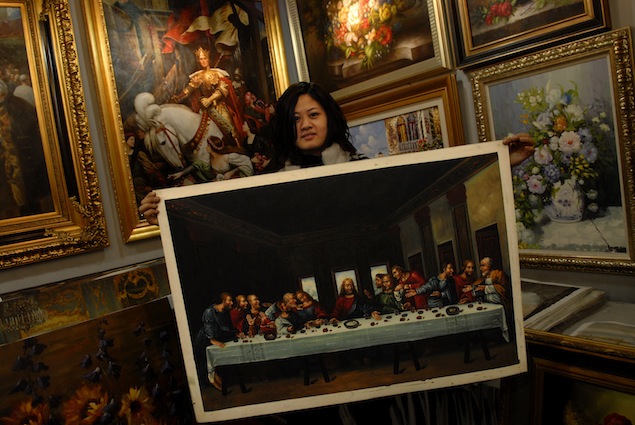 Just as useful as the original

The reproduction from a factory in the outskirts of Shenzhen, China, can be had for the price of a swanky new toaster. Its status is correspondingly very low indeed. If you had the original in your house, the most glamorous people in the world would want to be your friends. But if you display the copy, art world insiders will smirk and regard you as cultural low-life.

We’ve uncritically absorbed the idea that copies are worthless, deeply embarrassing kitsch. The nightmares of curators and gallery directors are haunted by copies. Hang a reproduction by mistake and your career is over.

But why? Why are copies always supposed to be so terrible? Even asking this straightforward question is suspect.

Sometimes, of course, a copy is truly terrible. It mucks up all the details, it gets proportions weirdly wrong, the colours become garish. But not always.

Ultra high quality reproductions of Wheatfield under Thunderclouds, based on the original in the Van Gogh Museum in Amsterdam. You couldn’t possibly tell it apart from the original, unless you used a microscope.

What if it’s a really good copy? What if the details are faithful? What if the proportions are harmonious and the colours lovely? A well-made reproduction carries 99% of the meaning of the original. And maybe that’s all that really matters to us.

A postcard transmits a great deal of the original too. And if we’re honest we have to admit that quite often it’s the postcard that moves us later, while we didn’t feel or think anything very much when we stood gingerly in front of the original in the gallery, jostling for elbow room.

A huge fan of copies, Johann Wolfgang von Goethe – a central character of Western civilisation – had big reproductions of his favourite paintings in his dining room

Copying can be good. We should be proud to display copies in our homes and public galleries. We should stop being so unreasonably obsessed with whether something is the original prototype. Our culture has spent a lot of time thinking about what can go wrong around copies. But the potential benefits and advantages of copying works of art have not been recognised. 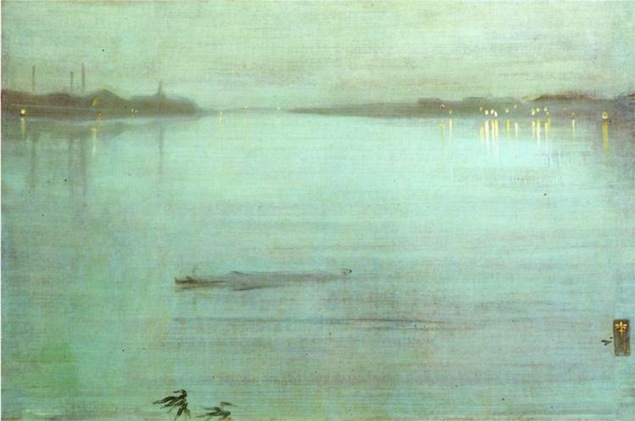 We’ve come to think that art belongs in art galleries and thereby condemned ourselves to encountering works at times dictated by museum opening hours and holiday schedules. We hardly ever get enraged in Tate Britain. So we’re unlikely ever to have direct need of Whistler’s immensely calming vista of fog, water and evening lights when we actually see it in the gallery. So it would be very much better if we could hang a copy of this work in the kitchen or by the bathroom door – places where angst has a tendency to congeal.

Art works have therapeutic power. But usually this passes us by. Not because we are insensitive or unworthy. But for a more basic reason. Their messages are hitting us at the wrong time – at moments when we’ve no need of them – like adverts for winter coats on the first day of spring.

Copying is the much-needed solution to this problem, because copies allow us to locate these important, beneficial images in the places where we can encounter them in our times of need. 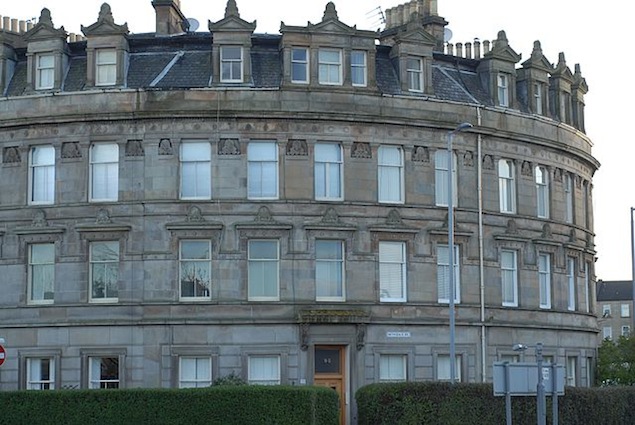 Sadly it’s unique. There should be thousands just like it

The art world tends to stress rarity and uniqueness as very desirable. It’s an understandable attitude (money and jobs depend on it). But it’s also really unfortunate for the rest of us. Because ideally the best things would be in plentiful supply.

It’s tempting to praise the Strathbungo Tenements in Glasgow as a unique, dignified and noble way of grouping one and two bedroom flats together in a single building. But actually it’s a terrible pity that there’s just one building like this. The city would have been very well served if this had been widely copied. If it had become normal, rather than unusual, for communal buildings to look this good.

Copying the masterpieces increases the supply of good things; it brings down the price; it makes them more widely available. Rarity yields status for the very few, but is has nothing to offer a society as a whole. 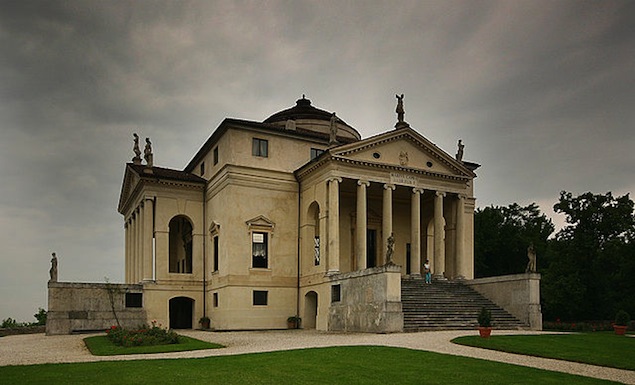 Villa Rotonda: When you copy, you can chop and change as well

Andrea Palladio is one of the greats of Italian architecture. He was also great at copying. He didn’t invent the front of his best house, the Villa Rotonda. He just reproduced an existing model. 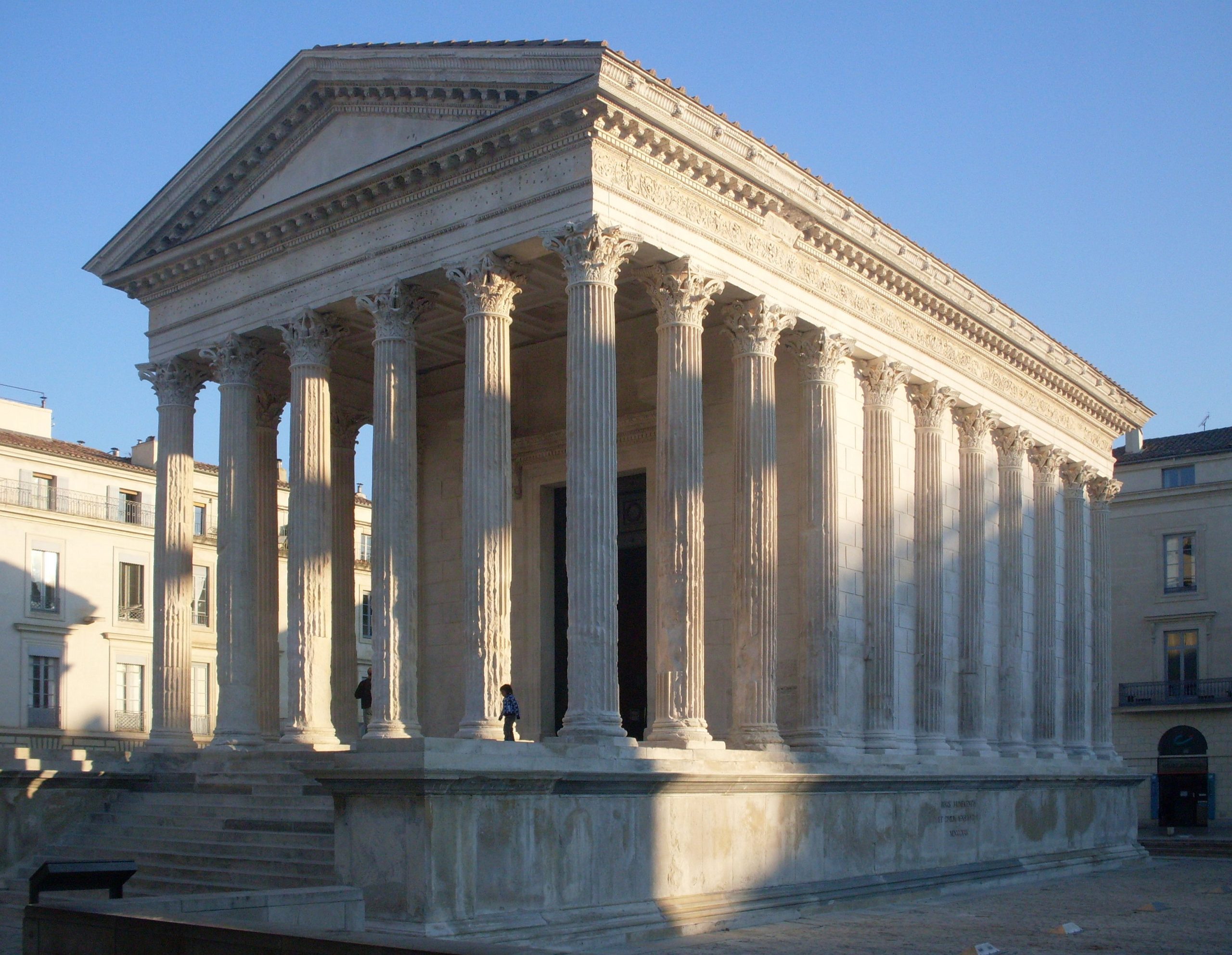 Copy the front but make the back nicer, and change the colour too

But he didn’t merely copy. He helped his clients customise. They really liked the columns at the front of ancient, and much revered, Roman temples. But the rest was a bit inconvenient. They weren’t daunted. They weren’t too pious. They felt free – guided by Palladio – to chop and change. It’s the basic lesson of the Renaissance. Copy what you really admire and adapt the rest to suit your needs. Make it comfortable. Yet when the same argument is run about paintings, the art world gets hysterical. It’s one of the things that bothers sophisticated people about the Chinese painting factory.

Imagine you like the Mona Lisa, but the background doesn’t work for you. So, change the colour of the mountains. It sounds terrible to some people. But in principle it is like Palladio’s attitudes to Roman temples: I like the front, but don’t much care for the sides…

Shakespeare had a similar attitude to traditional stories. He thought nothing of changing a bit here and there so the narrative would work better for a modern audience. This is the classical attitude to culture. It’s yours to refine, adapt and improve. Because you want and need a lot from it, it’s not just about preserving the past, it’s about adapting things for the present. 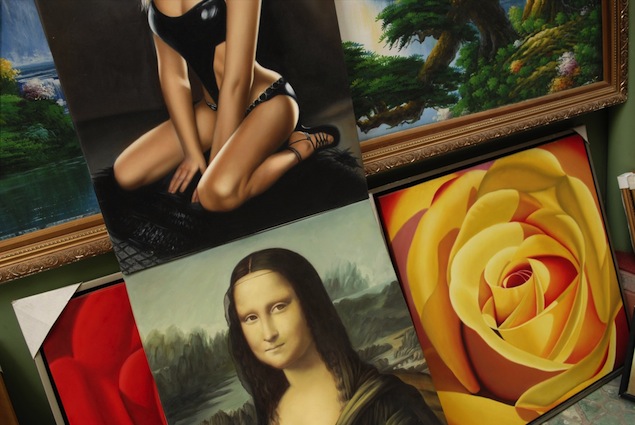 We get negative about copying in part because we’re not so sure what we really want from art. But in fact the point of art is to help us live our lives more wisely and with greater poise. Once we recognise that art has a purpose – a great and useful purpose – we can get less bothered about the difference between the original and a copy. Because, thankfully, a copy might do just as well.