The Sorrows of Colleagues - The School Of Life

The Sorrows of Colleagues

One of the most frightening aspects of working life is that we will, unless we are the beneficiaries of extreme good fortune, be required to have colleagues. The colleague is a creature who, endured over any length of time in situations of high stress and procedural complexity, presents one of the greatest threats to calm, composure and soundness of mind.

It is a noteworthy that, in the nineteenth century, one specific working environment developed into a hugely popular subject for painters: the artist’s studio. Archetypal paintings of studios showed high ceilinged rooms with large windows, views over neighbouring rooftops, sparse furniture, messy tables covered in tubes of paint and half finished masterpieces propped up against the walls.  There was one additional factor that particularly enticed the collective imagination: there was no one in the studio apart from the artist. At exactly the time when more and more people were being gathered into ever larger offices and experiencing for the first time all the attendant compromises and constrictions, there grew a craving for paintings of an alternative utopia, a place of work consolingly free of the damnable presence of the colleague. 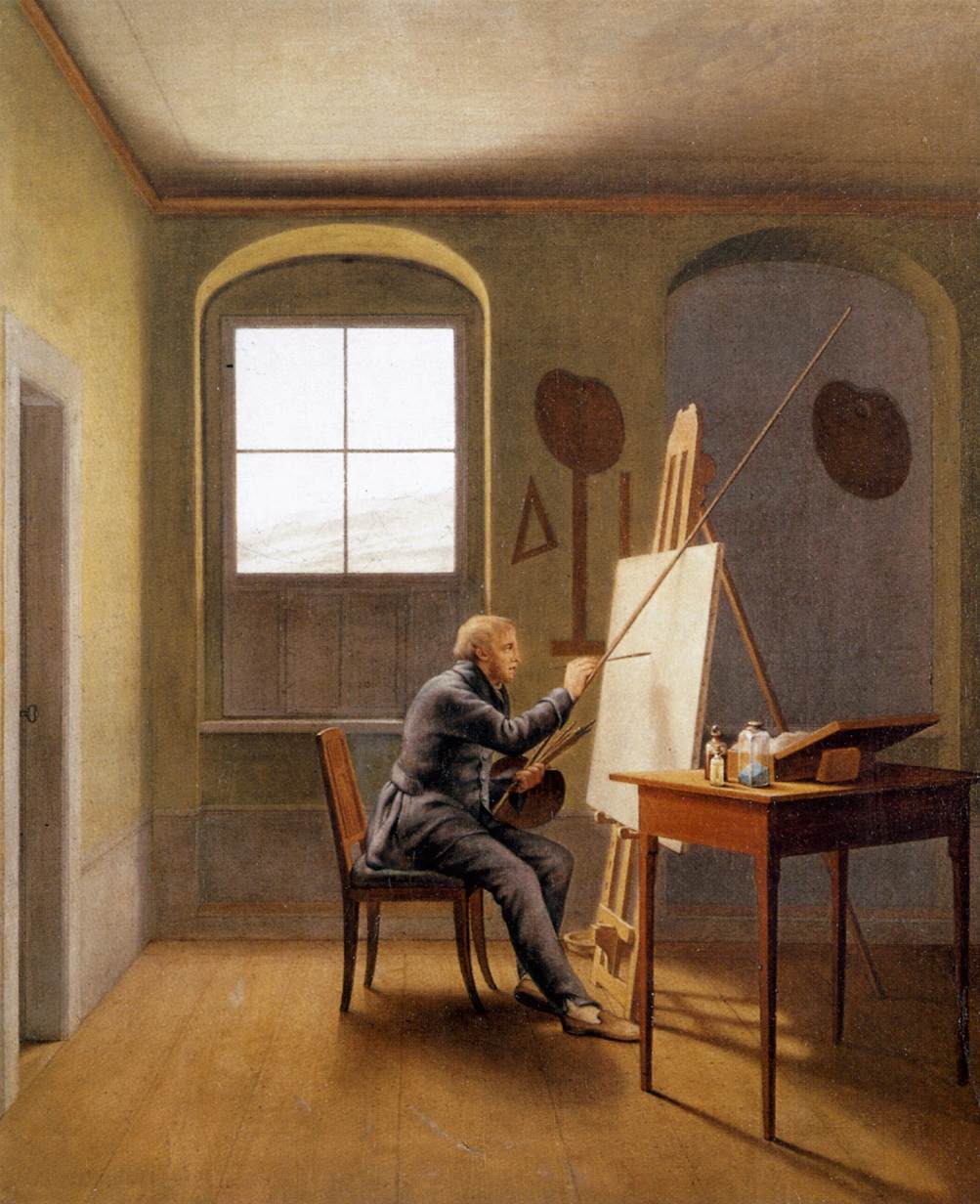 We’ve ended up in offices not by bad luck, but by the unavoidable fact that the mighty tasks of modern capitalism simply cannot be undertaken on one’s own. It remains (sadly) impossible to run an airline or manage a bank solo.

The problem with colleagues begin with the fundamental yet hugely tricky challenges associated with trying to communicate the content of one’s mind to another person. When we are doing things by ourselves, the flow of information is immediate and friction-free. If we could listen in to our inner monologues, they would be made up of a baffling speedy series of assertions and jumbled words: ‘narr, yes. come on! Do it till then, after no more. Ah, nearly, nononono, back…. OK got it got it… NO. Yes. That’s fine. So.’

But when we collaborate, we must laboriously turn the stream of consciousness (which only we can follow) into unwieldy externally-comprehensible messages. We have to translate feelings into language, temper our wilder impulses, affix paragraphs to intuitions – all in order to generate prompts and suggestions that have a chance of being effective in the minds of other people.

By a horrid quirk of psychology, others simply can’t by instinct alone understand what we need and want – though it can seem as though surely they must. The realisation that other people are not like us and can’t guess what we want takes a long time to sink in – and the idea perhaps always remains a bit foreign and unjust. In their earliest days, babies simply don’t realise that their mothers are in fact separate beings – and so get very frustrated when these reluctant appendages don’t by magic obey their unstated wishes. Only after a long and very difficult process of development (if ever) can a child realise that a parent is truly a distinct individual – and that in order to make themselves understood by them, they will have to do more than grunt and imagine solutions in their heads. It can be the work of a lifetime, in which the office occupies a particularly painful passage, to gradually accept the impossibility of mutual mind reading. 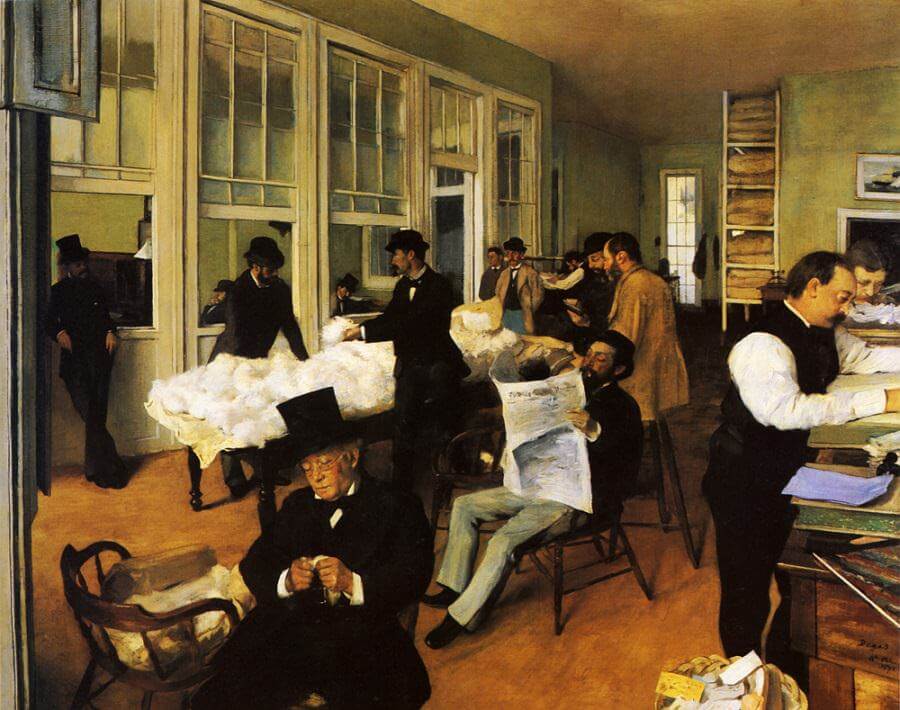 If this were not bad enough, many colleagues are at high risk of not sharing our underlying vision of what should be done. They have contrary opinions, their own quirks, pet peeves and obsessive interests. To get our point across and assuage their resistance requires us to deploy a battery of diplomatic skills. At the very moment when – agitated and overwhelmed – we would ideally like simply to shout or bark, it turns out we have no option but to charm.

This is because the colleague is, on top of it all, extremely sensitive. They will – unless they are spoken to correctly – become offended, develop grudges, start to cry or report one to a superior.

The imperative to be pleasant at work is a novel one we are still getting used to. In the olden days, brusqueness used to be the norm: it was a good way to get people to turn a boat swiftly starboard, push coal trolleys faster, or increase the rate of production at the blast furnace in a steel mill. When most work was physical, management could be abrupt; workers could feel underappreciated or bullied and nevertheless be able to perform their required tasks to perfection. Emotional distress didn’t hold things up. One could still operate the brick making machine at maximum speed, even if one hated the manager, or clean out the stables thoroughly even if one felt the foreman hadn’t enquired deeply enough into the nature of one’s weekend.

But nowadays, most jobs require a high degree of psychological well-being in order to be performed adequately. A wounding comment can destroy a person’s productivity for a whole day. Without ample respect, recognition and encouragement, huge sums of money will be wasted in silently resentful moods. If one has any concern for the bottom line, one has no alternative but to try to be a bit nice.

At the same time, the inability to speak frankly has its own enormous cost. A huge amount of valuable information that should make its way around a company is held back by the imperative not to cause offence. One holds one’s tongue because one is scared to upset juniors, to alienate colleagues and to ruin one’s relationships with superiors – and in the process, insights that might help an organisation to thrive stay locked in individual hearts.

Work relationships are no less tricky than romantic ones, but at least in the latter, we have a basic sense of security that enables one to speak one’s mind and make the necessary cathartic moves – to call them fuckwits and compress a range of ideas in the occasional expletive loaded outburst. The office environment misses out on the cleansing frankness seemingly possible only when two people know they will have the option of having sex together after the bust-up. 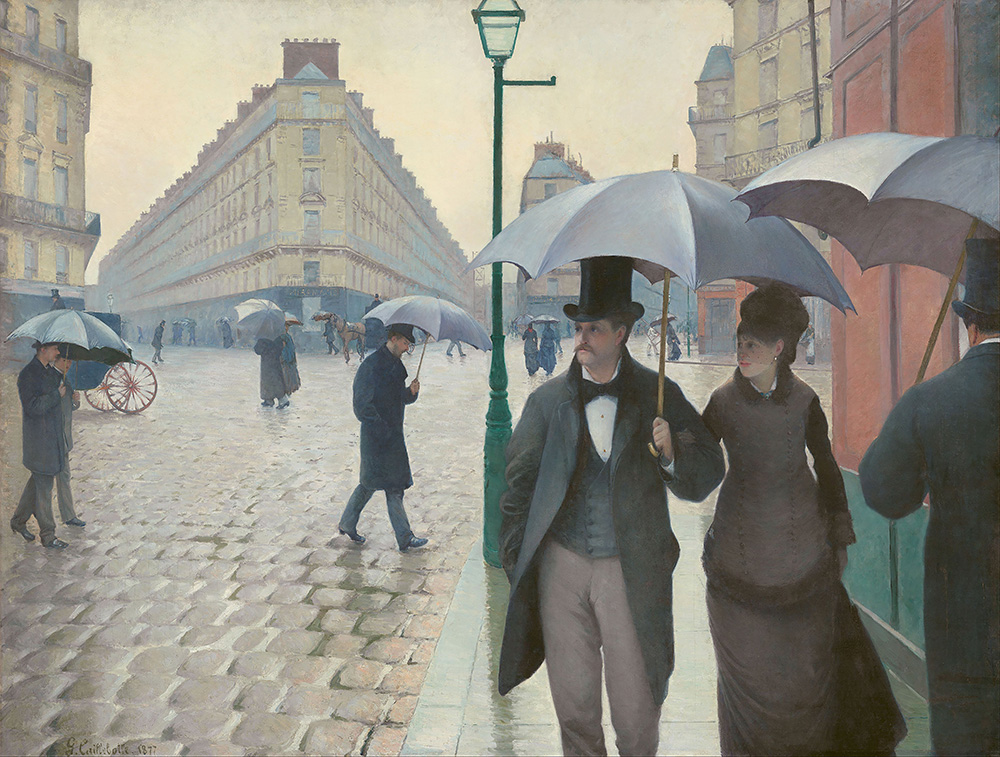 At the heart of our office agonies is the complaint that we seldom like our colleagues as people. In a better world, we would be unlikely ever to want to spend any time at all with such disturbing, and often unlikely, figures. We shouldn’t be surprised by our daily discomfort, given that these people were never picked out on the basis of psychological compatibility. We were formed into a unit because they had a range of technical and commercial competences necessary for a task – not because they were fun lunch companions or were graced with a pleasing manner. We are like the unfortunate bride in a power-marriage in the middle ages. A princess would be obliged to marry a certain prince because he owned an important lead mine or the archers in his country were especially proficient. It would have been nice if the two liked each other a bit as well, but the stakes would be too high for this to be a relevant factor. The success of the realm depended on such matters as access to raw materials and military strength, not on whether the partner had a maddening giggle or a daunting overbite.

There is yet another challenge posed by colleagues. Corporations and businesses are fundamentally hierarchical, with an ever smaller number of desirable, better rewarded places at the pinnacle. A naive outsider might imagine that career progression would be determined by clear, precise and public determinants of merit, probably of a technical or financial sort, akin to the straight-forward nature of the sort of examination results we all grew up with. But the reality is that in many occupations, no verifiable measure of performance is available. Factors of success are too numerous, opaque and shifting. What therefore decides who is promoted is not talent per se, but success at a range of dark psychological arts best summed up by the term ‘politics’.

Political skill has woefully little in common with the reasons we were trained and hired to do our jobs in the first place. We may, as part of a good business education, have spent years studying the way to navigate a balance sheet, analyse competitors, negotiate contracts, and administer a logistics chain. But when we reach the office, we will be confronted by other, less familiar kinds of challenges: the person at the desk opposite us with the charming manner who enthusiastically agrees with whomever they’re speaking to, yet who harbours a range of toxic reservations and privately pursues their own undeclared agenda; the person who responds to polite criticism or well-meaning feedback with immediate hurt and fury; the person who pretends to be our friend but knows exactly how to take the credit for our best efforts.

In such situations, the most unlovely qualities may turn out to be the most necessary ones: the capacity to quietly accept glory for things that were not truly our doing; to distance ourselves from errors in which we were in fact implicated; to subtly foreground the failings of otherwise quite able colleagues; to turn cold at key moments towards emotionally vulnerable superiors; to flatter while not appearing to do so; to mould our views to suit the currently ascendant attitudes.

Such grey, underhand strategies are not easy to pick up and they may feel plainly impossible for us to practice if we pride ourselves on being straightforward, direct or even just somewhat ethical. Yet we can be certain that any high-minded refusal of duplicity will carry a heavy cost indeed.

Our problems with the collegial nature of work are compounded, as ever, by the implication that matters should in fact be rather straightforward. Our inevitable difficulties are aggravated by notions that offices are at heart really giant families, that colleagues can be friends, that honesty is rewarded and that talent will win out. Kindly sentimentality is in the end, just a disguised version of cruelty. It might be a lot simpler if, in dark moments, we could simply admit to what we know in our hearts: that it would obviously be a great deal better if we could be shot of the whole business of colleagues and spend our days, as we used to so well, comfortably on the floor in our room assembling cargo planes, city car parks and picnics for families of bears.