We’re not necessarily involved in this kind of judgement ourselves – but we recognise the phenomenon in our society well enough: the more someone earns, the more they are likely to be admired by strangers; and perceived as interesting and exciting. Respect appears all too often to be directly awarded according to earnings. And, in a related move, if you don’t have much economic endorsement, it can be hard for your character or views to be taken seriously by your society.

It’s not a mystery that this relationship got established, because there are so many conspicuous cases where we find a genuine link between talent, effort, skill, contribution – and income. The most impressive examples involve the brilliant surgeon, the authors of Matilda and Harry Potter or the team behind the development of graphene. All these geniuses had a lot of talent, they made a lot of money and their contributions are terrific. They make the connections between a high income and virtue seem right and natural. 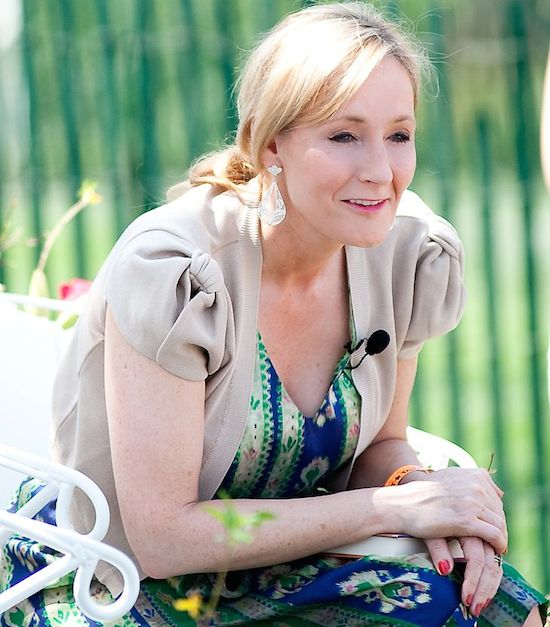 It’s cases like this that give us a natural propensity to suppose that income simply is the chief accurate and proper indicator of the value a person is making to the lives of others – and therefore that respect should closely track income. This is the view of modern capitalism, and is the spirit one breathes in the big cities of the world’s rich countries.

Such an intuitive emotional response to wages operates with a background economic theory, which we may never describe to ourselves directly but which could in fact be stated as follows: a person’s wages are determined by the scale of their social contribution. 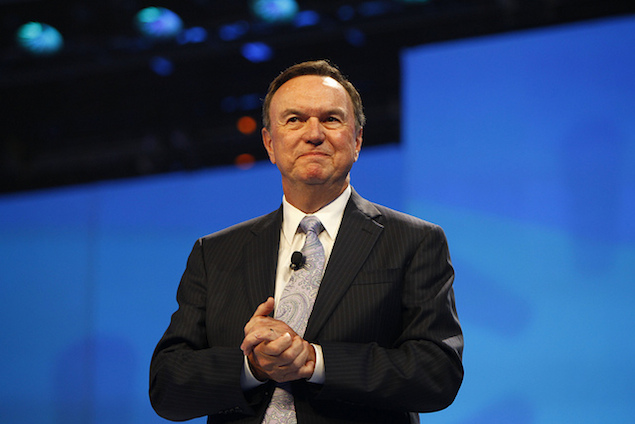 But turn to the pages of economics textbooks, and a very different, far less emotive, account of wages emerges. Economics states that wages are a rather simpler business. They are exclusively determined not by social contribution per se, but by the number of people able and willing to do a given job that others want done. If there are lots of people able to complete the task, you won’t need to offer very much money to get their labour; and if there are very few people able to to do the job, you will have to pay a lot more. But note that in all this, there is no room whatsoever to judge the worth of the work being done; the determinant of wages is just the strength of demand in relation to supply.

Taken in one direction, this explains the salary of a hitman, a person who can – for the most exacting and difficult missions, where the target possesses private guards and is protected by triple glazed Bosch-security glass – extract an early seven figure sum – simply because almost no one on earth is capable of carrying out such a complex manoeuvre. Taken in the other direction, the same theory of wages explains the salary of the modern hospice nurse, charged with accompanying people through their last days (a task as meaningful as one could imagine), yet whose yearly salary is a tiny fraction of the murderer’s stipend. In neither case do the wages have any connection to the contributions being made; it simply has to do with how many people are capable of carrying out a task and how much demand there is for it. 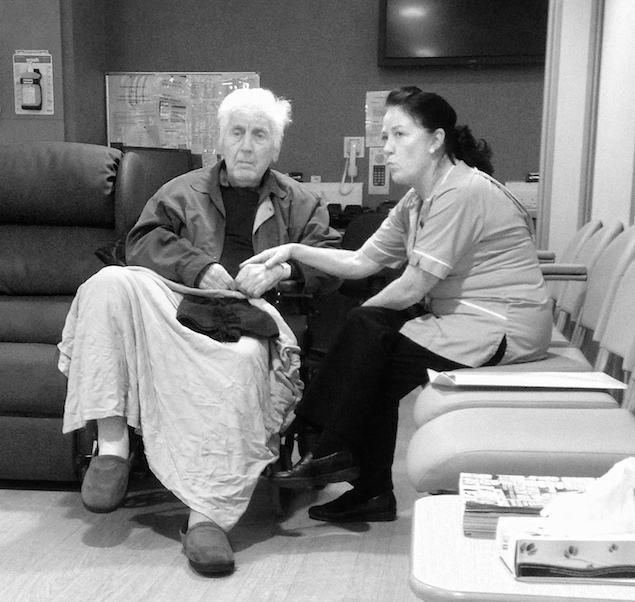 It so happens that in our society, some really wonderful qualities – like consideration, sympathy and hard work – are rather widespread; which is lovely but also has a deeply paradoxical consequence: that you can employ someone with astonishing qualities and get away with offering them pretty much nothing at all.

The hitman may have made his money in appalling ways, but unless society asks very careful questions, the world will mostly just see his money and be impressed: they will admire his villa, his sports car, his attractive girls…and in time he may even emerge as a respected and admired member of the community, who in his declining years wins the hearts of the whole of his society by funding a neonatal unit or new brain scanning department. 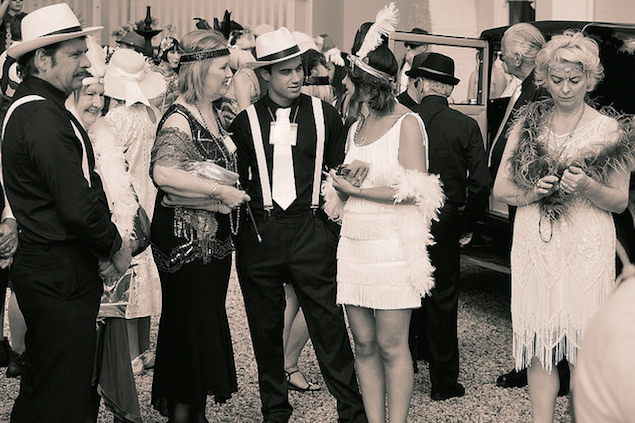 As for the nurse, however much we may pay lipservice to the idea that she’s very valuable, much of the time she will just be an anonymous figure in the bus queue; she’ll not be sought out, people visiting her tiny flat will be a touch sorry for her because the bathroom really does need some work, and her washing machine is held together by duct tape.

When these divergent fates are vivid in our minds – the feted hitman and the downtrodden nurse – the whole economic system can seem entirely lacking in justice: and our minds rebel against the gross violation of the principles of fairness. 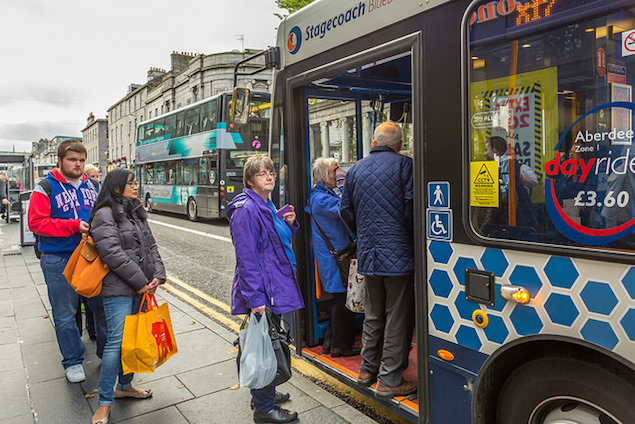 It’s normal if we should then scan the horizon in the hope of finding some answers that can attenuate the pain.

In the history of the West, there have been two huge intellectual attempts to resolve this impression of injustice.

The first is Christianity: a doctrine which has insisted that a person’s worth is to be determined in an entirely different sense to the financial. After death, a person’s soul will be weighed by god and his or her true merits perfectly rewarded for eternity. For eternity, the kindness and devotion of the nurse would be celebrated by the angels. Wages can’t change on earth, but the meaning of the wage will – in the eyes of Christianity – be altered, and the humiliation of poverty should hence entirely lose its sting. 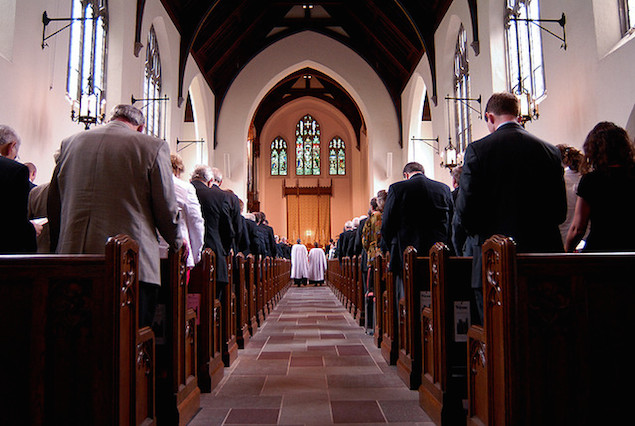 The other big attempt to introduce justice took place under the tranquil dome of the central reading room of the British library in the mid-19th century, where a bearded man sat through long sultry summers and gelid winters penning a dense treatise on Capital. Karl Marx’s work argued for a new world in which workers would for the first time be rewarded according to the worth of their contributions to society. Down would go the wages of the hitmen, casino owners and mining tycoons; up would go the wages of the nurse and the farmer. Communism would return justice to incomes. 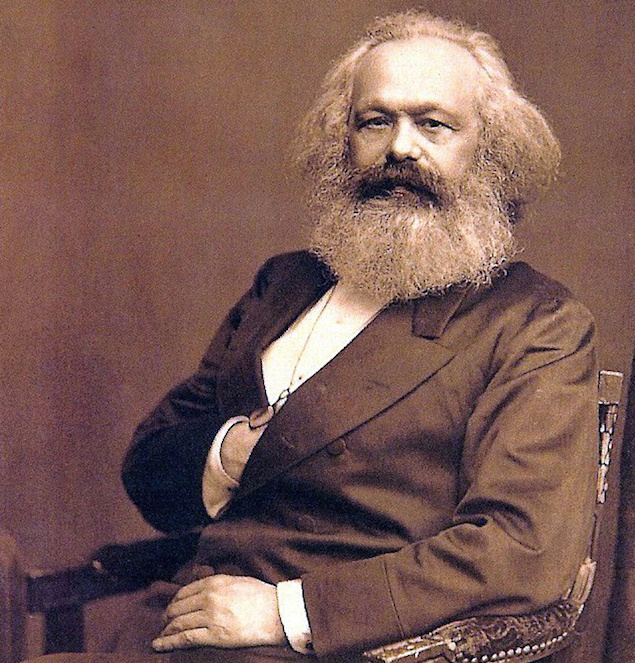 In their own day, these seemed like very impressive solutions. Yet, for different reasons, they are not in any way things we can now put our hopes on. The current economic order is pretty firmly established and is not about to change any time soon. But the hopes remain for some way of dealing with the disjuncture between wages and contribution or wages and respect.

It may be an odd place to look, but the most immediately usable solution to the situation may lie in a very unexpected place: the walls of an upper gallery in the Wallace Collection in London’s Manchester Square, home to a small painting called The Lacemaker, by a little-known German artist named Caspar Netscher, who painted it in 1664. 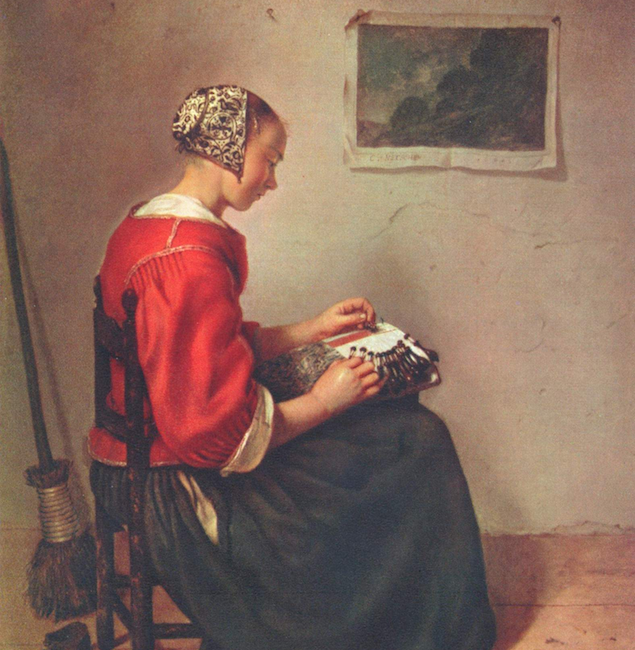 We’ve caught the lacemaker in what looks like a quiet mid-afternoon. She’s concentrating on her difficult task, carefully threading her needle. It will take her around five hours to make just one square centimetre. Her eyes will tire. She will make something dazzling and moving, an externalisation of the best sides of her nature. 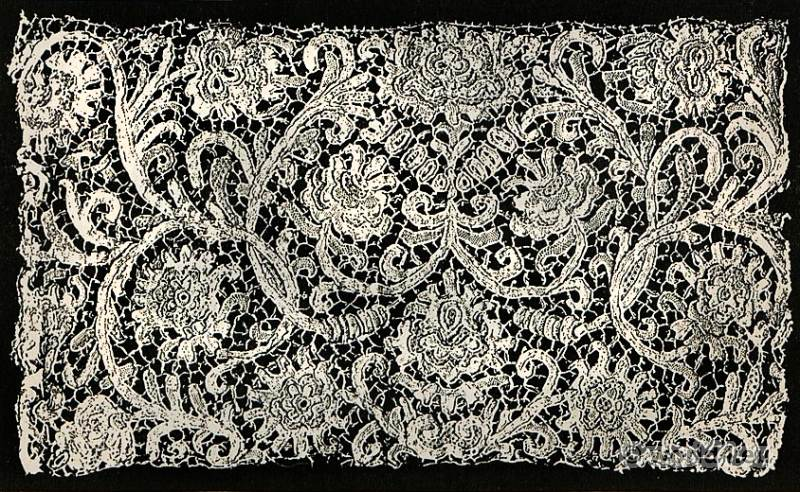 And her reward for her exquisite craftsmanship will be a few pennies at best.

Lacemaking was a major industry for women in the 17th and 18th centuries, but, as it happens, it was also one of the lowest paid, for a stubborn, unbudgeable reason we’re coming now to understand: lots of people could do this work.

Interestingly, many artists were drawn to paint lacemakers at their task. These artists had no hopes of reforming how lacemakers got paid, but they had an ambition to change the lives of lacemakers nevertheless. They wanted to use art to alter the status of these lacemakers. By directing viewers to the intelligence and dignity of the craft of lacemaking, they hoped to redeem the social standing of this economically slighted class. 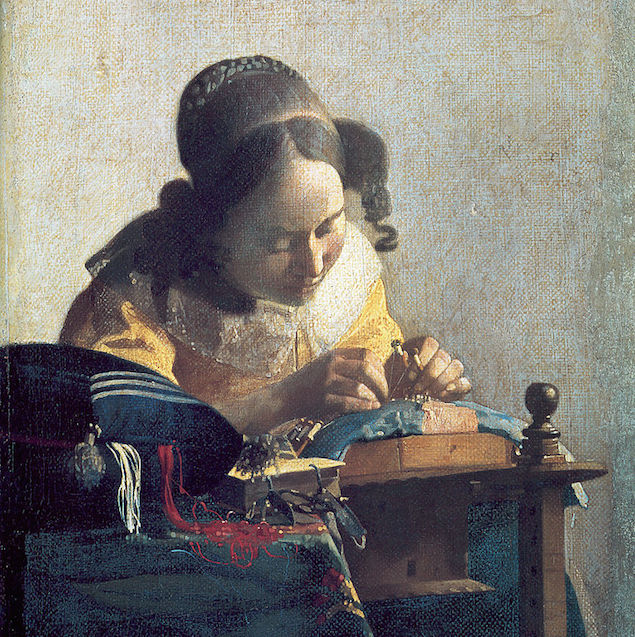 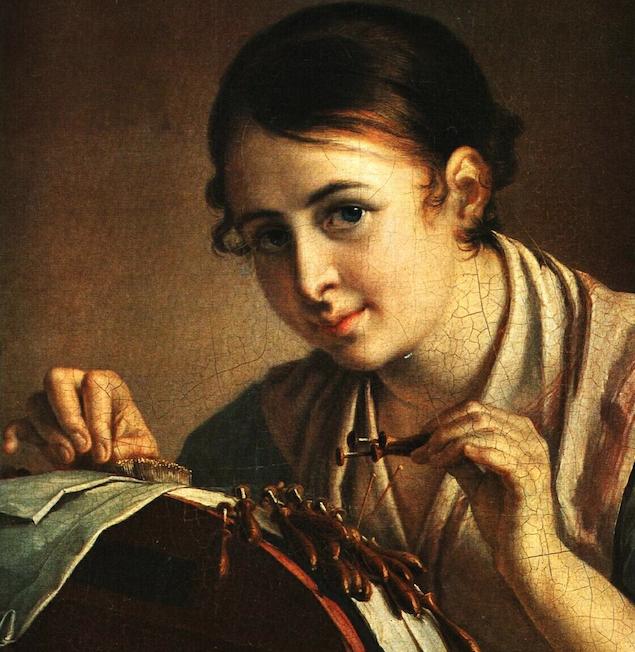 The artists painted lacemakers with all the same tenderness and appreciation as one might accord to a wealthy patron. Through art, we were to stop seeing lacemakers as people who deserved to be ignored and whose low income was any kind of reflection of a lack of merit. Instead we would see them as people full of talent and humanity who – as it happened – were just doing a low wage paid job by the accidents of the economic laws of supply and demand.

What the artists were doing with lacemakers reflects a general capacity of art: to redraw what we think of as prestigious and to return proper appreciation for what certain people, especially those deemed marginal by the dominant social hierarchy, are and do. Art offers us a sensitive re-appraisal of a person’s true merit – and a complete willingness to disregard wages as a guide to human value. 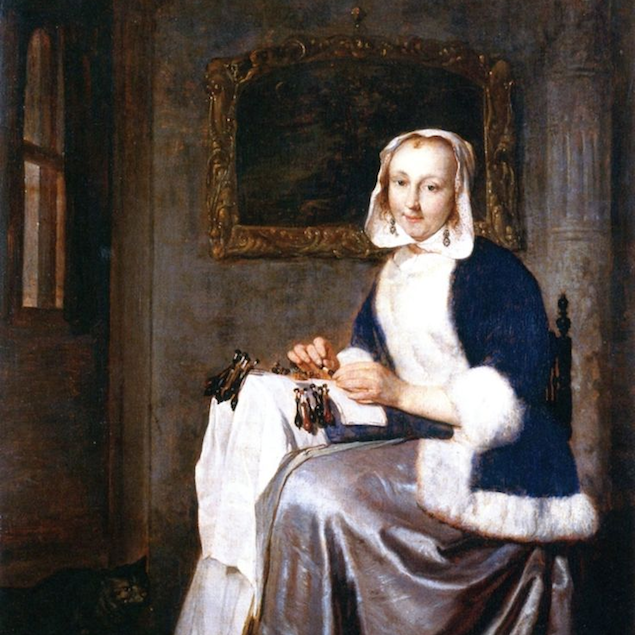 Sadly, for all the status we accord it, art is a small thing in the world. But the move that art has made needs to, and can, be redeployed on much larger scale, not just for lacemakers but for all those whose contribution is not currently properly reflected in their wages.

Art insists that we be suspicious of wages as an inviolable guide to the value of human beings; they are nothing of the sort – for they regularly and constantly leave out of the orbit of status people who eminently deserve our honour. We can live in hope of a fairer economy and must search for how to bring it about, but we should recognise that a realistic path to it is currently very hard to chart. It is here that Netscher’s move has such powerful solace to offer us right now. 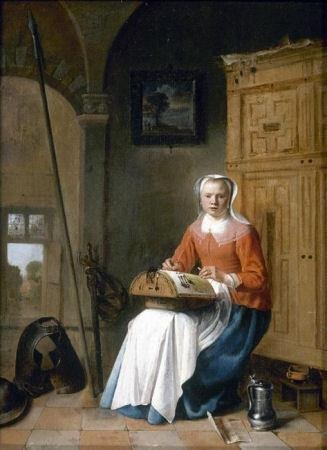 The way art operates promises an end to a sense of being randomly ignored and humiliated just on the basis of what money we have been able to make. Art is a mechanism for appreciation, which is particularly adept at the close study of the ways in which an individual might be deserving of tenderness, sympathy and admiration – and yet neglected by the prestigious world.

Art offers us a best immediate move for remedying at least a part of the problem of the gap between money and human value. The goal of art is to increase the amount of dense and accurate information about people’s jobs – so that we can stop using mere wages as our measuring rods. Once we get to know people well, in art or otherwise, the state of their bank balance will invariably decline – and what they are really bringing to the task starts to emerge, along with a fairer way of distributing honour.