On Grandmothers - The School Of Life

Naturally, the details of personal experience vary enormously, but there’s a charming ideal of what a grandmother is that we can imagine or piece together from fragments of benign memories.

Perhaps when you were a child, when your parents and siblings were away for some reason, you spent a couple of days on your own just with her at her house. You were six, you helped in the kitchen, there was a special smell in the cupboard where she kept the plates and a strange set of dark green glasses; she had a funny toaster with a large red lever; and a special little fat knife only for butter. She took you to a farm in her little car and you fed a carrot to a goat and she told you about a pet pig she had when she lived in the country as a child. She cut up an apple in a special way, removing the whole peel in one wonderful long spiral. And she gave you a thin mint chocolate and she laughed when you didn’t really like it. But she didn’t mind. She gave you supper on a tray and let you watch television, sitting on her big sofa. 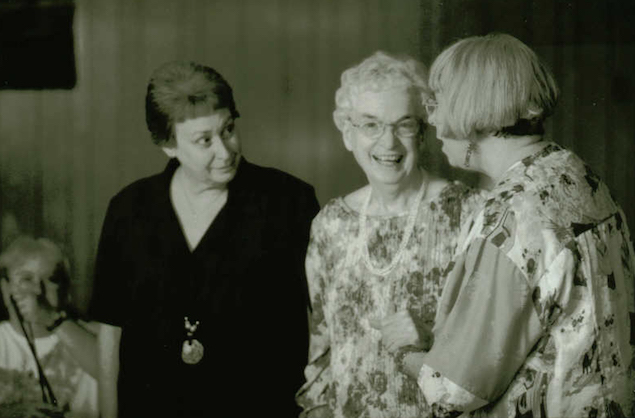 There was a wooden chest with her special things: some old coins, a fan made of ivory, a tiny pencil made of gold, a photo of her at a beach and a slightly sinister one in which she’s standing next to a man in soldier’s uniform which she says was taken ‘during the war’. You were being introduced to an outside world bigger than your parents. It was alien but because of her involvement, it is still one you are connected to.

A grandmother can function as what the British psychoanalyst Donald Winnicott called a transitional object. A transitional object (like a favourite blanket or an increasingly grubby knitted rabbit) stands for home, but it can also accompany the child in its early forays into the wider world. It provides an extended psychological life-line back to maternal love and security. In its presence the child feels emotionally safe and can therefore risk experimenting with things that are at first a little frightening or alien. The grandmother is kind and gentle and in her reassuring presence the child can start to encounter ideas that are potentially distressing: the fact that the world is very big, with a huge, complex past and filled with strangers. 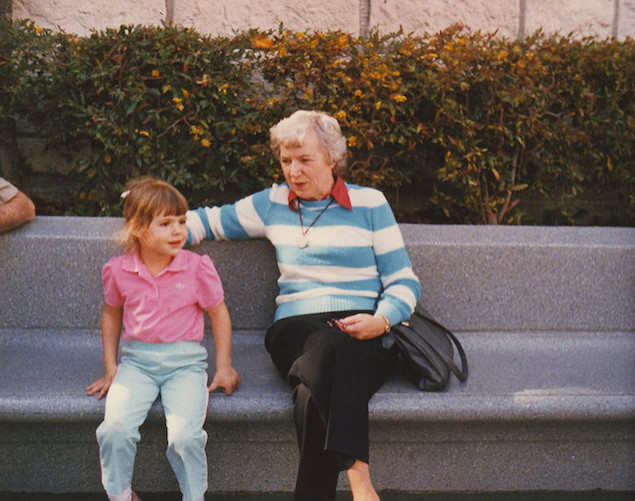 There is a sweet alliance of the elderly grandmother (who is gradually becoming weaker) and the young grandchild (who is slowly becoming stronger). But at the moment, from opposite ends of the spectrum, they both understand frailty quite well. There’s an open-ended tenderness in the Grandmother’s attitude. Her awareness of her own short tenure on life makes her feel the preciousness of mere existence. She’ll probably die before the course of your adult life is established. She might not be able to talk about Minecraft or know how to make a spaceship out of Lego, she can’t make an obstacle course round the sitting room out of cushions and upturned chairs. But she’s very interested in whether you still like Toblerone and if you might be feeling a little bit cold. She may be the only person who simply wants you to happy. She’s good at being cosy. It’s nice to snuggle up to her while she reads to you. She embodies a species of wisdom: the knowledge that achievement is in the long-run over-rated, that simply being comfortable sitting next to another person watching a gardening program on television, or carefully watering a potted geranium in the company of a small person can be deeply important.

Ironically, it is this pure kindness which is so irritating when you become a teenager. She’s delighted – of course – if you win the long-jump and will obligingly coo over your maths exam results. But you sense that she would be just as warm if you had two left feet and couldn’t make any sense of algebra. Because her love is unconditional, it has the potentially maddening tendency to look right past some of your actual merits, which are the present focus of your own sense of who you are. She wants to hug you and tuck you in and do a jigsaw together. 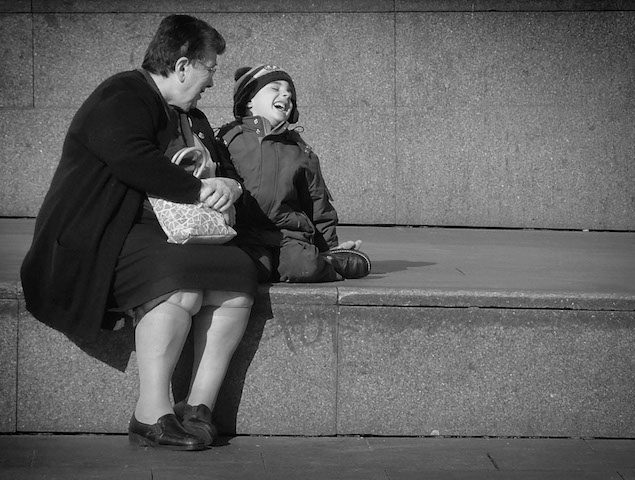 She seems – in a way that will become awkward – to represent the opposite of sex. When she was twenty-two she was very different. She’s actually been through every permutation of experience. But it doesn’t seem that way when you are thirteen. Excitement doesn’t touch her now. Inevitably – but quite wrongly – you feel she’d be shocked and upset to know of the inner complications of your growing imagination. You were still too young to realise that even though she likes patterned jumpers and takes care going down stairs she’s the same person who once spent a riotous summer shacked up with a drunken conceptual artist in West Berlin.

The parent is desperate that the child will grow up well; the lover wants to be understood; the friend wants a companion in adventure. The grandmother doesn’t want anything from you, except your presence. It’s a disconcerting innocence: the lack of calculation and an absence of desire. She doesn’t appear to acknowledge any of the driving forces in your life. It’s not actually because she never knew them but because they no longer particularly impress her terribly much. She’s seen boys grow into lawyers and then judges; or A grade students, doctors and then surgeons – and it doesn’t amaze her because she’s also seen these people have messy personal lives, decline physically, develop prostate issues and die suddenly. It means she focuses on now and can therefore seem boring: for example, her interest in mentioning that there used to be a dry-cleaners where there’s now a health food shop; her habit of saying ‘the’ Facebook, her confusion at how her phone works. 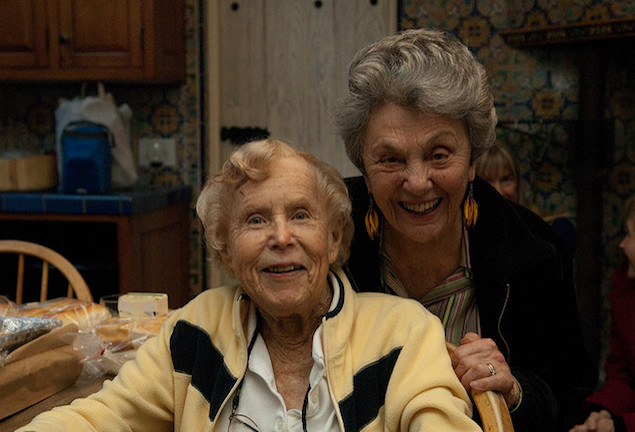 The pleasure we take in the idea of the grandmother is a way of acknowledging how much we actually like tenderness. Ordinarily relationships should learn a lesson in love from this slightly funny situation – the encounter between an elderly lady and a child. it doesn’t look like a likely classroom where we can gain much of an education. But this is the true crucible of love – a topic which we are so invested in but around which we have so many failures. What we learn is how important modesty of ambition is. It’s where we see how love can be so beneficially detached from expectation and from reciprocation. The grandmother never hopes to be understood by the child. It is enough to spend a nice day, without doing much: we saw a pony, had some milk, played a game of cards, tried doing a painting of a flower. Quite soon the six year old will start to think this is a ridiculous day. And it may take six decades before they relearn that it is the purpose and meaning of life.

The longing, embodied in the happy idea of the grandmother, is that we can learn this lesson a little better and a little sooner: that we will be able to decant a portion of this love-wisdom before too much of life is past.