Hegel - The School Of Life

Georg Wilhelm Friedrich Hegel was born in Stuttgart in 1770. He had a very middle-class existence: he was obsessed by his career path and his income. He was a newspaper editor and then a headmaster before becoming an academic professor. He never quite got his hair under control. When he was older, he liked going to the opera. He was very fond of champagne. Intellectually he was adventurous but in externals he was respectable, conventional – and proud of it. He ascended the academic tree, and reached the topmost branch – head of the University of Berlin – in 1830 (when he was 60 years old). He died the following year. 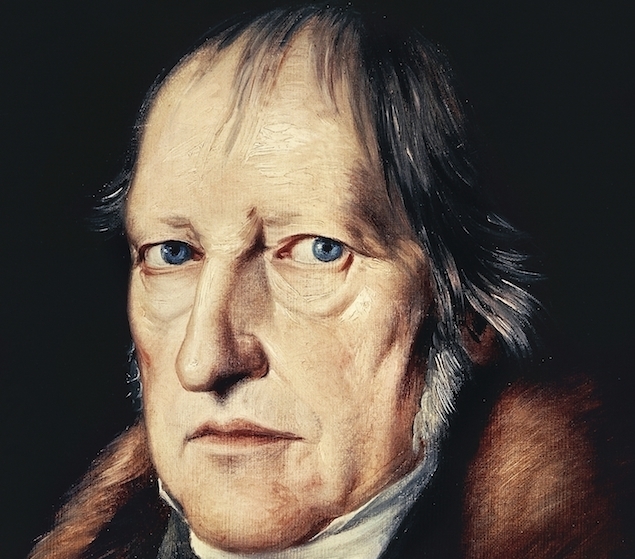 Hegel has had a terrible influence on philosophy. He writes horribly. He is confusing and complicated when he should be clear and direct. He tapped into a weakness of human nature: to be trustful of grave-sounding, incomprehensible prose. He made it seem as if the mark of reading deep thought is that one cannot quite understand what is going on. This has made philosophy much weaker in the world than it should be. And the world has paid another heavy price for Hegel’s problems with communication. It has made it much harder to hear the valuable things he has to say to us. Amongst which a small number of lessons stand out:

Important parts of ourselves can be found in history

Hegel was rare among philosophers in taking history seriously. In his day, a standard European way of looking at the past was to consider it as ‘primitive’ – and to feel proud of how much progress had been made to get us to the modern age. 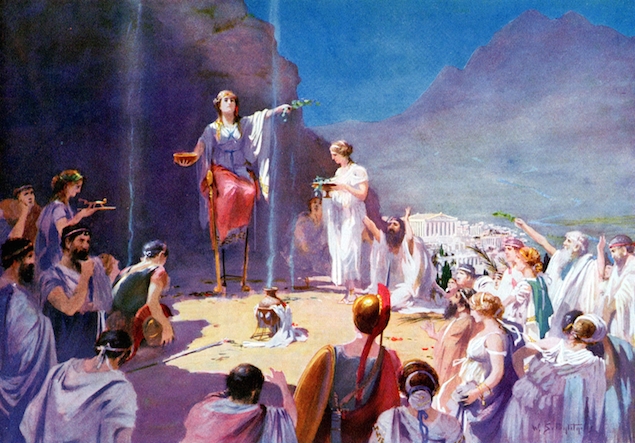 But Hegel preferred to believe that every era can be looked at as a repository of a particular kind of wisdom. It will manifest with rare clarity certain very useful attitudes and ideas which then become submerged, unavailable or more muddled in later periods. We need to go back in time to rescue things which have gone missing even in a so-called advanced era.

So, for example, we might need to mine the history of Ancient Greece to grasp fully the idea of what community could be; the Middle Ages can teach us – as no other era can – about the role of honour; an inspiring vision of how money can pay for art is to be found in the Florence of the 14th century, even if this period featured appalling attitudes to children and the rights of women. 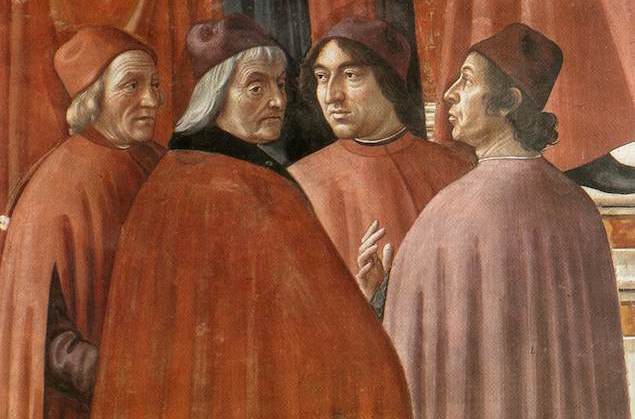 Domenico Ghirlandaio, Zachariah in the Temple, 1486-9

Hegel held that progress is never linear. The present may be better in some respects,  but is likely to be worse than the past in others. There is wisdom at every stage – which points us to the task of the historian: to rescue those ideas most needed to counterbalance the blind spots of the present.

It means that what we might be tempted to call nostalgia may have a tinge of wisdom to it.If people say that life was better in the 1950s or say that they admire Victorian values of thrift, self-reliance and hard work it’s tempting to tell them that the clock can’t be turned back and that anyway there was so much wrong with those times that it would be appalling to return to them. But there’s a more sympathetic attitude that Hegel explored in The Phenomenology of Spirit which he finished in 1807. That’s the view that each era contains an important insight which is (unfortunately) mired in a confused set of errors. So, of course, it would be terrible to go back in total. but the nostalgia is latching onto what was good. And that good aspect is something wee still need to pay attention to in the present. Hegel imagined an ideal history in which gradually all the good aspects of the past would be liberated from the unfortunate things that accompanied them. And that the best future would gradually amalgamate them all. We need to learn something from the 19th  Century industrialist and form the 1968 hippy, from the medieval bishop and from the 18th century French peasant.

‘World history’, he says, ‘is the record of the mind’s efforts to understand itself.’  At different points in history, different aspects of the mind have been more prominent. The same happens on a micro-scale in our own lives. In childhood, wonder or trust may be more to the fore; in late childhood, it might be conformity and the desire to please those thought to be superior; in adolescence, the theme of doubt might get played out conspicuously. Later, there might be episodes of pragmatism, or the experience of authority or the fear of death. At each of these stages, we are gradually learning about ourselves and we need to go through them all to fully grasp who we are. The ideal picture of maturity would be to accumulate wisdom of what is learnt from all of them.

Learn from ideas you dislike

Hegel was a great believer in learning from one’s intellectual enemies, from points of view we disagree with or that feel alien. That’s because he held that bits of the truth are likely to be scattered even in unappealing or peculiar places – and that we should dig them out by asking always, ‘What sliver of sense and reason might be contained in otherwise frightening or foreign phenomena?’ 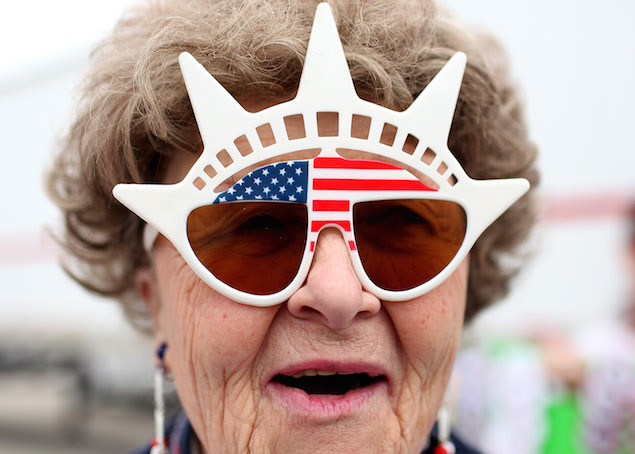 Nationalism, for instance, has had many terrible manifestations (even in Hegel’s day). So, the temptation of thoughtful people is to give up entirely on this field. But Hegel’s move was to ask what underlying good idea or important need might be hiding within the bloody history of nationalism – a need waiting for recognition and interpretation. He proposed that it’s the need for people to feel proud of where they come from, to identify with something beyond merely their own achievements, to anchor their identities beyond the ego. This is an unavoidable and fruitful requirement, he suggested – something which remains valuable even when some particularly awful movements and politicians have exploited this need and driven it in catastrophic directions.

Hegel is a hero of the thought that really important ideas may be in the hands of people you regard as beneath contempt.

Hegel believed that the world makes progress but only by lurching from one extreme to another, as it seeks to overcompensate for a previous mistake. He proposed that it generally takes three moves before the right balance on any issue can be found, a process that he named the ‘dialectic’.

In his own lifetime, he pointed out that governments had improved, but far from directly. The flawed, stifling, unfair 18th-century system of inherited traditional monarchy had been abolished by the French Revolution – whose founding fathers had wanted to give proper voice to the majority of people. 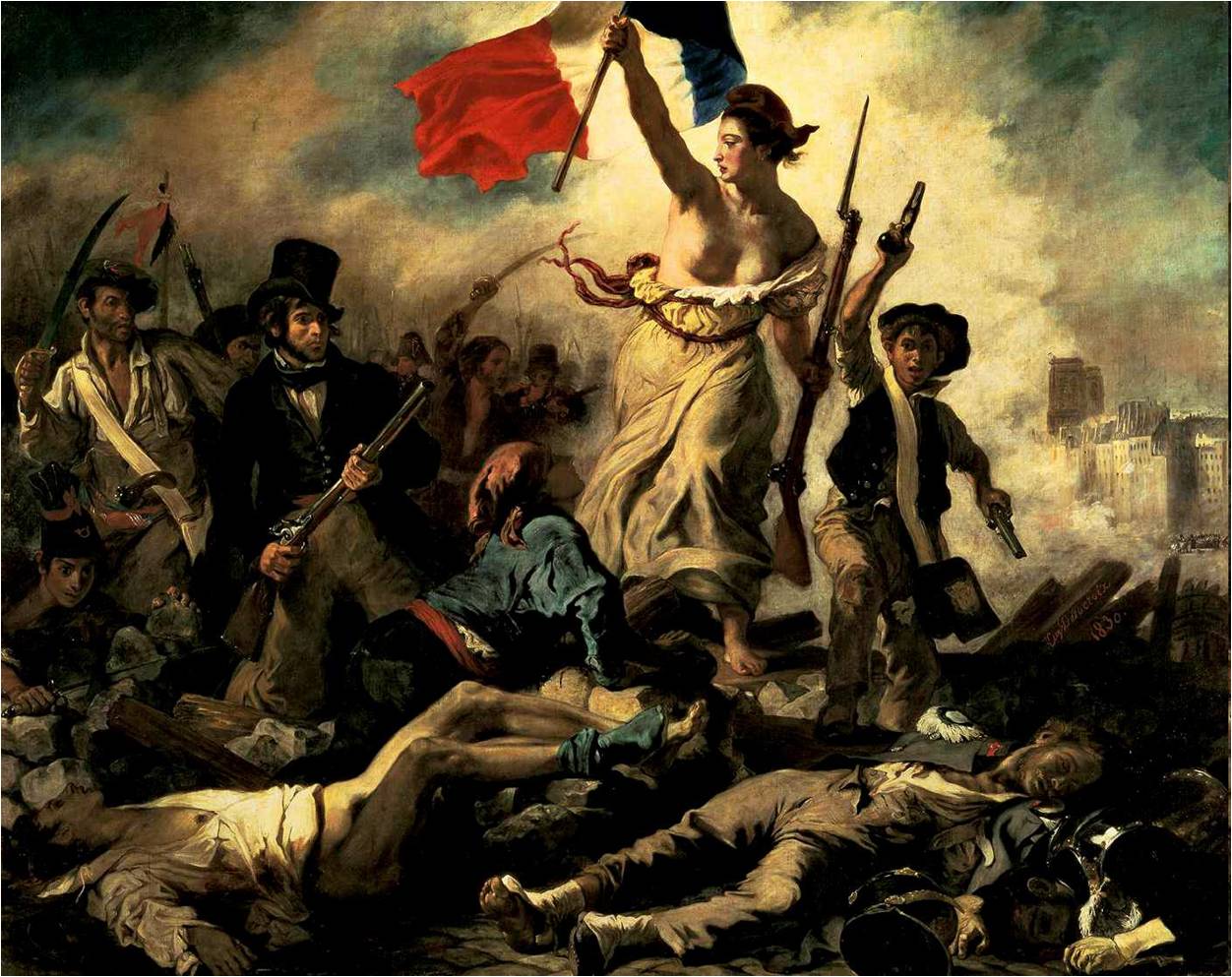 But what should have been the peaceful birth of representative government had ended up in the anarchy and chaos of the Terror. This in turn had lead to the emergence of Napoleon, who had restored order and ensured opportunity for talent and ability – but who had also overreached himself and had become a military brute, tyrannising the rest of Europe and trampling on the liberty he had professed to love. Eventually, the modern ‘balanced constitution’ emerged, an arrangement which more sensibly balanced up popular representation with the rights of minorities and a decent centralised authority. But this resolution had taken at least forty years and incalculable bloodshed to reach.

In our own time, think of the slow path towards sensible attitudes to sex. The Victorians had imposed too much repression. Yet the 1960s may have turned out to be too liberal. It might only be by the 2020s that we will find the right balance between extremes. 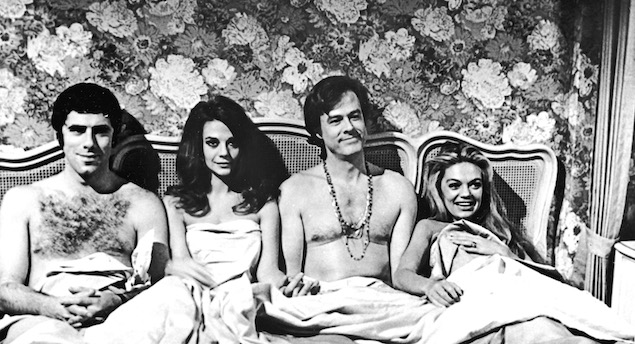 Hegel takes some of the weight off our backs by insisting that progress will always be slow and troubled. He adds that what happens in history will occur in individuals as well. We too learn slowly and with massive over-corrections. Take the development of our emotional lives. We might, in our 20s, have been with someone so emotionally intense we felt suffocated; we therefore freed ourselves and took up with someone cooler and more reserved; but they might eventually also have become oppressive in their distance. We may be 52 before we get this aspect more or less right.

This can seem the most appalling waste of time. But Hegel insists the painful stepping from error to error is inevitable, something we must expect and reconcile ourselves to when planning our lives or contemplating the mess in history books or on the nightly news.

Art has a purpose

Hegel rejects the idea of ‘art for art’s sake’. In his most impressive work – the Introductory lectures on Aesthetics – he argues that painting, music, architecture, literature and design all have a major job to do. We need them so that important insights become powerful and helpful in our lives. Art is ‘the sensuous presentation of ideas’.

Just knowing a fact often leaves us cold. In theory we believe conflict in Syria is important; in practice we switch off. In principle we know we should be more forgiving to our partners. But this abstract conviction gets forgotten at the least provocation (a crumpled newspaper in the hall, imperfect parking technique). 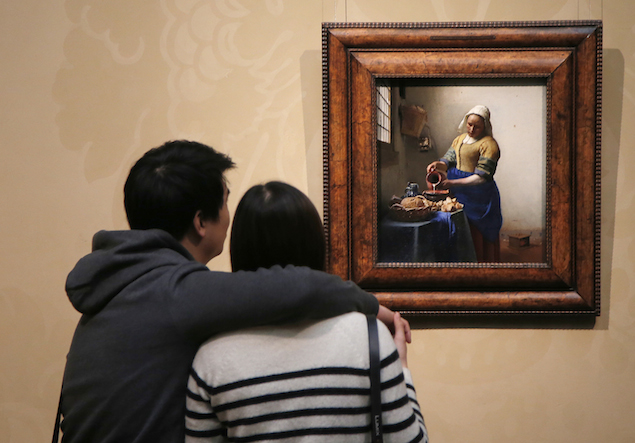 The point of art, Hegel, realises is not so much to come up with startlingly new or strange ideas; but to make the good, important, helpful thoughts we often already know and make them stick in our minds.

Hegel took a very positive view of institutions and of the power they can wield. The insight of an individual might be profound. But it will be ineffective and transient unless it gets embodied in an institution. Jesus’s ideas about suffering and compassion needed the Catholic Church to take them to the world. Freud’s ideas about the complexity of childhood didn’t become a properly constructive force until they got organised, extended and institutionalised at the Tavistock Clinic in London.

The point is for ideas to be active and effective in the world a lot more is needed than that they are correct. This was a point Hegel made again and again in different ways. In order for an idea to be important in a society it needs employees and buildings, training programmes and legal advisors, Institutions allow for the scale of time that big projects need – much longer than the maturity of one individual. 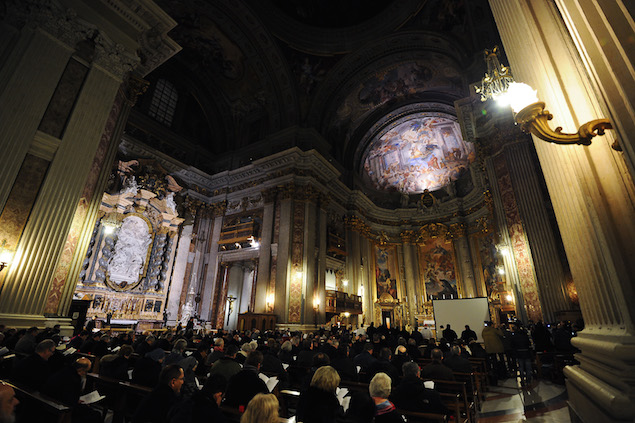 The essential function of an institution is to make the major truths powerful in society. (And an institution loses its way when it stops having a profound mission). So, as new needs of a society get recognised they should, ideally, lead to the formation of new institutions.

Nowadays, we might say we need major new institutions to focus on relationships, consumer education, career choice, mood management and how to bring up less damaged children.

Hegel put his finger on a crucial feature of modern life: we long for progress and improvement yet we are continually confronted by conflict and evidence of setbacks.

His insight is that growth requires the clash of divergent ideas and therefore will be painful and slow. But at least once we know this, we don’t have to compound our troubles by thinking them abnormal. Hegel gives us a more accurate and hence more manageable view of ourselves, our difficulties and where we are in history.