On the Hardest Job in the World - The School Of Life

On the Hardest Job in the World

Under such a title, one expects something properly heroic: inter-planetary travel. Perhaps the flotation of a public company. A breakthrough in renal cancer research.

But no, the hardest job you are ever likely to face, the success of which will determine more of your satisfaction from day-to-day than any other, is that of running and sharing a household with another human being you profess to love. Domestic life, properly understood, is the neglected locus of some of the most profound and noble challenges open to any of us. 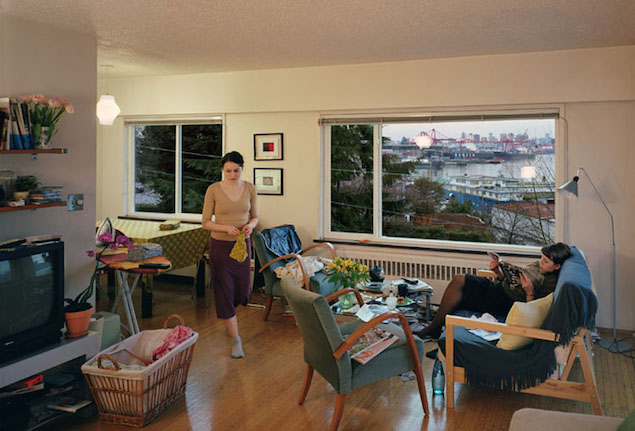 The Romantic view of love couldn’t disagree more. It sees finding the right person as the central hurdle of relationships. It is fascinated by, and deeply sympathetic to, the troubles and confusions surrounding the search for a life partner. Getting together with the right partner is the elusive key to a happy shared life, a goal for which one should be ready to sacrifice everything.

It is deeply disturbing then, from the Romantic point of view, to find that a loving couple (people who are truly ‘right’ for one another, who overcame conflict and prejudice to be together) are liable to wind up spending a great deal of their lives – after they have finally found one another – bickering: over the TV remote control, the state of the kitchen work surfaces, each others’ parking technique and who is meant to sweep the floor and when. Standard love stories rarely take us into these challenges. 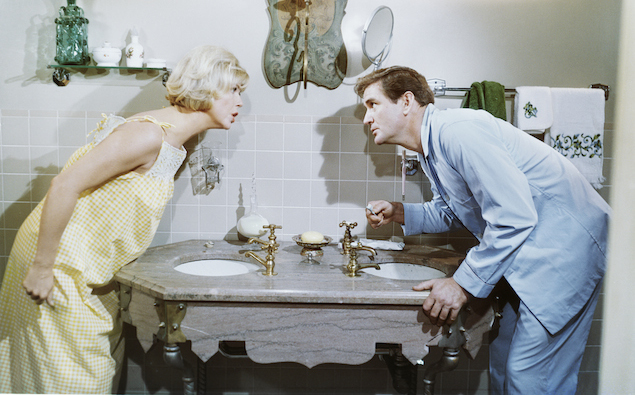 The big movements of modern times – Capitalism and Feminism – also agree on dismissing the domestic. They both suggest that machines have solved the problems of the home. The dishwasher, the washing machine and the vacuum cleaner have together, at a stroke, apparently overcome the hurdles of domestic strife, allowing the focus to shift to the true battle and interest of existence: the world of paid work. The labour that is done inside the home cannot ever be valuable or serious: which is (they say) why it is unpaid and something women and men should resist being overly identified with.

As a result, we don’t ever really accept that household management and division are going to be hard and important. We have no problem grasping that it might be tricky to locate exoplanets, drive a Formula One car, perform surgery on the hypothalamus or increase the earnings per share of a listed company. That’s why disputes around how to do these things feel entirely appropriate. People write position papers, give conference speeches, make submissions to learned academies and produce elaborately argued case studies. They spend many years deliberately acquiring the relevant skills that will eventually enable them to have a decent shot at dealing with such demanding undertakings. 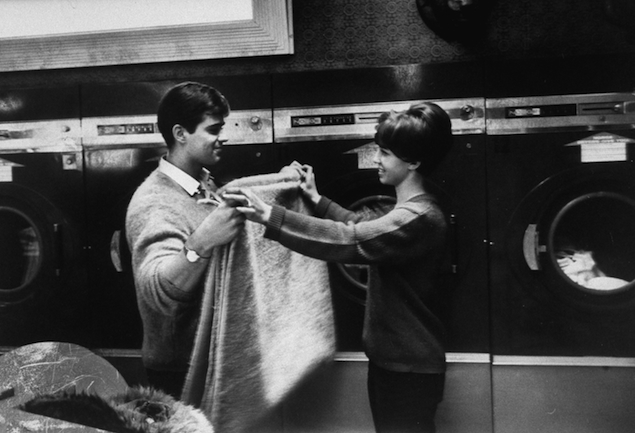 It’s startlingly different when we look at domestic activities – doing the laundry, keeping the fridge stocked, cleaning up after meals, making the beds, dusting bookshelves, arranging a rota for the children, deciding what friends to see and when – these are things that we think should just happen in the background of real life. They never demand much thought. They are inherently demeaning. They are mere chores. No one could be meant to do them. It is simply a matter of everyone taking a fair turn at a boring, banal but sadly unavoidable drudgery.

When you expect something to be easy and it turns out not to be, there’s a particular kind of struggle and bad mood that follows. Arguing about who should take out the rubbish, or whether to keep the bedroom window slightly open at night take on a distinctively painful form. Not only are we seriously angry, we can’t take our anger seriously. We fall into that pattern of behaviour typical when a problem hasn’t faced up to its own complexity. One person starts to nag, nagging defined as the repeated unsympathetic hasty attempt to force someone to do something they’re resisting. Nagging doesn’t try to understand or elegantly persuade (as one might if one knew something was hard). It doesn’t start with the assumption that there is a legitimate disagreement over a serious topic that needs head-on discussion – only that the other person is not pulling their weight over something petty and obvious and needs just prodding and poking. Nagging then typically generates its counterpart: passive avoidance or shirking. The shirker doesn’t argue back, doesn’t explain where they are coming from, doesn’t try to think through what is really the matter. They simply try to escape, shut their ears and hope the problem (so boring to both parties) will just go away. 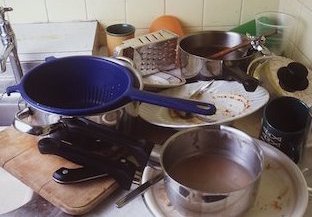 After too much nagging and shirking, one person or another generally decides to act unilaterally. We just give up trying to talk and, without sympathy for any view other than our own, simply snarl and grab the remote, or get up suddenly and slam the window shut, or go outside and start the car – all symptoms of deeply serious issues that have fatally insisted on their own simplicity.

The dominant Romantic approach to relationships will lead us to panic at how difficult domestic life turns out to be. Romanticism feeds a tendency to see practical conflicts as a sign that you and your partner are not right for one another. If you were, you simply wouldn’t be having such immense conflicts over ‘tiny things’: like when it is necessary to use a breadboard,  or whether to leave a light on in the hall at night. 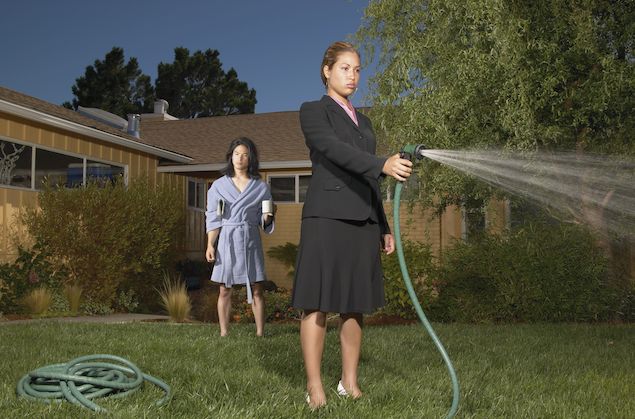 By contrast, through greater realism, the Classical view is more hopeful. It sees the challenges of sharing a space (with all the financial and practical responsibilities that come with it) as being at least as important as finding the right person in the first place. It reassures us that it’s not a sign that someone is wrong for you if you are getting deeply irate about toothpaste speckles on the mirror or if you have seen many an evening ruined by squabbling over the bins. Conflict in these areas is the logical consequence of the difficult tasks we have been accorded.

If we admit that sharing a space and a life is very difficult, we come to conflicts with a very different attitude. Yes, we will argue about who puts out the bins, who gets more duvet, what we watch on TV… but the nature of the struggle will change. We won’t necessarily immediately get so impatient and so rude, we won’t nag and we won’t shirk. We’ll have the courage of our dissatisfaction – and patiently sit with a partner for a two-hour discussion (perhaps with Powerpoint) on the sink, better than ten-minute struggles over the next forty years. 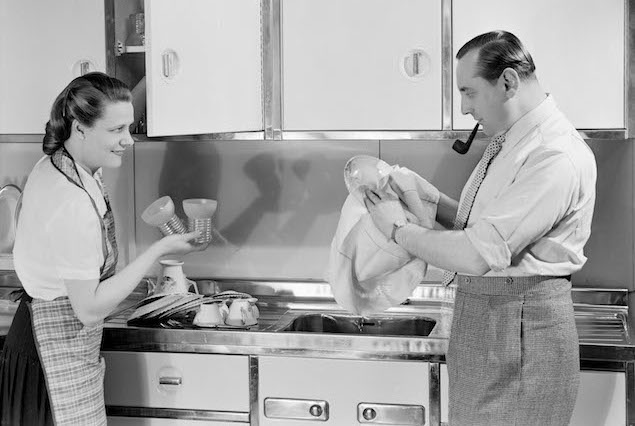 We are, each of us, forgivably weird around our domestic habits in ways we have to understand and learn to communicate properly. To one person it may seem that closing the bedroom window at night is just obviously a truly terrible thing. Maybe it was something withering their father said about their spoiled, cosseted cousins who were always complaining about draughts. Maybe it is a lingering effect of their childhood reading of The Famous Five. Reasonable or not, the open window comes to feel extremely important. And the person who takes another view is not merely in error, they are the enemy. Or holding the remote might be for your partner a major move in a life-long struggle for independence. They might not let on, but when you try to take it back you are not only attempting to get hold of a device for selecting channels and altering the volume – you are attempting to reduce them (so they feel) to a condition of infantile helplessness.

We should never assume that sitting on a sofa watching television or finding the right temperature in bed will be simple. We should stop the obsessive Romantic focus on ‘emotional’ issues. A good relationship means – almost above all else – a successful relationship around space and administration. When a relationship gets going, we therefore need not only to speak of our emotions and our childhoods, we need extended seminars between couples around dishwashers and laundry baskets, bed-times and ventilation methods. More relationships have foundered over the management of the toilet than over the dynamics of the heart.

None of this is a sign of failure. It is, on the contrary respectful of the complexity of one of the hardest jobs you will ever take on. We should never fall into the trap of thinking that it must be easy: Romanticism here just condemns us to a lifetime of nagging and stonewalling.