Melanie Klein - The School Of Life 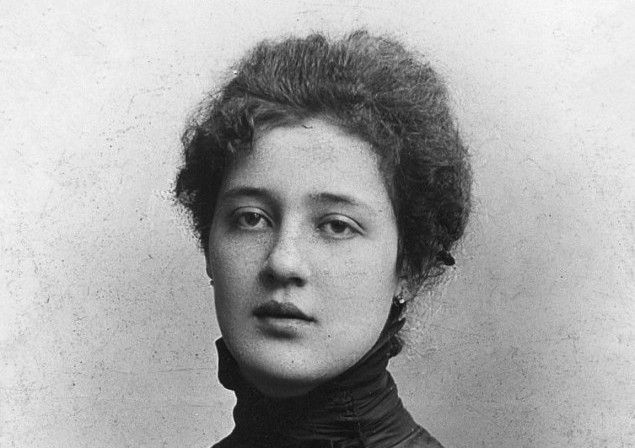 Melanie Klein (1882-1960) was a highly creative and original Viennese Jewish psychoanalyst who discovered the work of Freud at the age of 26 and devoted her life to enriching and nuancing it in intriguing and valuable ways. She is perhaps best remembered today for an unlikely-sounding but inherently sensible theory, advanced in her book The Psychoanalysis of Children (1932), about a ‘good breast’ and a ‘bad breast’ – of which more in a minute.

Freud had achieved renown by evoking for us just how deeply unacceptable many of our desires are in their raw, undisguised forms. Beneath the civilised surface, in our unconscious minds, we are motivated by what the inventor of psychoanalysis called ‘the pleasure principle,’ which incites us to want a shifting array of surprising, anarchic and (from an everyday point of view) simply shocking things. We want to kill, castrate and maim our enemies, be the most powerful people on earth, have sex with unusual body parts of men, women and children, pair off with members of our own families and become immortal. 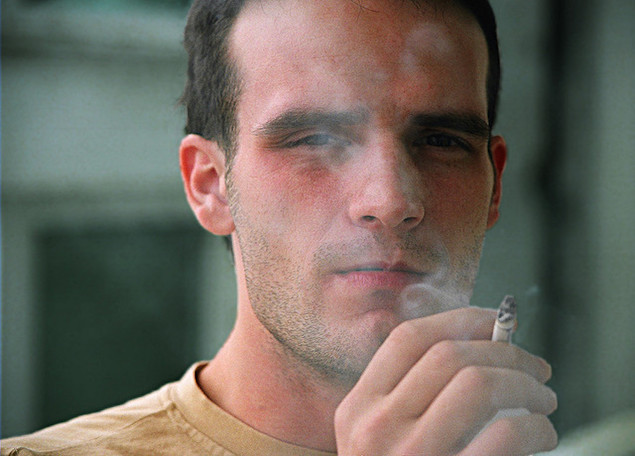 So explosive, peculiar and dangerous are these wishes, they must be overruled by the rational mind, or ego, if we are to get on in the world. But this process can go more or less well, depending on how our conscious minds emerge from the vagaries of childhood. At worst, in our attempts to quash these impossible unconscious demands, we fall prey to rigid neuroses and inhibitions, which defend us from what we want, but only at a high cost: we become uncreative and severely hampered in daily life. For example, we might become unable to leave the house (so afraid is a part of us that we could try to murder someone); we might become impotent (for we’re somewhere deep down terrified of the aggression of a father figure in relation to our potency); or we might fail at everything we do (to make sure we don’t rival a sibling we secretly envy and yet dread). It is these sort of neuroses that psychoanalysis was designed to help us understand and patiently unpick, so that we might eventually make more flexible, less inhibited adjustments to reality.

Melanie Klein discovered psychoanalysis in 1914 and was at once captivated by its ambition and wisdom. A highly intelligent woman, she had been held back by her father from her desire to become a doctor and had been pushed by her family into a loveless marriage with a coarse, unpleasant man with whom she had nothing in common. She was bored, sexually frustrated and mentally unwell. Psychoanalysis saved her. She left her husband, read everything she could, attended lectures, and started publishing papers of her own. She soon departed from Freud in an area that most other analysts had overlooked: the analysis of children. Freud had been sceptical that children could ever be analysed properly, their minds being in his view too unformed to allow for a perspective on the unconscious. But Klein now argued that an analyst could get a useable view into a child’s inner world through studying how they played with toys in his or her presence. She therefore equipped her consulting room with small horses, figurines and locomotives and made the observation of how children played with them a centrepiece of her clinical work. She was to establish herself as a child psychoanalyst, first in Berlin and then in London, where she settled in 1926 and remained for the rest of her life (becoming a star among the Bloomsbury group and particular friends with Virginia and Leonard Woolf). 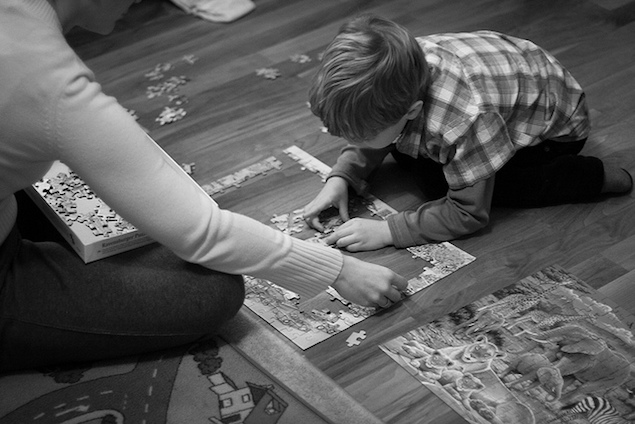 In her work with children, Klein wanted to understand how human beings evolve from the primitive pleasure seeking impulses of early infancy to the more mature adaptations of later life – and in particular, she wanted to know what might go wrong on this journey, giving rise to the neurotic adaptations of adults.

She was first and foremost struck by the difficulty of the young infant’s situation (in the words of the psychoanalyst Julia Kristeva, Klein described the newborn’s days and nights ‘with the horror of a Hieronymus Bosch painting’). Weak, utterly at the mercy of adults, unable to grasp what is happening, the infant cannot – in Klein’s description – grasp that people around it are in fact people, with their own alternative reality and independent points of view. In the early weeks, the mother is not even ‘a mother’ to her child, she is – to come to the crux of the issue – just a pair of breasts which appear and disappear with unpredictable and painful randomness. In relation to this mother, all the infant experiences are moments of intense pain and then, for reasons it can’t understand, moments of equally intense pleasure. When the breast is there and the milk flows, a primordial calm and satisfaction descends upon the infant: it is suffused with feelings of well-being, gratitude and tenderness (feelings that will, in adulthood, be strongly associated with being in love, a moment where breasts continue to play a notable role for many). But when the breast is desired and yet for whatever reason it is missing, then the infant is thrown into unfathomable panic: it feels starving, enraged, terrified and vengeful.

This, thought Klein, leads the infant to adopt a primitive defence mechanism against what would otherwise be intolerable anxiety. It ‘splits’ the mother into two very different breasts: a ‘good breast’ and a ‘bad breast’. The bad breast is hated with a passion; the infant wants to bite, wound and destroy this object of unholy frustration. But the good breast is revered with an equally thorough though more benign intensity. 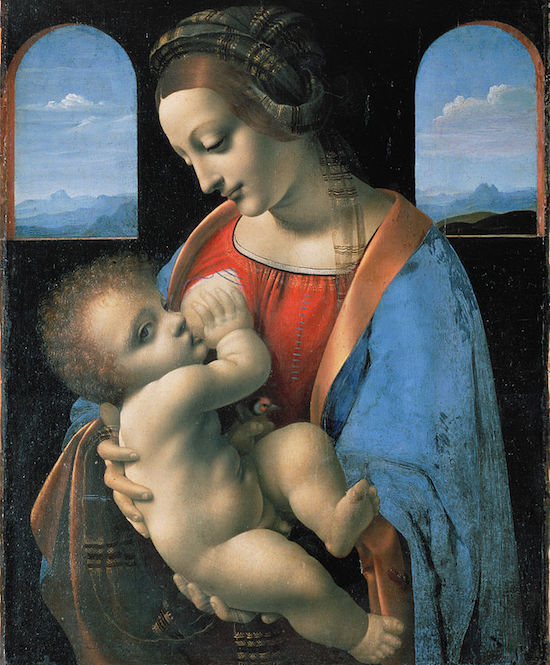 With time, in healthy development, this ‘split’ heals. The child will gradually perceive that there is in truth no entirely good and no entirely bad breast, both belong to a mother who is a perplexing mixture of the positive and the negative: a source of pleasure and frustration, joy and suffering. The child (for, by now, we are talking of someone aged around 4 years old) discovers a key idea in Kleinian psychoanalysis: the concept of ambivalence. To be able to feel ambivalent about someone is, for Kleinians, an enormous psychological achievement and the first marker on the path to genuine maturity.

But it isn’t inevitable or assured. The grey area is hard to reach. Only slowly can a healthy child grasp the crucial distinction between intention and effect, between what a mother may have wanted for it and what the child might have felt at her hands nevertheless. While no sane mother would ever want to frustrate and scare her own child, this child might nevertheless have been badly hurt and confused by her. These complicated psychological realisations belong to what Klein called ‘the depressive position,’ a moment of soberness and melancholy when the growing child takes on board (unconsciously) the idea that reality is more complicated and less morally neat than it had ever previously imagined: the mother (or other people generally) cannot be neatly blamed for every setback; almost nothing is totally pure or totally evil, things are a perplexing, thought-provoking mixture of the good and bad… This is hard to take and – for Klein – explains the serious faraway look that may sometime enter the eyes of children during daydreams. These small beings look oddly wise and grave at such moments; they are, somewhere deep inside, cottoning on to the moral ambiguity of the real world. 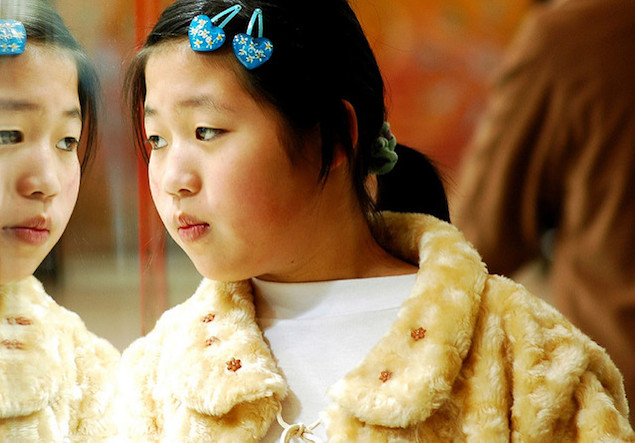 Unfortunately, in Klein’s analysis, not everyone makes it to the depressive position, for some get stuck in a mode of primitive splitting she termed (somewhat dauntingly) the ‘paranoid-schizoid position’. For many years, even into adulthood, these cursed people will find themselves unable to tolerate the slightest ambivalence: keen to preserve their sense of their own innocence, they must either hate or love. They must seek scapegoats or idealise. In relationships, they tend to fall violently in love and then – at the inevitable moment when a lover in some way disappoints them – switch abruptly and become incapable of feeling anything anymore. These unfortunates are likely to move from candidate to candidate, always seeking a vision of complete satisfaction, which is repeatedly violated by an unwitting error on the lover’s part.

We don’t have to believe in the literal truth of Klein’s theory to see that it has value for us as an unusual but useful representation of maturity. The impulse to reduce people into what they can do for us (give us milk, make us money, keep us happy), rather than what they are in and of themselves (a multifaceted being with their own often elusive centre of gravity), can be painfully observed in emotional life generally. With Klein’s help, we learn that coming to terms with the ambivalent nature of all relationships belongs to the business of growing up (a task we’re never quite done with) – and is likely to leave us a little sad, if not for a time quite simply depressed.

Some of the statues in this video are by Gert Germeraad: www.gertgermeraad.eu