Michel Foucault - The School Of Life

Michel Foucault (1926-1984) was a French 20th-century philosopher and historian who spent his career forensically critiquing the power of the modern bourgeois capitalist state, including its police, law courts, prisons, doctors and psychiatrists. His goal was to work out nothing less than how power worked and then to change it in the direction of a Marxist-anarchist utopia. Though he spent most of his life in libraries and seminar rooms, he was a committedly revolutionary figure, who met with enormous popularity in elite Parisian intellectual circles (Jean Paul Sartre admired him deeply) and still maintains a wide following among young people studying at university in the prosperous corners of the world. 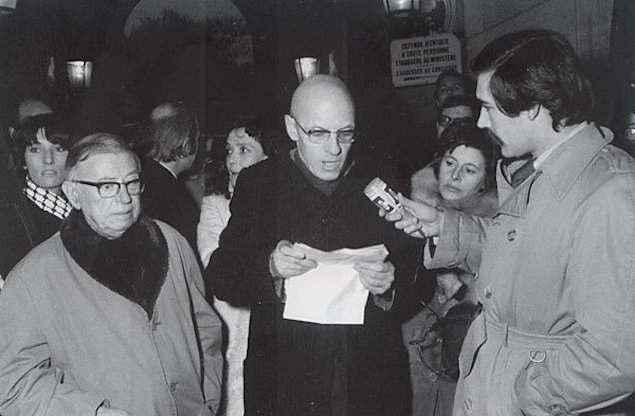 His background, which he was extremely reluctant ever to talk about – and tried to prevent journalists from investigating at all costs – was extremely privileged. Both his parents were very rich, coming from a long line of successful surgeons in Poitiers in west-central France. His father, Dr Paul Foucault, came to represent all that Michel would hate about bourgeois France.

Michel had a standard upper-class education, he went to elite Jesuit institutions, was an altar boy and his parents hoped he would become a doctor.

But Michel wasn’t quite like other boys. He started self-harming and thinking constantly of suicide. At university, he decorated his bedroom with images of torture by Goya. When he was 22, he tried to commit suicide and was forced by his father, against his will, to see France’s most famous psychiatrist Jean Delay at the Hôpital Sainte-Anne in Paris.

The doctor wisely diagnosed that a lot of Michel’s distress just came from having to keep his homosexuality and, in particular, his interest in extreme sadomasochism away from a censorious society.

Gradually, Foucault entered the underground gay scene in France, fell in love with a drug dealer, and then took up with a transvestite. For long periods in his 20s, he went to live abroad, in Sweden, Poland and Germany, where he felt his sexuality would be less constrained.

All the while, Foucault was progressing up the French academic ladder. The seismic event of his intellectual life came in the summer of 1953, when Foucault was 27 – and on holiday with a lover in Italy.

There he came across Nietzsche’s book, Untimely Meditations, which contains an essay called “On the Uses and Abuses of History for Life”. 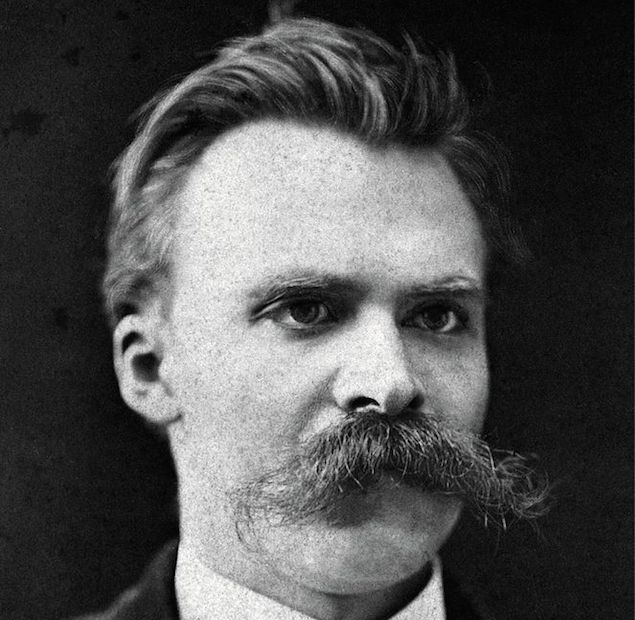 In the essay, Nietzsche argued that academics had poisoned our sense of how history should be read and taught. They made it seem as if one should read history in some sort of disinterested way, in order to learn, how it all was in the past. But Nietzsche rejected this with sarcastic fury. There was no point learning about the past for its own sake. The only reason to read and study history is to dig out from the past ideas, concepts and examples which can help us to lead a better life in our own times.

This liberated Foucault intellectually as nothing else ever had until then. Immediately, he changed the direction of his work – and decided to become a particular kind of philosophical historian, someone who could look back into the past to help to sort out the urgent issues of his own time.

Eight years later, he was ready to publish what’s recognised as his first masterpiece:

The standard view is that we now treat people with mental illnesses in so much more of a humane way than we ever did in the past. After all, we put them in hospitals, give them drugs, and get them looked after by people with PhDs.

But this was exactly the attitude that Foucault wished to demolish in Madness and Civilisation. In the book, he argued that things way back in the Renaissance were actually far better for the mad than they had subsequently become. 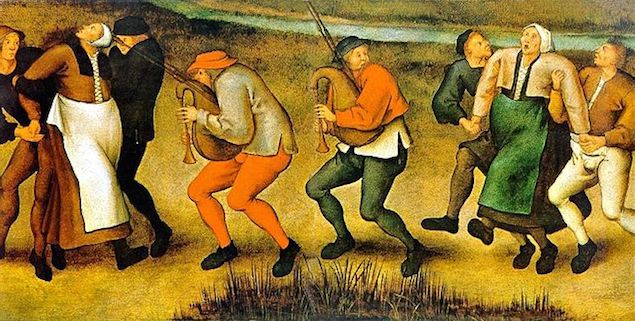 In the Renaissance, the mad were felt to be different rather than crazy. They were thought to possess a kind of wisdom – because they demonstrated the limits of reason. They were revered in some circles, and were allowed to wander freely.

But then, as Foucault’s historical researches showed him, in the mid-17th century, a new attitude was born that relentlessly medicalised and institutionalised mentally ill people. No longer were they allowed to live alongside the so-called sane, they were taken away from their families, and locked up in asylums and seen as people one should try to ‘cure’ rather than tolerate for just being different.

You can recognise a very similar underlying philosophy in Foucault’s next great book:

His target here was medicine more broadly. He systematically attacked the view that medicine had become more humane with time. He conceded that of course we have better drugs and treatments now, but he believed that in the 18th century, the professional doctor was born, and that he was a sinister figure who would look at the patient always with what Foucault called “the medical gaze,” denoting a dehumanising attitude that looked at a patient just as a set of organs not a person. One was, under the medical gaze, merely a malfunctioning kidney or liver, not a person to be considered as a whole entity.

Next in Foucault’s oeuvre came:

Here Foucault did his standard thing on state punishment. Again, the standard view is that the prison and punishing system of the modern world is much much more humane than it was in the days when people were hung in public squares. Not so, argued Foucault. The problem, he said, is that power now looks kind but isn’t, whereas in the past, it clearly wasn’t kind and therefore, could encourage open rebellion and protest. 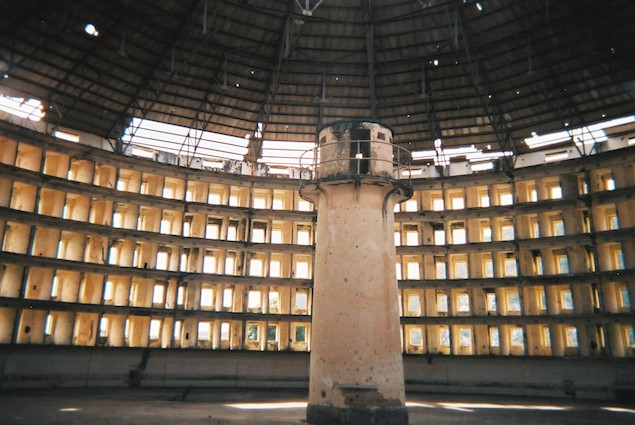 Foucault noted that in the past, at an execution, a convict’s body could become a focus of sympathy and admiration, and the executioner rather than the convict could become the locus of shame; also, public executions often led to riots in support of the prisoner. But with the invention of the modern prison, everything happened in private behind locked gates; one could no longer see and therefore resist state power. That’s what made the modern system of punishment so barbaric and properly primitive in Foucault’s eyes.

Foucault’s last work was the multivolume:

The manoeuvres he performed in relation to sex are again very familiar. Foucault rebelled against the view that we are all now deeply liberated and at ease with sex. He argued that since the 18th century, we have relentlessly medicalised sex, handing it over to professional sex researchers and scientists. We live in an age of what Foucault called “scientia sexualis” – science of sexuality. 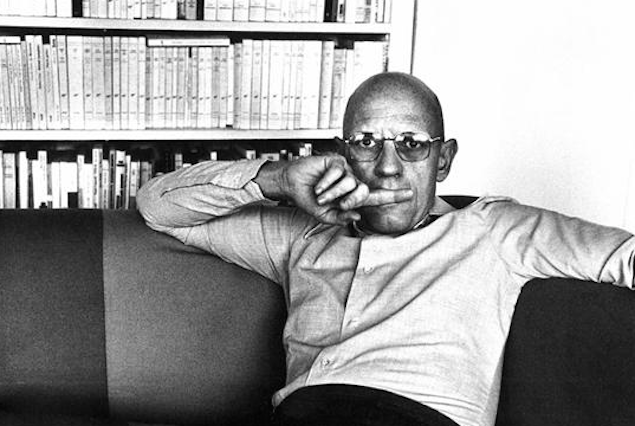 Foucault wrote the last volume of this work while dying of AIDS. He died in 1984, aged 58.

Foucault’s lasting contribution is to the way we look at history. There are lots of things in the modern world that we’re constantly being told are fantastic – and were apparently rather bad in the past. For example:

– Or our communication systems 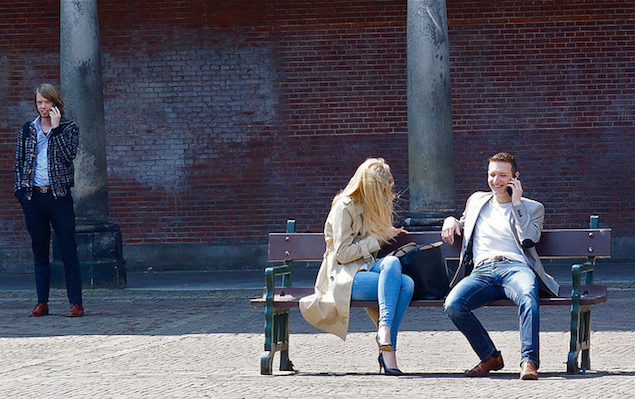 Foucault encourages us to break away from our optimistic smugness about now to see that, in many ways, there were good things lurking in earlier times.

Foucault wasn’t trying to get us to be nostalgic, he wanted us to pick up the lessons of way back in order to improve how we live now.

Academic historians have tended to hate Foucault’s work. They think it is inaccurate and keep pointing out things he hadn’t quite understood in some document or other. But Foucault didn’t care for total historical accuracy. History for him was just a storehouse of good ideas and he wanted to raid it, rather than keep it pristine, and untouched.

We should use Foucault as an inspiration to look at the dominant ideas and institutions of our times – and to question them by looking at their histories and evolutions.

Foucault did something remarkable: he made history life enhancing and philosophically rich again. He can be an inspiring figure for our own projects.