Sentimentality in Art - and Business - The School Of Life

Sentimentality in Art – and Business

In modern times, one of the criticisms you’ll sometimes hear people make about certain works of art is that they are too sentimental. 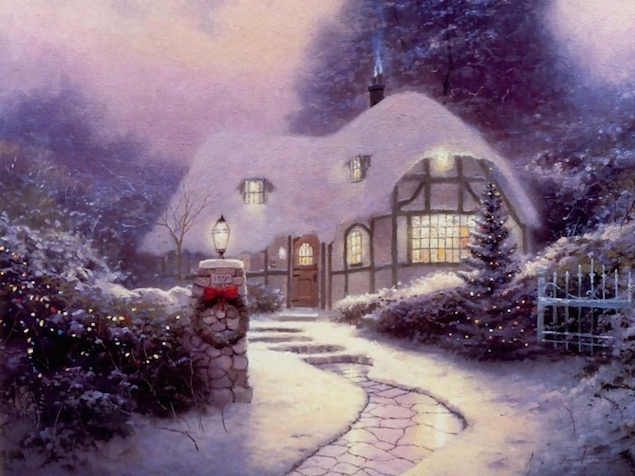 The tendency is to see sentimentality as an unintentionally funny and slightly embarrassing thing about the art of the past. In fact, sentimentality is alive today – and it’s evident not so much in art, as in a place where we might not at first expect it: in business.

We’ll get to sentimentality in business in a minute. But first we need to think a bit about sentimentality per se: What is it? And is there anything actually wrong with something being sentimental? 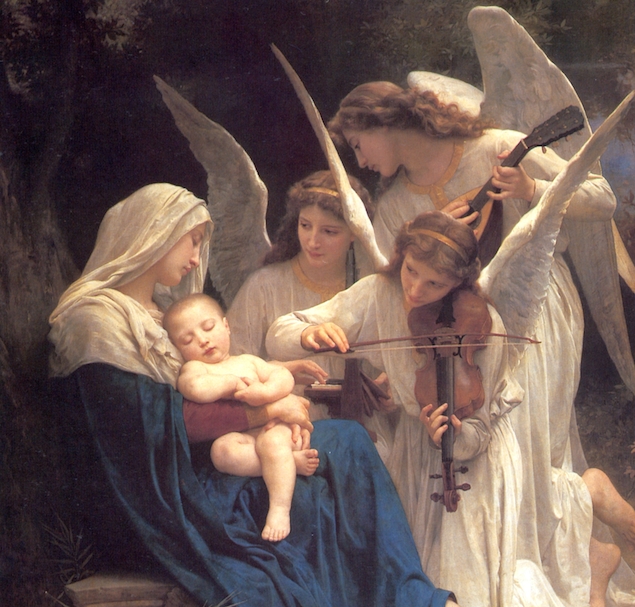 The basic thing that happens in sentimental art, is that the negative aspects of life or a situation are repressed; and something is instead presented as wholly nice and lovely. 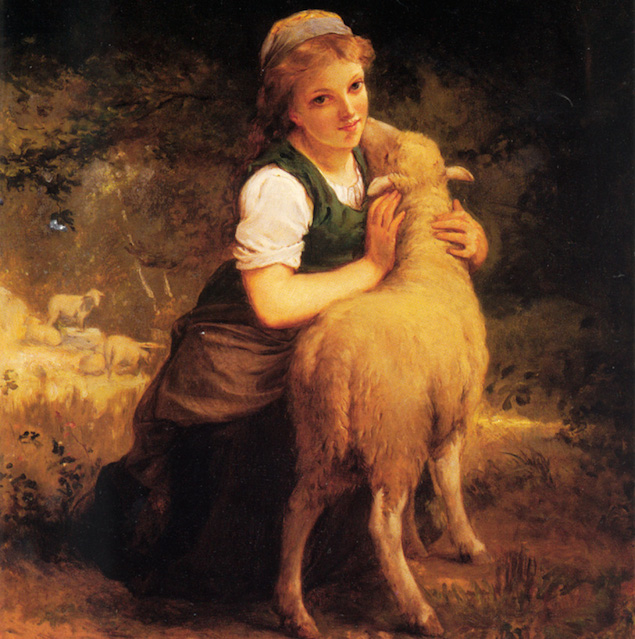 Youth, for instance, is presented as a time of simple innocence; rural life is imagined as pure and always happy; having little money is suggested to lead to an easy, contented existence. 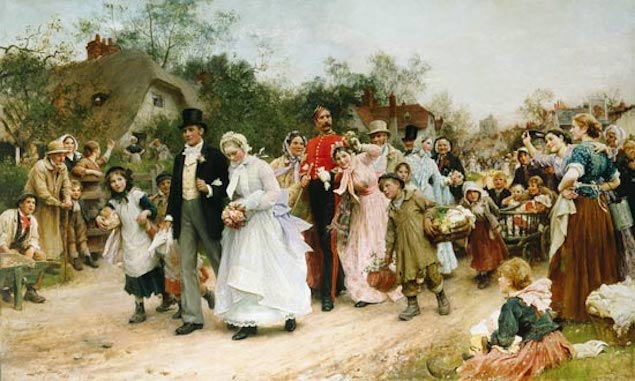 Or, a community is imagined as deeply united and content – a representative snapshot of a peaceful, prosperous and contented nation – where kindness is normal and everyone is sweet. No one is eaten up with envy or harbours complicated sexual longings.

But what’s the problem? What’s so bad about doing this?

Problem One: It leads to disappointment

In an essay, De Profundis – written in prison – Oscar Wilde defines sentimentality as the desire to feed off an emotion ‘without paying for it’. 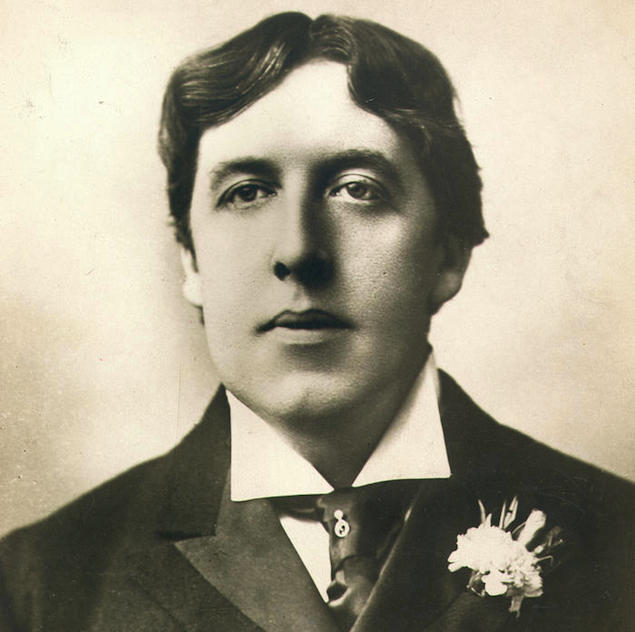 He says: ‘We think we can have our emotions for nothing. We cannot. Even the finest and most self-sacrificing emotions have to be paid for.’

To get a handle on what he’s saying, imagine that I want you to like me, but don’t want to pay the true price of friendship. I want to feel we’re friends (which is a very nice feeling). But I don’t want to back you up when you are in difficulties, I don’t want to hear about your problems or give you tricky bits of advice: I don’t want to actually have to do the things real friends do.

So I get a warm glow as I invite you to lunch at a non-specific date; or tell you you can count on me, knowing at the back of my mind that I never will live up to the promise… I am thereby being ‘sentimental’ around friendship. 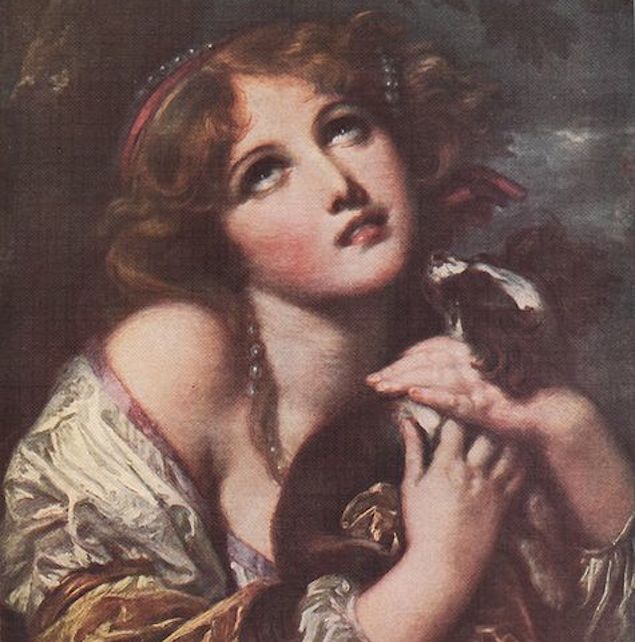 This young woman is presented as totally devoted and loyal; she will never forget how deeply wonderful and perfect her lover is; she’ll never get tetchy about how he holds his knife and fork or how loudly he snores at night; she’ll never wonder if she’s wasted her life or think that her partner’s conversation is dull, his love-making technique inept, his financial status unsatisfactory or his views about political philosophy seriously misguided.

Sentimentality doesn’t want to engage with what Jung calls our shadow sides: our deep tendencies to aggression, negativity, spite, envy and disappointment. These ‘shadows’ are carefully omitted. It’s an attempt to spare ourselves discomfort; but – ironically – it has a painful consequence:

Sentimental art feeds the tempting delusion that things could be perfect: relationships endlessly charming, countries without exploitation or violence. Unintentionally, sentimentality increases the burden of disappointment with how things actually are.

‘The sentimentalist is a cynic at heart. Indeed, sentimentality is merely the bank holiday of cynicism.’ It’s initially quite a surprising idea, because surely these attitudes are poles apart. 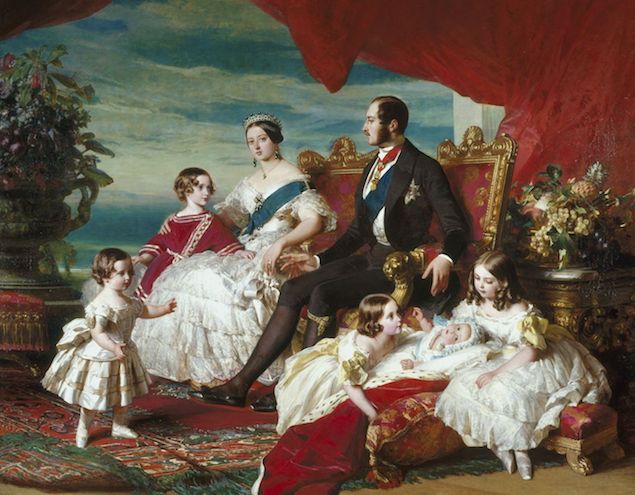 In this sentimental portrait, Queen Victoria’s family is presented as more polite, quiet and mutually admiring than (one feels) any group of people could actually be. The natural troubles of any family – envy, boredom, guilt, spite – are kept entirely in the background.

Unconvincing, airbrushed representations of family life encourage an equal and opposite reaction. Exposure to sentimentality leads many people to suppose that a wholly dark view is likely to be true. So, seeing the picture, one is tempted to think that Queen Victoria and Prince Albert were probably actually quite malevolent parents, who had no real love of their children. They would, the moment the artist had left the room, become harsh and censorious and cold.

In the middle – between sentimentality and cynicism – is the mature assessment, which usually means acknowledging that things have good and bad aspects that are unfortunately deeply intertwined. Maturity involves giving up on the attractions of a clearer, simpler (but actually unfair) assessment, whether totally negative or totally positive. Maturity means realising for instance that a single person might be both kindly and generous sometimes and quite greedy at other points. Or that a nation might be really quite admirable in some ways and rather horrific in others.

The art of past eras helps us to see sentimentality in action. But, to be honest, our lives are not generally hugely taken up with looking at portraits of 19th century, royal families or depictions of rural life circa 1875. So, even if we think sentimentality is a bit of a worry, we are not going to panic around these kinds of exposure to its potentially harmful effects.

We’ve raised the issue of sentimentality on art as a lead up to an admittedly unfamiliar – but actually more serious – issue: sentimentality in business.

Business is at the centre of modern examples of sentimentality.

This advert is designed to encourage people to buy products like Calming Lavender Baby Shampoo and Hand-and-face take-along-packs from the Johnson and Johnson corporation. It is also, sickeningly, sentimental.

It entirely exaggerates the role of love. It tells us that love is ‘the most powerful thing on the planet’ – as if it is setting out, rather deliberately, to avoid admitting that many other factors are crucial in getting things done; and that the feeling of love – though it can be very intense – is far from reliable. One does, in fact, sometimes feel utterly weary of those one loves, frustrated, disappointed (and not nearly in receipt of enough admiration and tenderness oneself).

Why would a corporation resort to sentimentality? What is sentimentality for in advertising? It’s partly an expression of deep anxiety: the anxiety that the audience is in no position to face reality. Sentimentality is a symptom of the sheer difficulty of ambivalence. Adverts don’t trust us enough to share a more complicated view of the world with us. They are – wrongly – afraid that we might run away completely if we were let in on the secret that their products can’t make us entirely happy, that they are good enough but not perfect and that corporations never really love their customers, they’re trying at best to make them a little happier in one or two areas of life.

Businesses are also tempted by sentimentality in their dealings with their own employees. When companies make general statements about how they approach their employees, the shadow side is typically missing. 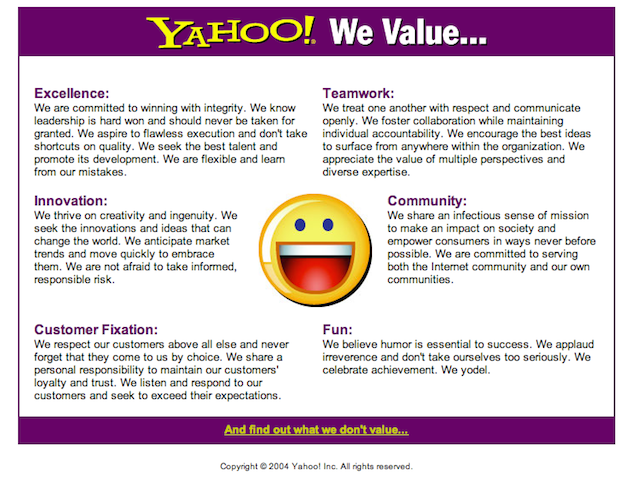 The mission statement doesn’t dare to tell us that teamwork is hard, or that sadly, a lot of work isn’t much fun. There’s a denial of the reality that the market inevitably creates tensions between the interests of shareholders and the interests of workers (and customers).

There are two causes of sentimentality in business. The first is a fear of the fragility of the audience, a worry that it won’t be able to cope with the truth. You think the truth is actually OK. But you fear that other people will get excessively agitated and upset. For businesses the shadow side is this: companies have to make a profit. Businesses have to follow demand. Employees sometimes have to be pushed quite hard or fired to raise profits. They are always means, not ends. Many decisions have to be based on the bottom line. Because these facts aren’t fantastic, companies get very nervous about being honest around them.

In fact, we’re by nature drawn not to the most delightful things, not to things which suppress the complexity of existence, but those which convey it, and yet still demonstrate a basic confidence and faith. 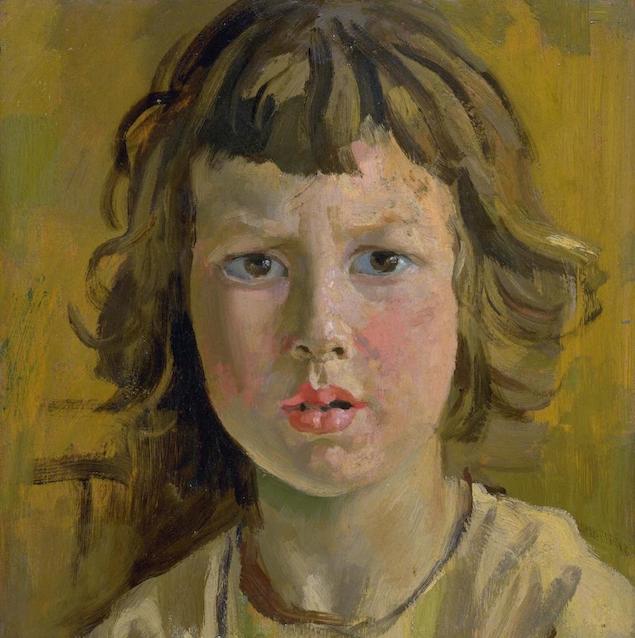 Augustus John’s portrait of his son is endearing because – unlike a more sentimental picture – the child feels real; he could be quite naughty and then very playful; he might maybe make a big fuss about eating broccoli and then pretend to be a lion with a very sore paw; he could be great at climbing trees but also quite mean to his younger sister. The truth is we don’t really warm to perfection; we are too quickly conscious of the lie. But this is an insight that tends to fade quickly. When imagining how to get other people to like us or be loyal to our company or interested in something we’d like to sell them, we too often feel we have to omit all the weaknesses and rough bits. But it’s not what we actually warm to ourselves if we reflect on our experience.

The second reason for business sentimentality is darker. People sometimes get very sentimental when they feel very guilty, when something pretty bad is going on just off-stage. It’s a kind of bubble wrap around brutish things.

A company that’s mostly spending time desperately trying to extract every cent of profit from its customers will – in a kind of reactive excess – declare it’s love for them:

Societies or businesses with a backdrop of pretty cynical attitudes – where there’s actually a lot of very brutal employee-employer relations and a lot of disrespect for customers – are also often those where there’s a lot of overcompensatory moves. When the sugar coating has to be very thick, it’s often a sign of something pretty bitter underneath. A company which has traditionally not been very concerned about its impact on the environment might – in a sentimental boomerang move – feel very drawn to representing itself with dolphins. 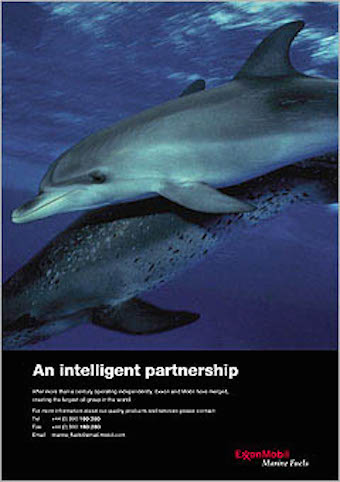 The solution to this sort of sentimentality is to relieve the pressure of a bad conscience by changing one’s ways.

In the Utopia, there would be less brutality, and therefore less cynicism and less sentimentality. We’d be able to discuss the truth – because the truth felt bearable.