Martin Heidegger - The School Of Life

The field is not without other distinguished contestants, but in the competitive history of incomprehensible German philosophers, Martin Heidegger must, by any reckoning, emerge as the overall victor. Nothing quite rivals the prose of his masterpiece Being and Time (1927) in terms of contortions and the sheer number of complex compound German words which the author coined, among them ‘Seinsvergessenheit’ (Forgetfulness of Being), ‘Bodenständigkeit’ (Rootedness-in-soil) and ‘Wesensverfassung’ (Essential Constitution). 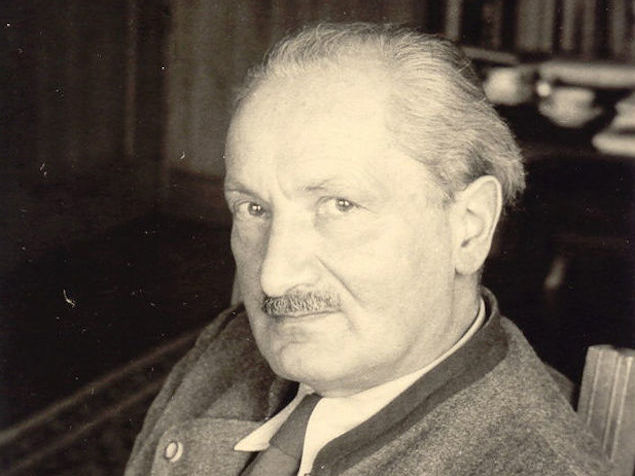 At first, it is likely to be puzzling and perhaps irritating, but gradually, one may warm to the style and understand that beneath its vaporous surface, Heidegger is telling us some simple, even at times homespun truths about the meaning of our lives, the sicknesses of our time and the routes to freedom. We should bother.

He was born, and in many ways remained, a rural provincial German, who loved picking mushrooms, walking in the countryside and going to bed early. He hated television, aeroplanes, pop music and processed food. Born in 1889 to a poor Catholic family, he became an academic star after the publication of Being and Time – but made the fatal misstep of taking Hitler at his word in the mid 1930s (he wasn’t alone). He hoped that the Nazis would restore order and dignity to Germany and, to fit in with the mood of the times, he made a few fiery speeches and tried to ban Jewish academics from Freiburg University, where he was rector. One can almost forgive him this period of lunacy, for which he paid dearly and repented for over decades – in his own way. After Germany’s defeat in 1945, he was hauled in front of a Denazification Commission and was forbidden to teach until the end of the decade. Amazingly (it was a testimony to the appeal of his ideas), his career gradually revived, though he spent more and more time in a hut he owned in the woods, away from modern civilisation, until his death in 1976. 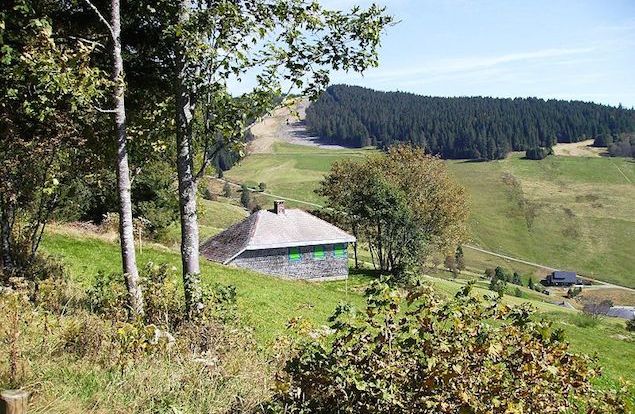 Throughout his career, he sought to help us live more wisely. He wanted us to be braver about facing up to certain truths, and to lead richer, more thoughtful, happier lives. Philosophy was no academic exercise. It was – as it had been for the Ancient Greeks – a spiritual vocation and a form of therapy. He diagnosed modern humanity as suffering from a number of new diseases of the soul:

One: We have forgotten to notice we’re alive

We know it in theory, of course, but we aren’t day-to-day properly in touch with the sheer mystery of existence, the mystery of what Heidegger called ‘das Sein’ or ‘Being’. Much of his philosophy is devoted to trying to wake us up to the strangeness of existing on a planet spinning in an otherwise seemingly silent, alien and uninhabited universe.

It’s only at a few odd moments, perhaps late at night, or when we’re ill and have been alone all day, or are on a walk through the countryside, that we come up against the uncanny strangeness of everything: why things exist as they do, why we are here rather than there, why the world is like this, why that tree or this house are the way they are. To capture these rare moments when the normal state of things wobbles a little, Heidegger talks, with capital letters, of the Mystery of Being. His entire philosophy is devoted to getting us to appreciate, and respond appropriately to, this rather abstract but crucial concept.

For Heidegger, the modern world is an infernal machine dedicated to distracting us from the basic wondrous nature of Being. It constantly pulls towards practical tasks, it overwhelms us with information, it kills silence, it doesn’t want to leave us alone – partly because realising the mystery of Being has its frightening dimensions. Doing so, we may be seized by fear (‘Angst’) as we become conscious that everything that had seemed rooted, necessary and oh-so-important may be contingent, senseless and without true purpose. We may ask why we have this job rather than that one, are in a relationship with one person rather than another, are alive when we might so easily be dead… Much of daily life is designed to keep these odd, unnerving but crucial questions at bay. 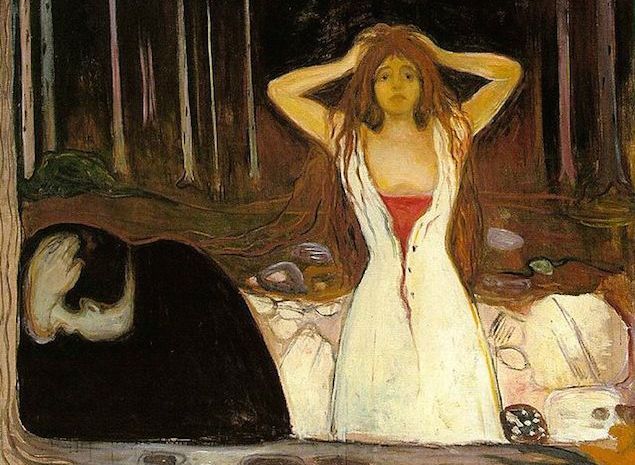 What we’re really running away from is a confrontation with – and even non-German speakers might respond to the sonorous depth of this key Heideggerian term – ‘das Nichts’ (The Nothing), which lies on the other side of Being.

The Nothing is everywhere, it stalks us, it will swallow us up eventually, but – Heidegger insists – a life is only well lived when one has taken Nothingness and the brief nature of Being on board – as we might do when, for example, a gentle evening light gives way to darkness at the end of a warm summer’s day in the foothills of the Bavarian alps. 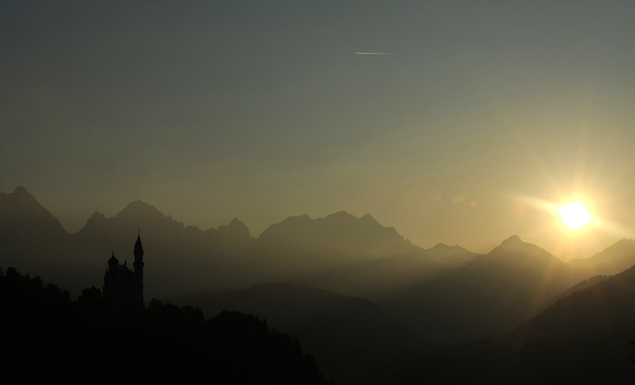 Two: We have forgotten that all Being is connected

We look at the world through the prism of our own narrow interests. Our professional needs colour what we pay attention to and bother with. We treat others and nature as means and not as ends.

But occasionally (and again walks in the country are particularly conducive to this realisation), we may be able to step outside our narrow orbit and take a more generous view of our connection with the rest of existence. We may sense what Heidegger termed the Unity of Being, noticing – in a way we hadn’t previously – that we, and that ladybird on the bark, and that rock, and that cloud are all in existence right now and are fundamentally united by the basic fact of Being. 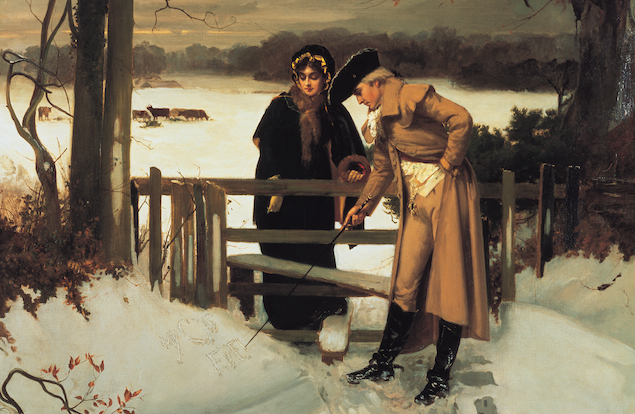 Heidegger values these moments – and wants us to use them as the springboard to a deeper form of generosity, an overcoming of alienation and egoism and a more profound appreciation of the brief time that remains to us before ‘das Nichts’ claims us in turn.

Three: We forget to be free and to live for ourselves

Much about us isn’t, of course, very free. We are – in Heidegger’s unusual formulation – ‘thrown into the world’ at the start of our lives: thrown into a particular and narrow social milieu, surrounded by rigid attitudes, archaic prejudices and practical necessities not of our own making.

The philosopher wants to help us to overcome this ‘Thrownness’ (this ‘Geworfenheit’) by understanding its multiple features. We should aim to grasp our psychological, social and professional provincialism – and then rise above it to a more universal perspective.

In so doing, we’ll make the classic Heideggerian journey away from ‘Uneigentlichkeit’ to ‘Eigentlichkeit’ (from Inauthenticity to Authenticity). We will, in essence, start to live for ourselves. 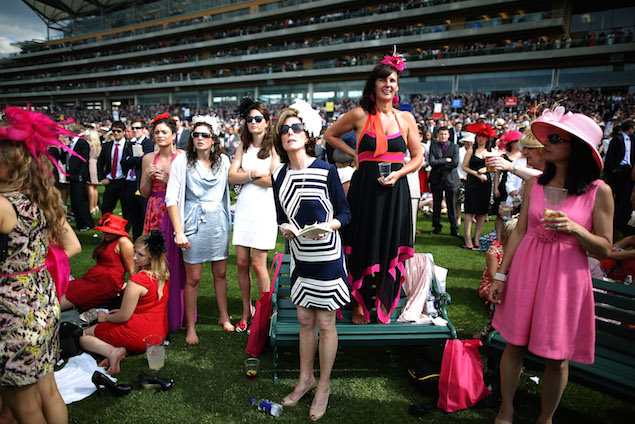 And yet most of the time, for Heidegger, we fail dismally at this task. We merely surrender to a socialised, superficial mode of being he called ‘they-self’ (as opposed to ‘our-selves’). We follow The Chatter (‘das Gerede’), which we hear about in the newspapers, on TV and in the large cities Heidegger hated to spend time in.

What will help us to pull away from the ‘they-self’ is an appropriately intense focus on our own upcoming death. It’s only when we realise that other people cannot save us from ‘das Nichts’ that we’re likely to stop living for them; to stop worrying so much about what others think, and to cease giving up the lion’s share of our lives and energies to impress people who never really liked us in the first place. ‘Angst’ about ‘The Nothing’, though uncomfortable, can save us: awareness of our ‘Sein-zum-Tode’ (our ‘Being-toward-death’) is the road to life. When in a lecture, in 1961, Heidegger was asked how we might recover authenticity, he replied tersely that we should simply aim to spend more time ‘in graveyards’. 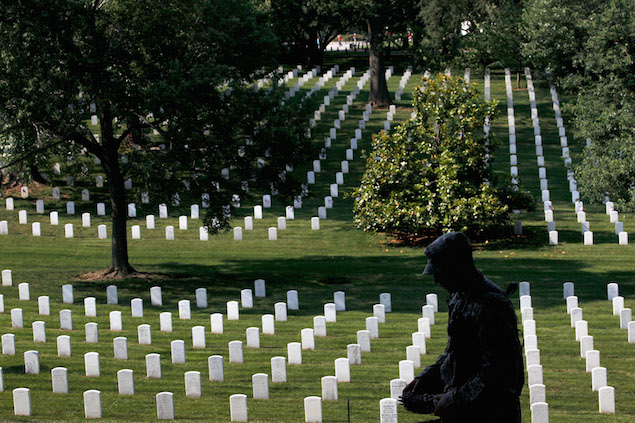 Four: We treat others as objects

Most of the time, without quite meaning to, we treat people as what Heidegger terms ‘Equipment’: ‘das Zeug’ – as if they were tools, rather than Beings in Themselves.

The cure for this selfishness lies in exposure to great art. It is works of art that will help us to step back from ourselves and appreciate the independent existence of other people and things. 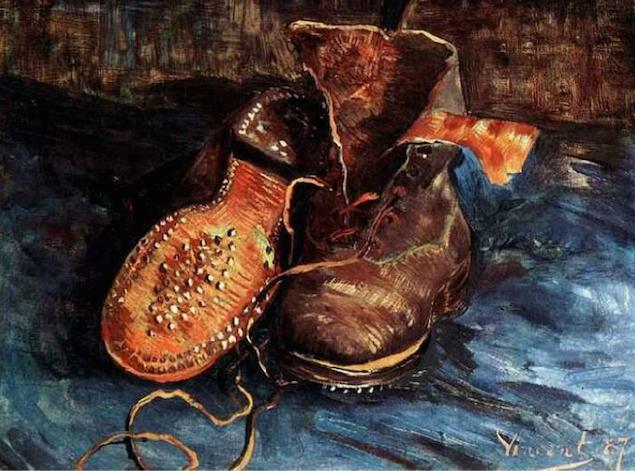 Heidegger elaborated this idea in the course of a discussion of a painting by Van Gogh of a pair of peasant shoes. Normally, we don’t pay much attention to shoes, they are merely another bit of ‘equipment’ that we need to get by. But when they are presented to us on a canvas, we’re liable to notice them – as if for the first time – for their own sakes.

The same might happen to us when confronted by other bits of the natural and the man-made world represented by great artists. Thanks to art, we’ll feel a new kind of ‘Care’ (‘Sorge’) for Being that lies beyond our selves.

It would be lying to say that Heidegger’s meaning and moral is ever very clear. Nevertheless, what he tells us is intermittently fascinating, wise and surprisingly useful. Despite the extraordinary words and language, in a sense, we know a lot of it already. We merely need reminding and emboldening to take it seriously, which the odd prose style helps us to do. We know in our hearts that it is time to overcome our ‘Geworfenheit’, that we should become more conscious of ‘das Nichts’ day-to-day, and that we owe it to ourselves to escape the clutches of ‘das Gerede’ for the sake of ‘Eigentlichkeit’ – with a little help from the graveyard.

Few philosophers have achieved fame as cooks. However, many of their theories can be perfectly explained through the medium of food. Here we inaugurate a new series, Philosophy in the Kitchen, by considering the work of Martin Heidegger, with the help of shrimp, jelly babies and other foods.