On Feedback - The School Of Life

For most of human history and in almost all places it would have seemed absurd for employers to give their employees personal feedback. It was out of the question that the boss could get together with a member of staff and appraise their work, ask about their feelings, attitudes, hopes and ambitions. The basic relationship was of command on one side and obedience on the other. In teaching, there was a strict separation of master and pupil; there were those who gave the orders and those who did what they were told. And if they were slow to do so, there were plenty of punishments on hand. The most widespread management tool was the whip.

Things have changed today for one central reason. Not because bosses are nicer, but because the tasks of business are more psychologically complex than in the past. There’s been an entirely practical and hard-nosed realisation that to get the best performance, people need to be psychologically in a good place: which means well-motivated, in good spirits, even enthusiastic and eager around the tasks they are doing. This is the only way not to waste a lot of money. 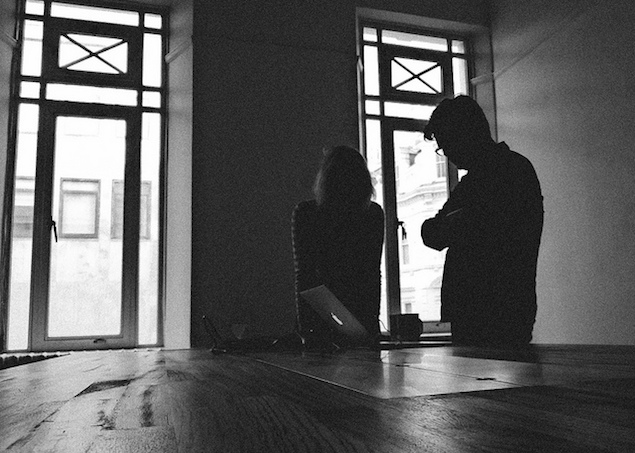 In the past, when much work was purely routine, and dependent primarily on flexing the body, management didn’t care so much about what was happening inside the head of the workforce. An unhappy person can type, or hack coal, as fast as a jolly one; a broken-hearted individual can add figures or stick labels as quickly as one who has a spring in their step. The psychology of the worker or employee didn’t seem like a significant factor in the success of an enterprise.

Today, however, command is no longer enough. Shouting is ineffective as a way of getting people to perform particular tasks well. The whip has ceased to be useful. Work has changed from being physical or mechanical in character to becoming much more psychological. The task might be to come up with a more intriguing kind of packaging; to get the front of house staff to listen more empathetically to the demands of difficult customers; to get a sales force to believe in the merits of a new product, so they can sell it wholeheartedly; to get an IT manager to be more creative in the way they interact with other sectors of the business. For all these kinds of tasks it becomes crucial to get the employee into the right frame of mind. Their sheer technical skill isn’t enough. Their motives, attitudes, outlook – their character – become important factors in how the business goes. So, even if they don’t especially relish the task, the senior management need to take the mental well-being of the employee very seriously. We have moved from the era of physical management to that of psychological management. 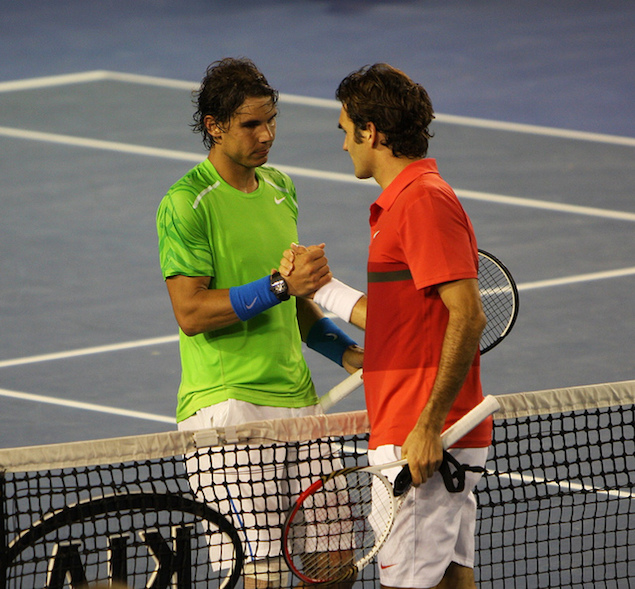 There is also a more inspiring idea that can be taken from elite sports. The very best tennis players don’t only spend a lot of time working to perfect their service or backhand crosscourt return. They have long ago realised that the top tournaments are won, in significant measure, in their heads. Their ability to master a range of psychological skills are at the heart of their success. They need to know how to be unruffled by huge pressure; how to handle self-doubt; how to have the confidence to come back after a string of errors… The great player has a life full of psychological feedback – and is good around it.

The office feedback session is currently our society’s main way of addressing what we can call the Psychological Obstacles to the success of a business. Companies recognise that they need to give feedback on various habits of mind – on the distortions or neuroses of character – that get in the way of good performance and hence of profitability. 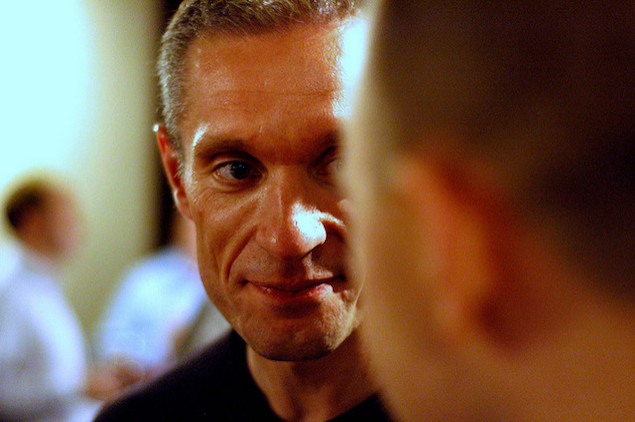 In any office, the Psychological Obstacles of staff will – for certain – include some of the following:

Dangerous Independence: the loner who doesn’t share information or who is averse to drawing on the skills and insights of other people.

Disguised Ignorance: the person who tends to hide whatever they don’t know. They give the impression of being entirely on top of an issue, only for it to emerge later that they were very unsure of what they were doing.

Poor teaching skills: someone who can’t transmit, effectively, what they know to those who need to share it.

Poor learning skills: the individual who doesn’t listen properly when something is being explained.

Despair and pessimism: the trait of always anticipating disaster and spreading gloom around the office.

Over-optimism and naivety: the resistance to digging into issues to discover the real troubles. Breeziness.

Reluctance to accept guidance, because guidance is experienced as humiliating.

A tendency to under-confidence and lack of ambition; the person who doesn’t like to acknowledge the scale of the opportunity: a lack of grandeur.

Impatience: primarily interested in ticking the boxes fast; they don’t enter into the spirit of the tasks.

Cynicism: the person who doesn’t believe the company is honourable; they feel the employers don’t care about them: they’re disengaged, resentful and a bit sullen.

Social awkwardness: a lack of confidence and shame makes people unable to present themselves confidently and with a measure of charm to others.

Each of these habits of mind is connected to how a project could fail. They are psychological obstacles to prosperity. To be more profitable, you need to crack these. Their collective costs to the economy is quite simply immense. Businesses currently recognises these symptoms, but are generally not at all able to cure them. 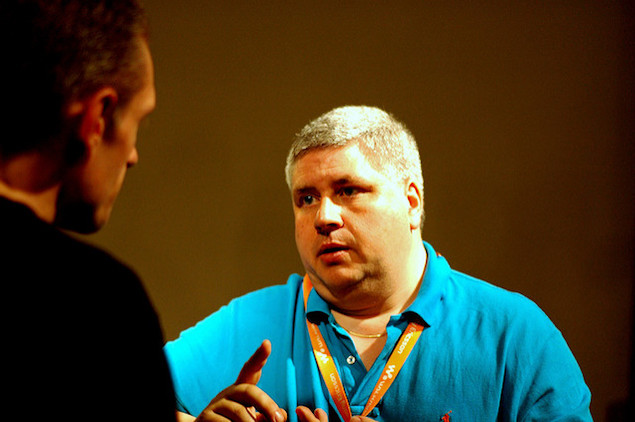 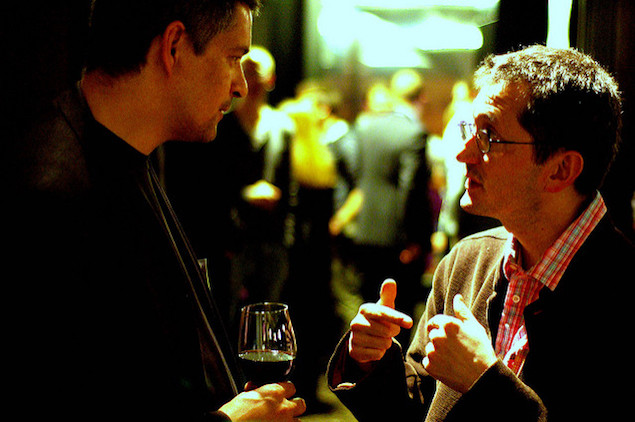 The human brain is such a complicated, strange entity. Trying to adjust a person’s outlook or habits is a little like attempting to perform surgery. Except around surgery the difficulties have long been acknowledged. Removing a cataract, say, is reserved for highly trained experts, working in very carefully designed environments. However, the average company assigns feedback, which is a no less delicate and important task – the task of attempting to sort out someone’s thoughts in their head and reform their character – to an executive who has read a couple of journal articles and, at best, attended a one day seminar in a hotel outside the city. There’s, astonishingly, still not much training. The company doesn’t really take the task of overcoming psychological obstacles seriously – the senior people don’t spend a lot of time talking to each other about how to improve feedback and how highly they regard anyone who is good at it. We’ve broadly accepted the idea that work is a place where you acquire skills. But we’re still only just getting round to the notion that one of the skills – and maybe the most important – is that work is, and has to be, an agent of emotional education, a creator of maturity. 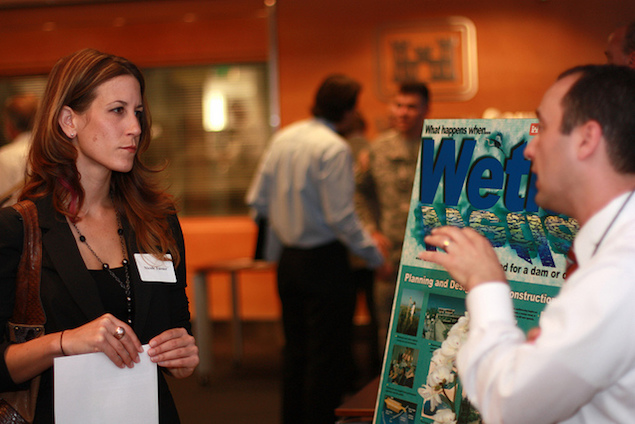 Feedback may seem at first like a small issue of office routine. But it is a place where we can see the economy of the future starting to emerge. It begins to address the question of the kind of education we need, collectively, in order to get a great economy. We are still at the very early stages of psychological training in the workplace. Businesses have long accepted the need for special education – and know they can’t do it all themselves alongside their normal activities (it wouldn’t occur to businesses to train people to write; they accept there needs to be schools for this sort of thing). In the utopia, all Business Schools would be providing a very thorough and astute emotional education. At the moment, maths and the sciences tend to be most highly valued. This fashion derives from an analysis of what was most missing from business in the past. Today, we can get machines to do the maths. What we are short of is psychological sophistication and health.