Theodor Adorno - The School Of Life

Theodor Wiesengrund Adorno was born in Frankfurt in 1903 into a wealthy and cultured family. His father, a wine merchant, was of Jewish origin but had converted to Protestantism at university. Teddy (as his closest friends called him) was an extremely fine pianist from a young age. Until his twenties, he planned for a career as a composer, but eventually focused on philosophy. In 1934, he was barred, on racial grounds, from teaching in Germany. So he moved to Oxford and later to New York and then Los Angeles. He was both fascinated and repelled by Californian consumer culture – and thought with unusual depth about suntans and drive-ins. After the war, he returned to West Germany, where he died in 1969, at the age of 64. 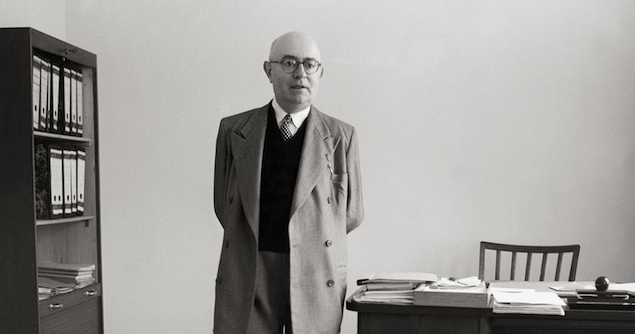 Adorno believed that intellectuals should band together to change society, and he was closely connected with the pioneering Institute of Social Research, which had been founded and funded by his friend Felix Weil (whose father was a hugely successful commodities trader). The Institute aimed to develop a psychological understanding of the problems thrown up by modern capitalism. It focused not so much on the hard economic aspects of life so much as on the culture and mindset of capitalism.

Adorno drew attention to three significant ways in which capitalism corrupts and degrades us:

Although Adorno didn’t overlook issues like working legislation and the revision of the taxation system, he believed that the primary focus for progressive philosophers should be the study of how the working and middle classes of developed nations think and feel – and in particular, the manner in which they spend their evenings and weekends.

Adorno had a highly ambitious view of what leisure time should be for. It was not to relax and take one’s mind off things. Adorno argued that leisure had a great purpose to serve: free time – and the cultural activities we might pursue in it – was our prime opportunity to expand and develop ourselves, to reach after our own better nature, and to acquire the tools with which to change society. It was a time when we might see certain specific films that would help us to understand our relationships with new clarity, or to read philosophy and history books that could give us fresh insights into politics or to listen to the kinds of music that would give us courage to reform ourselves and collective life. 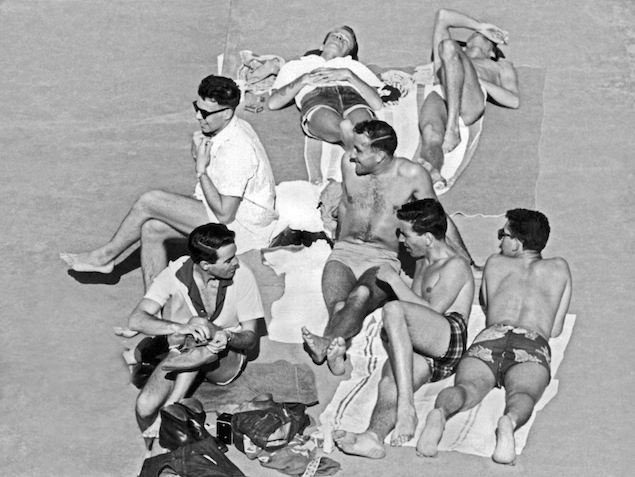 But, in the modern world, Adorno bemoaned that leisure had fallen into the hands of an omnipresent and deeply malevolent entertainment machine he called ‘the culture industry,’ which occupied the same demonic place in his philosophy as religion had occupied in Marx’s. Modern films, TV, radio, magazines and now social media seemed for Adorno to be designed to keep us distracted, unable to understand ourselves and without the will to alter political reality. This was a new and catastrophically dangerous opium for the masses.

For example, the news, while ostensibly updating us on everything that is ‘important’, is – in Adorno’s view – simply there to feed us a mixture of salacious nonsense and political stories that scramble any possibility of understanding the open prison within which we exist. Journalists will self-righteously claim that they are giving us ‘the truth’ but they are themselves too busy, too scared of their bosses and too thoughtless to be in any position to offer such an elixir. Films for their part excite fears and desires wholly disconnected from the real challenges we face. We might spend two hours of our lives following the adventures of an alien invasion – while the real calamities of our world go unattended. Museums display works of art without allowing them to speak to the needs and aspirations of their audiences. We wander through galleries, silently admiring so-called ‘masterpieces’, while privately unsure what they really mean and why we should care. The culture industry likes to keep us like that: distracted, pliant, confused and intimidated. As for pop music, this focuses relentlessly on the emotions around Romantic love, selfishly suggesting to us that happiness can only come from meeting one very special person, rather than awakening us to the pleasures of community and of a more broadly distributed human sympathy. 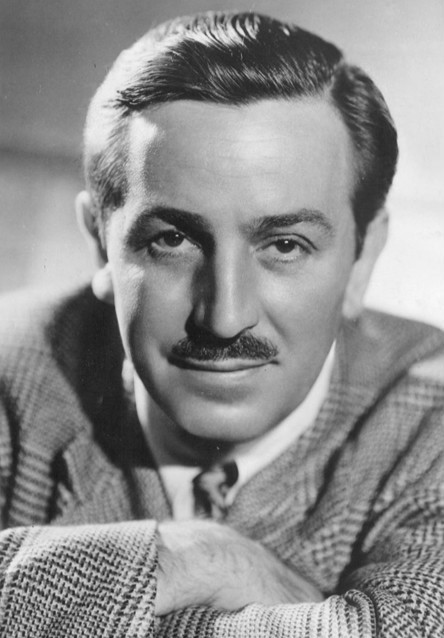 Adorno was so strict on the cultural output of his age because he believed in the highest possibilities for culture. It wasn’t there to help us pass the time, impress the neighbours or drug us into momentary cheerfulness. It was to be nothing less than a therapeutic tool to deliver consolation, insight and social transformation. No wonder he perceptively described Walt Disney as the most dangerous man in America.

2. Capitalism doesn’t sell us the things we really need

Because of the huge range of consumer goods available in modern capitalism, we naturally suppose that everything we could possibly want is available. The only problem, if there is one, is that we can’t afford it.

But Adorno pointed out that our real wants are carefully shielded from us by capitalist industry, so that we end up forgetting what it is we truly need and settle instead for desires manufactured for us by corporations without any interest in our true welfare. Though we think we live in a world of plenty, what we really require to thrive – tenderness, understanding, calm, insight – is in painfully short supply and utterly disconnected from the economy. 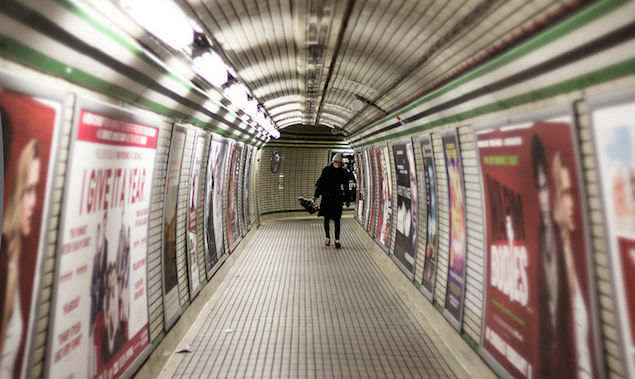 Instead, capitalism’s tool of mass manipulation, advertising, exploits our genuine longings to sell us items that will leave us both poorer and psychologically more depleted. An advert will show a group of friends walking along a beach chatting amiably; or a family having a picnic and laughing warmly together. It does this because it knows we crave community and connection. But the industrial economy is not geared to helping us get these things; it would indeed prefer to keep us lonely and consuming. So at the end of the advert, we’ll be urged to buy some 25-year-old whisky or a car so powerful, no road would ever let us legally drive it at top speed.

Adorno was writing at the dawn of the age of the psychological questionnaire. These were widely in use in the United States where they measured consumer attitudes and commercial behaviour. 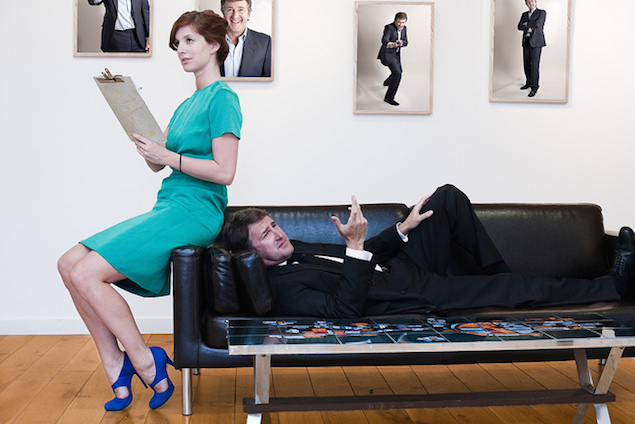 Adorno was intrigued by the underlying concept of the questionnaire, and together with colleagues, devoted himself to designing a rather different kind questionnaire: one designed to spot fascists – rather than possible purchasers of new washing powders.

The questionnaire asked contributors to assess their level of agreement with statements like:

– Obedience and respect for authority are the most important virtues children should learn.

– A person who has bad manners, habits, and breeding can hardly expect to get along with decent people.

–  If people would talk less and work more, everybody would be better off.

– When a person has a problem or worry, it is best for him not to think about it, but to keep busy with more cheerful things.

After a battery of such enquiries, Adorno felt confident that he would be able to detect the fascists lingering in the new generation. Given the traumas Germany had just been through, it is no surprise that Adorno gave his questionnaire – and what he called ‘the F scale’ – such attention.

But a more widely applicable lesson to be drawn from this experiment concerns the need to change politics not just through legislation and agitation, but also through psychology. Psychology precedes politics. Long before someone is racist, homophobic or authoritarian, they are – Adorno skilfully suggested – likely to be suffering from psychological fragilities and immaturities which it is the task of society as a whole to get better at spotting and responding to. 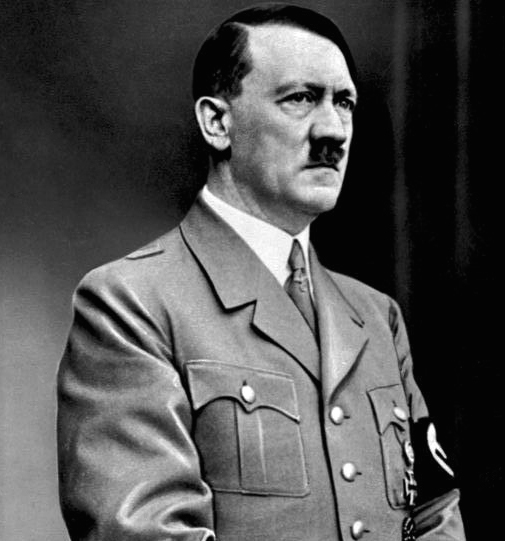 Rather than leaving problems to fester so long that there is eventually no way to deal with them other than through force (exerted by the police or the military), we should learn to understand the psychology of everyday insanity from the earliest moments. Adorno and his team sent the F-scale to every school in West Germany. Freud should have been able to get to Hitler before the Red Army and General Patton did. Psychotherapy wasn’t a rarified, private, middle-class indulgence. For Adorno, it should rightly take its place at the vanguard of progressive social transformation.

Adorno recognised, very unusually, that the primary obstacles to social progress are cultural and psychological rather than narrowly political and economic. In truth, we already have the money, the resources, the time and the skills to make sure everyone sleeps in an attractive house, stops destroying the planet, is given a fulfilling job and feels supported by the community. The reason why we continue to suffer and hurt one another is first and foremost because our minds are sick. This is the continuing provocation offered by the beguiling and calmly furious work of Theodor Adorno.