Adam Smith - The School Of Life

Adam Smith is our guide to perhaps the most pressing dilemma of our time: how to make a capitalist economy more humane and more meaningful.

He was born in Scotland in Kirkcaldy – a small manufacturing town – near Edinburgh in 1723. He was a hard working student and very close to his mother. In his childhood, he was briefly kidnapped by gypsies. As an adolescent, though from the middle class, he toured France with the grandest young aristocrat of his time, with whom he’d struck up a close friendship. He then became an academic philosopher, wrote a major book about the importance of sympathy and lectured on logic and aesthetics. He had a charming smile. His study was usually very messy. 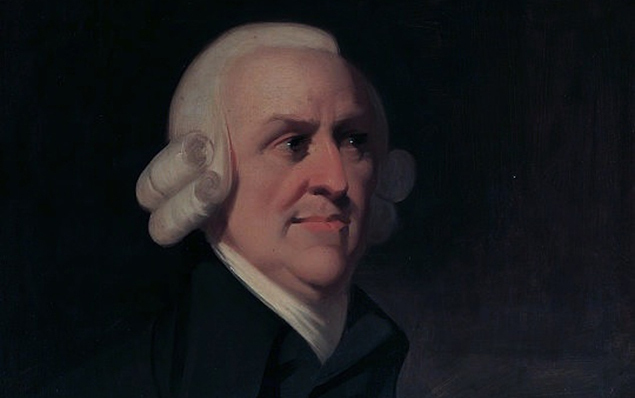 He was also one of the greatest thinkers in the history of economics – in part because his concerns went far beyond the economic. He wanted to understand the money system because his underlying ambition was to make nations and people happier. In his time, that would normally have meant getting interested either in religion or in government. Intellectual debate was dominated by passionate discussions about the role of the church and the foundations of the state. But Smith insisted that what philosophers should really worry about is the economy: how money is earned, how it is spent and who gets how much for doing what.

Smith remains an invaluable guide to four ideas, which can help us to create a better kind of capitalism:

When one considers the modern world of work, two facts stand out:

– modern economies produce unprecedented amounts of wealth (for the elite).

– many ordinary people find work rather boring and, a key complaint, meaning-less.

The two phenomena are (strangely) intimately related, as Adam Smith was the first to understand through his theory of specialisation. He argued that in modern businesses, tasks formerly done by one person in a single day could far more profitably be split into many tasks carried out by multiple people over whole careers. 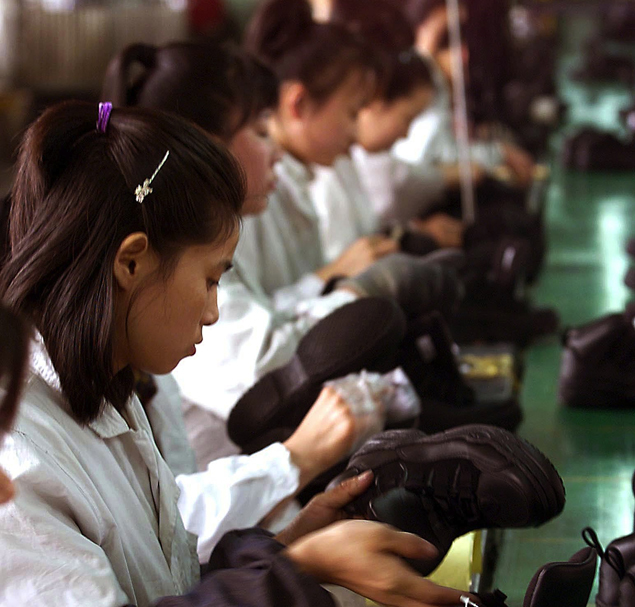 Smith hailed this as a momentous development: he predicted that national economies would become hugely richer the more specialised their workforces became. A country where people made their own bread for breakfast, had a go at building their own houses in the morning, tried to catch fish for lunch and educated their children themselves in the afternoon was doomed to poverty. Far better to split everything up into individual areas of expertise and encourage people to trade their needs and talents.

One sign our world is now so rich, Smith could tell us, is that every time we meet a stranger, we’re unlikely to understand what they do. The mania for incomprehensible job titles – Logistics Supply Manager, Packaging Coordinator, Communications and Learning Officer – prove the economic logic of Smith’s insight. 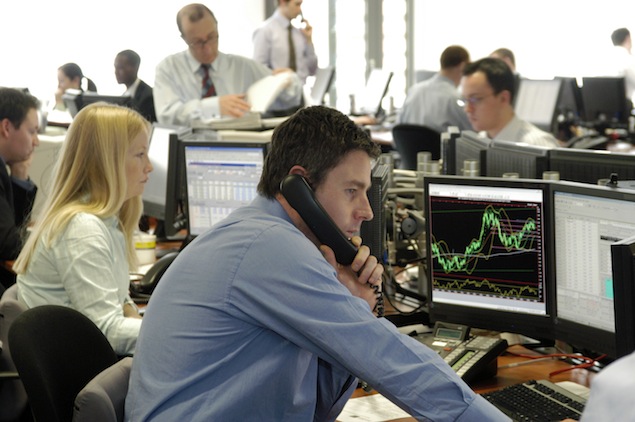 But there is one huge problem with specialisation: meaning. The more jobs are subdivided, the less likely every job is to feel meaningful, because what we call meaning emerges from a visceral impression that one is engaged in something which is making a difference to someone else’s life. When businesses are small and their processes contained, this sense of helping others is readily available, even if one’s doing nothing grander than running a small clothes shop or a bakery. But when everything is industrialised, one ends up as a tiny cog in a gigantic machine whose overall logic (though present, and available to the management) is liable to be absent from the minds of people lower down in the organisation. A company with 150,000 employees distributed across four continents, making things that take five years from conception to delivery, will struggle to maintain any sense of purpose and cohesion.

So horrified were some thinkers by the implications of specialisation, they argued we should go back to an artisanal economy (the great fantasy of philosophers in the 19th century). But Smith was more inventive. He discerned that what many workers in advanced economies lack is a satisfying story about how their individual efforts fit into the bigger scheme; how they are helping other people and serving society. 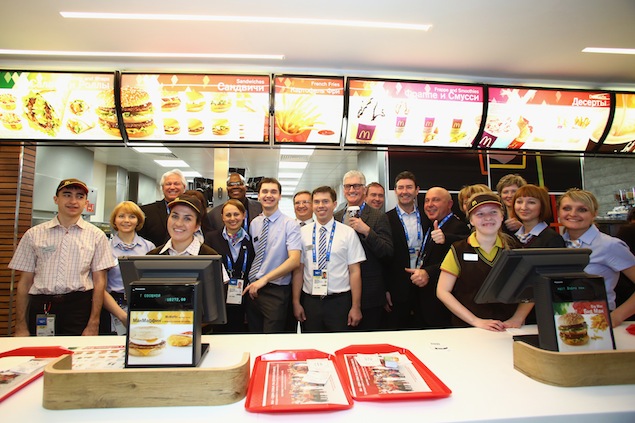 Bosses of the specialised corporations of modernity therefore have an additional responsibility to their workers: reminding them of the purpose, role and ultimate dignity of their labour.

Smith’s age saw the development of what we’d now call consumer capitalism. Manufacturers began turning out luxury goods for a broadening middle class. Shopping arcades sprang up, as did fashion magazines and homeware brands. Some commentators were appalled. The philosopher Jean-Jacques Rousseau wished to ban ‘luxury’ from his native Geneva and return to a simpler way of life. He was a particular fan of ancient Sparta and argued that his city should copy its austere, martial lifestyle.

Disagreeing violently, Smith pointed out to the Swiss philosopher that luxury goods and stupid consumerism in fact had a very serious role to play in a good society – for it was they that provided the surplus wealth that allowed societies to look after their weakest members. Yes, consumer societies might not have the surface moral rigour of Sparta, but they qualified as properly moral on a different score: that they didn’t let young children and the old starve, for they could afford hospitals and poor relief. All those embroidered lace handkerchiefs, jewelled snuff-boxes and miniature temples made of cream for dessert were unnecessary and flippant no doubt, but they encouraged trade, created employment and generated immense wealth – and had to be defended on that score. 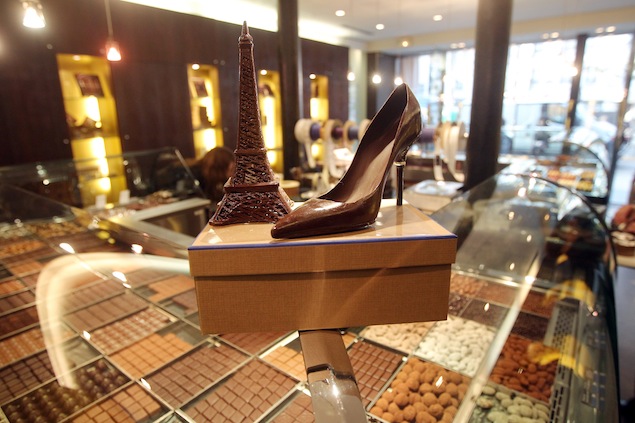 If Smith had ended it there, it would have made for an uncomfortable choice (either the silliness of consumer capitalism or the oppressive austerity of Sparta – or North Korea). But Smith held out some fascinating hopes for the future: consumption didn’t invariably have to involve idiotic and frivolous things. He observed that humans have many ‘higher’ needs that are in fact very sensible and good, and yet that currently lie outside of capitalist enterprise: among these, our need for education, for self-understanding, for beautiful cities and for rewarding social lives.

The capitalism of today still hasn’t quite got around to resolving the awkward choices Smith and Rousseau circled. But the hope for the future is that we won’t forever merely be making money off degrading or superficial consumer needs (pumping out ever more greetings cards or sneakers). We’ll also learn to generate sizeable profits from helping people in truly important, ambitious ways. Psychotherapy should, for example, rightly be one of the gargantuan industries of the later 21st century.

3. How to treat the Rich

Then as now, the great question was how to get the rich to behave well towards the rest of society. The Christian answer to this was: make them feel guilty; show them the sufferings of the poor and appeal to their consciences. Meanwhile, the radical, left-wing answer was: raise taxes. But Smith disagreed with both approaches: the hearts of the rich were likely to remain cold and high taxes would simply lead the rich to flee the country. 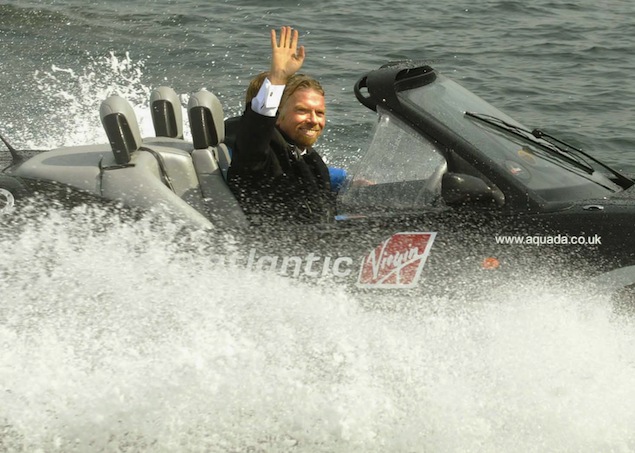 He arrived at more original and more subtle recommendations thanks to a theory about what the rich really want. He proposed that, contrary to what one might expect, it isn’t money the rich really care about. It is honour and respect. The rich accumulate money not because they are materially greedy, but because they are emotionally needy. They do so primarily in order to be liked and approved of. 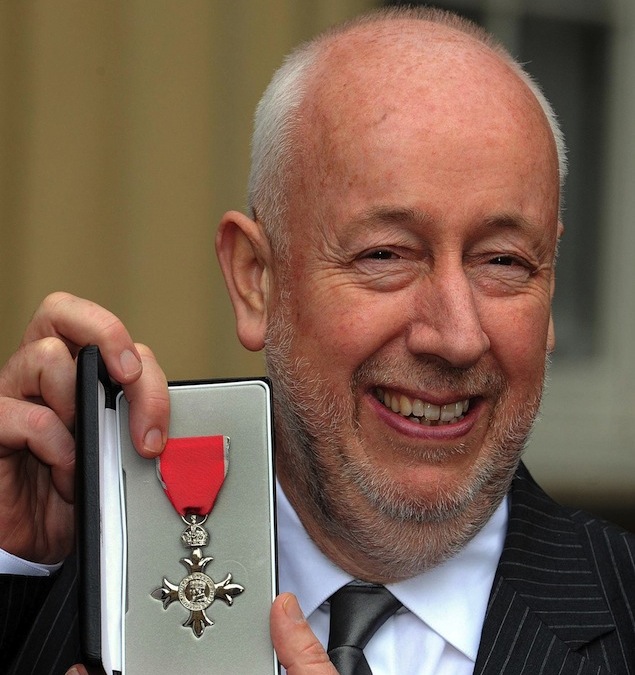 This vanity provides wise governments with a highly useful tool. Rather than taxing the rich, these governments should learn to give the rich plenty of honour and status – in return for doing all the good things that these narcissists wouldn’t normally bother with, like funding schools and hospitals and paying their workers well.

As Smith put it, “The great secret of education is to direct vanity to proper objects.”

Big corporations feel very evil to us now, the natural targets of blame for low-paying jobs, environmental abuse and sickening ingredients. But Adam Smith knew there was an unexpected, and more important, element responsible for these ills: our taste. Collectively, it is we, the consumers, who opt for certain kinds of ease and excitement over others. And once that basic fact is in place, everything else follows in the slipstream. It’s not companies that primarily degrade the world. It is our appetites, which they merely serve. 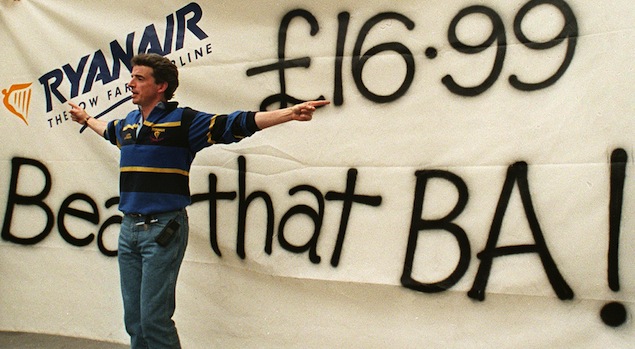 As a result, the reform of capitalism hinges on an odd-sounding, but critical task: the education of the consumer. We need to be taught to want better quality things and pay a proper price for them, one that reflects the true burden on workers and the environment.

A good capitalist society doesn’t therefore just offer customers choice, it also spends a considerable part of its energies educating people about how to exercise this choice in judicious ways. Capitalism needs to be saved by elevating the quality of demand.

The economic state of the world can seem at once so wrong and yet so complicated, we end up collapsing into despair and passivity.

Adam Smith is on hand to lend us confidence and hope. His work is full of ideas about how human values can be reconciled with the needs of businesses. He deserves our ongoing attention because he was interested in an issue that has become a leading priority of our own times: how to create an economy that is at once profitable and civilised.