What Community Centres Should Be Like - The School Of Life

Although our societies have, in theory, a very high regard for the idea of community, it is telling that, in practice, ‘community centres’ are often the most uninspiring and unlovely of all buildings. They can be architecturally very undistinguished, they may have been vandalised and not patched up properly, they can be home to desperate or intimidating figures – and they may offer little for people who don’t have an interest in table tennis, bingo or snooker. 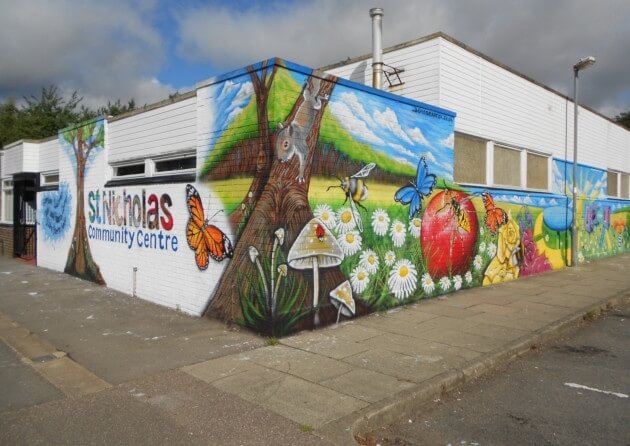 By being less than inspiring, our current community centres unwittingly imply that there must be some form of conflict between an investment in ‘community’ and our deeper hopes for fulfilment for ourselves. Instead of countering individualism, the centres may paradoxically spur on more private forms of ambition, hinting that the drive for personal success should be paramount, for we might otherwise have no option but to spend our days in compromised surroundings. Rather than bolstering community, these centres whisper to us that communal enthusiasm would be something to lean on only when other, better hopes had already failed.

Whatever their many doctrinal and institutional flaws, religions have been experts at building a properly inspiring sense of community. Even those who lack any interest in the faith-based aspects of religion tend to feel a degree of respect, even nostalgia, for the way in which religions have attenuated loneliness, brought together people from very different walks of life and framed the idea of being in a group in the most dignified and ambitious terms. The example of religions opens up a richer sense of what community could be – and in particular and very concretely, it offers us a set of ideas about how we might go about constructing new kinds of community centres, which would capture the highest hopes for a more collective way of life.

The great religions have in general spared no expense in building their community centres. For many centuries, these centres – temples, mosques, synagogues, churches and cathedrals – were simply the most impressive structures in existence, whether private or public. Nothing could rival them in magnificence, grace and intelligence. To walk inside their high beamed ceilings, carved colonnades or painted porticoes, was to feel awed and moved by the majesty that underpinned them. 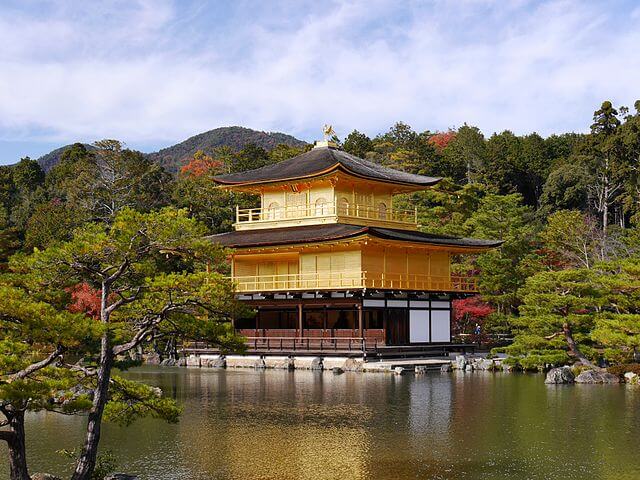 One’s home might be very comfortable and in its own way accomplished, but it could never be as visually delightful as the centres of communal worship. The finest architects would compete to work on them, the pride of a whole society would be directed towards them and the wealthy would be largely unresentful about helping to pay for them. There was, the architecture hinted, to be no conflict between the demands of the individual ego and collective pride. Dominating the skyline of pre-modern cities, the religious community centres proclaimed the superlative importance of collective life.

Any attempt to build on the legacy of religions would have to begin with similarly outstanding architecture; the community centres of the future would need to be unquestionably among the most attractive buildings in their districts. Rather than utilitarian sheds put up with maximal economy and minimal inspiration, they would need to leave users astonished at their refinement, comfort and artistry and different neighborhoods would engage in the healthiest kind of competition to ensure that theirs stood out among rivals. There would have to be pretty much nowhere else a person with options would rather spend their time in.

Religions have always taken care not just to bring us together, but also to introduce us to one another. They have sensed our otherwise dominant proclivity to stand next to people without ever opening our hearts to them, to inhabit the same space for a while but never to reveal our humanity. This explains why, at the start of a Catholic Mass, priests (or to give them their proper and telling designation, ‘hosts’) encourage the congregation to turn left and right and share a blessing with their neighbours (and perhaps later invite them for refreshments in the garden), or why at the festival of Purim, rabbis will suggest that the entire community drink and eat together in an atmosphere of sympathy and kindness. In the Zen Buddhist tea ceremony, the tea master or mistress will suggest conversation topics for the assembled company, and steer them towards themes of sincerity and meaning.

The modern secular world is not without a theoretical interest in communal spaces. Our cities abound in bars, clubs, cinemas and theatres. But what is striking is that such locations almost never facilitate meetings between people. They bring us together without for that matter helping us to throw off the inhibitions which hold us back from speaking (at least with any degree of honesty and profundity) to strangers. We eat together in large restaurants, but remain anonymous to all but the select group of individuals we came in with. We watch the same plays or films, but without any opportunity to share our emotions with those around us. We wander the cavernous halls of museums, carefully pretending that we are entirely alone.

The community centres of the future would take care to ensure that community is not simply a concept or an aspiration, but a lived reality. They would frame the rules of how we interact in their spaces – and insist that, once we were over the threshold, anyone could be approached without fear of intrusion or judgement. They would help us to feel that we were in a zone of safety and kindness and they would give us tools and rituals with which to express our desire for mutual support and self-revelation. There would be shared meals and special moments where we would be be able to ask questions with which to lever open our shyer, deeper selves. We would no longer be just physically together but also, an infinitely trickier yet more important proposition, psychologically together as well.

iii. A gathering of equals

At most gatherings in the secular world, the most common enquiry we field is around what we ‘do’ and according to how impressive our answer is, we will either be welcomed and feted – or else silently abandoned and ignored. The currencies of the social world are overwhelmingly financial and professional. No one is especially interested in whether we happen to be kind or nice.

It is this set of worldly priorities that religions have traditionally subverted in their community centres. Zen Buddhism insisted that all nobles leave their weapons (richly decorated markers of status) at the entrance of tea halls. At Friday prayers, Muslim congregations would deliberately mix up their members, so that a mule driver might be kneeling besides a doctor.

The community centres of the future would, in an analogous way, work at foregrounding a value system that differed from the dominant one in the world beyond their doors. Here what would count would be sincerity, kindness, imagination and a commitment to emotional connection. It would – for a little while – no longer matter so much ‘what one did’ so long as one knew how to acknowledge vulnerability and invest in fellowship.

Modern communal spaces tend to gather us together in order to eat, shop, watch or play sport. These may be important priorities at points, but they are only the start of what we might want or need to do while around other people.

What distinguished religions was that their community centres were places where one could perform psychological activities as opposed to merely material ones. Here one could – in the company of others – express one’s sorrows, celebrate beauty, give voice to longings for transcendence and offer and receive sympathy. Psychological needs were not relegated (as the secular realm now encourages) to so-called private life. Meaningful moments were not reserved for the home and relationships between couples or parents and their children. One’s heart might be touched to the core in a vast crowd.

In Catholic churches, even confessional boxes were placed in public view. The boxes might give privacy, but they were themselves conspicuous, signalling that an admission of our brokenness wasn’t shameful or strange – but was an admirable and noble act that everyone should regularly partake in.

In the community centres of the future, we wouldn’t merely be invited to swim and play badminton together, but also – at points – to have psychotherapy in beautifully designed adjoining booths.

v. Beyond the news

Religious buildings of old were, by their nature, in touch with the transcendent themes of existence: here one would gather to remember the lessons of someone who lived a thousand years before, or dwelt high in the heavens above. One’s mind would be drawn away from the concerns of the present moment by the sight of graves in the grounds outside or by plaques and scrolls detailing weddings and births from long ago. The grand language, the light filtering in from a distant oculus, and the relative quiet or background sound of water would all serve to still the mind and clear away its pettier present obsessions.

A visit to a community centre of the future should likewise broaden our psychological horizons, separating us from the concerns of the media-driven present and reconnecting us with time past and time future. The building would contain memorials to individual and collective tragedies and joys: a son lost at sea, a wedding ten summers before. The more resonant dimensions of existence would be kept in view and set up as worthy subjects of contemplation. The precise and often dismaying details of our own lives would matter less, we would be released from an ordinary preoccupation with ourselves – and immersed in the great cyclical truths.

Our societies are infinitely richer than those that built the great community centres of old. But our imaginations are – insofar as an interest in what is collective is concerned – a great deal more limited. We know how to build communal sports facilities, shopping centres, libraries and schools, but we are as yet unsure as to how to give public expression to a yet more significant longing in us: to make ourselves at home in the world and to open our hearts not only to kin (family), but also – to use a word that has almost dropped out of our vocabulary – to kith (acquaintances, neighbours, associates) as well.